Aggressive Repertoire Against the French Defence 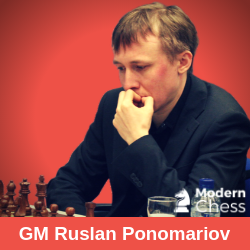 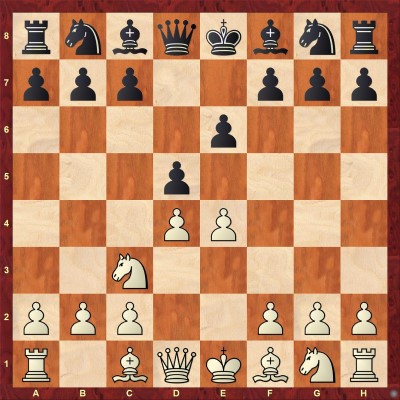 This the most ambitious weapon against the French Defence. The former World Champion GM Ruslan Ponomariov is playing this line almost exclusively and has tremendous experience with it. We are pleased to publish his first database for Modern Chess in which he analyzes two of the most popular replies for Black - the moves 3...dxe4 (Rubinstein Variation) and 3...Nf6 (Classical Variation). In the second part of his Anti-French series, he will provide a repertoire against Black's other options on move 3.
The author provides a repertoire based on his own games and experience. His accent was to explain all tactical and strategical ideas and also to reveal the secrets of the high-level preparation and the modern theory. Below you will find how the author describes his database.
This is my first work for Modern Chess. I choose the French Defence as a topic and my idea was to provide a practical repertoire

. This is not an opening book with 300+ pages where you could find each possible move which happens only 1 time in your career. Instead, I tried to explain the most important variations, ideas, move orders as well as all the strategical and tactical nuances. I did my best to present the material in a nice and simple way without hiding anything as I would play myself. 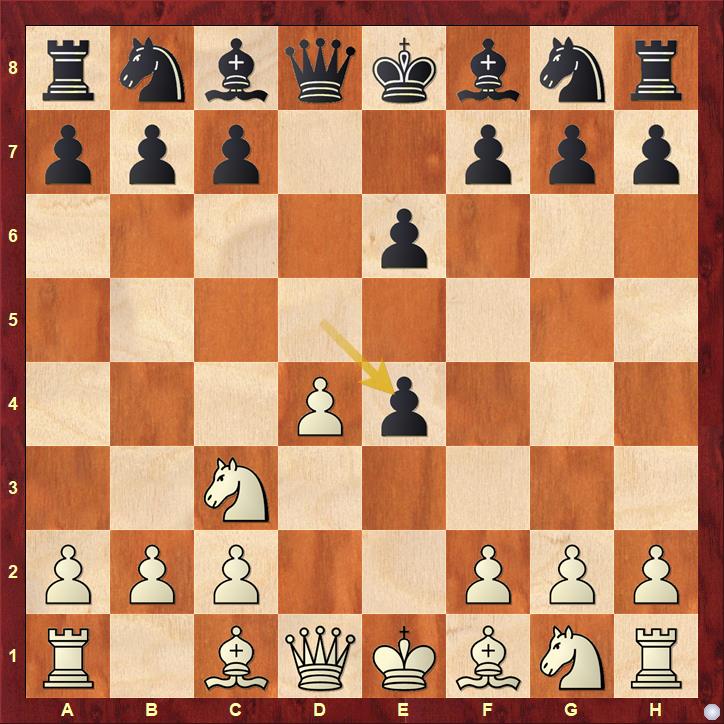 In Chapters 1-3 you will find analyzed the Rubinstein Variation. This line has a reputation of being a very solid, but quite passive line. The advantage of this line is that it is universal and can be played against both 3.Nc3 and 3.Nd2. This makes Black's task to create a repertoire easier. The drawback is that in most of the lines White's play is easier and Black needs to be very careful not to give White the initiative. The main hero for Black is GM Georg Meyer, who played the Rubinstein French for his whole career, even against world top-class players. Ponomariov has experience in this variation for both sides and provides an in-depth explanation of all the subtleties. He suggests very ambitious and new ideas but also explains the typical structures, positional and strategical ideas for both colours.
Chapter 1 - 1.e4 e6 2.d4 d5 3.Nc3 dxe4 4.Nxe4 Bd7 - Fort Knox Variation 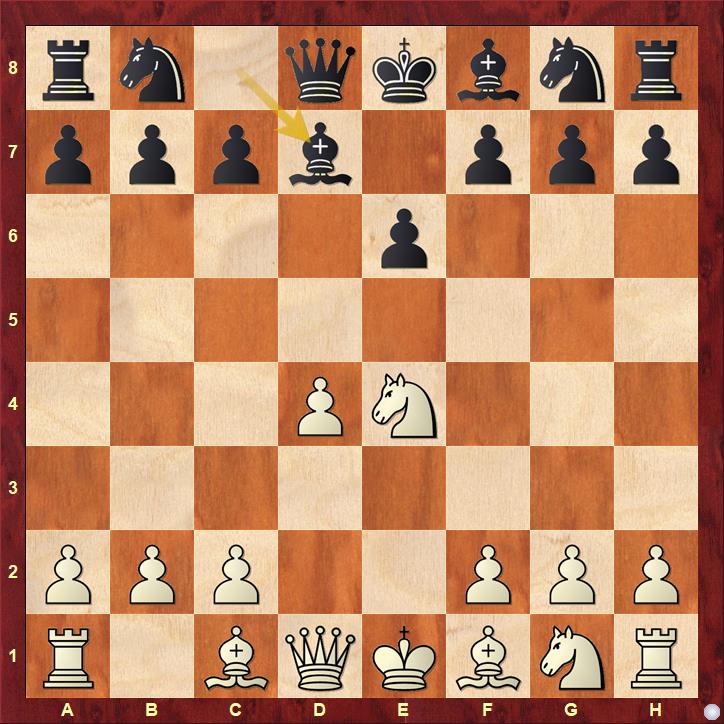 A bit passive variation, which is not so popular on a high-level.
It is called "Fort Knox". Black's position is extremely solid, the game is not forced and both sides have time for manoeuvring.
Black is trying to exchange his passive (French) bishop with the manoeuvre Bc8-d7-c6-e4 (f3) and then put a pawn on c6.
In this way, we reach a well-known structure "c6 - e6" vs "d4". The author suggests several promising plans and claims that White keeps the upper hand in all the lines.
Chapter 2 - 1.e4 e6 2.d4 d5 3.Nc3 dxe4 4.Nxe4 Nd7 5.Nf3 Nf6 6.Bd3 c5

The move 4...Nd7 is by far the main move for Black. After the natural 5.Nf3 Nf6, White has a choice between 6.Nxf6 and 6.Bd3. The author suggests the second option and then after 6...c5, we reach the mainline in Rubinstein Variation.

The alternatives are analyzed in the next chapter. Black immediately attacks the centre and White has no time for long castle. The main line continues 7.0-0 Nxe4 8.Bxe4 Nf6

In this chapter, Ponomariov analyzes the moves 6...Nxe4, 6...b6, and 6...Be7.
He suggests very ambitious lines against those moves and reveals some new ideas.

The variation starting with the move 3...Nf6 is called Classical French.
White has several options 4.Bg5, 4.exd5 and the most ambitious move 4.e5 which GM Ponomariov recommends.
White is attacking the knight with a tempo, thus gaining space advantage in the centre. Later on, White is playing f2-f4 with the idea to prepare a kingside attack with f4-f5. White always has a choice to castle short or long. On the other hand, Black is starting a typical French counterplay on the queenside and in the centre, starting with c7-c5. Those lines will be discussed in Chapters 4-11

After more or less forced moves, we reached the critical position for this line. White has the bishop pair while Black has a better pawn structure. Almost all of Black's pieces are placed on the light squares, so White can hope to get full control over the black squares. This position was analyzed in-depth by the author and the conclusion is that White keeps the upper hand in this line.
Chapter 5 - 1.e4 e6 2.d4 d5 3.Nc3 Nf6 4.e5 Nfd7 5.f4 c5 6.Nf3 Nc6 7.Be3 - Forcing Lines

The pawn structure can be similar to the Sicilian Scheveningen when Black played d6-d5 and White closed the centre with e4-e5. Black has many options here. He can either immediately attack White's centre or play more slowly with a7-a6 followed by b7-b5, trying to activate the c8-bishop and to create some counterplay on the queenside. White can also have a choice to castle short or long side. The most notable players here with Black are Mikhail Gurevich, Igor Glek, Victor Korchnoi, Nigel Short, and Alexander Morozevich. Let's check critical options one by one. Black has a lot of options here, but in this chapter, we will see the most forcing line. The first one is 7...cxd4 8.Nxd4 Qb6 9.Qd2 Qxb2 10.Rb1 Qa3 11.Bb5 Nxd4 12.Bxd4 a6 13.Bxd7 Bxd7 14.Rb3 Qe7 15.Rxb7

The end of the long and forced line. This line is advocated by Nakamura but it also caught the attention of some other GMs. Black has no weaknesses and the bishop pair and if Black somehow manages to finish the development and castle, he will be better. In general, the conclusion is that White's initiative is very dangerous but we cannot say that White has a big advantage. It is really difficult to refute someone with a powerful engine. But at the same time, Black is basically playing for a draw.
The other line which is discussed in this chapter is 7...Qb6 8.Na4 Qa5 9.c3

This is the starting position of the line. Here Ruslan Ponomariov analyzed 9...b6, 9...cxd4 and 9...c4. The positions are quite tricky and sharp, but with an accurate play White can keep the advantage in all those lines.

Black is not trying to win a pawn on b2. This is a more classical line, but not very popular nowadays.
White has a simple plan Qd2 followed by 0-0-0 and then start an attack on the kingside.
This line should be studied very carefully by the readers because of the many typical structures and ideas for the Steinitz Variation. According to the modern theory, the ball is in Black's court in this line.

The latest trend in Steinitz Variation is to develop the kingside first and then to start active actions on the queenside.
There is a tricky line popularized by GM Alexander Morozevich to play 6...Be7 before Nc6 (it is possible first to play Nc6 and then to develop the bishop). In this chapter, the author analyzed the plans where White plays with short castle.
This is a more positional plan where White is not trying to play for a mate but to consolidate the position in the centre.
Ponomariov analyzed all possible plans for both sides and explained the subtleties of the arising complicated middlegame.

The most ambitious plan for White against 7...Be7 is to castle long.
The main line continues 8.Qd2 0-0 9.dxc5! (9.0-0-0 is just bad due to 9...c4!)
In this position, GM Ponomariov analyzes 9...Bxc5, 9...Nxc5 and the trendy 9...Qa5.
All those positions are extremely sharp where both sides are trying to start their attacks as quickly as possible.
It seems that if White is well prepared his chances are higher.

In this chapter, the author analyzed some rare ideas for Black. For instance, 7...Rb8 with the idea to prepare ...b7-b5 without losing time for ...a7-a6. Ponomariov shows a very strong reply for White and it seems that this line is not promising for Black. The other sideline is 7...a6 8.Qd2 Qb6 9.0-0-0 Qa5

This idea was found by Ponomariov's friend and second GM Vladimir Baklan back in 2013. Black is losing a tempo but forcing White to castle long. Meanwhile, Black's king is more flexible and depending on the circumstances can castle long or short. But a tempo is always a tempo and it seems that White can hope for the advantage with an accurate play.

This is by far the most popular move. Black is expanding on the queenside. So, for White is already really dangerous to castle long. The author analyzes several options for White but comes to the conclusion that the strongest move is 9.Be2. According to him, this is the most critical position for the entire variation. Hi proves that White can pose problems here. White's main plan is connected with the manoeuvre Nc3-d1.

In the last chapter, the author analyzes the game Dominguez - Ponomariov 1-0 (Hengshui 2019)
Many typical ideas for both sides are mentioned in the comments

Test Section
The database ends with 15 theoretical positions where the reader can test his knowledge of the arising position. Below, you can take a look at five of them.