Ambitious Repertoire against the Italian Game

Ambitious Repertoire against the Italian Game 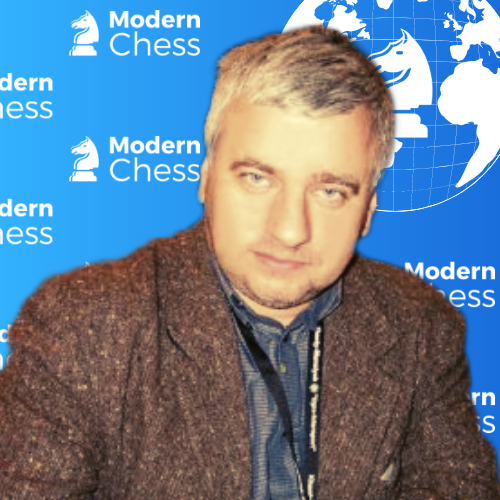 We are glad to present …

The Italian Game is nowadays as a good old wine, there is rarely a week with less than a new hundred games in it. All the leading players are engaged in the heavy theoretical discussion, in a recent match between MVL and Nakamura the real battle even started after move 21. The purpose of this database is to highlight the latest tendencies. GM Kiril Georgiev provides a repertoire that is both solid and ambitious.

Additionally, as all new Modern Chess products, this product comes with a Memory Booster. The booster is designed to help you better remember the important points in each chapter. All the testable lines have been carefully selected by our GM team.

Now, let's take a brief look at the different chapters of the database.

It is recommendable for them to pay attention to the subtleties behind Black’s choices on move 10 and, of course, the powerful march of the h-pawn, which is a promise for seizing the initiative.

Chapter 2 is dealing with positions of completely opposite character after 4/5.Nc3. After the symmetrical 4….Nf6 5.d3 d6 GM Georgiev has taken a game of his for explaining the long-standing as a main line 6.Bg5.

In the notes, the readers will find examples of how to play in the case of 6.Be3, as well as a possible solid reaction against 6.Na4, which has recently gained in popularity.

The subject of the next 9 chapters are the variations after 4.c3, in which White does not push the d-pawn to the 4th rank in one go and is initially limiting it to protect the central one. A queenside expansion must always be considered and Chapter 3 and Chapter 5 are dedicated to 5/6.b4 and 5/6.a4 respectively.

Chapters 6 and 7 deal with 9…Be6, while Chapters 8 and 9 are delving into the more complicated positions after the ambitious 9…a4!? and its tactical justification 10.Bb5 Ng4.

Even anticipating this march by 6.Bb3 does not discourage this idea.

Chapters 10 and 11 give a clue of both sides' plans and how this seemingly calm situation can quickly sharpen before the opening exit.

The final third of this database is almost entirely concentrated on 4.c3 Nf6 5.d4 exd4

First of all, the old tabiya after 6.cxd4 Bb4 comes into the limelight. The subject of Chapter 12 is 7.Bd2

In this position, the d-pawn stays ready to take the e5-square under control and the bishop can play a decisive role.

In the ensuing positions, Black keeps an extra pawn, being ready to part with it in order to complete the development or achieve a better endgame.

Then comes one of the blockbusters of 2020 – the exceptional game Dubov – Karjakin, where 6.b4!? took place and is thoroughly analyzed in Chapter 14.

The general conclusion after the textmoves 6…Bb6 7.e5 Ne4 8.Bd5! is that White’s initiative is compensating the sacrificed pawns, even though Black has at least 4 possible improvements – 12…g5, the familiar a7-a5 push on moves 12th and 13th, as well as 14…Nf5. All of them seem sufficient to keep the balance, but probably not more than that.

Nevertheless, the task in this work is not exactly to make corrections to Karjakin’s (who has managed to find most of the best replies) play, but to neutralize this dangerous idea. The author is coming up with two recommendations – 7…d5! instead of the risky 7…Ne4, and 6…Be7 on the previous move.

The resulting positions are indeed complex. It should be noted that Black’s king is much safer than the featured game, and his chances to take over the initiative are quite reasonable.

The next two chapters are dealing with the fashionable 6.e5.

Black has tried many moves, some of them, including the strategically risky 12….f5, are given in the notes. The recommended leading line is starting with 12…Ba5! and contains many tactical finesses. The normal outcome is a draw by perpetual or repetition. The analysis of the fresh game Grandelius – Tari from the last Wijk-aan-Zee tournament shows that this verdict should remain unchanged.

The final Chapter 17 is bringing us back to the romantic 19th century by covering the earliest aggressive tries for White. GM Georgiev suggests a fresh approach for meeting the tricky Evans gambit, based firstly on principally accepting the sacrificed pawn and retreating the bishop to the a5-square, followed by reinforcing the central pawn, without fear of opening the a2-g8 diagonal.