In his first database for Modern Chess, GM Alexander Colovic has a hard task to provide a complete repertoire against the super solid Petroff Defence. Let's see what the author said about the best way to challenge this reliable opening:
The Petroff has always been one of the most annoying openings for the White player. Together with Berlin Defence, nowadays it constitutes a major theoretical problem - not to obtain an advantage against it, but to obtain a playable position! As modern theory has shown, the best method to approach it is to have a lot of ideas. They may not always be of the highest quality, often they may be used only in one game, but the more is definitely the better in this case! The point is to be versatile and flexible, to avoid being a sitting duck in the opening and by being hard to pin down to pose practical problems in the opening. With these thoughts in mind, let's see if we can find a few promising ideas in the Petroff!

White tried almost everything against Petroff, but the system which has the reputation of the most dangerous for Black appears after the moves: 1.e4 e5 2.Nf3 Nf6 3.Nxe5 d6 4.Nf3 Nxe4 5.Nc3 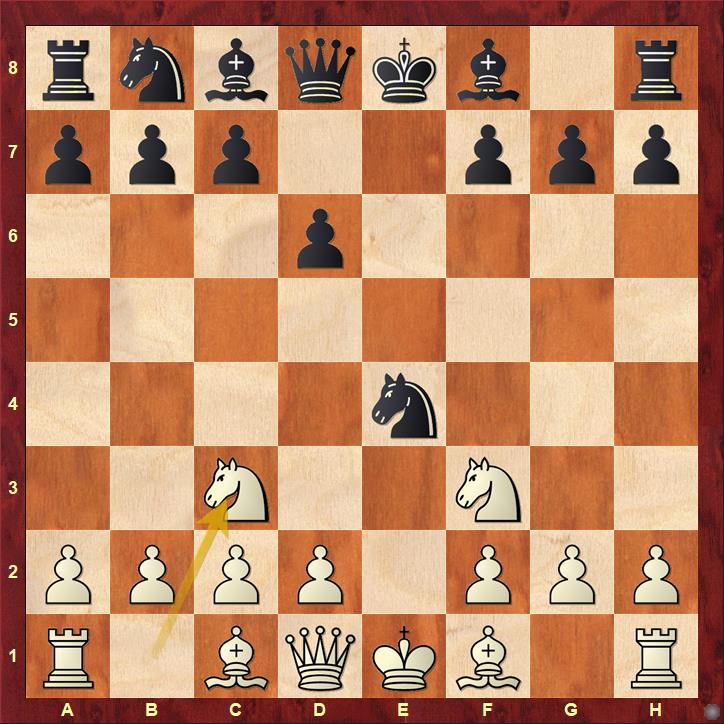 This move was introduced at the top-level by GM Alexey Shirov.
White's plan is simple. After 5...Nxc3 6.dxc3, he wants to continue with Be3, Qd2, 0-0-0 followed by a pawn storm on the kingside or pressure along d and e files, depending on the position of Black's king.
After 0-0-0, White's king feels quite safe on the queenside being protected by four pawns.
The database starts with 7 model games followed by 9 theoretical chapters and 17 test positions.

Model Games
In this section, GM Colovic provides 7 model games which show all typical middlegame ideas for White in this structure 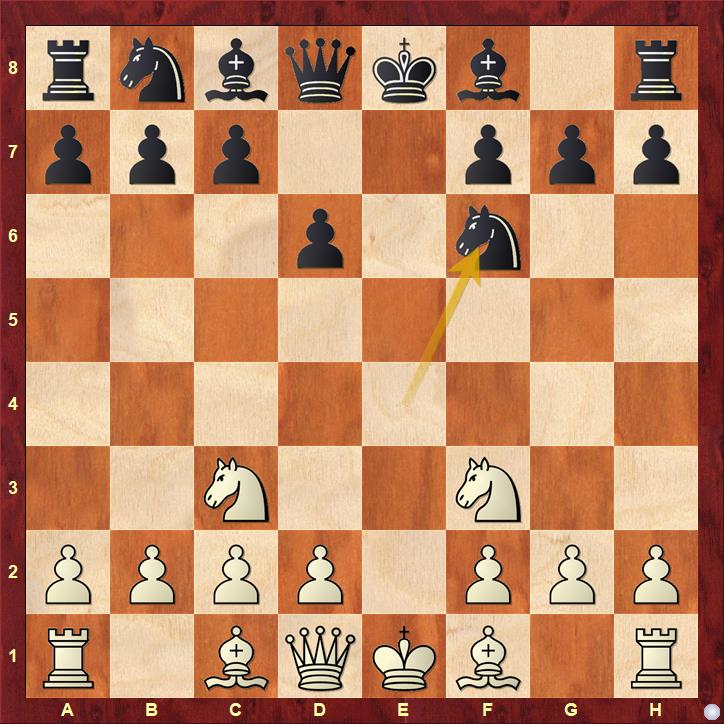 The line with 5...Nf6 while playable does not solve Black's opening problems. Black manages to obtain a solid position in all the lines but since most of the light pieces are still on the board his space disadvantage is more clearly felt. Coupled with White's starting initiative and slight development advantage the line is a difficult one to play for Black and White keeps a pull in all the lines. 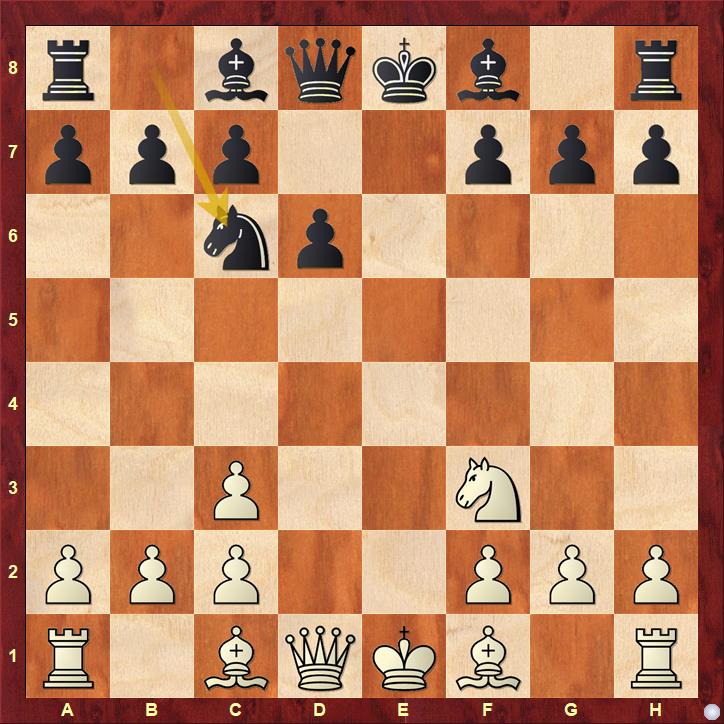 This move is the beginning of Black's plan to castle long. He will play ...Be7, ...Be6, ...Qd7 and ...0-0-0. For a long time, this plan was considered as the safest one and was very popular, even the main proponent of the Petroff Fabiano Caruana was using it on a regular basis. This, however, changed when Caruana lost a key game to Karjakin in the Berlin Candidates in 2018 and since then the fashion changed - in the match with Carlsen, Caruana already played the plan with a short castle. But fashion is one thing and solid foundations another. So, this plan is still a very good option for the Black player. In line with our general approach in the Petroff, we will try to analyze several promising ideas against it.

8.Bc4 was the move Carlsen used against Caruana in their last game prior to the match in London. It did manage to take Caruana by surprise and it still remains an interesting idea.
Black has several choices here:

8...Bf5 which looks suspicious, because White can gain some tempis by h2-h3 and g2-g4 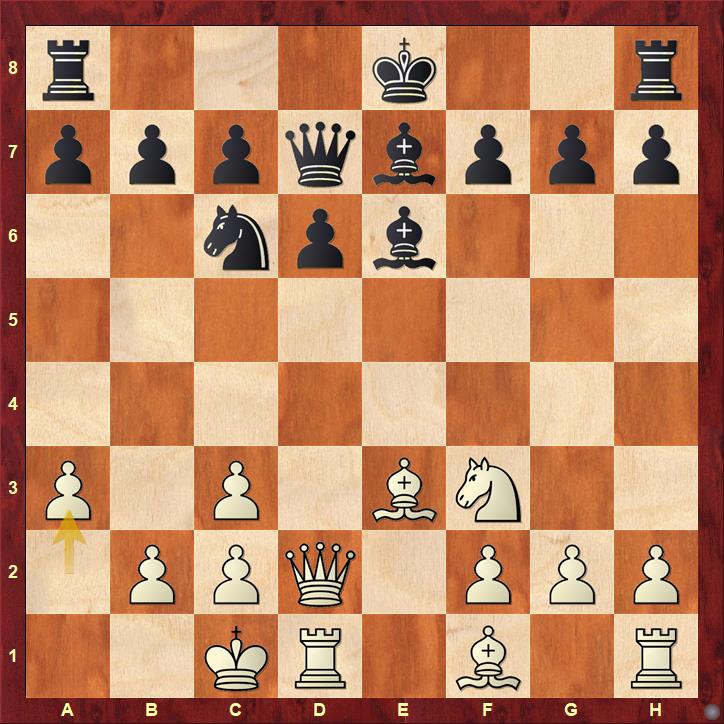 The position after 9...Qd7 is the main tabya of this variation. White has several different options on move 10. At this chapter, we will discuss the move 10.a3 which was played in the crucial game Karjakin-Caruana in Berlin, so it deserves attention.
Black has a choice here: 10...0-0-0? is just losing due to 11.Nd4 Nxd4 12.Bxd4 and Black loses a pawn (the pawn on a2 is not hanging).
The other possibilities are 10...a6, 10...h6 and 10...Bf6. White's plan is similar against all of them: Nd4 at the appropriate moment followed by advancing the pawns on the kingside. GM Colovic analyzes this position in-depth and it seems that Black needs to play very accurately to equalize. 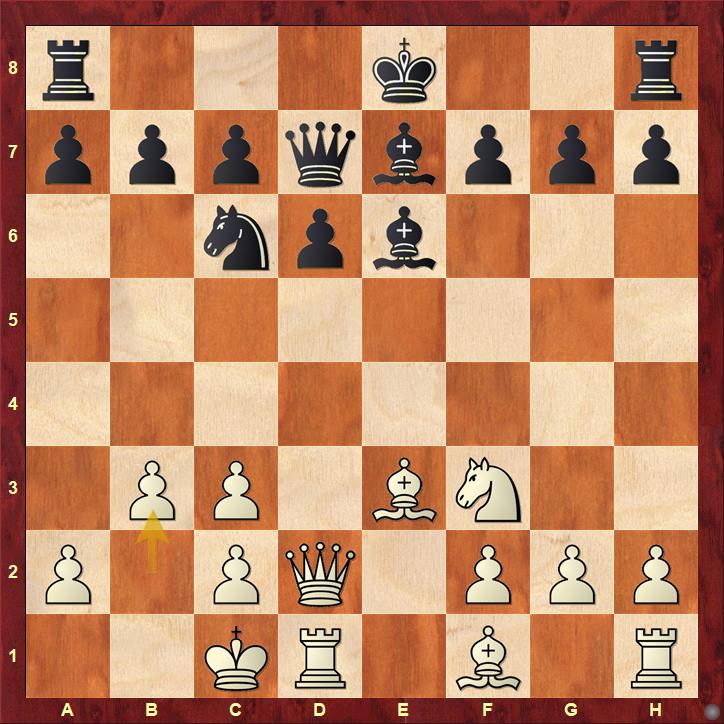 The idea of this move is very similar to the idea of 10.a3 which we discussed in the previous chapters.
The only difference is that White now has the b2-square for his king. GM Colovic analyzes all main games in this line and suggests several interesting novelties. 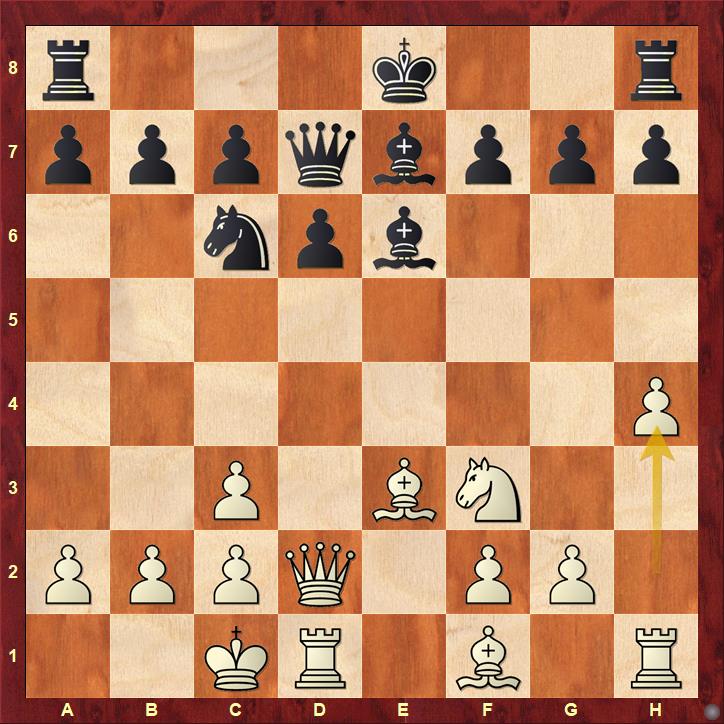 GM Colovic takes this as the main move as it is rather direct, introducing the threat of Ng5, but in fact, the alternatives are of equal practical value. We are trying to come up with promising ideas, so take your favourite according to your taste.
The main line continues with 10...h6 where White has a choice among 3 equally promising ideas 11.b3, 11.Nd4, and 11.c4. Those moves pose different problems and Black needs to be quite careful not to enter one of the many traps.
GM Colovic analyzes all lines very deeply. Armed with his analysis, it is not gone a be easy for your opponent to survive the opening duel.

The move 6...Be7 is a markedly different approach. With both sides castling on the opposite wings, the game becomes not only sharper but also much more concrete and it requires more memorization. This line is the current trend in the Petroff Defence. 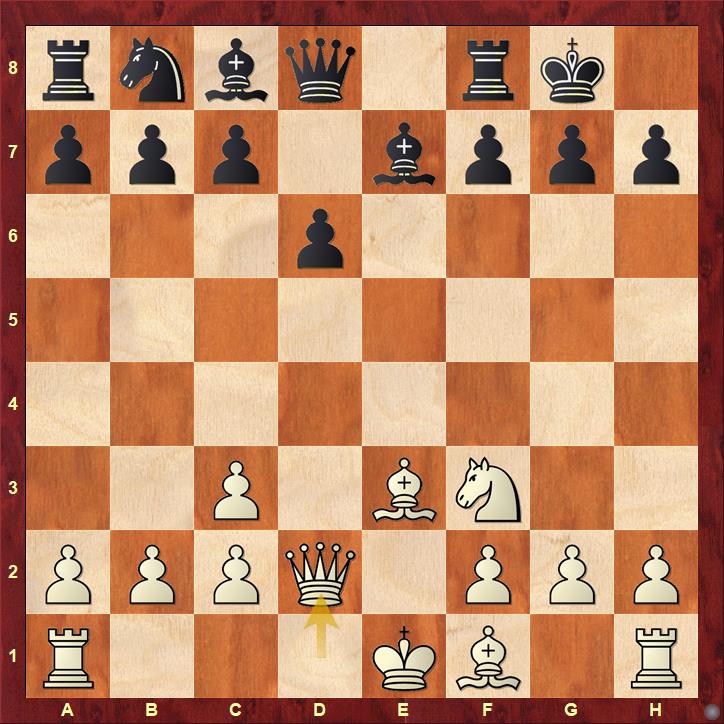 Black's main move in this position is 8...Nd7 and will be analyzed in the next 3 chapters.
In this one, you will find all alternatives for Black on move 8 as 8...Nc6, 8...b6, 8...c5, 8...Qe8
These lines do not offer Black full equality and most of them are rather risky as White manages to develop a dangerous attack. 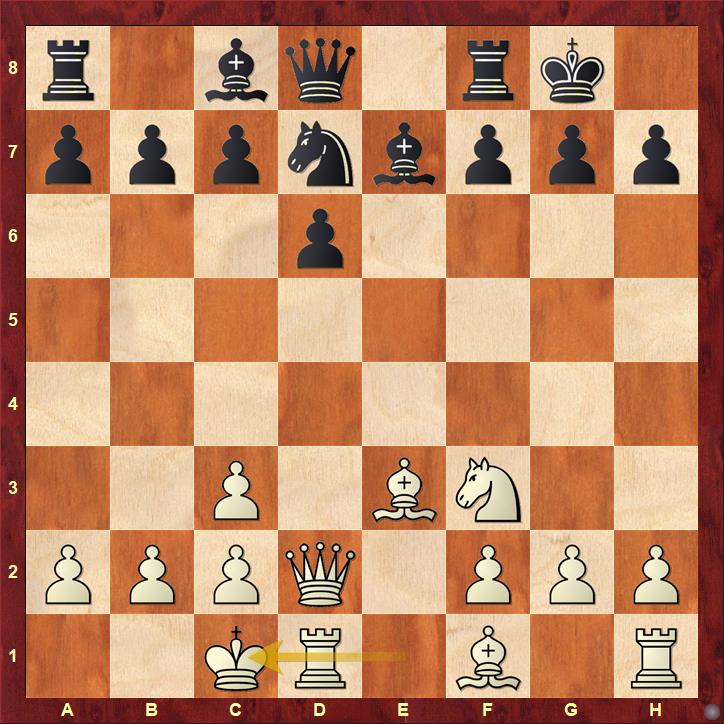 This is one of the most solid lines in the whole Petroff and it is not easy to come up with something exciting.
If Black exchanges the bishop the position is just equal so the most serious tries for White are 13.Bg5 and 13.Bf4
The author goes really deep in those lines and suggests many interesting novelties to liven up the game. 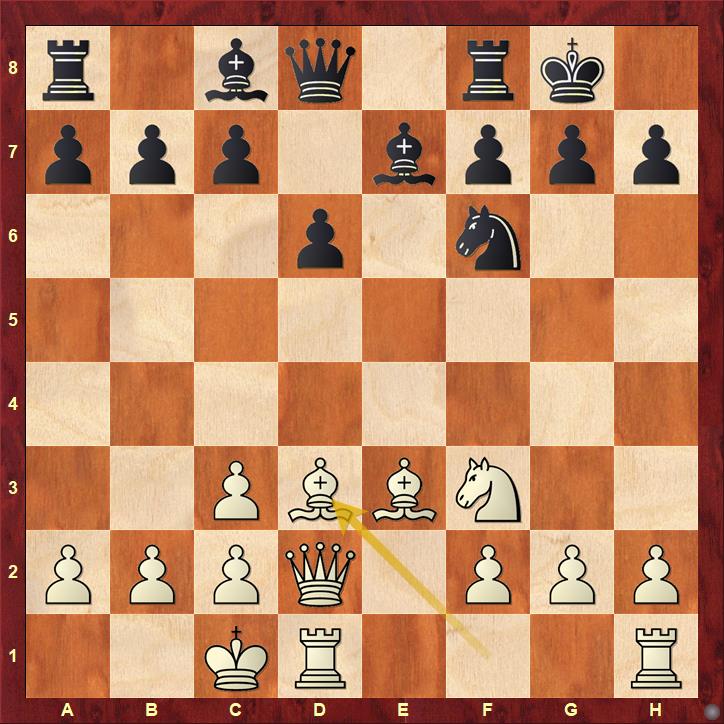 In this chapter, you will find analyzed the moves 10...d5 and 10...Re8.
Those two moves seem to be the main alternatives of the mainline (10...c5) and were tried by Wei Yi, Yu Yangui and in several high-level correspondence games.
GM Colovic shows the convincing way of obtaining an advantage for White. 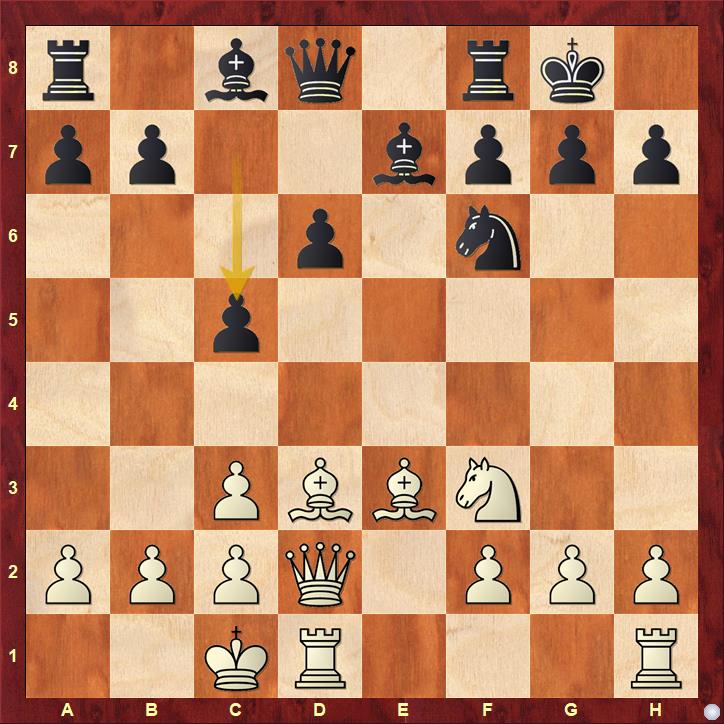 This is one of the critical positions in Petroff Defence these days and it was subject of discussion of many high-level games. GM Colovic suggests the rare continuation for White here: 11.Bg5 - the main idea is to start an attack by Qf4-h4. The main line continues 11.Bg5 Be6 12.Qf4 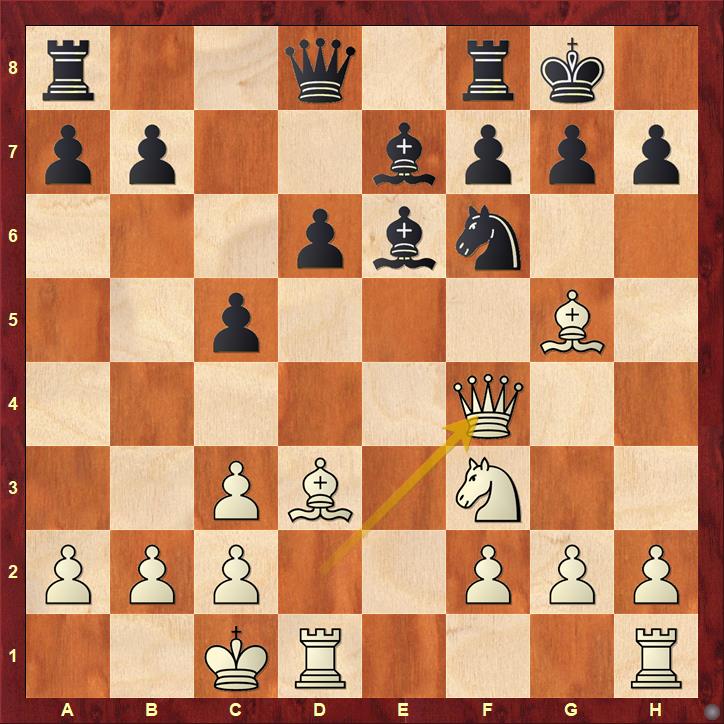 In these positions, Black can try the risky 12...h6 where 13.Bxh6 is critical and it was analyzed in-depth by the author.
The other possibility is 12...d5 where both 13.Rhe1 and 13.c4 look quite promising. The conclusion is that White's position is much easier to play and there is no clear path for equality. We should keep in mind that the arising positions are really sharp and require some precise knowledge.