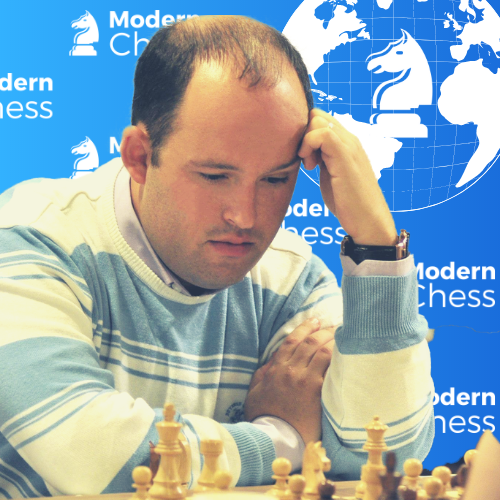 Welcome to the latest opening project of GM Boris Avrukh - Arkhangelsk Variation. Having worked on this opening with Fabiano Caruana, Avrukh is one of the biggest Arkhangelsk experts in the world.

With a video running time of 6 hours and an integrated memory booster, this project is different from anything we have done so far.

After studying a given chapter, you can immediately challenge your knowledge via the memory trainer. All the training lines incorporated in the memory trainer are carefully selected by our team of grandmasters. In this way, we make sure that you will remember all the must-know key ideas and sequences.

The first chapter deals with the tricky line 7.Nc3.

As Avrukh explains, “Instead of the normal Ruy Lopez with c2-c3 followed by d2-d4, White tries to get his knight to the d5-square. This sideline is very easy to prepare for White players.” After 7... 0-0 8.d3 the recommended repertoire choice is 8...h6 in order to avoid the pin with Bg5.

In the second chapter, Avrukh deals with the pretty harmless 7.Bd5 and 7.d4!? which Avrukh calls “a somewhat shocking move which slightly resembles a similar idea from the Giocco Piano.”

Avrukh: “A very important line, which can also arise through the 5.d3 move order, if Black responds with 5...b5 6.Bb3 Bc5 7.0-0 etc. With this positional approach, White avoids heavy theoretical variations while playing some standard Ruy Lopez/Italian ideas. This is the main reason why this approach has a lot of followers. On the other hand, from my personal experience, I have to admit that Black's play is much easier and more straightforward compared to other Ruy Lopez variations, where the dark-squared bishop is developed to e7. Not surprisingly I have witnessed a lot of examples where Black played Be7-c5 in d3-systems, wasting tempo and at the same time believing it's worth it.” 7...d6 “In this chapter, I decided to avoid examining White's a4-idea, except for 9.a4 in the mainline, since it will be covered with the 7.a4-move order.” (Avrukh)

“A pretty logical sequence of moves. Many years back, when I started to analyze this line, it was hard for me to take it seriously, with White's light-squared bishop being located on a2. However, it's more nuanced than that. In case White can improve the position of his light-squared bishop, Black might be left with clear positional drawbacks, such as the d5-square and the d6-pawn.”

The tenth chapter, Avrukh not only covers 10.Qd3 but also 10.axb5 axb5 11.Qd3 which is somewhat problematic as White can force a draw in the mainline after 11...0-0 which is also covered but also an alternative is given with 11...Bd7 12.Na3 after which Avrukh has an original novelty up his sleeve.

In his comments to 12...Bg4, Avrukh writes, "An essential move in Black's strategy. Finally, we arrived at one of the most critical positions of the Arkhangelsk Variation. I remember spending enormous time on this variation with Fabiano Caruana, and it's not surprising Black is a pawn down and he is not going to regain it in any foreseeable future. Instead, Black is going to rely on his active pieces, trying to seize a kingside initiative. I am going to dive deep into all White's possibilities, but it's important to stress that two of the most critical lines are 13.Bc2 and 13.Re1".