The following example has a very special role in the formation of my chess knowledge.

The position in the diagram has been reached in the game between Belavenets - Rauzer, payed in 1937. I was still a child when I first saw this example on the pages of one of my favorite chess books "Endgame Strategy", whose author is the famous chess player and teacher Mikhail Shereshevski. This endgame impressed me not only with its instructive view on the isolated pawn, but also with the fact that it comprises endgame fundamental principles.

Before I proceed with the explanation of this ending, I would like to introduce you in the wonderful world of the Isolated Queen's Pawn.

Before I start, I would like to mention that the present article is a part of a complete course on IQP that I have prepared in collaboration with former URSS champion GM Viktor Gavrikov. The course contains three interconnected articles which can be found in Issues 2, 3 and 4 of Modern Chess Magazine. For more information, you can visit the official website of the magazine: https://www.modern-chess.com/en/

To begin, I would say that it's impossible to become strong chess player, without deep understanding on IQP! The importance of this topic is related to the fact that IQP can arise from a huge number of openings. Several examples are Queen's Gambit, Slav Defense, Tarrasch Defense, Queen's Indian Defense, Sicilian Defense and many other openings. Therefore, good knowledge of these positions is necessary for any chess player, regardless of his repertoire.

What are the advantages and disadvantages of playing with an "isolani". Let's take a look at the following position:

On the diagram, we have a classical IQP position. I will start by explaining the advantages that the IQP provides us with. Keep an eye on the diagram, while you are reading my explanations. By doing so, you will be able to visualise some concrete patterns.

The main advantage of the isolated pawn is that it provides spatial advantage. While the isolator controls the "e5" and "c5" squares (respectively "e4" and "c4"), they can be perfect outpost for the knights. Another essential advantage is the possession of the semi-opened line "e" which is often used as a springboard for the development of an attack against the enemy’s king. Taking into consideration the above-mentioned advantages, the side playing with an isolated pawn should seek for attack on the kingside and avoid pieces exchanges.

We must know that playing with an isolated pawn does not only lead to brilliant attacks, ending with elegant combinations. A well-known rule is that the defending resources are bigger than the one for the attacks. This guideline also concerns the positions with an isolated pawn. When the opponent manages to rebound from our attack on the kingside, our spatial advantage loses its value and the isolated pawn becomes a weakness. You have to remember that every exchange of the pieces brings us closer to the endgame, where the isolani is extremely vulnerable.

As we have just said, the isolated pawn is a huge weakness in the endgame. Unlike the middlegame positions, in which our main goal is to prevent the movement of the pawn (usually by blocking it with a knight), in the final stage of the game we try to win it. According to a famous saying of the Chinese philosopher Lao Tzu, the one who does not know where it goes, necessarily arrive somewhere else. In this frame of mind, I would like to analyze the game against an isolated pawn, proceeding from the fundamental aim - the wining of the pawn. This retrospective approach has to start from the endgame and only then, we can deepen our past understandings of middlegame positions.

Let's now analyse the game that I have mentioned in the beginning - Belavenets - Rauzer. I am still quite impressed by this masterpiece realized by the Soviet master Vsevolod Belavenets ( Look at the picture below ). 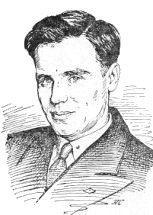 We already know that when we have a strong knight against a weak bishop and the side playing with the bishop has an isolated pawn, the defense is extremely difficult, because it is almost impossible to organize any counter play. Let us assume that in the previous example instead of the bishop, there has been a knight.

In that case, White's advantage would have been minimal, because there is no possibility of enhancing the pressure on the isolated pawn. It is enough for Black to place the king on "d6" and the knight on "e6" and the "d4" square is inaccessible for the white king. Following, we must avoid remaining with a light-squared bishop when there is an isolator on "d5".

I would like to grab your attention to a more difficult and complex position of an endgame, in which there are both minor and heavy pieces. Let's enjoy the brilliant way in which the legendary Ukrainian GM Vassili Ivanchuk plays against IQP.

I hope that the previous two examples shed enough light on the methods of struggle against the isolated pawn in the endgame. We already know which pieces have to be exchanged and which should remain on board. This fundamental knowledge will help us to understand better the middlegame positions with an isolated pawn.

The last example that I would like to share is from my own games, played in 2010 in the Open Tournament in Kavala (Greece). Despite the modest rating of my opponent Panagiotis Michelakos, he performed very well until the fifth round, when he had to play against me. Looking at his games, I understood that when he plays a familiar variation and the position is full of tactical resources, he could defeat a stronger player. Considering this, I decided to play a quite position that predict long maneuverable game, where the lack of experience and the age of my opponent would have their say. Let's take a look at the game:

Now you know all the basic ideas in positions with an Isolated Queen's Pawn. You can find more information about positions with IQP on the pages of https://www.modern-chess.com/en/modern-chess-magazine I wish everyone of you could apply the discussed methods in his own games!