When building an opening repertoire many players (myself included) prefer slightly off-beat and rare variations. Especially when they do not have time to study the latest novelties in modern lines. And also the opponent is expected not to have enough knowledge and experience in those rare openings, thus, such an approach gives us some practical advantages. But what to choose? Most gambits do not have a good reputation and rightly so, other rare openings like Classic Benoni, for example, are known to lead to a passive play.

To our readers I offer a variation that had served me well for many years, it is solid enough, but far from being passive. It has no official name, but in chess literature is often called 'Reluctant Benoni' or 'Late Benoni'. You should not be disturbed by the rather unimpressive name, most important is if your results with it are impressive. 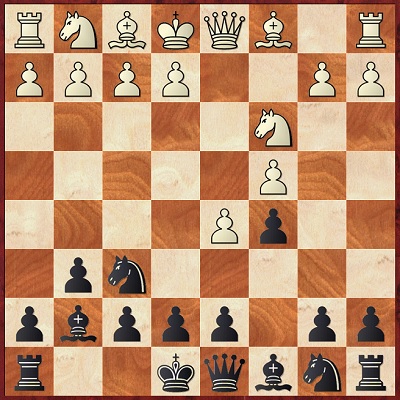 This is the normal set-up and move order, though other move orders are also possible. It might depend on what you expect from your opponent. If he likes to play 3.Nf3 aiming for transposition into English Opening, then even 1...c5 might be a good move to start with. Also, 2.Nf3 g6 3.c4 c5 4.d5 is common enough, but here White has the option of going for Maroczy with 4.Nc3. Within the framework of the current database, different transpositions and move orders are covered in detail.

On the diagram position, you can see the way in which Black develops his pieces in Late Benoni. In general,  he goes for fianchetto, then d7-d6 and castles, leaving e7-e6 and eventual e6xd5 (sometimes it is even e6-e5) for last. This opening might be very useful for people who already have an experience in King's Indian or Modern Benoni as it bears many similarities to both. Even such in Benko Gambit might be useful, though here we rarely go for early pawn sacrifices.

The main position of the variation arises after 5.e4 d6 6.Nf3 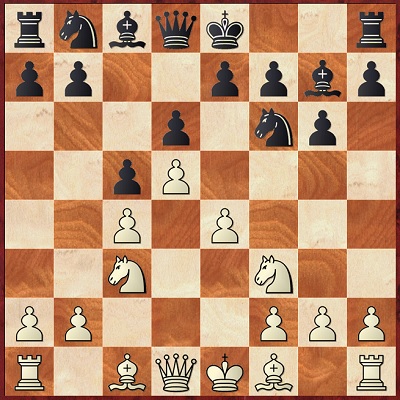 6.f4 and 6.f3 normally lead to transpositions into Four Pawns Attack and Saemisch King's Indian respectively. To both these variations, Modern Benoni set-ups (with c7-c5) are considered as very good choices. Other possibilities for White include 6.Be2 and 7.Bg5 - Averbakh variation or 6.Bd3 and 7.Nge2. One might ask himself - if so many transpositions can happen, why not play just Modern Benoni - 1.d4 Nf6 2.c4 c5 3.d5 e6 4.Nc3 ed 5.cd d6 ? First in that opening, there are some very dangerous lines for Black - like the sharp 6.e4 g6 7.f4 Bg7 8.Bb5+ or the positional 6. Nf3 g6 7.Bf4 which has become quite popular in grandmaster games and Black is still searching how to deal with it...And these lines normally require quite an amount of knowledge, Black should know what he is doing exactly - move by move. On the contrary - Reluctant Benoni requires less concrete knowledge, it is more about plans and positional nuances. And if someone is that afraid of Saemisch or Averbakh, we may try to avoid even that by move order (more in game section). So here is the main advantage of Reluctant Benoni - very flexible, when preparing for a certain opponent we may choose a line and move order to throw him out of his favorite positions. And the negatives? Of course there are some, there is hardly a perfect opening. Here mainly it is the fact, that White may meet future e6xd5 with e4xd5. In such positions, Black is normally solid, but playing for a win is quite problematic. 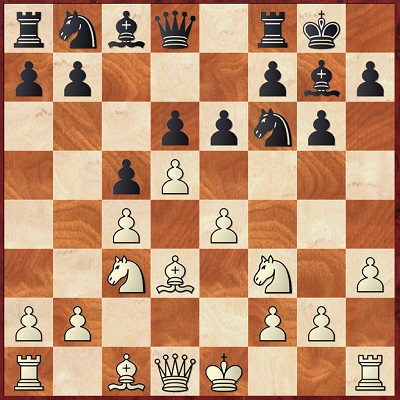 Unlike some other authors, I shall start with the main and most dangerous line, so the readers can decide right from the beginning if they like the variation or not. Generally, of course, it is more suitable for players that like complicated, dynamic positions.