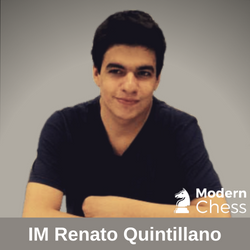 In this database, IM Renato Quintillano comes up with the second part of his three-part series on the Slav Defense.

As you know, the first part was devoted to sidelines and interesting attempts White can throw at Black early on. 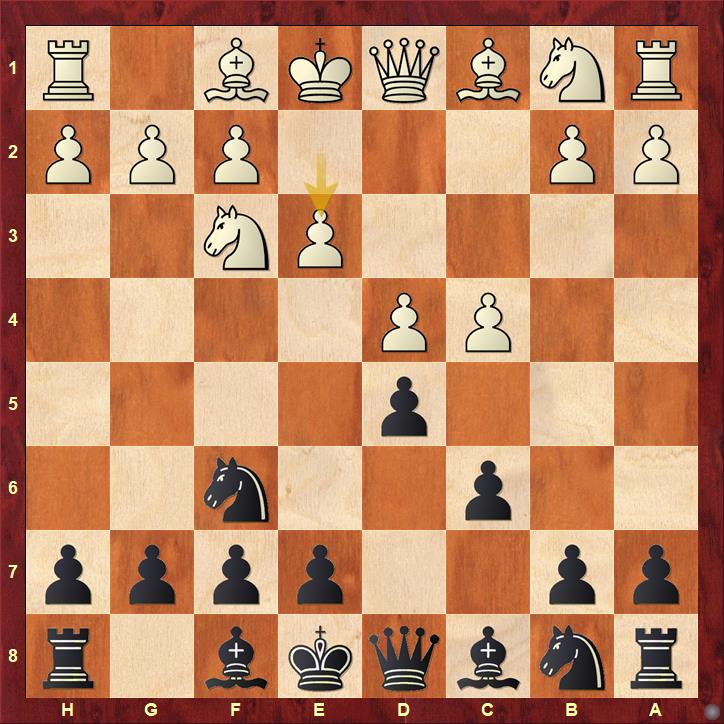 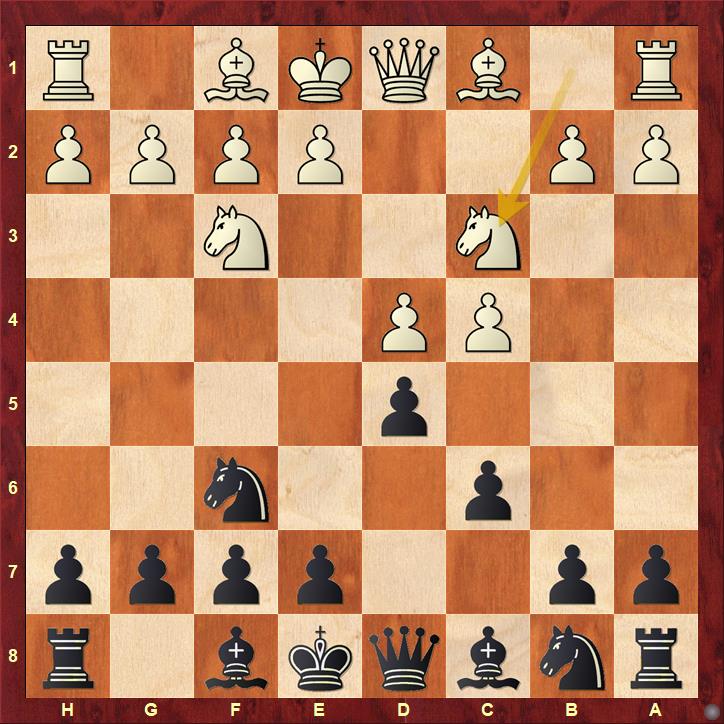 IMPORTANT: The current database covers all the lines related to 4.Nc3, except the main line 4...dxc4 5.a4 Bf5 6.Ne5 which will be dealt with in the final Part 3.

In the first chapter, Renato deals with the move 4.Nbd2 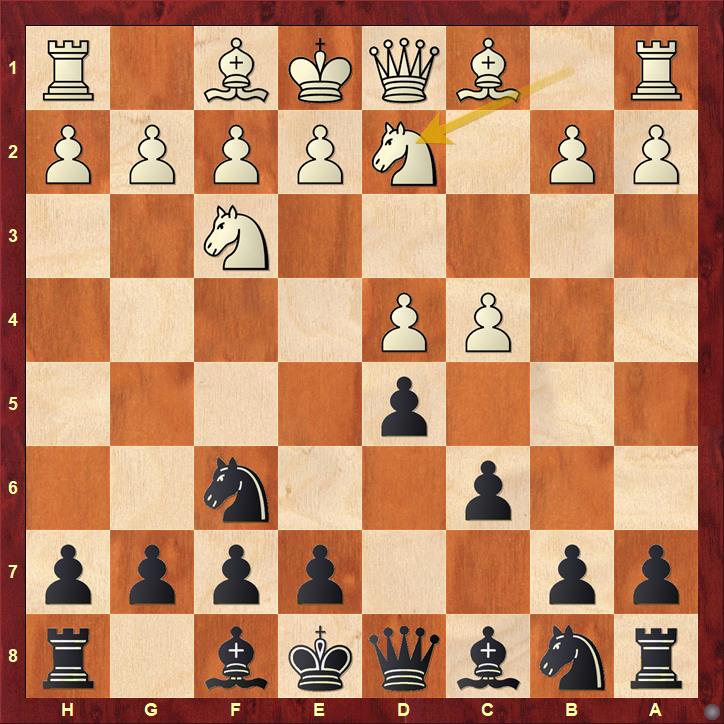 As he himself explains, while this is not a main line, he thought it would be important and helpful to cover this move in this database as the arising positions are very similar to ones that arise after 4.e3. Additionally, there are some pitfalls Black needs to watch out for, so Renato carefully walks the readers through all the ideas.

This chapter serves as a lovely introduction to the next four chapters, chapters 2-5.

The second chapter is devoted to sidelines after 4.e3 Bf5

IM Quintillano covers such moves as 5.cxd5, 5.b3, 5.Nh4, 5.Be2, 5.Nbd2, 5.Bd3 and many other lines.
While generally, it is possible (and advisable) to avoid rote memorization, the author embarks on the key ideas to make sure the readers can always follow common sense-based play to feel comfortable in the arising positions.

In chapter 3, there begins the coverage of the main line 6.Nh4 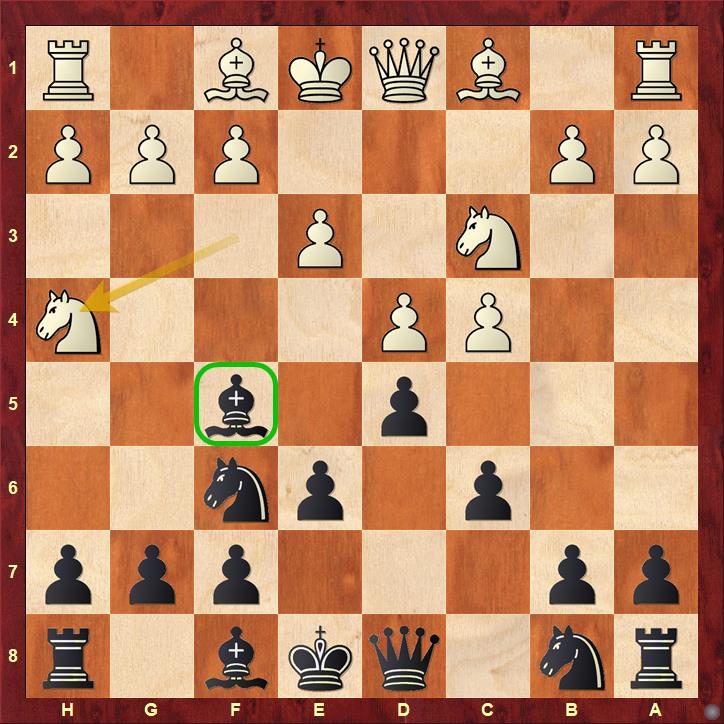 The author made a very smart practical choice of dividing the arising positions into several parts.

In chapter 3, he discusses setups where White castles short, while the fourth chapter is devoted to the variations where White goes for the long castling.
The point is very simple: every single move-order cannot (and should not be!) memorized. However, it is crucial to understand how to react to the typical plans and setups. The author keeps explaining very typical plans and ideas, making sure it is easy to handle the arising positions.

The coverage of 4.e3 Bf5 gets concluded in Chapter 5 where IM Quintillano explains all the deviations and additional possibilities as well as move order-related tricks White can throw at us.

The second part of the database deals with another extremely important main line, which is 3.Nf3 Nf6 4.Nc3.

It is known Black has several good moves in this position, but Renato recommends the move 4...dxc4.
Of course, the main line is 5.a4 Bf5, however, it is important to know how to meet other ideas White can try. 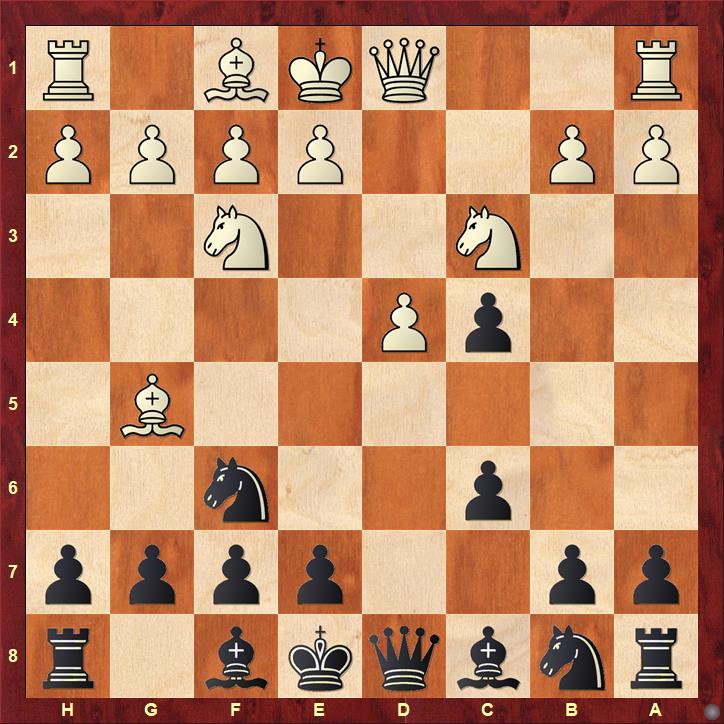 The 7th Chapter covers the Geller Gambit – a variation that arises after 4..dxc4 5.e4!? 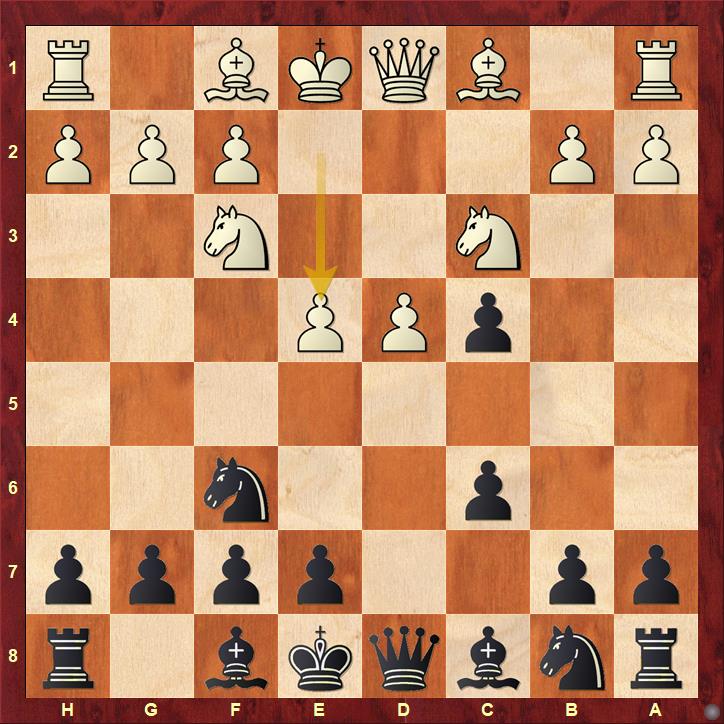 It almost faded in shadow during the last decades to start enjoying a new spark of popularity lately.
As the author explains, “This ambitious move bears the name of Geller Gambit because the strong Soviet grandmaster has played it with success in many games of the past. White sacrifices the pawn but in return gets a strong centre and chances to seize initiative on the kingside later on.
This line was kind of forgotten in grandmaster practice until the creative Russian GM Daniil Dubov recently brought a new spark of life in it.”

Finally, it is time to deal with the mainlines.
Chapter 8 covers positions that arise after 5.a4 Bf5, starting with such sidelines as 6.Nh4 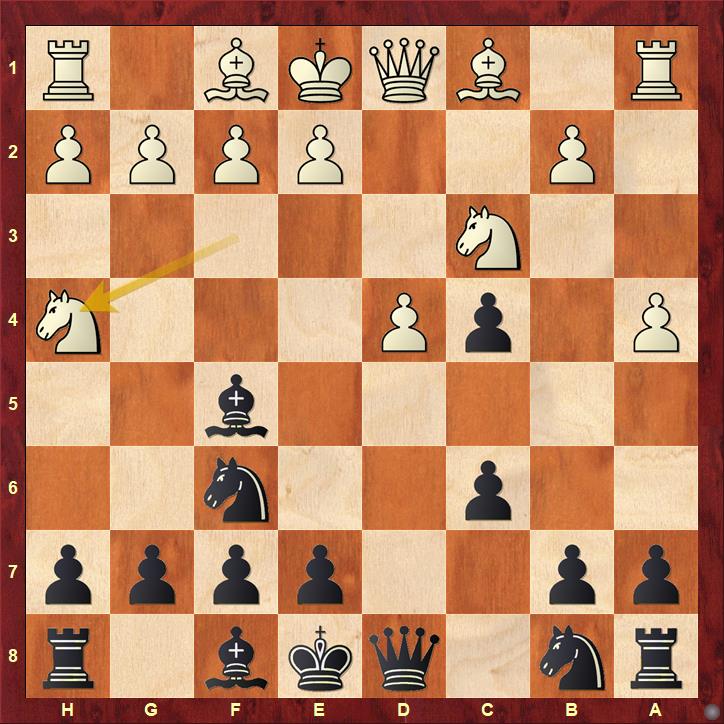 The author has done a particularly good job of organizing the material in a clear way. So, he also discusses other positions where White tries to go Nh4 is this very chapter, too. 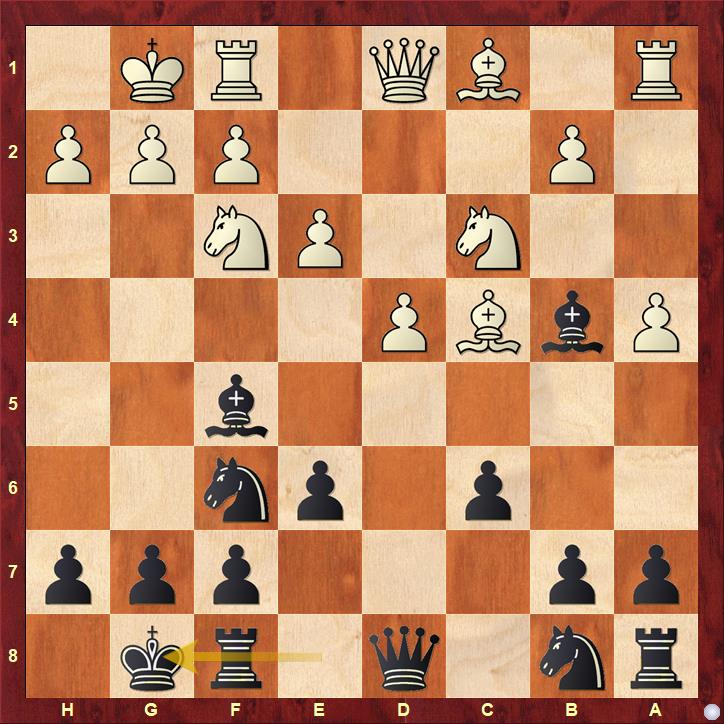 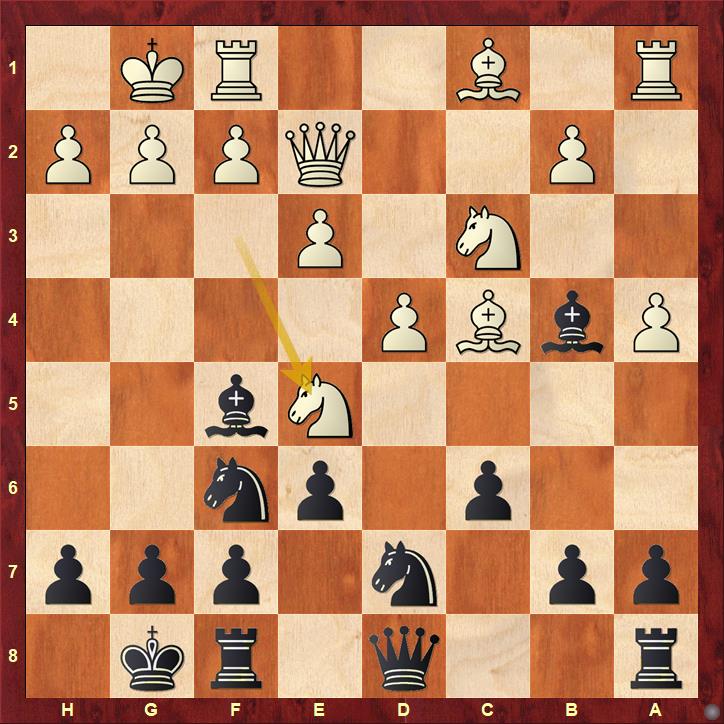 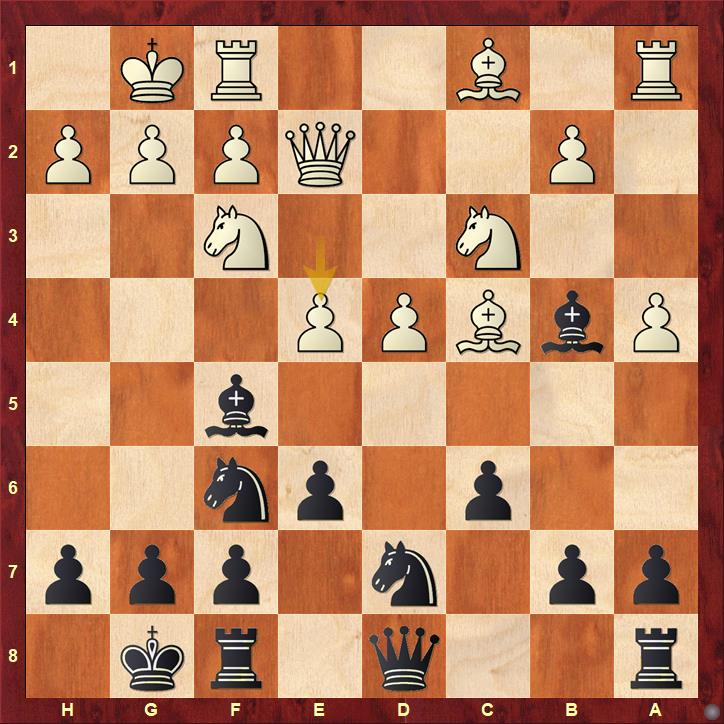 Very importantly, the author keeps suggesting multiple alternatives and additional possibilities throughout the entire database. He does not just give one line, but he also provides additional suggestions on what we can do as well as on what we should not be doing. Multiple games are quoted, both ones that went just great for Black as well as ones where he mishandled the position.

Besides the 10 theoretical chapters, there are also 20 exercises that will check and enhance your positional understanding of the typical structures as well as make sure you have memorized the right theoretical sequences.

As usual, as this is a part of a trilogy, those of you who buy the first two parts of the database get Part 3 for free.