What to play against the extremely popular Nimzo-Indian Defence? I don't think that there are is a 1.d4 player who has never asked himself this question. During the years, Nimzo-Indian Defence proved to be a positionally sound opening which allows Black to play even for a win. The arising positions are so complicated that even strong grandmasters could go in a wrong direction.

I have always preferred to play opening variations in which the positional understanding is more important than the memorization of concrete lines. That's why it is not a surprise that I have decided to recommend the Rubinstein System against Nimzo-Indian Defence.

The starting position arises after the moves: 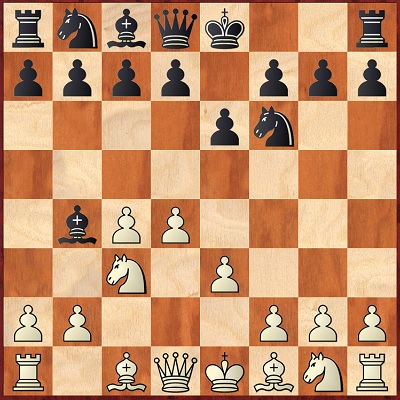 With his last move, White stabilizes the centre and prepare the development of his minor pieces. Like in almost all the Nimzo-Indian variations, in the future, he could try to obtain a pair of bishops by playing a2-a3.

Despite the fact that Black has a variety of options here, 4...0-0 is by far Black's most popular to meet the Rubinstein System. That's why I have decided to start with this move. The importance of this continuation could be explained by the fact that I dedicate to it 7 Chapters (Chapters 1 - 7).

Of course, Black has decent alternatives to the main line. The most popular and important ones are 4...b6, 4...d5 and 4...c5. These moves are dealt with in the last 3 Chapters of the present database (Chapters 8 - 10). 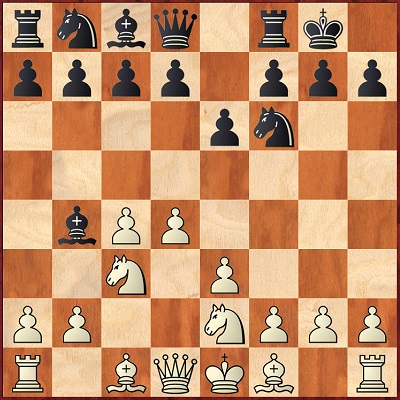 This flexible move is getting very popular recently. It's interesting to point out that this approach was advocated even by the World Champion Magnus Carlsen. One of the main ideas behind 5.Nge2 is to take with a knight in a case of Bxc3. In this way, White obtains a pair of bishops without spoiling his pawn structure on the queenside. That's why White is now threatening to play the modest looking a2-a3. This is the first important crossroad of the variation. Black should decide where to put his bishop and how to counter White's central strategy. 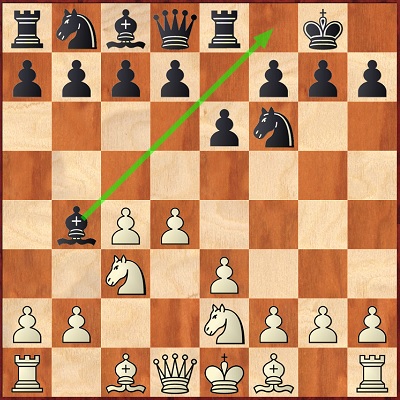 This is one of the most flexible systems that Black could choose against 5.Nge2 - system. Black intends to meet 6.a3 by means of Bf8 and later on to follow with d7-d5 or c7-c5, depending on the circumstances. My suggestion here is 6.a3 Bf8 7.Ng3 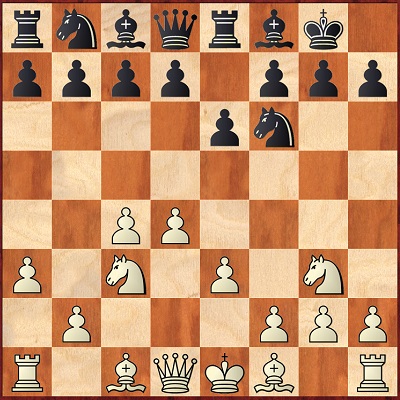 I think that this move is White's best bet in the fight for an advantage. His plan is to finish the development by playing Bd3 followed by 0-0. Later on, White could consider gaining space on the queenside by means of b2-b4.This variation is covered in CHAPTER 1. 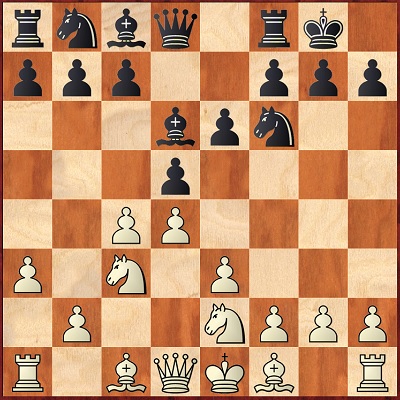 This provocative move has a solid positional background. Black accepts the structure which arises after 7.c5. White's main problem is connected with the difficulty to activate the c1-bishop which remains behind the pawn chain. The practice has shown that Black's idea to exchange the light-squared bishops by means of b7-b6 followed by a7-a5 and Ba6 is very decent. At the same time, after 7.cxd5, Black is very well prepared for the Carlsbad pawn structure in which the bishop is better placed on d6 than on e7.

Against this system, I recommend 7.Ng3 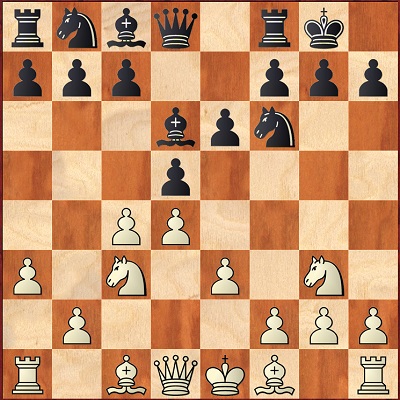 We follow the same strategy as in the line 5...Re8 6.a3 Bf8 7.Ng3. With his last move, White prefers to keep a flexible pawn structure in the centre. Later on, after developing his pieces, he could consider the e3-e4 advance. 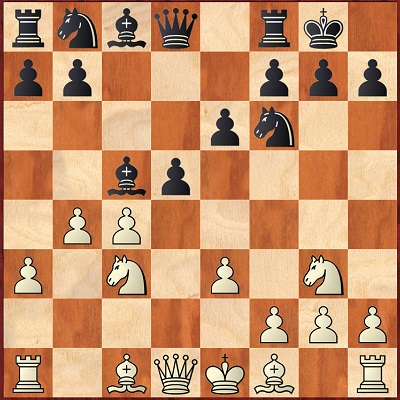 According to my analysis, White manages to obtain a slight edge in both cases.

This move is not so passive as it seems at first sight. After playing Nbd7 on the next move, Black is planning to go for dxc4 followed by e6-e5. The arising positions are very complicated and require deep positional understanding from both sides. At this position, my suggestion is 8.Be2. In most of the cases, we will reach a position in which White has a pawn majority in the centre. Since the queens are on the board, White could hope for a slight advantage. This line is covered in CHAPTER 4. 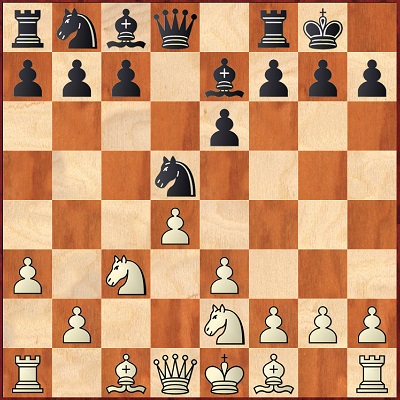 Played in a Grunfeld style. Black gives the centre in order to attack it later. This modern approach to the position became very popular recently. This move was played even by Anand in his game against the World Champion Magnus Carlsen played in 2013. In the present database, I recommend the move chosen by Carlsen - 8.Bd2 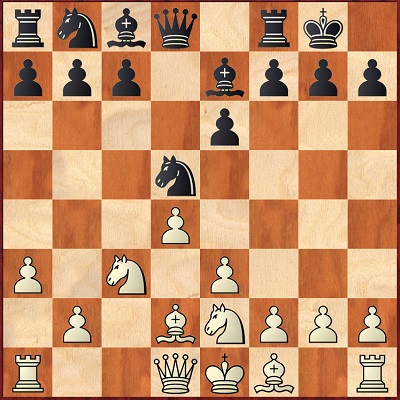 White gradually develops his pieces by making useful moves. Another idea behind the move 8.Bd2 is to take with the bishop in case of 8... Nxc3. Given the fact that the dark squared bishop is restricted by white central pawn chain, White could also consider the exchange of the dark-squared bishops via the b4-square. As it becomes clear from my analysis, Black has difficulties to neutralize White's initiative. The variation is dealt with in CHAPTER 5. 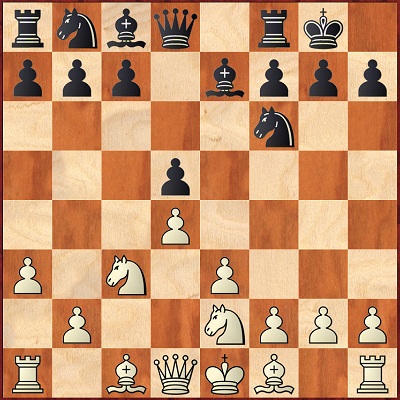 This is Black's main continuation. He opens the c8-h3-diagonal for his bishop and intends to go for a Carlsbad type of positions after c7-c6. Black's hopes are connected to the fact that White's c1-bishop is closed by his central pawn chain. On the other hand, the white knight could occupy the active f4-square. Additionally, White's flexible pawn structure allows him to develop initiative in the centre and on the kingside.

In this position, I recommend playing immediately 8.Nf4 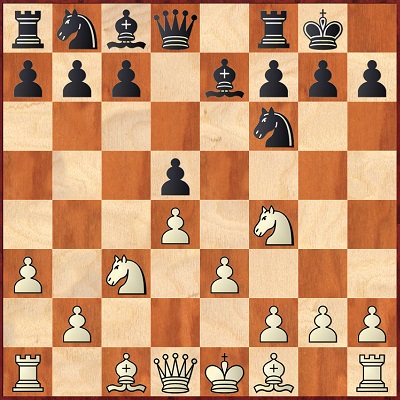 We have reached one of the main positions for the entire variation. Instead of the text move, White has played a number of continuations here - 8.b4, 8.Ng3, 8.g3 and even 8.h3. So far, Black proves sufficient counterplay in every single variation. By placing his knight on f4-square, Black temporarily stops the c7-c5 advance. Now he is ready to develop his bishop to d3, taking under control the important e4-square. My opinion is that with a correct play, White could pose some problems to his opponent. This variation is analyzed in CHAPTER 6. 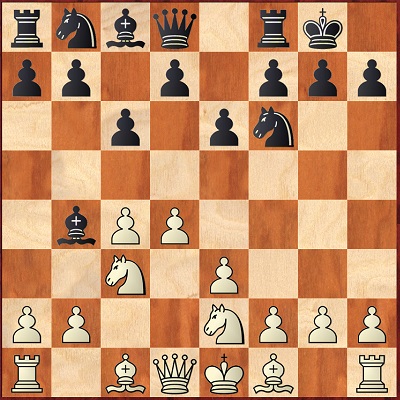 This strange looking move became quite popular recently. Black is planning to transfer his bishop to c7 and later follow with d7-d5. In such case, his dark-squared bishop will be very active on the b8-h2 diagonal while white c1-bishop will be restricted by its own pawns.

In this position, I managed to come up with a relatively new concept - 6.a3 Ba5 7.c5 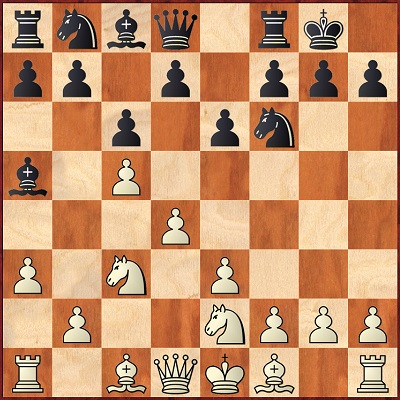 I think that this rare continuation is White's best bet for an advantage in this position. White's reaction is very principled since Black has a backward pawn on d7. In order to complete his development, Black should play d7-d5, allowing the exchange of his central pawn after cxd6. Later on, if Black wants to bring his light-squared bishop into play by means of e6-e5, the central pawn will be exchanged and White will enter a position with central pawn majority. This position is covered in CHAPTER 7. 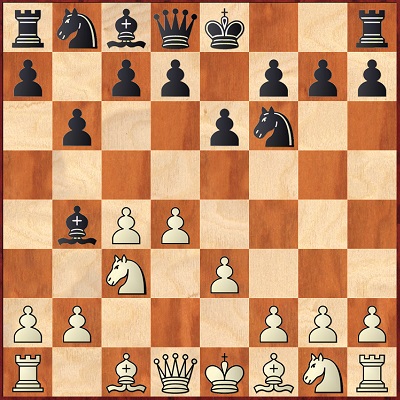 This is a very interesting system. Black prefers to keep his central pawn structure flexible. Depending on the circumstances, his light-squared bishop could go either to b7 or to a6. For example, after spoiling White's structure by means of Bxc3, Black could play Ba6 followed by an attack against the c4-pawn. On the diagram position, I recommend the move 5.f3 with the idea to occupy the centre by means of e3-e4. White makes use of the fact that Black couldn't play 5...d7-d5 due to 6.Qa4. This variation is examined in CHAPTER 8. 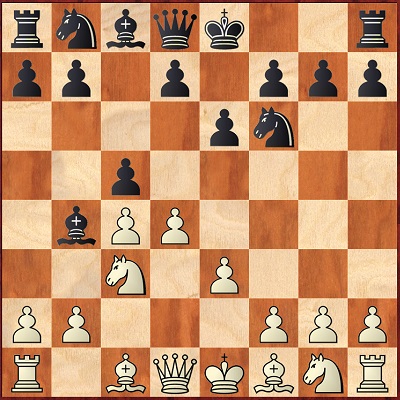 This is by far the Black's most solid alternative to the main line. Besides his normal plan based on the fight for the centre by means of d7-d5, in this position, Black has another idea as well - he could follow with Bxc3 and later play against White's doubled pawns on the c-file.

That's why I recommend 5.Nge2. White's main idea is to take the bishop pair without allowing our opponent to spoil our pawn structure. At this point, White is ready to follow with a2-a3. Black has a variety of options here. All of them are covered in CHAPTER 9. 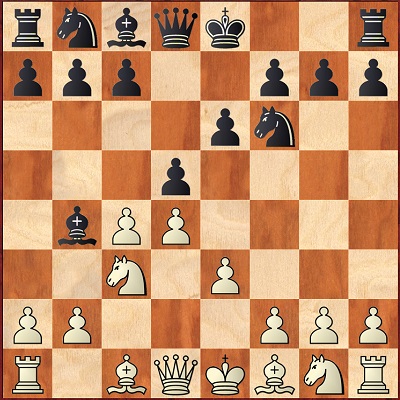 This continuation was quite popular in the past. Black is fighting for the centre and delays castling for later. Later on, depending on the circumstances, Black could either exchange his b4-bishop for the knight or go back to e7.

I think that White's most principled reaction is 5.a3. White forces his opponent to decide what to do with the bishop. If 5...Be7 then Black's position is a little bit passive. After the principled 5...Bxc3, we achieve one of the main crossroads in Nimzo-Indian Defence. This kind of positions was the matter of discussion even 70 years ago. White is trying to advance his pawn majority in the centre and later to organize an attack on the kingside while Black is trying to block the position and prevent his opponent from playing e3-e4-e5. I deal with this variation in CHAPTER 10.