Complete Repertoire against the Benko Gambit

The topic of current database is the Benko gambit (among Russian speakers also known as Volga gambit) that arises after the following opening moves: 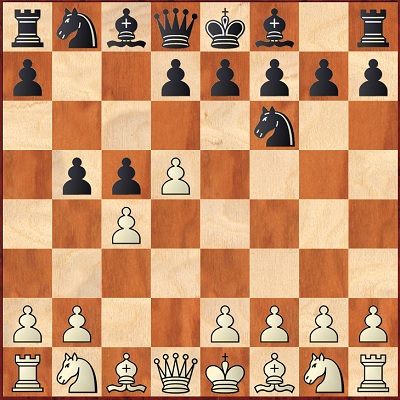 This is the initial position. Black is sacrificing a pawn as early as on move three! It is a clear indication that Black is very ambitious, not playing for accurate equality, but ready to fight for an initiative from the very beginning. The idea of sacrificing a pawn is to open both "b" and "a" files for black's heavy pieces. Later after developing the dark squared bishop to g7, Black is hoping to exert a serious pressure on white's queenside.
In general White has two different approaches. One is to accept the pawn sacrifice by 4.cxb5 and to try to defuse black's initiative in the long term struggle. Second is to decline the pawn sacrifice while fighting for an initiative from the very beginning. In the current database, I will present the example of the second approach. 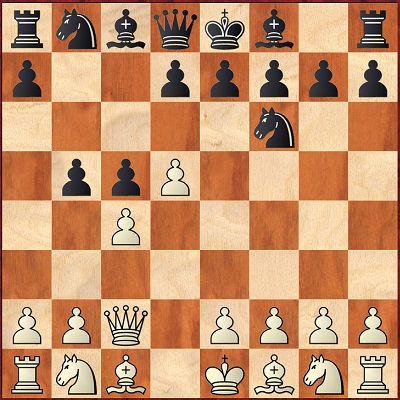 This is not the main theoretical continuation, but it doesn't make it less ambitious! Usually, it is not recommended to develop the queen at such an early stage. A dogmatic rule says that you should develop knights and bishops at first. I must emphasize that in most of the cases I recommend you to follow these rules. However, by choosing Benko gambit Black creates a crisis on the board, which requires special attention and concrete play. We can see that White seized space in the center thanks to his pawn on d5 and it would be great if another central pawn would join it. The move 4.Qc2 creates an idea of advancing the "e" pawn to e4, which will cement white's control over the center.
This line is not a frequent guest in top level tournaments. Nevertheless, two notable grandmasters Shakhriyar Mamedyarov (on the photo) and Alexey Dreev has employed this line on a regular basis, achieving good positions and good results as well. 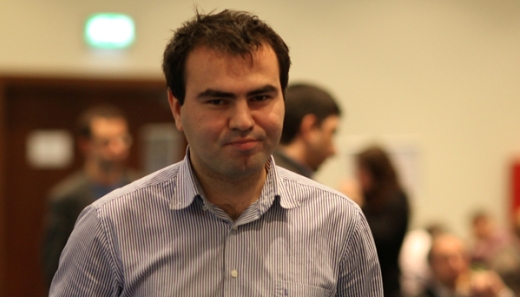 Black has numerous replies and we will examine them one after another, starting from minor lines. 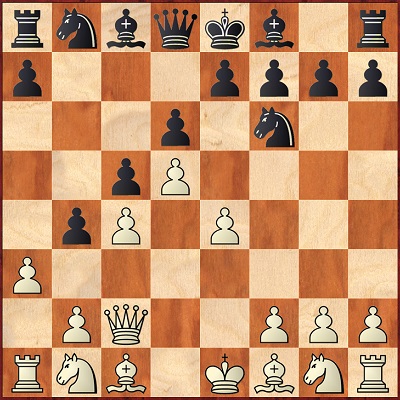 This is a key move for the position. By exchanging the b4-pawn, White not only eliminates Black's space advantage on the queenside but at the same time he brings his rook into play and frees the c3-square for the knight. 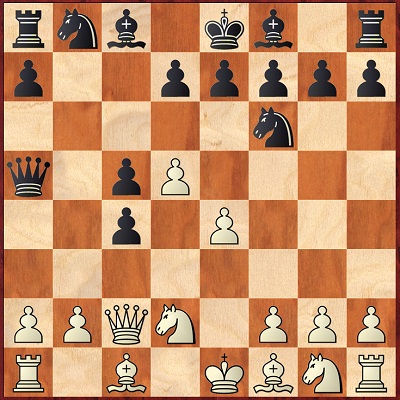 White occupies the center, intending to follow with Bxc4 on the next move. On the other hand, Black's activity on the queenside is temporary.

With his last move, White is covering the b4-square and asking the straight question: "What the knight is doing on a6?"

Later on, we should go for e2-e4 followed by the natural development of the kingside. As it becomes clear from my analysis, White manages to hold the center while Black's a6-knight remains misplaced.

The continuation 4...e6 takes us to CHAPTER 3 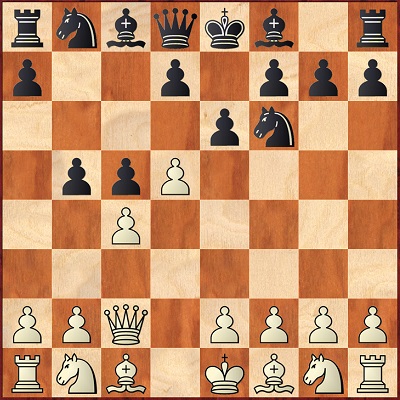 Black is attacking the center in the spirit of the Blumenfeld Gambit. Since White has played Qc2 (instead of Nf3 as in Blumenfeld Gambit), he could support the center by means of 5.e4. After 5...exd5 (5...bxc4 would transpose to Chapters 5 and 6) 6.cxd5 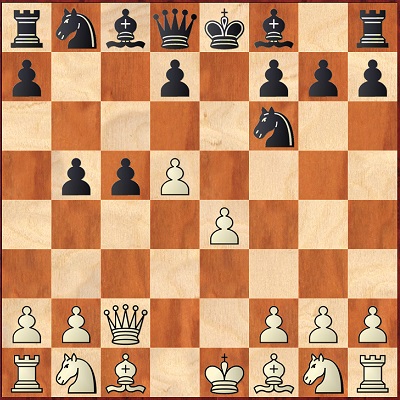 White has a favorable version of Benoni structure. Usually, in such kind of positions, Black is not advised to go for b7-b5 before completing the development. That is why one of our main ideas would be to attack Black's overextended queenside by playing a2-a4, provoking the b5-b4 advance. Later on, White could transfer his b1-knight to the weakened c4-square. According to my analysis, White gets an advantage in all the lines.

In CHAPTER 4, the reader could see what happens when Black insists on sacrificing the b5-pawn. The line goes 4...g6 5.e4 d6 (Black's fourth and fifth moves may also come in opposite order) 6.cxb5

Practice shows that Black doesn't manage to create a sufficient counterplay in these positions and White enjoys a solid advantage. My examination confirms this evaluation. 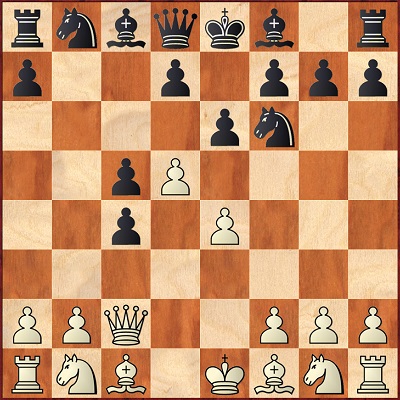 The idea of Black's last move is to undermine White's central pawn chain. At this point, I provide the reader with a choice. CHAPTER 5 is dedicated to the solid 6.Bxc4 exd5 7.cxd5 d6 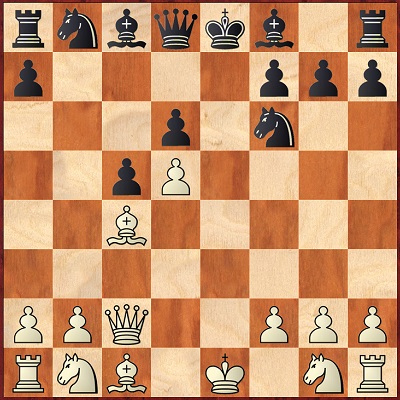 We reached one of the most important pawn structures in the variation. I am convinced that with a precise play, White maintains a slight edge. 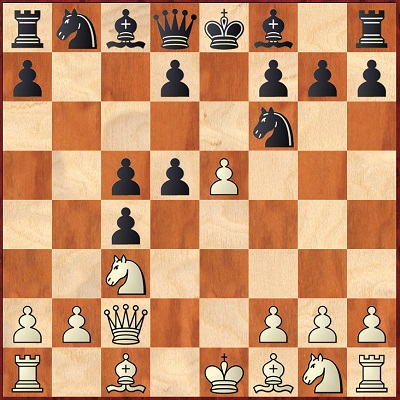 This is White's most challenging option. Despite the fact that the arising positions are extremely complicated, Black's play is much more difficult. That is why he should know very well what he is doing. 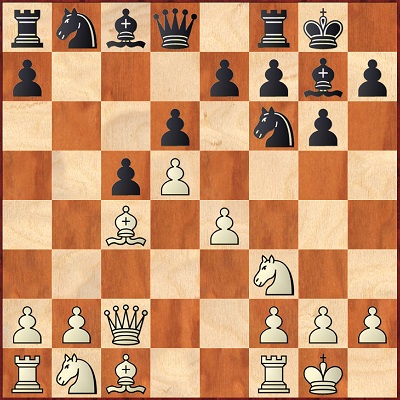 In this position, my main recommendation is the prophylactic 9.h3 which is examined in CHAPTER 8. My conclusion is that White's chances are slightly preferable.

If White doesn't wish to spend a tempi on a pawn, then he could go for 9.Nc3. This continuation is dealt with in CHAPTER 7. When dealing with the positions arising after 9.Nc3 I didn't find a complete equality for Black.

Of course, the reader could make a choice between the options suggested in Chapters 7 and 8. Nevertheless, I think that we should analyze them both because the position is not concrete and some transpositions are possible. That is why the knowledge of the main plans is much more important than the exact move order.