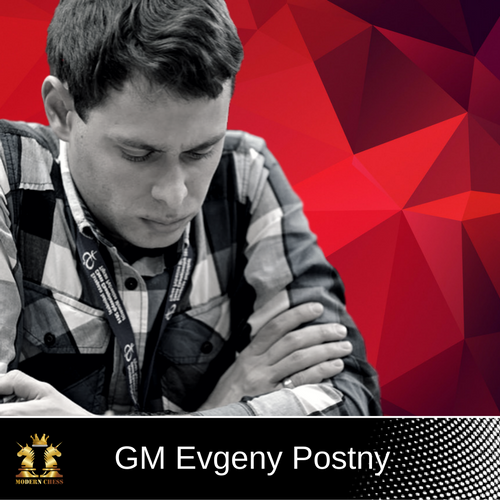 Given the fact that nowadays White experiences major difficulties to obtain an advantage in Ruy Lopez, he started looking for decent alternatives. That is why the so-called Scotch Opening became highly popular even at top level. In the recent years, modern practice showed that the Scotch offers a variety of interesting and unexplored positions. That is the reason why among it's supporters we could find the names of creative top grandmasters like Maxime Vachier-Lagrave, Ian Nepomniatchi, Alexader Morozevich and of course the great Garry Kasparov.

The current data is designed to provide the reader with a solid Anti-Scotch repertoire which can be used at any level. 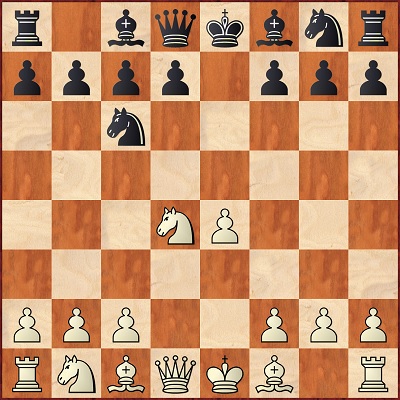 This is the starting position of the Scotch. An early exchange of central pawns opened up the position. Therefore, the character of the battle will be different, compared to closed Ruy Lopez opening or solid lines of Giocco Piano. Currently, White has some space advantage thanks to the pawn on e4. Black has several options to challenge White's central domination. One main line is 4...Nf6, attacking the central pawn. 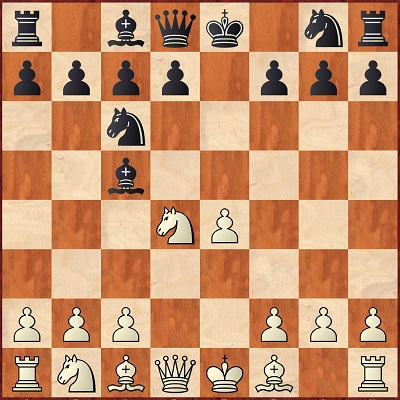 It is always nice to win a tempi in the opening when you attack the opponent's piece by simply making a natural developing move. After 4...Bc5, Black is slightly ahead in development. The matters are not so simple, though. White is hoping to complete his development sooner or later and enjoy his slight advantage in space. As we will see, the pawn on e4 will be black's main target in most of the lines.

In this database, I will try to cover all that I consider important to know for Black against the Scotch Opening, and at the same time to make the material reasonably compact without too many long and forced lines, which are difficult to remember.

Before dealing with the main line 5.Be3, I cover White's alternatives on move 5. 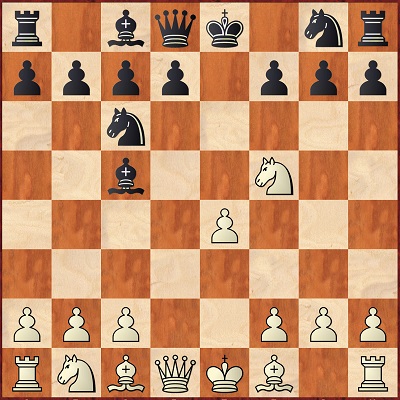 White immediately attacks the unprotected g7-pawn but remains behind in development. In order to make use of that advantage, Black should play very energetically. If he is courageous enough to play the right move 5...d5!, he can be pretty confident about his prospects. I examine this line in CHAPTER 1. 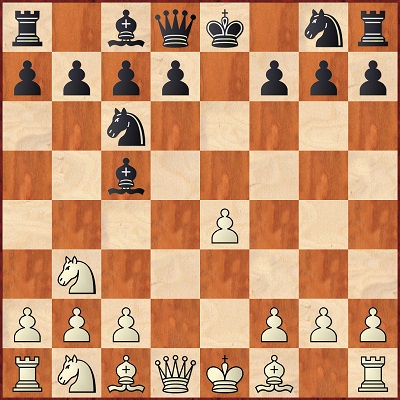 This used to be a side line, but in recent years White scored some successes after this move, so it should be taken seriously. In my opinion a fairly aggressive play required from Black to achieve a fully playable position. 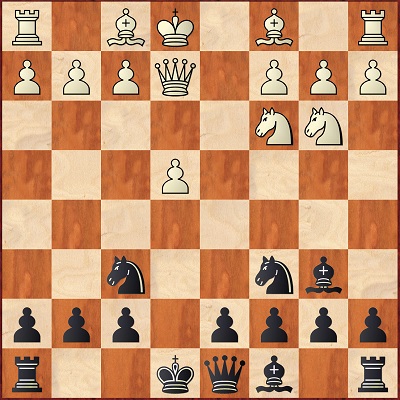 Looks awkward, but White's plan is very ambitious. He wants to prepare a castling to the queenside. Black is going to castle to the opposite side of the board. When the kings are on different flanks - this usually leads to a sharp battle, as each side can push his pawns forward against the opponent's king, without weakening it's own. I examine also 6.Qe2 instead of 6.Nc3 though in my suggested line, most probably, we will have a transposition.

Lets take a look again at the position on the diagram. At this point, my recommendation is 7...a5 immediately challenging White's problematic knight on b3. My analysis show that Black holds his own in all the variations. This line is covered in CHAPTER 2.

After the line with 5.Nb3, the database continues with another highly popular variation - 5.Nxc6 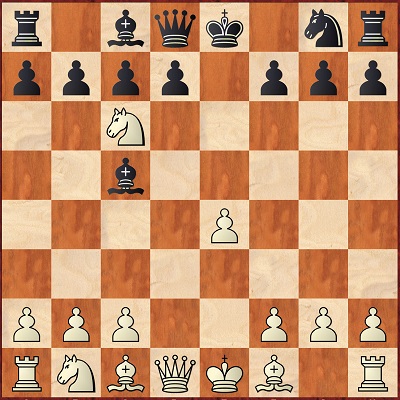 This is one of the main continuations. Now, if Black recaptures the knight by the "d" pawn - this will lead to an unfavourable exchange of queens for him. He will lose the right to castle and will get doubled pawns on the queenside. Therefore, Black's best reply is intermediate 5...Qf6 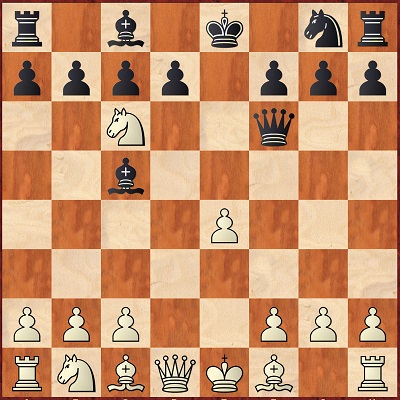 Black is threatening mate in one! Later on, Black will recapture the knight by the "d" pawn, opening the diagonal for his light-squared bishop and at the same time keeping the queens on the board.

At this point, White has choice. White's most promising continuation is by far the move 6.Qf3. Nevertheless, White has several alternatives - 6.f4, 6.Qe2 and 6.Qd2. These relatively harmless continuations are covered in CHAPTER 3. 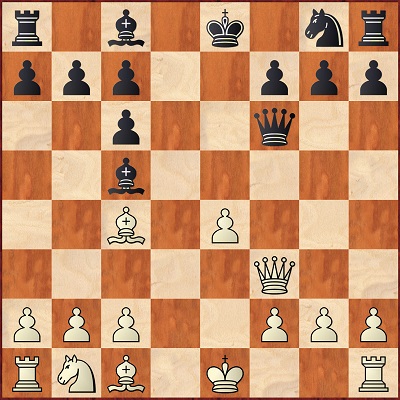 White develops his bishop on an active square and leaves all the options open. In this position, I recommend the rare 7...Qe7 when Black could develop his knight to the active f6-square. In most of the cases, he follows with 0-0-0, after developing the light-squared bishop to e6. My analysis show that Black is more than OK in the arising positions. The move 7.Bc4 (together with some minor options like 7.Qxf6 and 7.Nd2) is dealt with in CHAPTER 4. 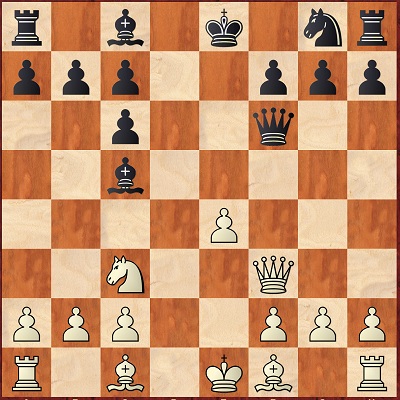 This is the main line. For the moment, White is not in a rush to develop his f1-bishop. Instead, by playing 7.Nc3, he covers the b2-pawn and preapres the sortie of the c1-bishop. Generally, this bishop goes to e3, in order to neutralize Black's c5-bishop. My recommendation is 7...Be6 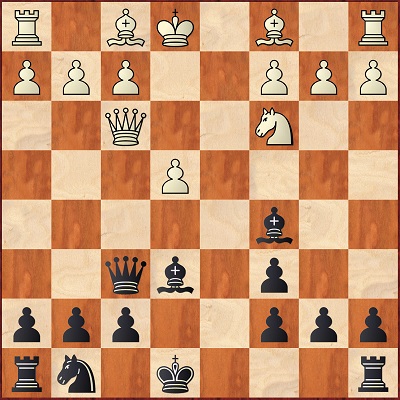 Black's light-squared bishop occupies a perfect position. Black is now ready to castle long. Note that we keep our knight on g8 in order to be prepared for a possible exchange of the queens.

I think that White's most challenging option is the move 8.a3 which is advocated by GM Ian Nepomniachti. The idea is simple - White is planning to follow with 9.Be3, preventing Black from answering with 9...Bb4. My analysis show that Black's best way to continue is 8...0-0-0 9.Be3 Qe5 when he manages to create a sufficient counterplay. In some of the lines, even White should be precise. Besides 8.a3, I also deal with the moves 8.Be3 and 8.Qg3. These options, however, doesn't pose any problems for Black. The moves 8.a3, 8.Qg3 and 8.Be3 are explained in CHAPTER 6. 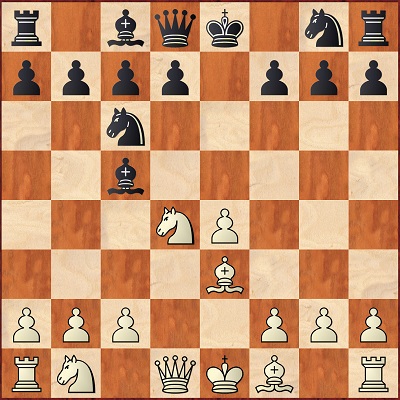 From a positional point of view, this is White's most logical option. His idea is to keep the knight in the centre as long as possible. If he has enough time, White would be happy to complete the development by making moves like Nc3, Be2, 0-0 and eventually f2-f4. That is why Black should play in a very energetic way. The best move is 5...Qf6 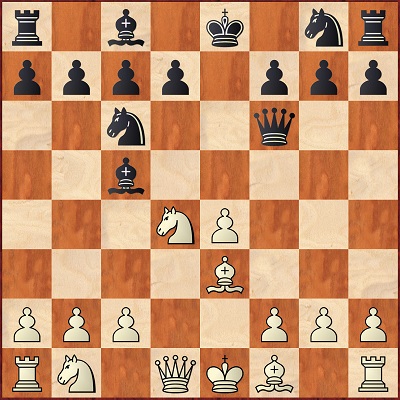 Normally, it's not recommended to develop your queen at such an early stage in the opening. The move 5...Qf6 is very concrete, attacking the knight. One of the ideas is to provoke the move c2-c3 after which White's knight couldn't occupy the favorable c3-square. This makes easier for Black to realize the d7-d5 advance under favorable circumstances. Black has to bear in mind that if White manages to complete his development smoothly, his queen will become vulnerable. Therefore, Black's play has to be concrete enough. He has to take as many benefits as possible from a slight advantage in development. Remember: every advantage in development is temporary!

The main position of the variation is reached after the moves 6.c3 Nge7 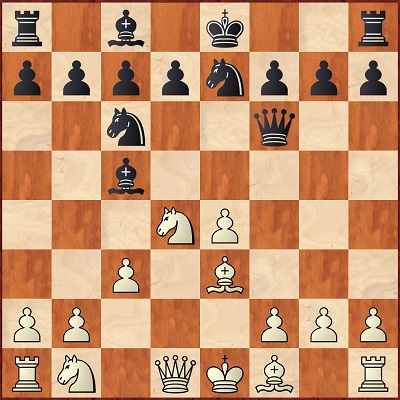 This is the main tabia of the whole line. By developing his knight, Black also preapres one of his main strategical ideas - the d7-d5 advance. Currently Black is ahead in development, but White hopes to catch up soon, keeping more space in the center. White has many options to develop.

At this point, White's main continuations are 7.g3 and 7.Bc4. Before start dealing with them, however, it is important to cover some alternative options. In CHAPTER 6, I deal with a number of minor options - 7.f4, 7.Qd2, 7.Bb5, 7.Be2 and 7.Nc2. As it becomes clear from my analysis, these moves are quite harmless if Black knows what he is doing. In the same chapter, I also examine one of White's alternatives on move 6 - 6.Nb5, instead of 6.c3. Of course, with a couple of precise moves, Black solves all his problems. We could say that White is the one who should hold the equality. 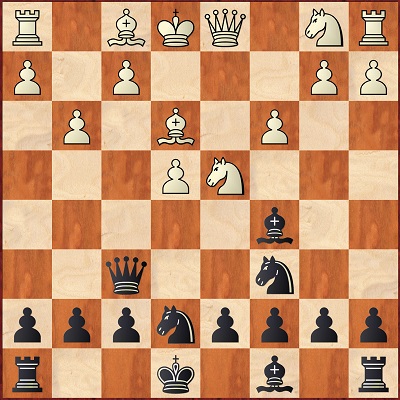 White's idea is very logical. By developing his bishop to g2, White makes difficult for his opponent to execute the d7-d5 advance. Later on, he could continue grabbing space by means of f2-f4 followed by e4-e5. In order to avoid this scenario, Black shouldn't waste time. My recommendation is 7...d5. We should strike in the centre before the move Bg2. In the arising open positions, White generally tries to use the somewhat exposed position of Black's queen. Nevertheless, practice and computer analysis show that Black is doing very well in all the variations. This line is examined in CHAPTER 7. 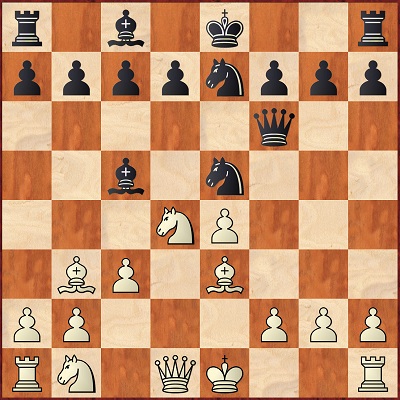 By playing 8.Bb3, White tries to fight against the advance d7-d5. On the other hand, Black could make use of the fact that the bishop goes far away from the kingside. It turns out that White's concept doesn't work tactically. My main line goes 8...Qg6 9.0-0 d5! 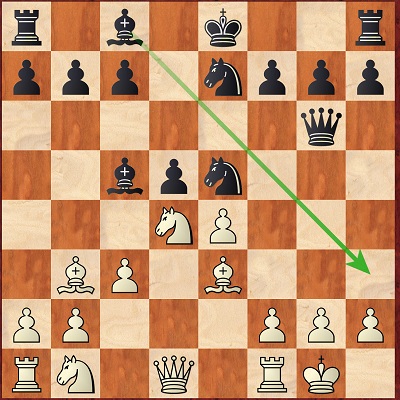 Nevetherless, this move is possible! Note that the opposition along the g-file is very important in this line. Concrete analysis show that White must play precisely in order to reach a drawish endgame. This position is extensively examined in CHAPTER 8. 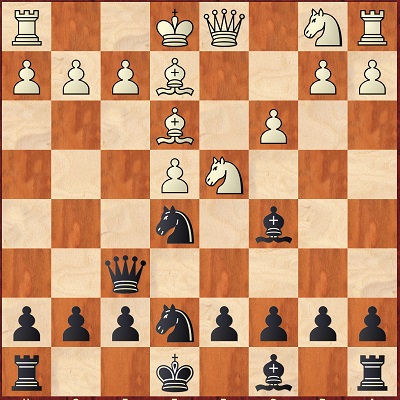 This is the main line. White is making a step backward but in the future he will be trying to prove that the e5-knight is unstable. On the other hand, we shoud point out that this central knight creates a lot of dynamic possibilities.

My recommendation here is the solid 8...d6. By taking the g4-square under control, Black is planning to meet the move 9.f4 by means of 9...Ng4. That is why White's main continuation is 9.0-0. My analysis show that after the precise 9...Qg6, Black equalizes without too much efforts. This line is dealt with in CHAPTER 9.