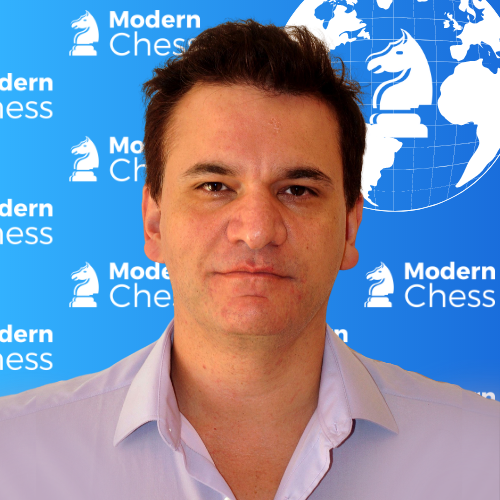 In his first database for Modern Chess, GM Martin Lorenzini offers a combative repertoire against 1.e4. He presents us with the Scandinavian Defence. This opening is a rare guest at the top-level but can be a hazardous weapon for club players. The Argentinian GM defends Scandinavian with Black pieces on many occasions and is one of the great specialists for Black. He offers an aggressive repertoire, and all the lines are analyzed in great depth. The arising positions are all double-edged and give Black the chance to fight for the initiative from the start. The database contains 20 theoretical chapters and 21 test positions. 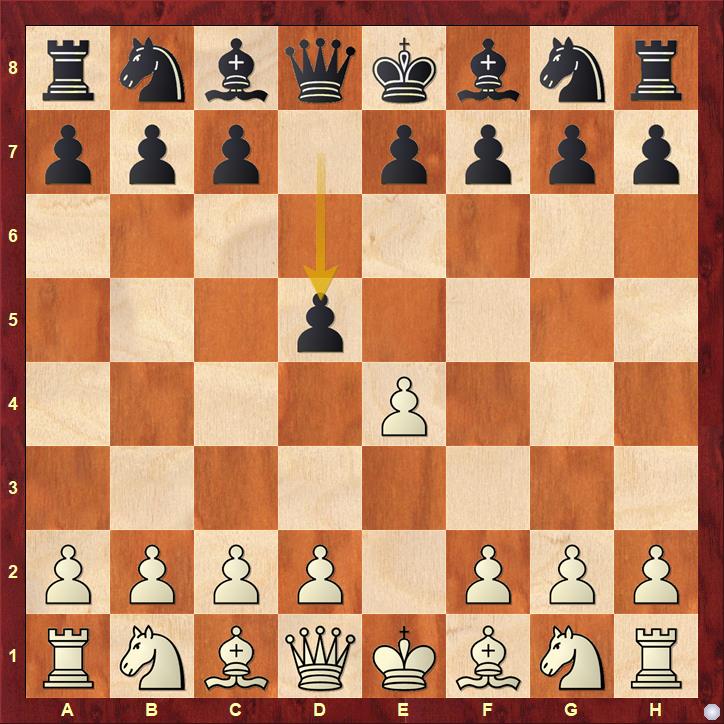 In this chapter, the author analyzes four alternatives to the main move 2.exd5.
The most popular is 2.Nc3, where the author suggests two ways of handling the position for Black.
The other alternatives are less critical - 2.d3, 2.e5, and 2.d4. The Argentinian GM shows the easiest way for Black to meet those systems. 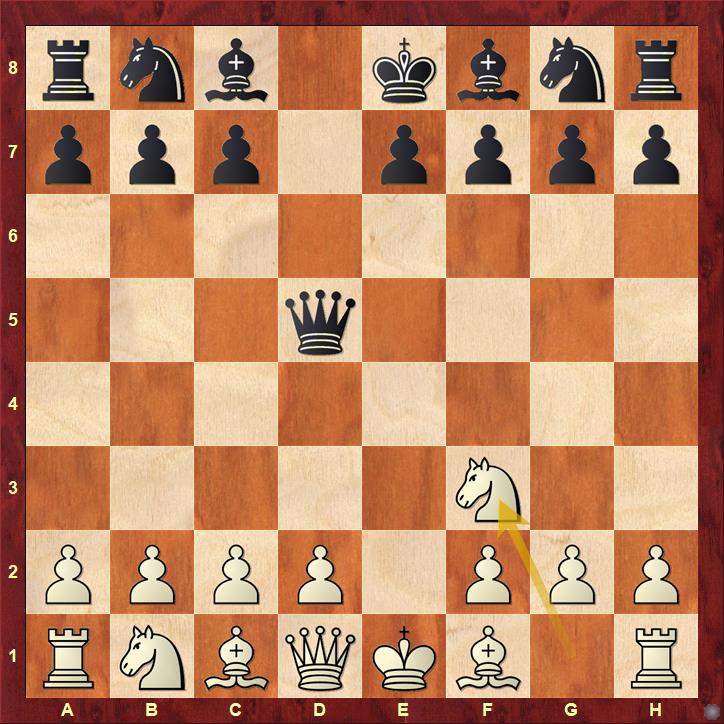 In chapters 2-4, the author analyzes the most serious attempt for White to avoid the main lines - the move 3.Nf3.
This quiet knight development is a trendy choice to combat the Scandinavian Defence. The main idea is to have the possibility to advance the central white pawns to d4 and c4. The theory of this line has grown considerably. Black has different plans to choose from. Lorenzini opts for the most principled lines. 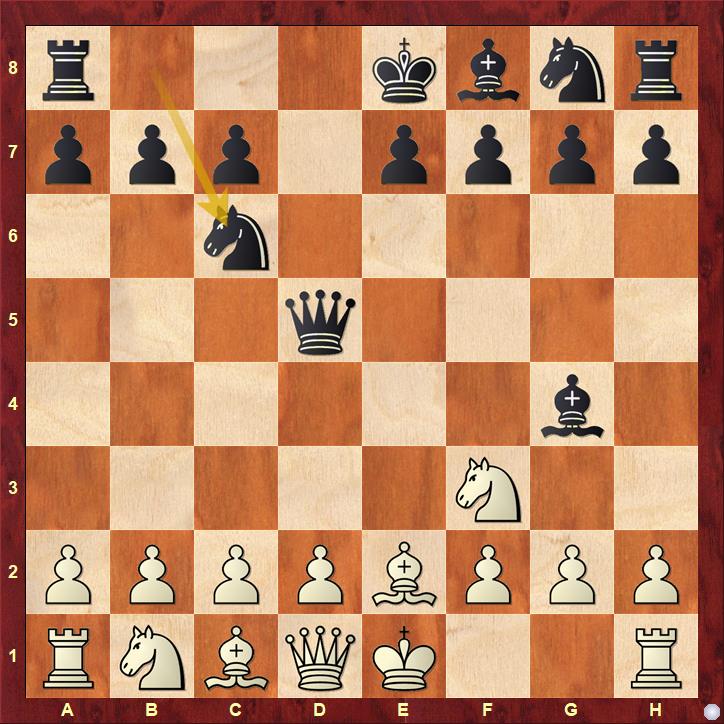 In this chapter, the author analyzes some of the alternatives to the main line 5.d4 like 5.Nc3, 5.h3, 5.0-0. He also takes a look at the positions after 5.d4 0-0-0 6.Nc3 and concludes that those sidelines require precision from Black but are not dangerous. 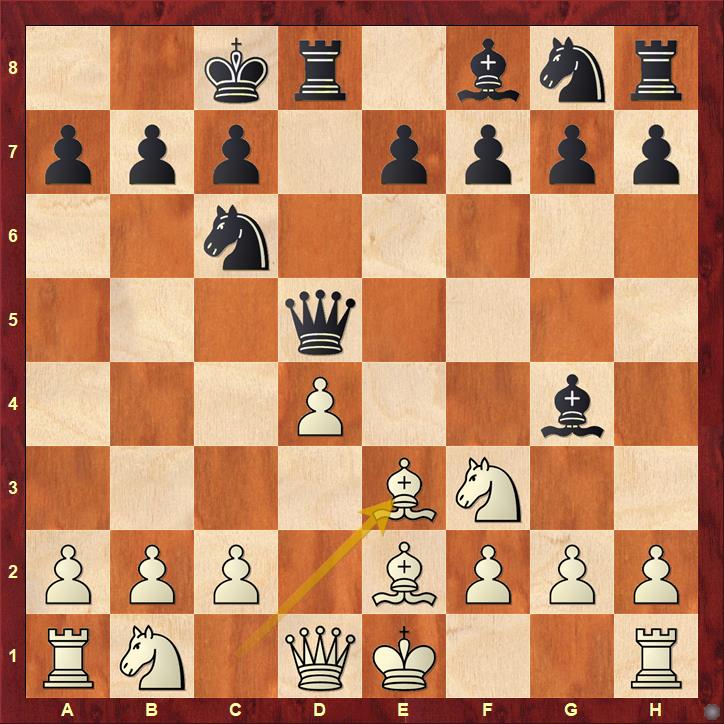 One of the mainlines within 3.Nf3. White's plan is to keep the pieces flexible with ideas like c4 and Nc3 or Nbd2 and c4 at the right moment. The line is very rich in possibilities. Black has a variety of variations to choose from. The author presents the most natural way of playing for Black. 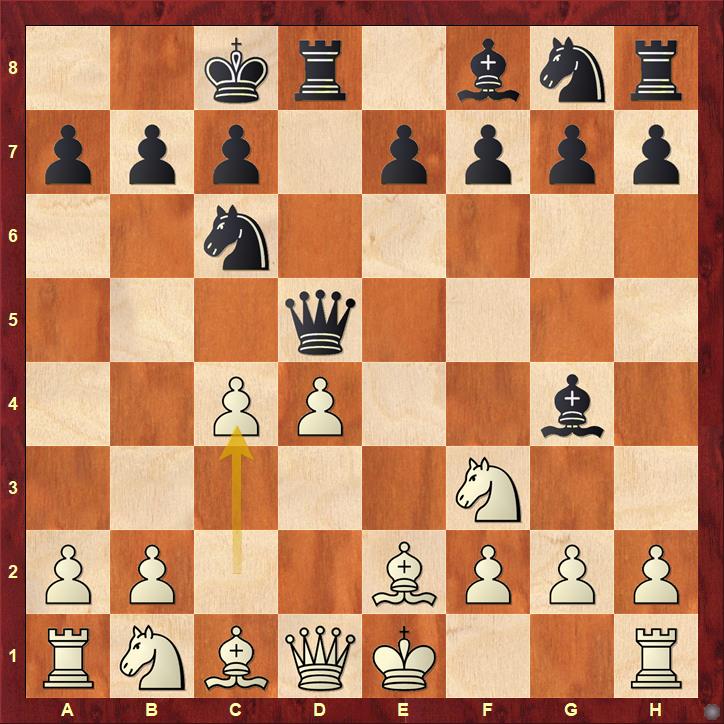 The most critical position in the entire 3.Nf3 system. Black should continue with 6...Qf5!. White has a choice between 7.Be3 or 7.0-0. Both moves lead to equal positions, but Black needs to play accurately.

Before entering the main theoretical lines, the author analyzes some minor alternatives for White on move 4
The chapter starts with the interesting move 4.b4!? which was recently tried by Nakamura. It is an interesting pawn sacrifice, but objectively Black is more than OK in this line. The other interesting alternative is 4.Bc4 Nf6 5.d3 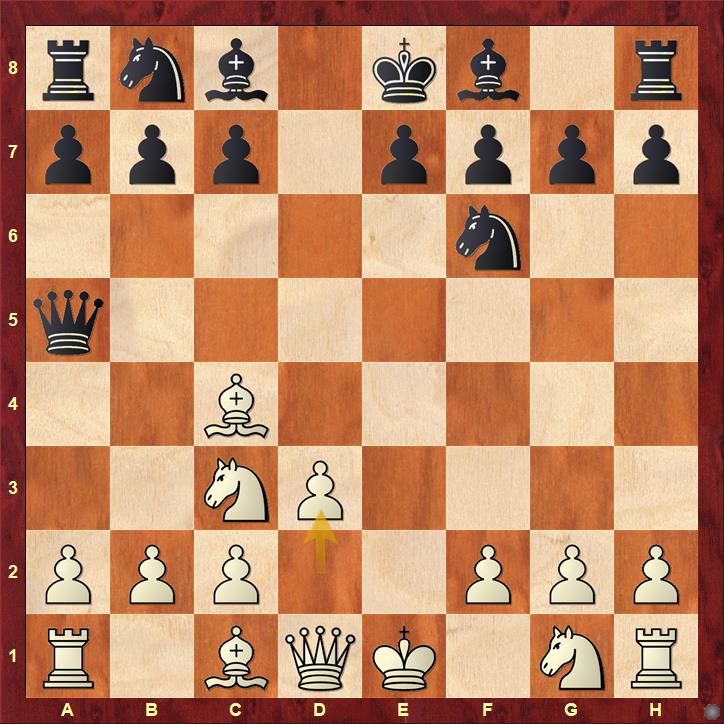 This is the favourite weapon of GM Nigel Short. Lorenzini shows an interesting new concept to fight this line.
The last rare line is 4.g3. This is a solid option, but Black has more than one way to equalize. 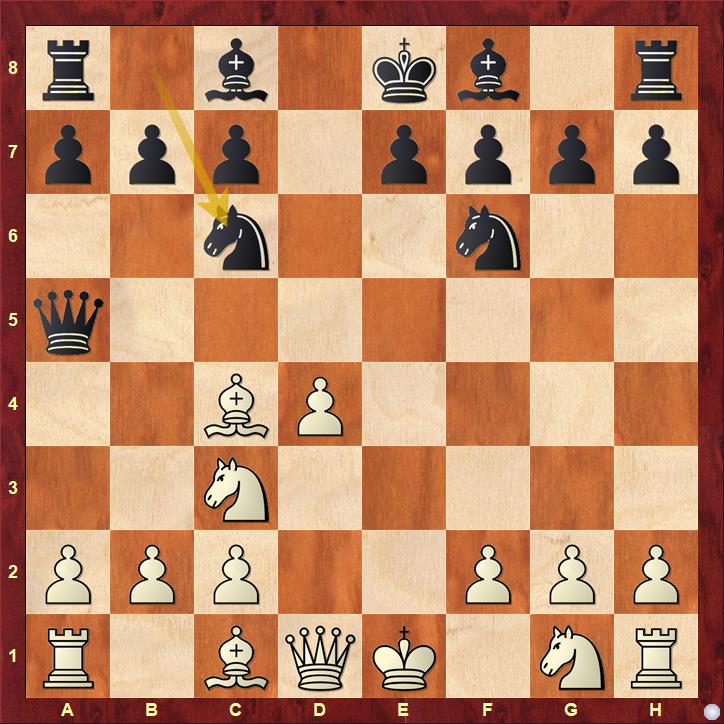 This early bishop move is played with the idea of developing the g1-knight to e2 and having the possibility of advancing the kingside pawns. It is an aggressive line with chances for both sides. Black should answer it with 5...Nc6 immediately putting pressure on the "d4" pawn, and we reach the starting position of this line. In this chapter, the author analyzes the sidelines 6.Nf3 and 6.d5. They are not serious attempts to achieve an advantage for White. The author also introduced the main line 6.Nge2 Bg4 and analyzed the attempts for White to avoid the main line. 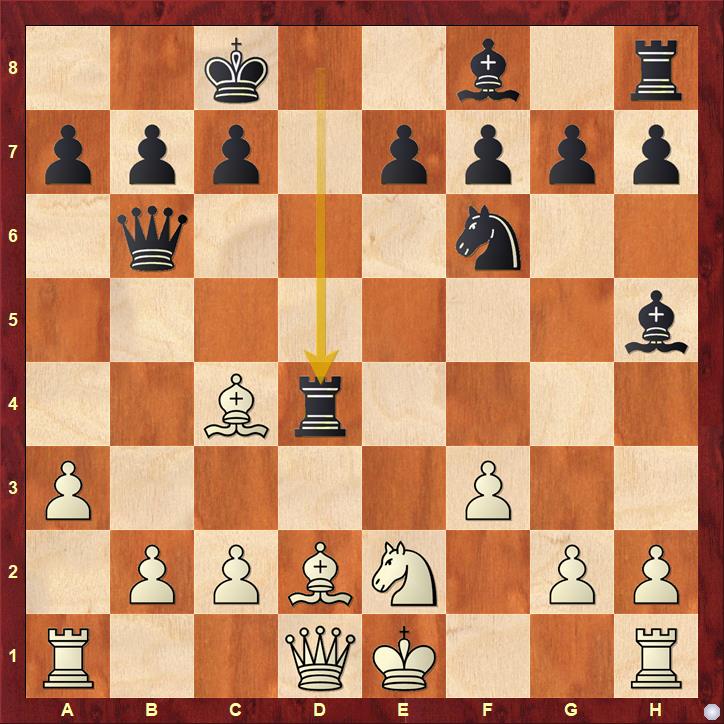 Very interesting exchange sacrifice, which was the main line for many years. The recent developments show that White can hope for a slight plus in this line, but the position remains quite complicated. 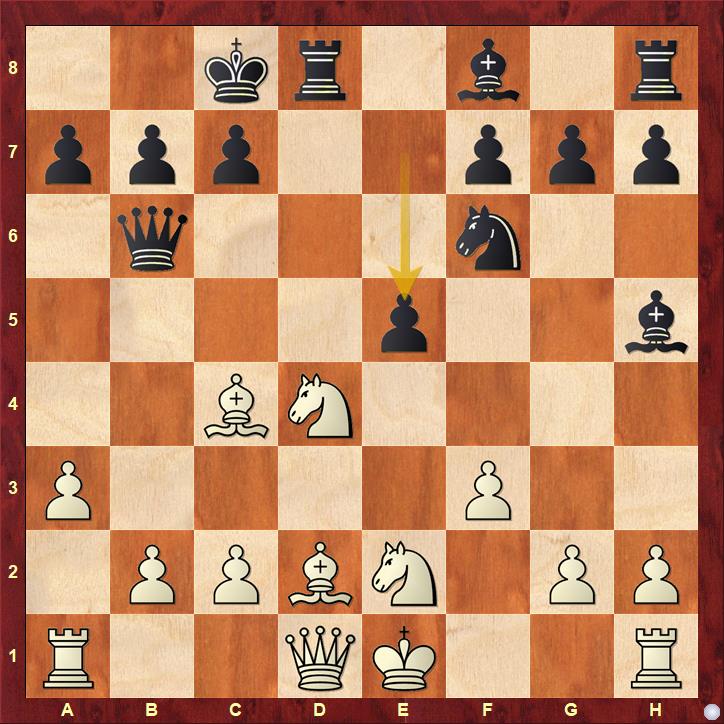 GM Lorenzini suggests an exciting alternative to the exchange sacrifice from the previous chapter.
Black sacrifices a piece to quickly develop and take advantage of the white king's being stuck in the centre. This leads to very unbalanced positions. Black has enough counterplay in these lines. 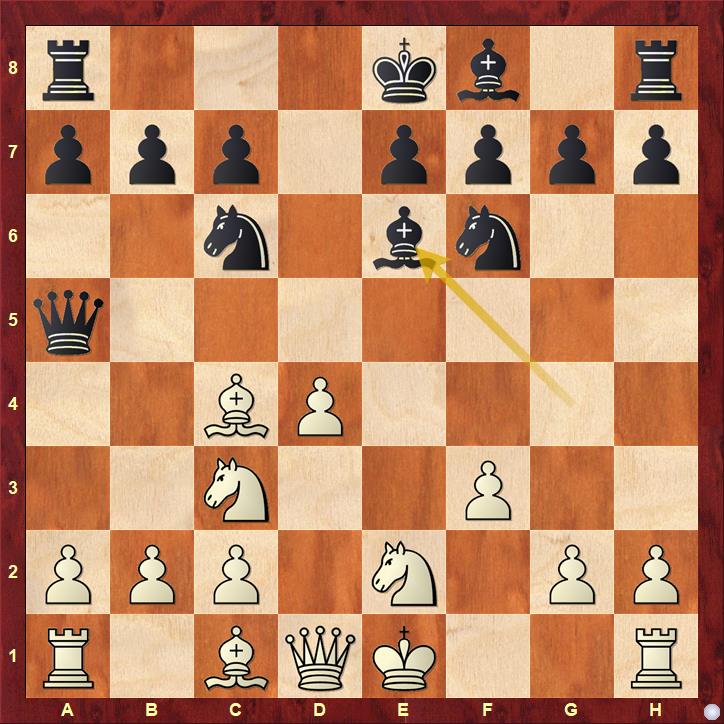 In the main line after 8.Bxe6 fxe6 Black plans to castle long quickly and hit the centre with e5. Despite White's dominance of the e4 square, Black's good central piece play guarantees a fine game. White can deviate by playing 8.Bb5, but after 8...0-0-0 Black's position is very comfortable. 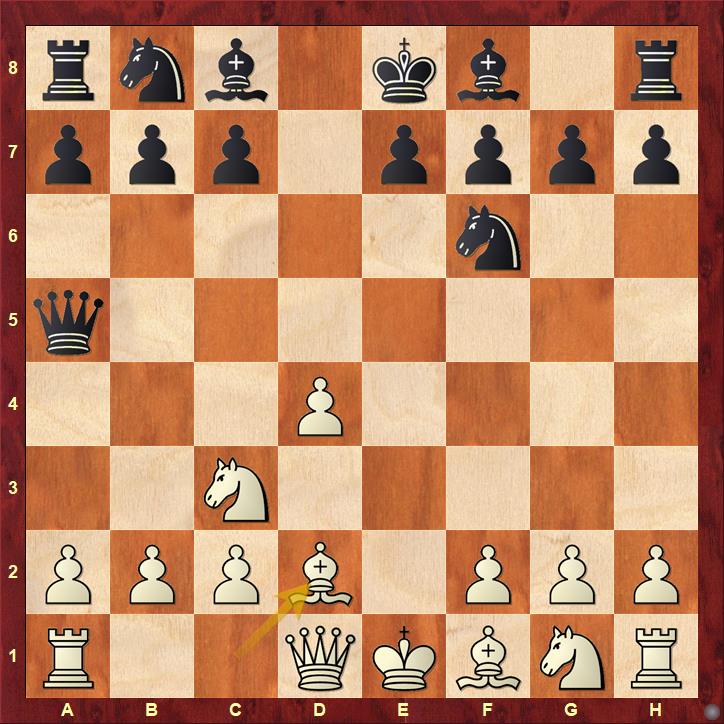 A cunning move by White, waiting to see the black setup while keeping his own kingside options open. This move became popular due to being chosen by the great Vladimir Kramnik in his game against Malakhov in Paris 2004. Black should continue with 5...Bg4. White has five different options on move 6, but after all of them, Black gets adequate counterplay.

From this chapter until the end, the author analyzes the main continuation for White - 5.Nf3
Black usually continues with 5...Bf5, and here, White chooses between 6.Ne5 or 6.Bc4 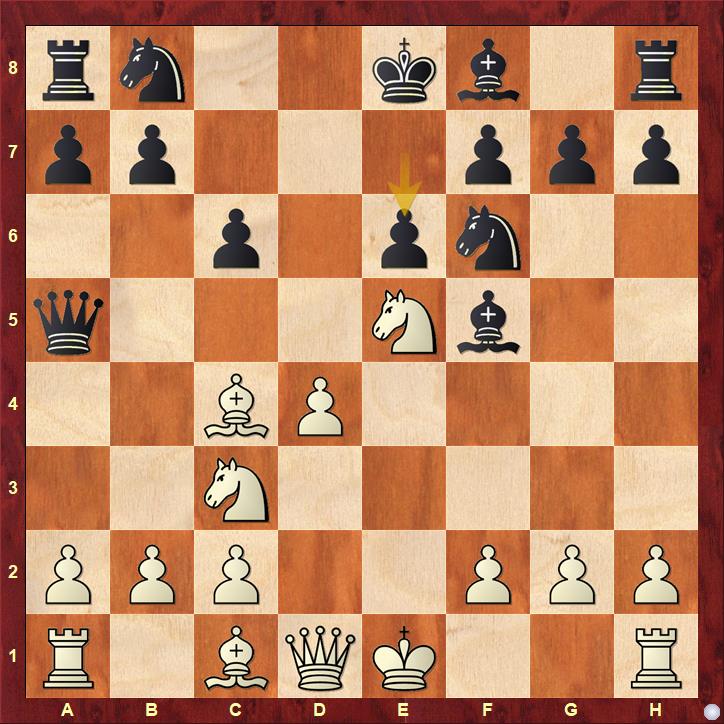 The main line continues 6...c6 7.Bc4 e6 8.g4. This aggressive pawn advance is the main line of the variation with 6.Ne5. The idea is to harass the bishop on f5 while gaining space. This can lead to weakenings in the future that could be harmful. The character of the line is tactical. In this chapter, the author introduces 8.g4 but also analyzes 8.0-0 and 8.Bd2. 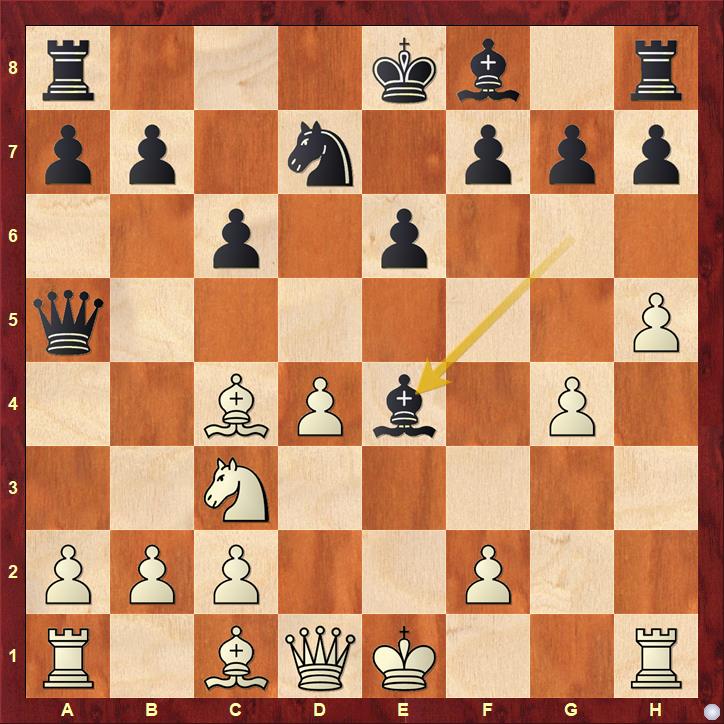 We achieve the main line within the 6.Ne5 variation. White should choose between 12.Rh3 or 12.0-0
According to the author, the later has more venom. Lorenzini analyzes this position in great depth and concludes that Black is doing fine in this variation. 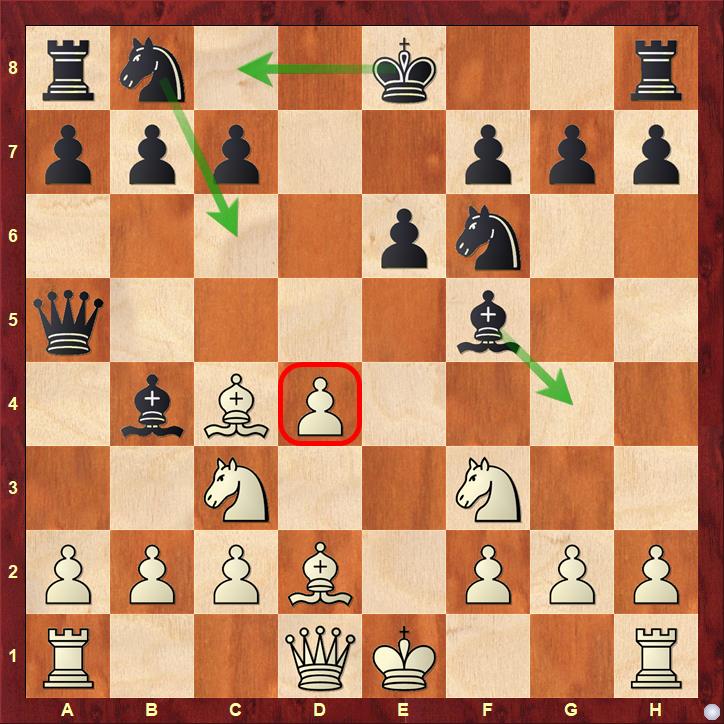 With the last move, we enter what can be called the "Laznicka Variation." The first players to try it at a master level were Ioannis Papaioannou and Eric Prie, both great specialists of the Scandinavian Defence. But it was due to the efforts of the strong Czech grandmaster Victor Laznicka, who used it consistently at the highest level, that it grew in popularity to a considerable extend. Besides having virtues of its own, the variation has the advantage of avoiding the line 1.e4 d5 2.exd5 Qxd5 3.Nc3 Qa5 4.d4 Nf6 5.Nf3 Bf5 6.Bc4 c6 7.Bd2 e6 8. Nd5!, where Black is currently in trouble. By instead playing 6...e6 7.Bd2 Bb4, he retains the option of developing his knight actively to c6. In combination with a possible long castling and the development of the light-squared bishop to either g4 or e4, the pressure on the white d4-pawn increases. Dynamic positions ensue in which Black can play for a win. Of course, it's also possible to choose more solid formations with short castling and Nbd7.

In this chapter, the author analyzes the sidelines for White - 8.Ne5 and 8.Qe2. He concludes that both moves are harmless, and Black has nothing to worry about facing them. 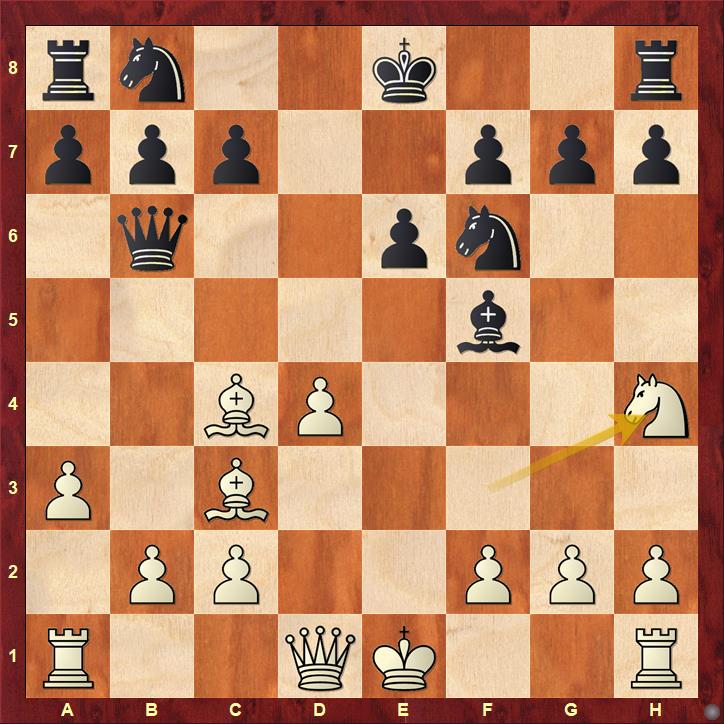 An aggressive attempt that does not create any problems for Black. It is more dangerous to play Nh4 in the 10.Qe2 & 11.Nh4 variation. 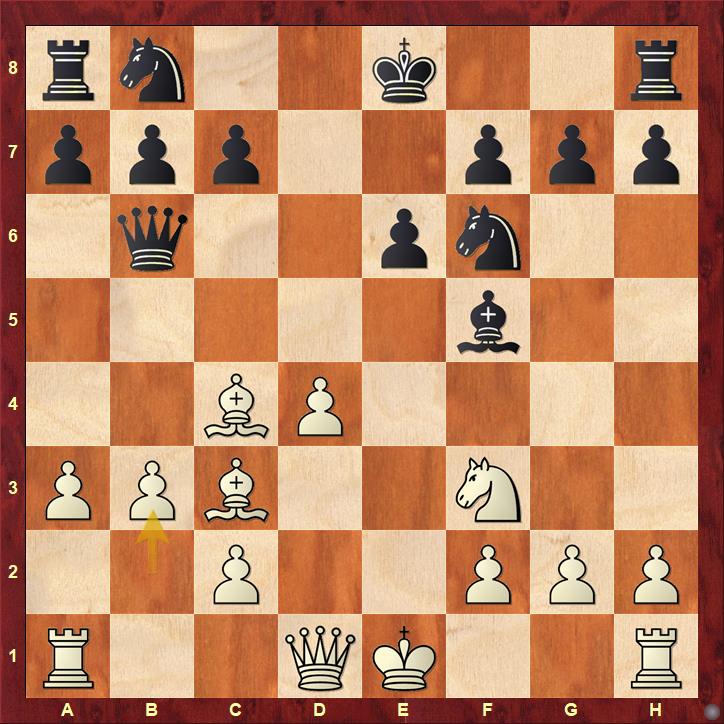 A safe but bland alternative. Black should continue with his plan by playing 10...Nc6 followed by 11...0-0-0 with a decent counterplay. 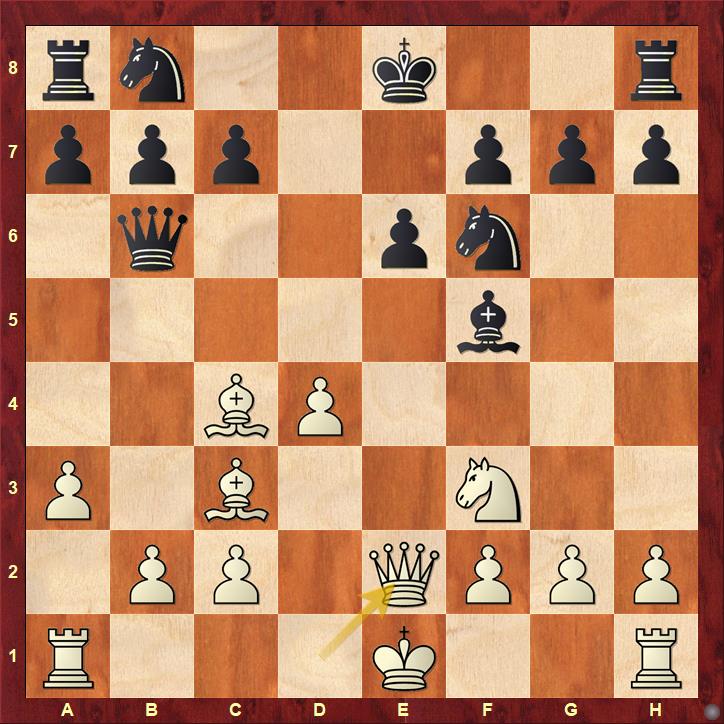 This leaves castling to either side open and prevents 10...Nc6 due to 11.d5. This time Black should change his plan and continue with 10...0-0 with the idea to follow with 11...Nc6 and 12...Rd8. White tries different plans against Black setup, but the position remains double-edged after all of them. 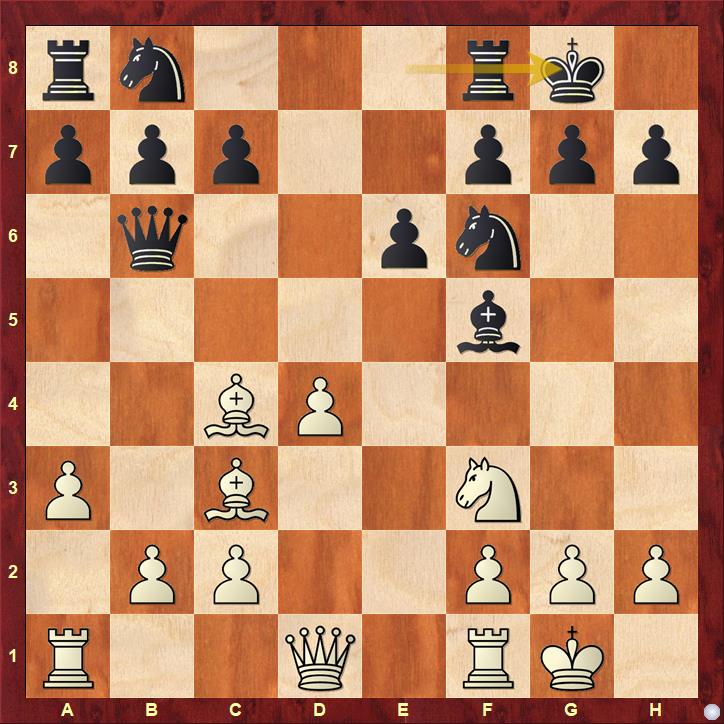 A solid and perfectly viable move. The author prefers 10 ...Nc6, postponing the choice of castling. Now White has several options which Lorenzini analyzes in great depth. He concludes that 10...0-0 is playable, but still 10...Nc6 gives Black more dynamic options. 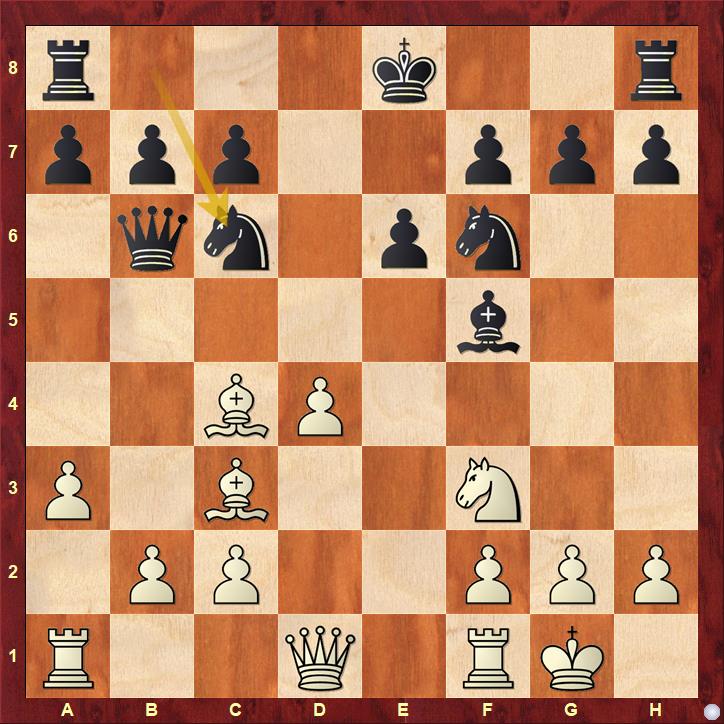 This is the author's preference. The idea is to castle long, but it also maintains the possibility of short castling while attacking the d4-pawn. I think it is a reflection of the philosophy of the whole variation. White tries different ways to fight for an advantage but failed to pose serious problems. 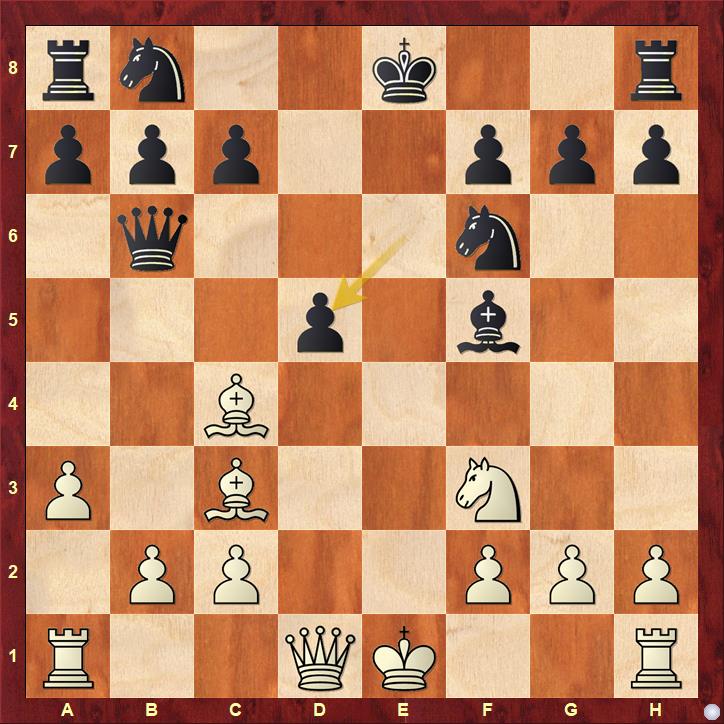 10.d5 is one of the main variations within the Laznicka system. It leads to simplifications, aiming for a slight advantage on the part of White. In this chapter, the author analyzes 10...exd5, which is not enough for complete equality. In all the lines, White can reach slightly better endings. 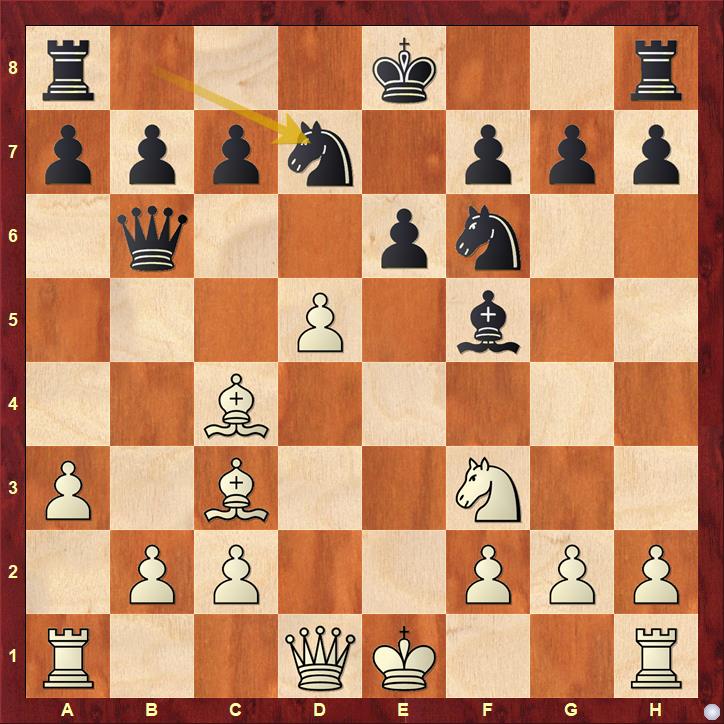 I consider this move to be a little better than 10...exd5. The resulting positions are somewhat healthier and easier to play.

This is the third position analyzed by Wesley So in his "Repertoire for White with 1.e4". This can be considered the most critical position in the entire Laznicka system. Here the great master of Filipino origin offers two main variations. Lorenzini goes very depth in this variation and manages to prove equality for Black.

The database ends with 21 test positions which will help you to check your understanding of the arising positions.