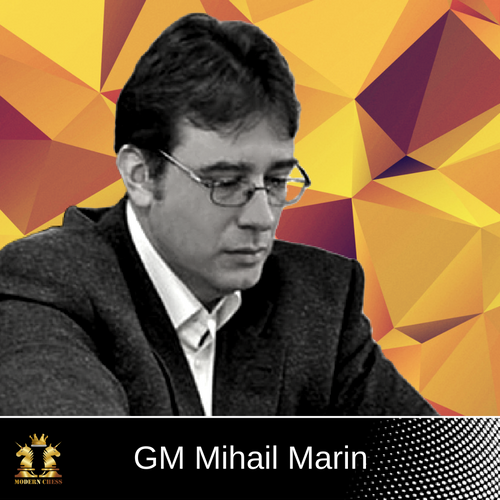 The third and final part of GM Mihail Marin's "Positional Gruenfeld Repertoire" is here! The trilogy is completed with an examination of popular systems that involve developing the white bishop to g5 and f4, as well as the Fianchetto system (with g3). In the final chapters, GM Marin also covers less popular alternatives, such as the interesting 3.f3!?, as well as various 4th and 6th move alternatives for White.

His theoretical recommendations, as usual, have the benefit of being fundamentally strategically sound, while somewhat less explored. This is a good combination in today's computer-driven chess era, especially for those who want to avoid long and sharp theoretical battles.

As a tradition, at the beginning of each database, GM Mihail Marin introduces fundamental pawn structures which help the reader to better understand the theoretical section. So far, in Part 1 and Part 2 of the Gruenfeld Repertoire, the author managed to five essential pawn structures that every Grunfeld player should know. This time, he introduces the so-called "Restrained Center". 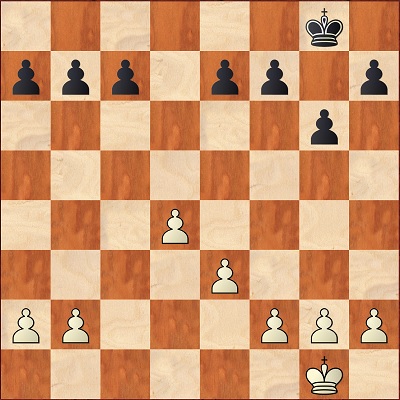 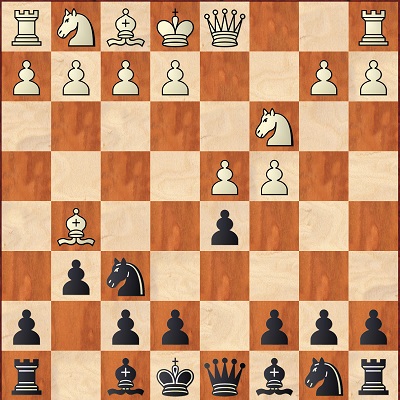 This move is in recent times almost as popular as the exchange systems or the Russian variation. White naturally develops his bishop, while indirectly putting the pressure on Black's center.

GM Marin's recommendation is to continue 4…Ne4, followed by the apparently modest 5…c6!?. 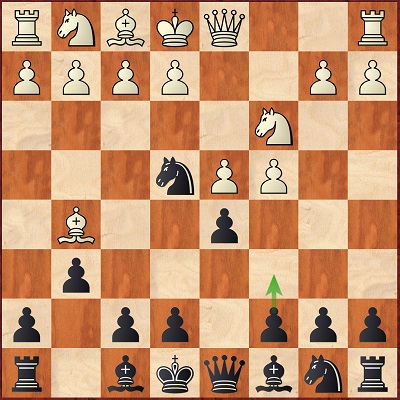 This system of development, championed by Viktor Korchnoi, has recently been employed by the likes of Eljanov and Vachier-Lagrave and in fact, contains more tactical venom than it may appear at the first glance.

Here is what the author has to say about this approach:

Over the decades the main line involved an early exchange on c3. As this tends to leave White with a solid center, more recently Black has connected his hopes with pawn grabbing on c4. But I have long been tempted by the apparently modest last move, after seeing some old games by Kortschnoj. When I discovered that Eljanov and Vachier Lagrave have repeatedly played it in recent games, I did not hesitate to make it our repertoire move. Black's main idea is delaying the moment of a critical decision in the center. In many lines ...Qa5 is an issue, and a well timed ...dxc4 may offer him counterplay or even the initiative. 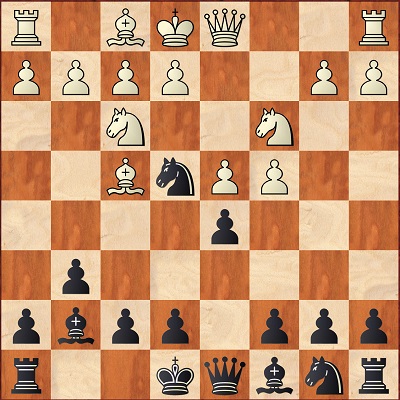 The difference between developing the knight before the bishop is not that significant and we can again use the same plan as in Chapter 1: 5…Ne4, followed by 6…c6. Then, as Marin puts it: "the thematic pinning move 7…Qa5" is on the cards, giving black pretty good chances in the arising middlegame. In addition, Marin covers the old line 6.cxd5 Nxg5 7.Nxg5 e6 that leads to the famous Carlsbad pawn structure after exd5. 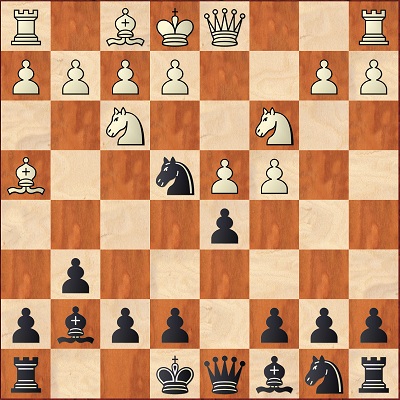 The only difference compared to Chapter 2 is that White retreats his bishop to h4 in response to 5…Ne4. Black continues in the same fashion, 6...c6 followed by Qa5, and here Marin introduces a cool knight maneuver Ne4-d6-f5, which was used by GM Pavel Eljanov on more than one occasion. The idea is to win the bishop pair, allowing black to equalize comfortably. This idea can be seen after the moves: 6...c6 7.e3 Qa5 8.Qb3 dxc4 9.Bxc4 Nd6! 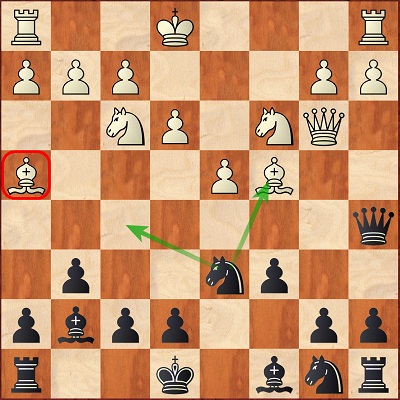 A perfect square for the knight. With the bishop on f4 this move would not be possible. In his annotations, GM Marin proves that Black's position is more than reliable. 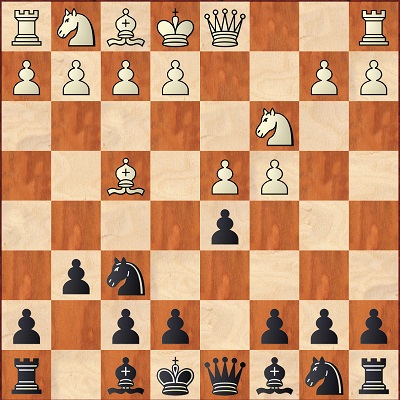 As Marin puts it, this move places "much less immediate pressure on Black than Bg5". White just develops the bishop outside the f2-e3-d4 pawn chain and hopes to come out on top once  Black opens up the center with c7-c5. However, GM Marin stays true to his c6!?-setup. He argues that the popular notion that after c6 White has achieved a favorable mix of Schlechter variation and fianchetto exchange Slav is not at all that clear if Black knows what he is doing. The main point is that in the lines where white captures cxd5, black re-takes with his Knight (rather than the pawn), hitting the bishop on f4. It should also be noted that in the c6 setup, Black's central pawn break of choice is usually e7-e5, rather than the customary c7-c5. 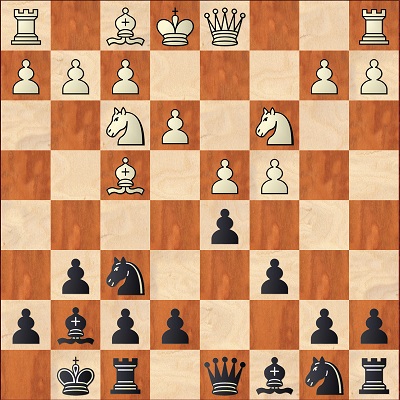 This chapter features four moves - 7.cxd5, 7.Be2, 7.h3, and 7.Qb3. As it becomes obvious from the analysis of GM Marin, these options are not particularly challenging for Black. 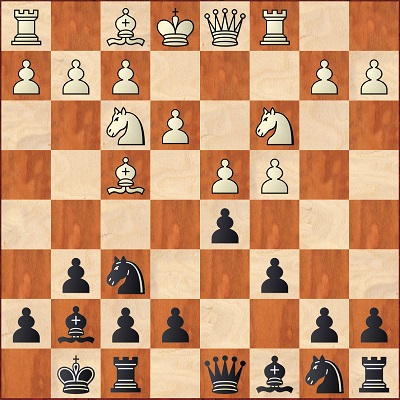 This chapter is the continuation of the 4.Bf4 Bg7 5.e3 c6 6.Nf3 0-0 variation, when 7.Rc1 seems to be the most testing move for Black, reinforcing the potentially vulnerable c3 knight, as we have seen in previous chapters. After 7…Be6, recommended by the author, White faces a wide choice of options and pawn structures, so it is worth studying this Chapter in detail.

Additionally, we should point out that in this chapter the author also covers another alternative for White - 7.Qc2. It turns out, however, that Black can react in the same fashion - 7...Be6. We can say that the character of the play remains unchanged.

The ever popular Fianchetto Variation usually finds fans among more positionally inclined white players. GM Marin considers it "an inspired choice" since "White is developing in the spirit of the Gruenfeld Defense himself, meaning that in this double Gruenfeld he will be a tempo up." In this chapter, he examines the variation with early trade on d5, followed by 6.e4. 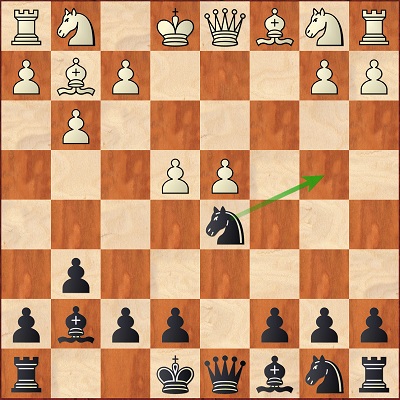 At this point, the suggestion of Marin is 6…Nb4!?, as opposed to the main line starting with 6…Nb6. His analysis prove that black gets a perfectly acceptable position with good piece play once he completes the knight maneuver Nd7-e5-c4-d6 when his knight is a perfect blocker of white's d5 pawn. 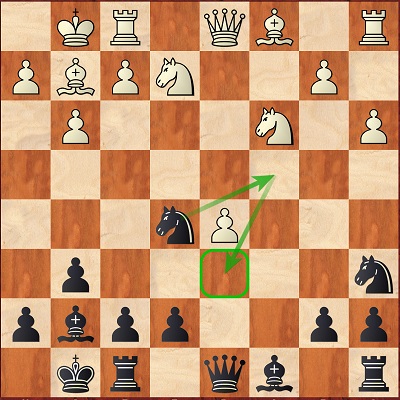 The author affirms that as a rule, Black manages to solve his problems, once the knight reaches the d6-square. 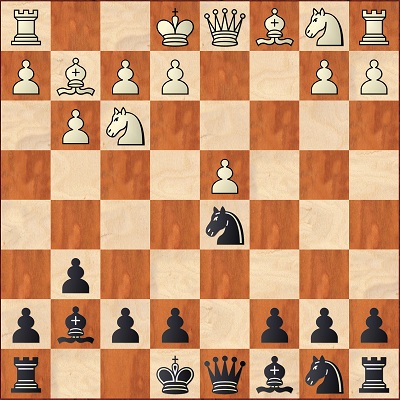 This has long been considered as the main line of the Fianchetto variation. Black puts his knights on b6 and c6 as usual, but then GM Marin adds a twist by postponing Black's kingside castling (8…0-0, followed by Re8 is the main line these days) in favor of quick action in the center with 8…e5, followed by the typical undermining operation c7-c6. The theory here runs quite deep so it is important to memorize a few important lines, but it is definitely worth it as Black ultimately gets a fine position against one of the most reputable White systems against the Grunfeld Defense. 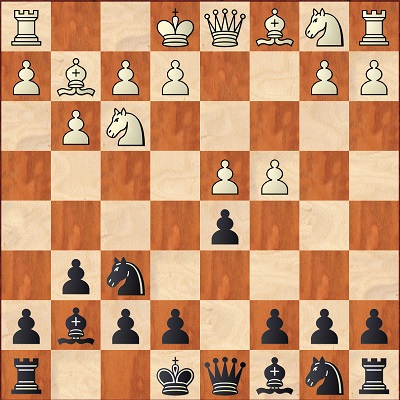 In this move order, White allows Black to take the pawn on c4 by means of 5...dxc4 and he usually retrieves it with 6.Na3. Now 6…c3!?, also recommended by GM Marin, has withstood the test of time as the best option for Black. As Marin explains, "In order to create counterplay based on ...c7-c5 Black does best creating a target on c3." The critical position can be reached after 7.bxc3 0-0 8.0-0 c5 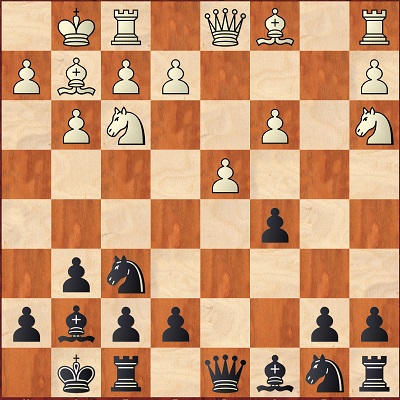 This is the main position of the variation. White has a number of options at his disposal. In this chapter, Marin deals with 9.Ne5, 9.Bb2, 9.Qb3, 9.Rb1, 9.Nc4, and 9.e3. Of course the move 9.Re1 is not omitted. Since a lot of transpositions are possible in this position, the author analyses this move in connection with the other options. Despite the complex character of the fight, Black holds his own in every single line. 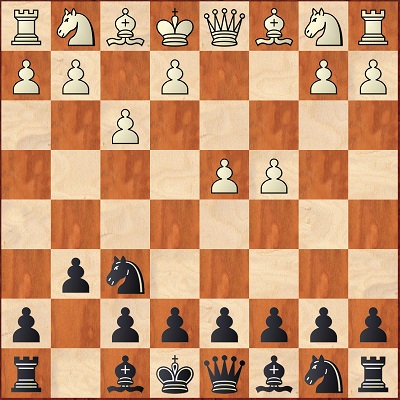 This interesting move has gained a lot of popularity on the highest level over the last few years as a weapon against the Gruenfeld. White's idea is that after the Gruenfeld-like 3…d5 4.cxd5 Nxd5 5.e4 Nb6 6.Nc3 "Black has managed to keep the Gruenfeld character of the play, but was denied the right of exchanging on c3." The author rightly finds the resulting positions "hard to analyze and their forced character hardly suits the "positional repertoire" built up here." Instead, his recommendation is the amusing 3…Nc6!?, reminiscent of the Two Knights Tango Defense. Black's provocative development scheme actually has a deeper strategic point in true hyper-modernist style – let white run his pawns down the board in the opening and when the dust settles, it will be easier to attack them!

In the final chapter of this survey, GM Marin deals with all the little systems and variations White sometimes throws at the Gruenfeld Defence. Some of them are not that challenging as the main lines, while others are not too popular, though they might still be very decent fighting options. In this chapter, GM Marin features the moves 4.Qb3, 4.Qa4, 4.h4, and 4.e3. Either way, the author has provided brief guidelines as to how to handle most of such variations.