Reversed Sicilian - The Antidote to 1.c4 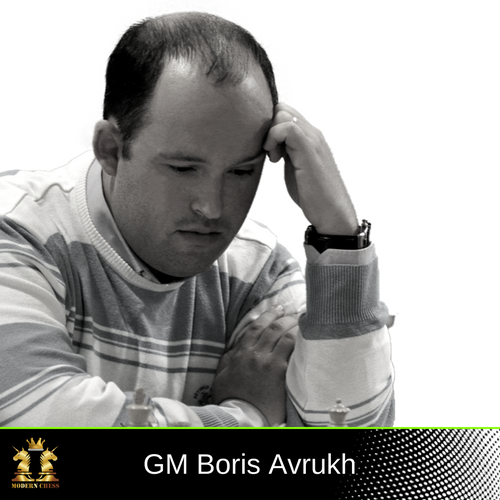 In the second part of his repertoire against 1.c4, GM Boris Avrukh deals with the systems based on 2.g3 and 2.Nc3 Nf6 3.g3

Against these two move orders, we cannot reach the Reversed Dragon with Bc5 which was discussed in Part 1.

Of course, you can still play Reversed Dragon by employing the main line with Nb6. Nevertheless, Boris doesn't like the fact that White has too many possible options.

Against 2.g3, he suggests a setup in which Black quickly plays c7-c6 followed by d7-d5.

This system gives Black a chance to play not only for equality but also to reach a complex middlegame position when you can try to outplay your opponent. 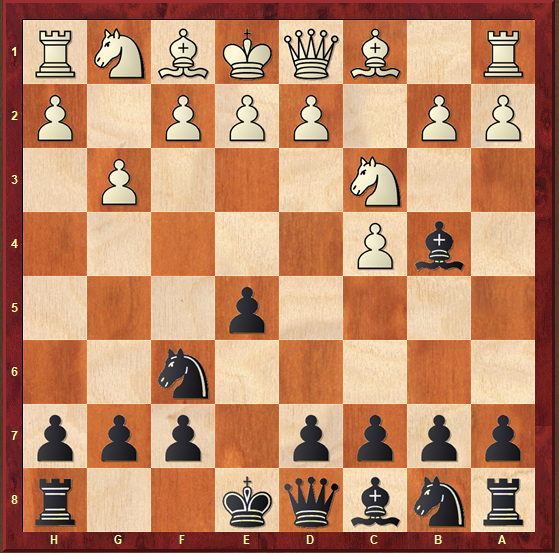 In the variations arising after 3…Bb4, Black no longer faces forced lines and sharp positions. The battle is mainly strategical and the one who knows better the nuances of the arising positions will have an advantage.

Despite the static character of the play, Avrukh manages to come out with a number of novelties and even new concepts of play.

The database consists of 10 Theoretical Chapters and 20 Test Positions 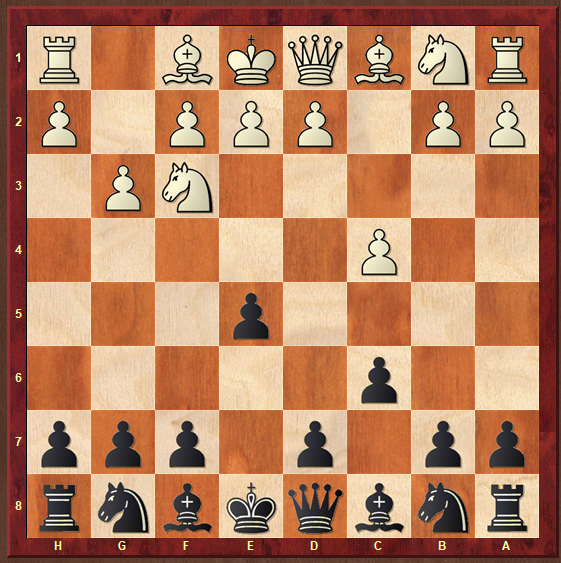 This line was always considered to be harmless for Black, but in the recent years, mainly because of the efforts of Nakamura and Aronian, it became fashionable.

The position resembles the Alapin Variation in the Sicilian with the extra move g2-g3 included.

In Chapter 1 Avrukh deals with 6.Nc2

Despite the fact that this move fails to create any problems for Black, some precision is still required. In this line, the author is not following the main theory. Instead, he suggests a relatively rare setup based on a queen sortie to e5. 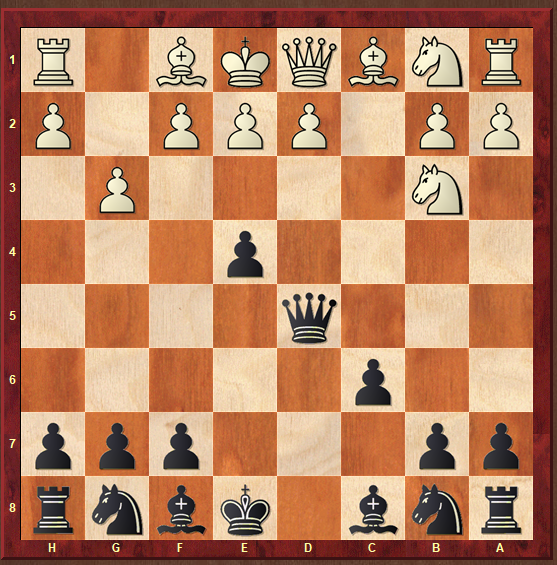 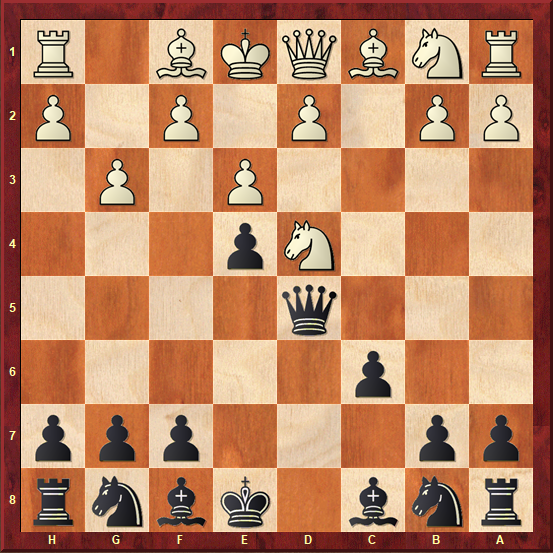 Both moves are tricky and can be dangerous against an unprepared opponent. That is why the author pays a special attention at these lines. Of course, Black holds his own in every single line.

We can make the conclusion that 3.Nf3 does not pose any serious problems for Black but definitely deserves attention.

Now White is at a crossroad. It is important to point out that it is already too late for the thematic 6.d4 because Black manages to carry out the following typical idea: 6…exd4 7.Qxd4 Nc6 8.Nd1 d4! 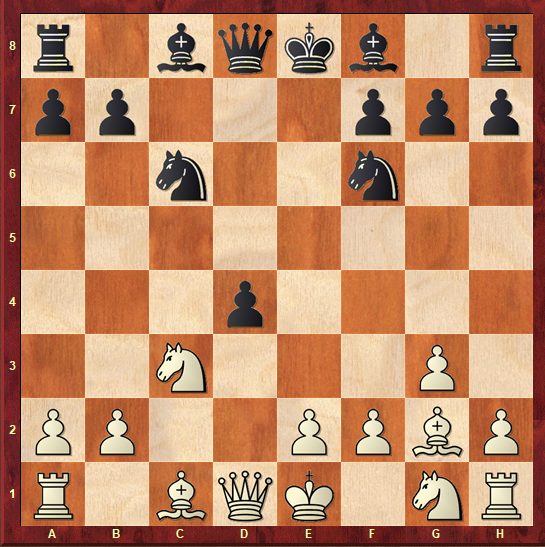 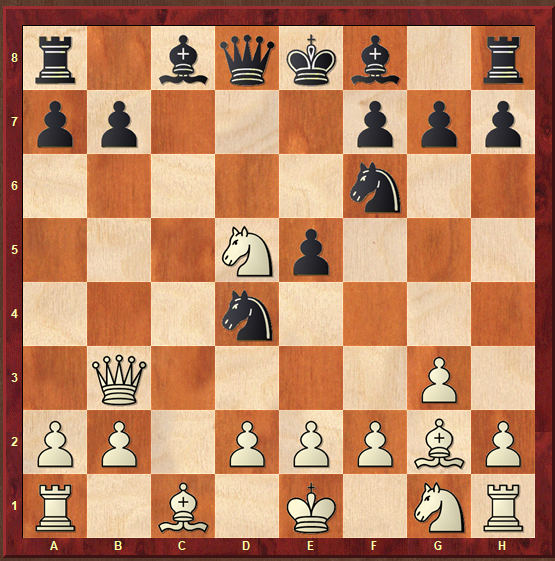 This position is analyzed in detail and the author reveals some interesting novelties here.

The conclusion is that White should fight for equality in these lines. 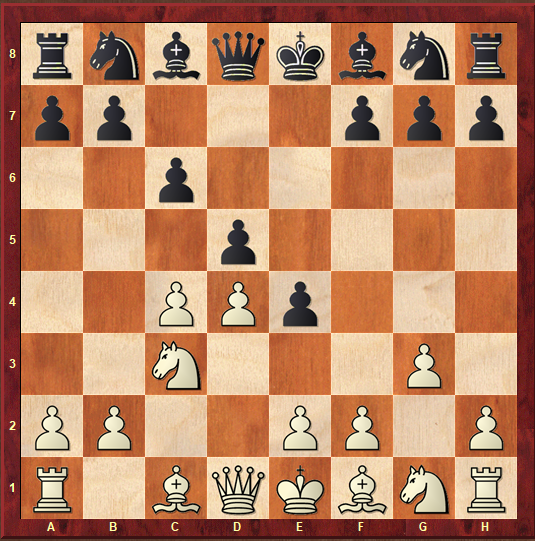 5.Qb3 and 5.f3 are tried just in a few games, so Avrukh didn’t analyze them too deeply, but just shows how Black can reach a good position and explains the most common plans and ideas.

The idea of 5.Nh3 is to put pressure on d5. White is waiting for the natural 5…Nf6?! which can be answered by 6.Bg5, 7.Nf4 when White's pressure tends to be annoying.

Instead of going for a passive position, Boris suggests 5…Bb4!.  In this way, Black takes under control one of the pieces which put pressure on d5.

The main line continues 6.Qb3 a5! where it seems that Black is just fine in the complications.

After 5.cxd5 cxd5 6.Qb3, as a rule, Black is not protecting the d5 – pawn - he should go for an active counterplay. This could be done but attacking the d4-pawn by means of 6…Nc6. 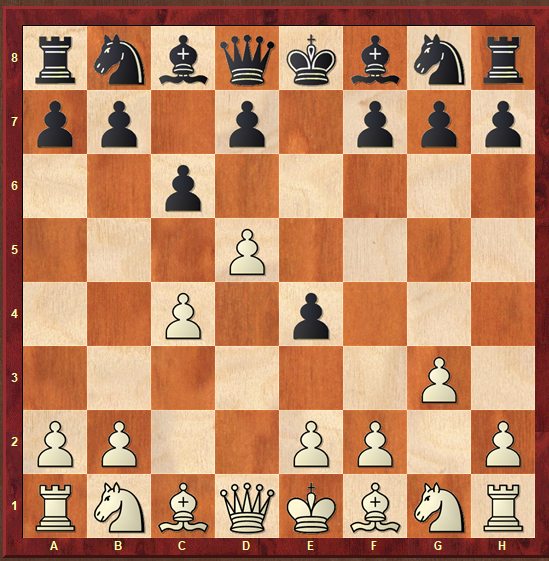 This move seems like a logical try to split Black’s central pawns.

The drawback of 4.d5 is that White is losing time and Black can easily develop his pieces with 4…Bb4 followed by Qe7, Nf6, d6, Bf5, obtaining a very solid position.

White failed to prove any advantage after both 5.Bd2 and 5.Nc3. 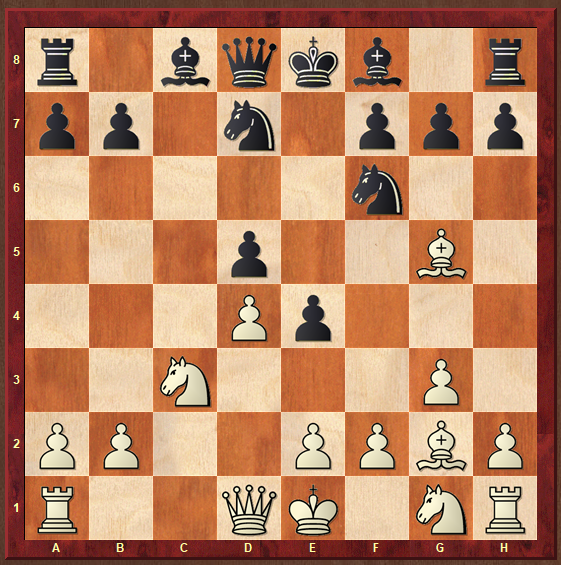 This is the tabiya of the variation. Black is lucky that 8.Nxd5 is not working because of 8…Qa5+, so White tries a bunch of other options - 8.e3, 8.f3, 8.Qb3 and 8.Qa4. According to Avrukh, Black is fine everywhere. The plan is quite simple -Black wants to play h7-h6 in order to get rid of the pin and then Black’s idea is to prevent White’s knight from coming to f4 by Bd6 or even Nh5 in some lines.

Avrukh’s analysis looks quite convincing and it seems that Black is doing well.

From here starts the second part of the database.

With this move order, White avoids the Reversed Dragon with Bc5 and the system in which Black opts for c7-c6 and e5-e4 which is analyzed in the first six chapters.

The drawback of this move order is that it allows 3...Bb4.

With his last move, White is putting pressure on the e5-pawn. If Black plays 4…Nc6, he will enter one of the main theoretical discussions in the English Opening. In this position, 5.Nd5 is the main line which is tried by many top players recently. It seems that Black still must solve some problems.

That is the reason why Avrukh recommends the move 4…Bxc3! 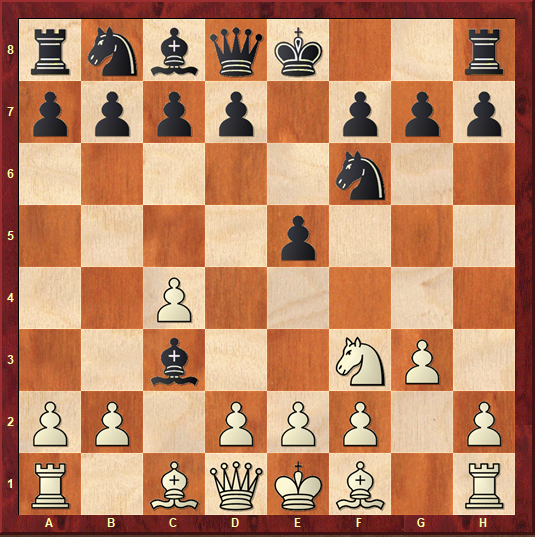 As always White has a choice here, but Black’s plan is very simple.

After 5.dxc3, he puts all his pawns on the dark squares. For example, a possible strategy would be to play d7-d6 and h7-h6 followed by an exchange of the light-squared bishop. Usually, this strategy is executed by means of Be6 followed by Qd7 and Bh3. You can find some detailed analyses, but in general Black is simply fine in these lines.

A more serious approach is 5.bxc3 when Black is playing in a similar fashion. Once again, the moves d7-d6, h7-h6 and 0-0 are part of Black's strategy. A key idea in this structure is to always answer d2-d3 by means of e5-e4.

Arising positions are quite complex. Nevertheless, it seems that White’s bishop pair is not enough for an advantage. White’s pawn structure is ruined and in a long-term Black can make use of this factor.

Despite the fact that this is the main move, the knight is vulnerable in the center and Black easily obtains good game after 7…Nc6 8.Nc2 (taking is obviously not an option because Black is taking back with the d-pawn and put serious pressure on the center) 8…Bxc3

Once again, after giving away his dark-squared bishop, Black should place his pawns on Black squares. In general, Black has an easy play in this structure. Boris analyzes this position in detail and explains all plans and ideas. Of course, as always, he has some novelties under his slave! 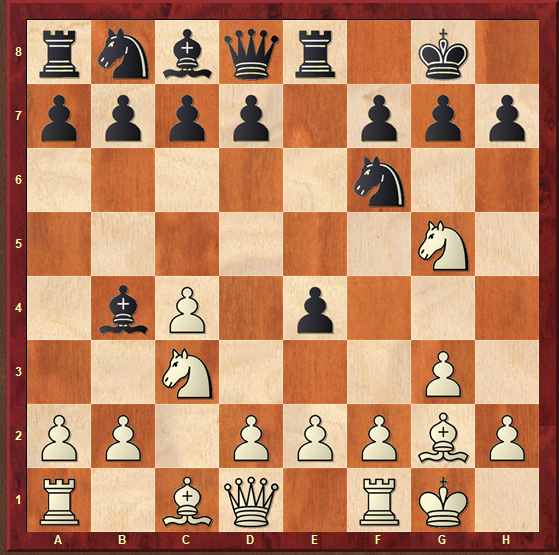 Black should continue in a similar way like in the previous chapter: 7…Bxc3 followed by h7-h6 and d7-d6. 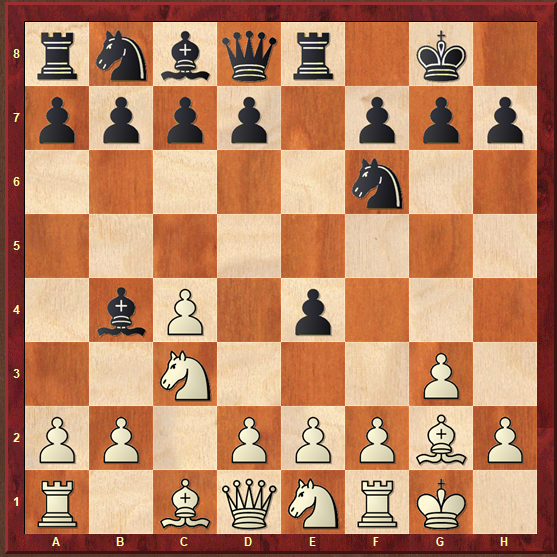 Black can make use of the temporary passive position of White's pieces and play 7…Bxc3 followed by 8…d5. Boris shows a lot of original ideas and novelties.

In the last chapter, Avrukh analyses the position which arises after the moves. 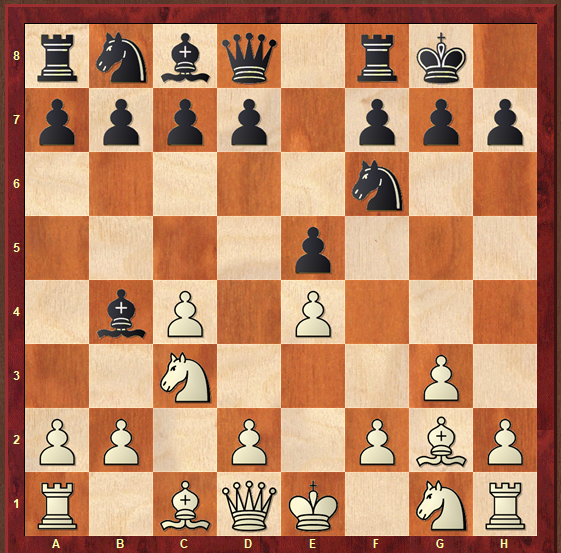 This variation was tried by many top players recently. White is ready to play 6.Nge2. That is why now is the right time to exchange on c3. After 5…Bxc3 6.bxc3 Black is trying to use his lead in development by playing 6…c6 with the obvious idea to break the center with d7 – d5.

White tries several moves in this position but all of them failed to prove an advantage.

As always Avrukh is going deep in the lines and proposes some novelties. The arising positions are full of play and Black can fight even for more than a pure equality.

Avrukh did a fantastic job by providing the readers with a variety of novelties and sometimes even with new concepts of play.

Armed with this knowledge, you will be happy to see 1.c4 on the board.

At the end of the database, you can find 20 test positions