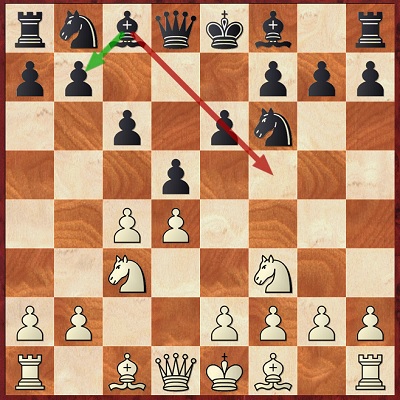 The Semi-Slav Defense is among the most popular openings for Black against 1.d4. It is very flexible and usually leads to complex play in the middlegame. The name of the opening is logical since with 4...e6 Black is playing a mix between the Slav and Queen's gambit declined (QGD). As we explained in the introduction to the database concerning the Slav defense, black generally likes to put his light-squared bishop out to c8-h3 diagonal in the Slav, but in the Semi-Slav, this is not the case as it usually goes to b7.

As I don't like to sacrifice the c4-pawn or to develop the  queen so early, I have decided to build a positional repertoire based on the move 5.e3

This is by far the most solid approach. White not only protects his c4-pawn but at the same time, he is ready to bring the light-squared bishop into play. Normally, in this line, our goal is to obtain a slight but lasting advantage.

In this position, more than 90% of your opponents will give preference to the move 5...Nbd7 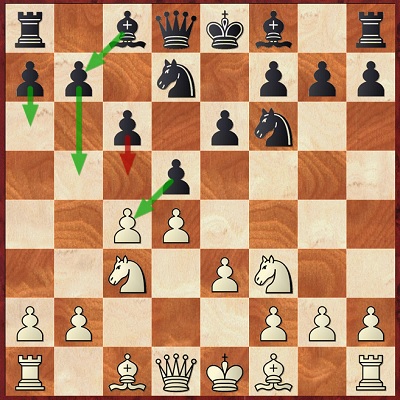 By accepting such seemingly passive knight development, Black invites White into the famous Meran variation. He wants to take on c4, play b5, Bb7, a6 and push c5, thereby getting an improved version of QGA. This has proved to be one of the most reliable opening schemes for Black. 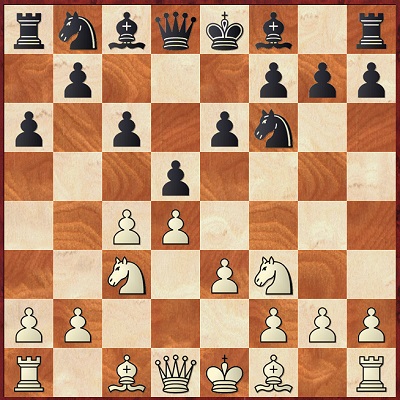 The purpose of this move is to prepare of dxc4, b7-b5 and c6-c5, transposing into QGA type of position. This plan works especially well if White wastes a tempo with his bishop (i.e. Bd3). Another typical middlegame Black can go for, instead of QGA, is the Tarrasch with immediate c6-c5, usually leading either to isolated queen's pawn (IQP) or hanging pawns type of position. In such positions, Black knight feels more at home on c6 than d7, which is another benefit of not having played Nbd7. All in all, this is a sensible and very solid variation, which was even used as the main weapon by Anand in his 2012 Wch match against Boris Gelfand. 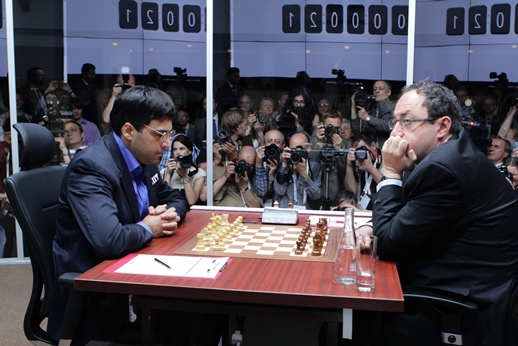 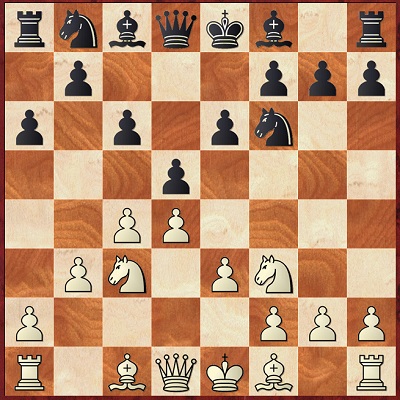 Now White curbs black's dxc4 plan since White can now retake on c4 with the pawn. I deal in detail with this variation in Chapter 1. 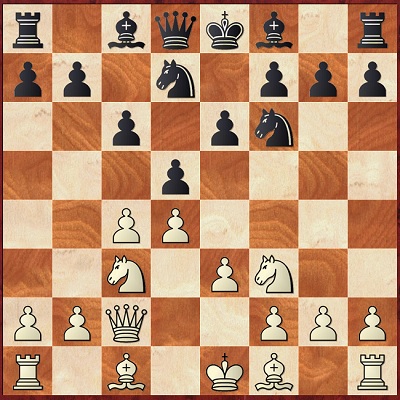 By playing in this fashion, White enters the so-called Anti-Meran. In this way, we avoid the Meran variation which arises after the moves: 6.Bd3 dxc4 7.Bxc4 b5.

The Meran variation has a long history and tons of opening theory, while Anti-Meran became popular much later (during the later part of Anatoly Karpov's career) and thus is a bit less explored. 6.Qc2 discourages Black from taking on c4 as this would be a clear improvement over the Meran - we would get the same position, but only with White queen on c2 rather than on d1.

In this position, Black's most popular choice is the move 6...Bd6. Nevertheless, first of all, it's important to deal with the alternatives to the main line.

In the recent years, quite a popular choice for Black became the move 6...b6 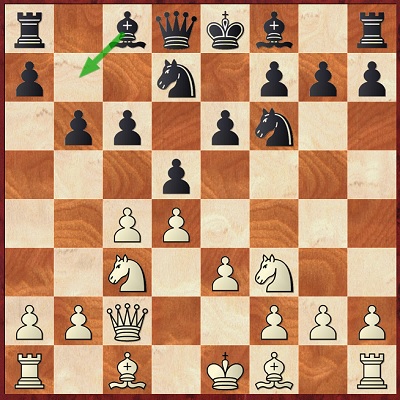 For people who like to give names to variations in the openings, this modest move aiming to develop Black's problematic bishop as soon as possible could be called "Dreev variation". Alexey Dreev (on the picture below) is the strongest player who has employed this variation regularly though Gregory Kaidanov and other Russian GMs have also contributed to the early theory of the variation. 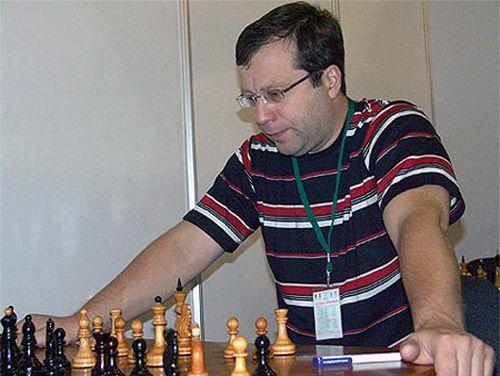 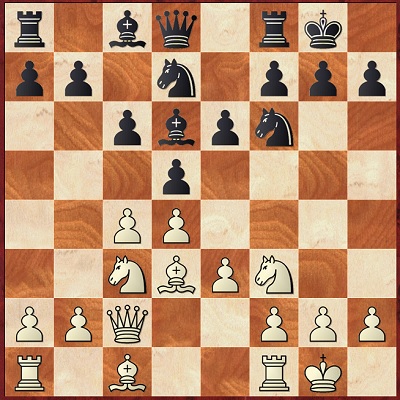 At this opening stage, d3 seems to be the most natural square for the bishop as we have the battery of queen and bishop on b1-h7 diagonal. It also supports the thematic e3-e4 push, which prevents Black from playing b7-b6 comfortably. The drawback is that Black can now take on c4 with a tempo. That's why his main move here is 8...dxc4

By far, Black's most serious alternative to the main line is the move 8...e5. 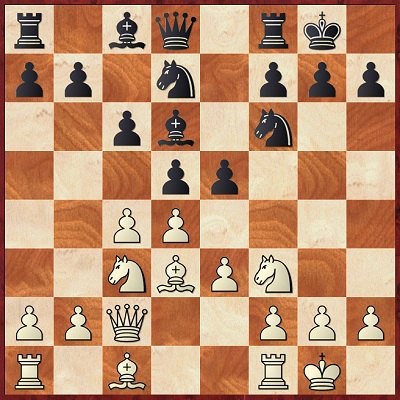 This is the most direct attempt to equalize the game in the Anti-Meran. Quite a few top players have used it successfully (meaning achieved a draw), but the downside is that Black's winning chances are practically non-existent. Therefore, it is not nearly as popular as 8...dxc4, but nevertheless, White needs to know how to get the most out of these relatively dry positions. In CHAPTER 4, I demonstrate White's best way to get an advantage in this line.

After 8...dxc4 9.Bxc4 we reach the most important crossroad in the entire variation. 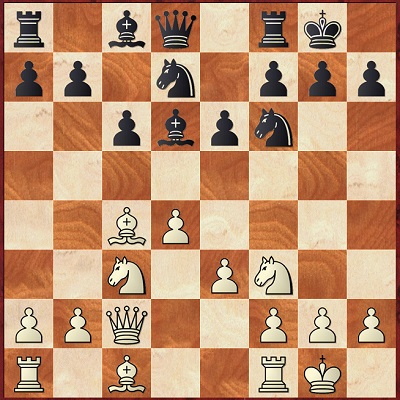 Even though Black's main option is 9...b5, he has at his disposal a number of interesting alternatives.

With his last move, Black not only fights against White's spatial advantage but at the same time he want's to bring his pieces into play as soon as possible. The main disadvantage of the move 9...e5 could be explained by the increased activity of white light-squared bishop. According to my analysis, the prophylactic 10.h3 is enough for White to retain the advantage.

This flexible move has been introduced into practice by Hungarian theoreticians GMs Ribli and Lukacs, mostly with the idea to follow it up with c6-c5. It was soon picked up by Anand who brought some new ideas related to a more ambitious push b7-b5.

In CHAPTER 7, I prove that White's bishop pair and central domination are superior to Black's dynamic achievements. 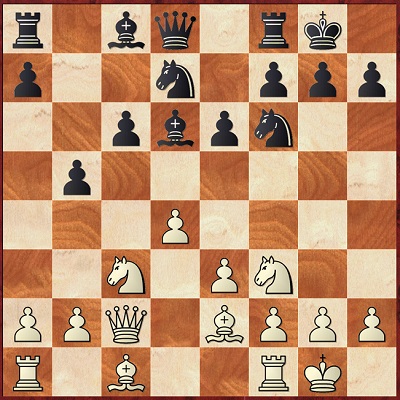 In this position, according to the current state of theory, Black's main move is 10...Bb7 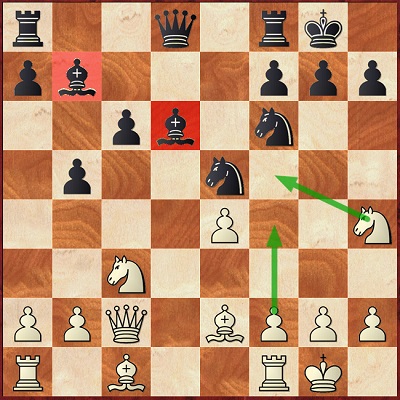 White wants to make use of the temporary lack of coordination in Black's camp in order to overtake the initiative by means of Nf5 or f4. In CHAPTER 10, this variation is analyzed in depth. I have managed to find some new ideas which give White an advantage. Of course, further discussions are necessary for the objective evaluation of the position.