In the third part of his Caro-Kann trilogy, GM Firat covers the Panov Аttack, Exchange Variation and minor sidelines for White on moves 2 and 3. He remains true to his investigative approach, uncovering new ideas and reviving forgotten development systems in virtually every variation. He often seeks dynamic options, not shying away from material sacrifices to solve opening problems or even take over the initiative with Black early in the game. Some of his novelties will have an added surprise value, as the opponent has likely not analyzed them in depth, or at all. In more solid variations, he offers sound positional advice when necessary, such as which plans to follow, which pieces to exchange, and which move orders to go for and which to avoid. Let us take a look at chapters overview! 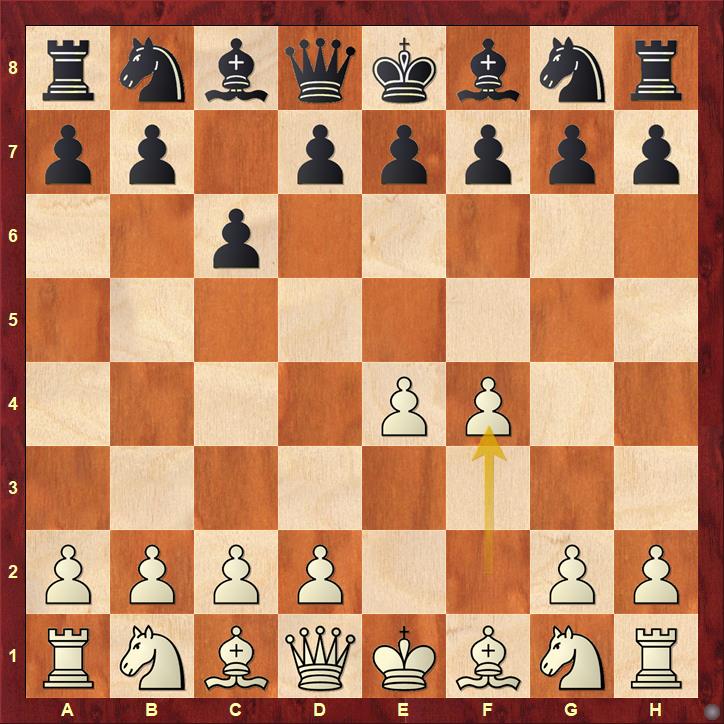 Black usually plays 2...d5 in the Caro-Kann, but in this case, GM Firat recommends transposition to the King’s gambit with a rare and interesting line 1...e5!? In fact, it is as if Black plays the move 2...c6 against the King's gambit, which is known not to be such a strong opening choice for White by theoretical standards. This could also be a great surprise for the opponent who may not be ready to play King's gambit. After taking on f4, Black can continue …d5 and defend the pawn with …Bd6, with many dynamic possibilities in the middlegame. 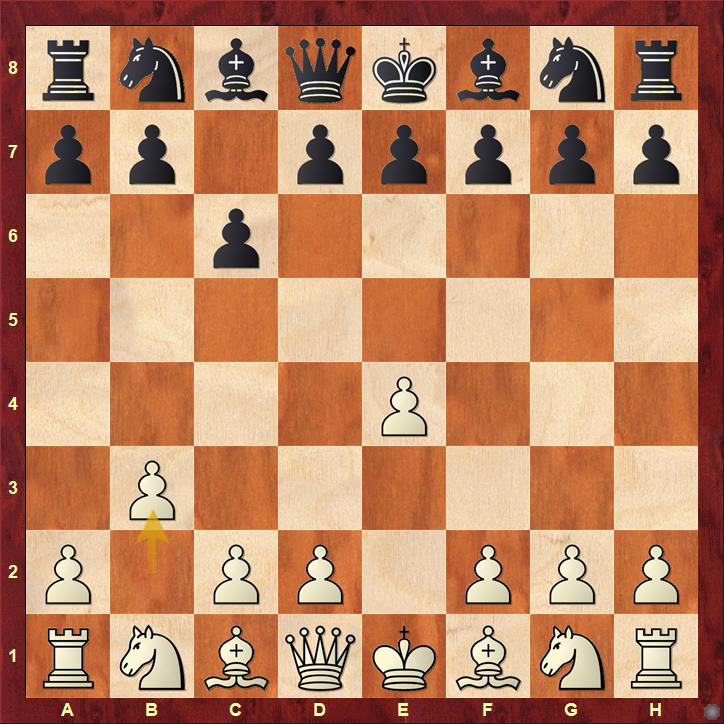 Against queen’s bishop fianchetto, the author once again advocates transposition into 1.e4 e5 territory with a non-standard reply 2…e5!? In many cases, the game obtains contours of the Petroff defense as Black plays 3…Nf6 to both 3.Bb2 and 3.Nf3. Very early - already around move 5, original positions arise, which gives the upper hand to a better-prepared player. In many lines, Black does not mind sacrificing a pawn for development advantage. 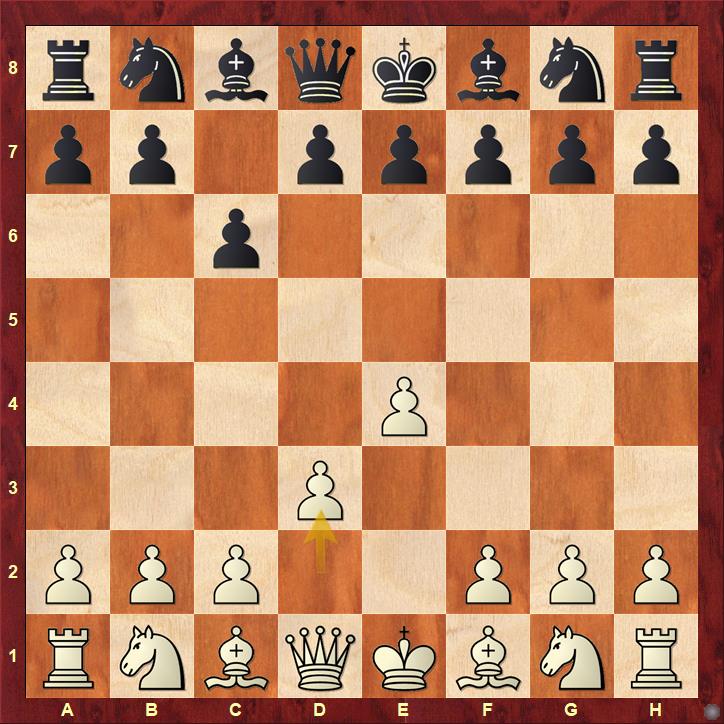 Against the King’s Indian attack, we can employ a more flexible approach than the usual 2…d5 by keeping d-pawn at home and playing 2…e5 and ….d6, followed by …g6 and …Ne7/Nf6. In some cases, we can follow it up with …c5, …Nc6, keeping control of d4-square and transposing into a closed Sicilian down a tempo (not a big deal). In others, we can use c6-pawn as a springboard for queenside action with …b5, …a5, etc. In some cases, it is important to postpone the development of b8-knight for a while, until we find the best square for it. 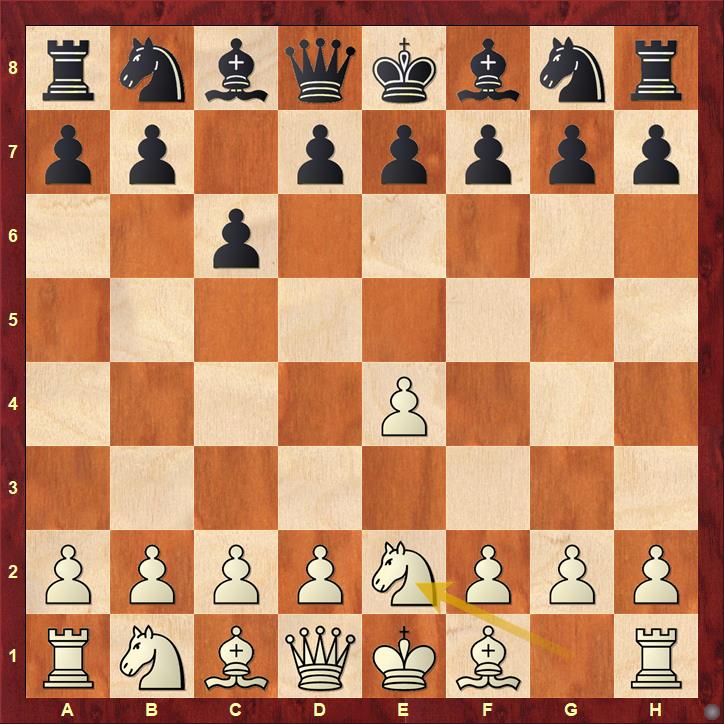 This unusual way to battle the Caro-Kann deserves serious attention as it has been employed by many strong players, in particular, grandmasters Nigel Short and Rauf Mamedov. After 2…d5, White continues 3.e5 and here we can take advantage of White’s hesitation in the center by asserting our pawn on d4 with 3…c5 4.c3 d4!? GM Firat analyzes many White’s alternatives on moves 4 and 5, proving that Black is doing well in all of them. This variation often leads to sharp positions, such as the main line 5.b4 Nc6! 6.bxc5 d3 7.Nf4 Nxe5. 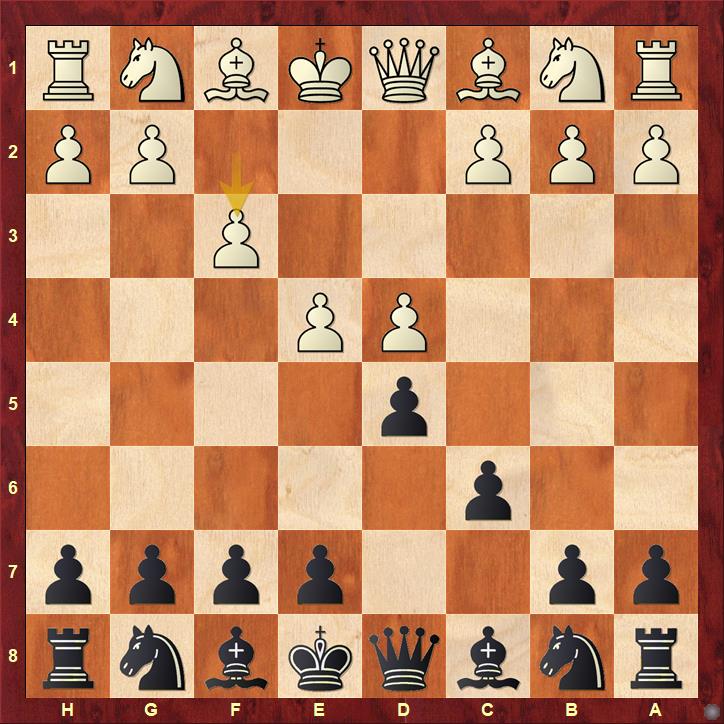 With this move, White would like to keep his pawn center intact, though this comes at a cost of weakening his kingside a bit. There are many playable responses for Black, such as 3...e6, 3...Qb6, and authors recommendation 3...g6!? After this move, the game often transposes into a variation of Modern defense with c6, which is supposed to be good for Black. Closing the center with e4-e5 is not principled for White anymore, so the main line runs: 4.Nc3 Bg7 5.Be3 Qb6, with ‘poisoned pawn’ variation 6.Qd2 being the critical try. Black usually does well if he forces exchanges on d5 and c6 in this line. 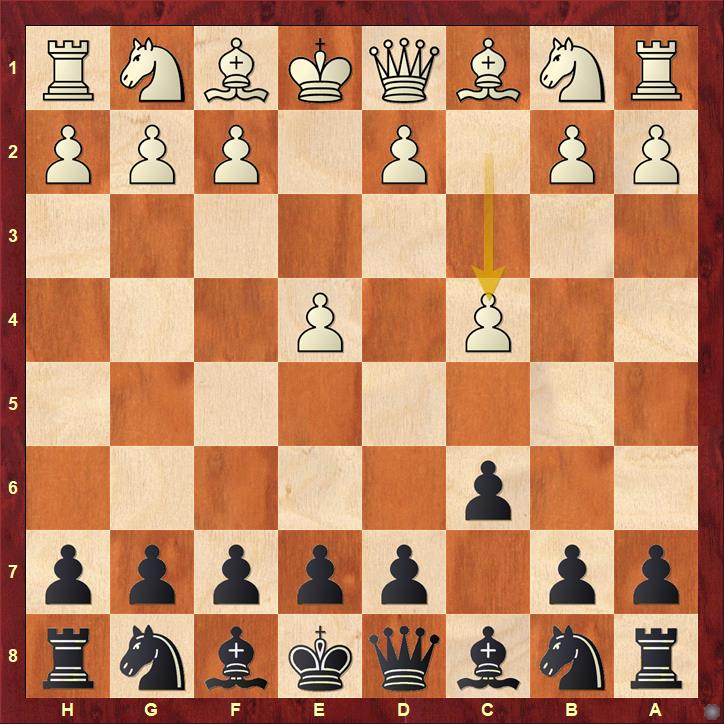 This position also can arise from a different move order: 1. c4 c6 2.e4. If you are a Slav player yourself, this analysis will be helpful to you when it comes to the English opening (1.c4) because you can answer 1.c4 with 1…c6, not fearing tactical intricacies of 2.e4. In Chapter 6, GM Firat analyzes 5.Nc3, which allows Black to capture back the d-pawn. White then usually tries to put pressure on Black with moves like Bb5/Qa4 or Bc4. In the main line that arises after 6.Nf3 Nc6 7.Bb5, he proposes a pawn sacrifice: 7…g6!? 8.Qa4 Nb6 9.Bxc6 bxc6 10.Qxc6 Bd7, when Black obtains very good compensation in the view of the bishop pair and lead in development. 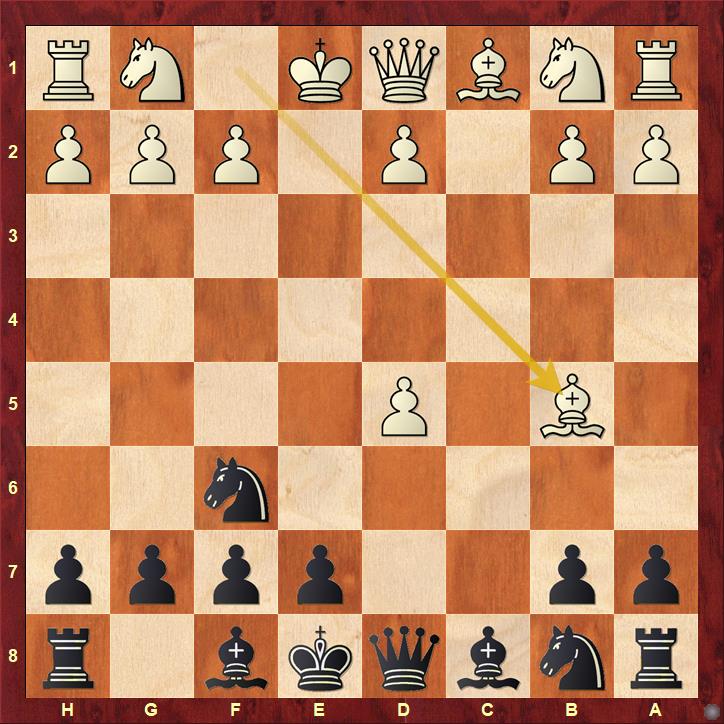 White's idea with this check is to force one of the black pieces to d7, which blocks the queen, so it becomes more difficult to retrieve the d5-pawn. However, the author feels like this check only helps Black, because in many positions the knight aims to reach d5-square exactly via d7 and b6. So, Black should be patient and try to win back d5-pawn gradually, rather than immediately. After 5…Nbd7, Black generally completes his development with …g6, …Bg7, …0-0 and usually manages to retrieve the pawn on d5 with a good position. 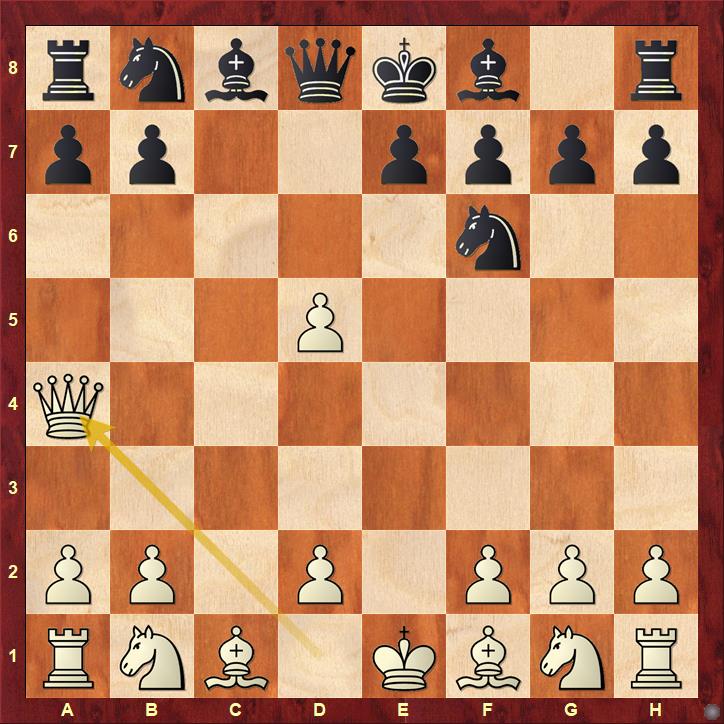 The idea of this check is similar to 5.Bb5+ in Chapter 7. However, in this case, we reply 5…Bd7. 6.Qb3 simultaneously defends d5-pawn and attacks the one on b7. In this position, GM Firat has prepared a spectacular novelty 6…e6!!N 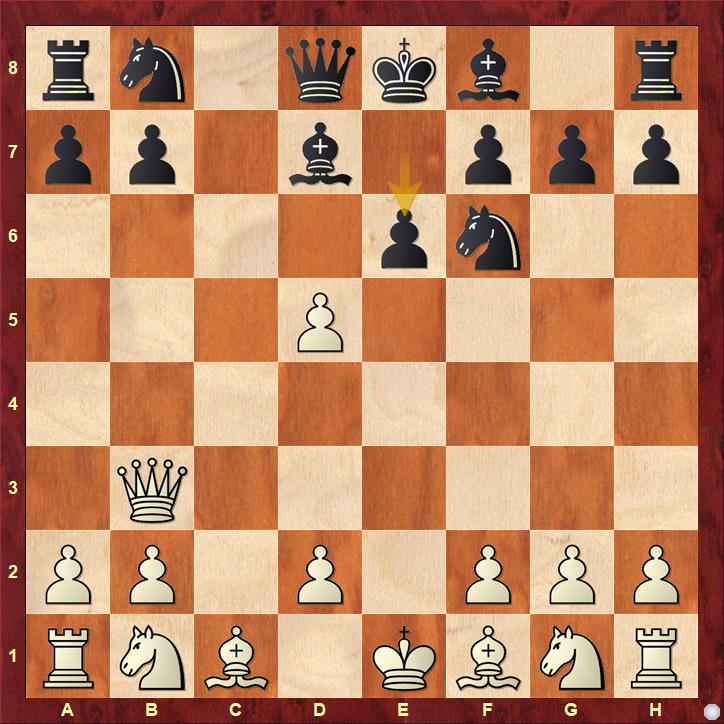 Black is ready to sacrifice a full rook to entrap white queen and take the initiative. With the best play, White can hold the balance or force a draw around move 15, but the surprise effect of this novelty may entice him into going wrong at some point. We believe that this idea might become an important contribution to the opening theory. 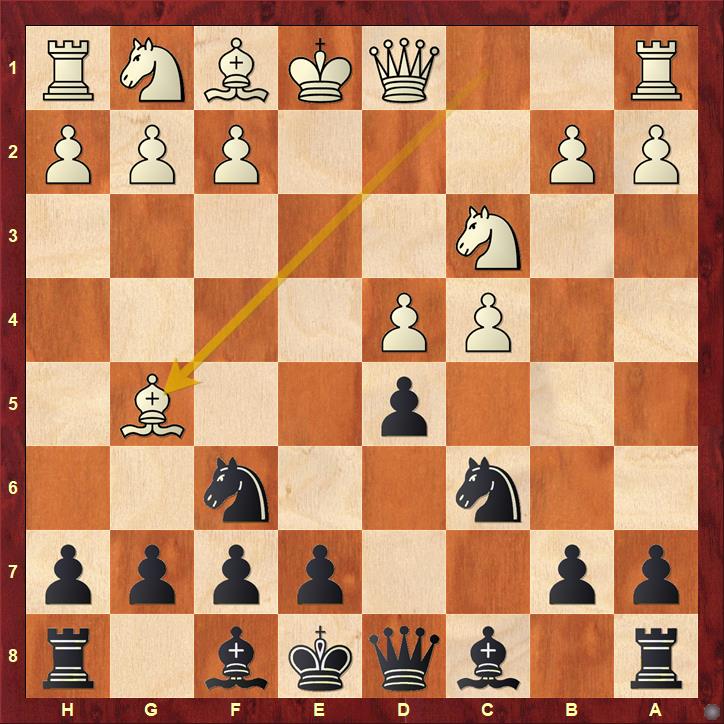 Panov attack is one of the most classical ways to fight Caro-Kann. White often aims for positions with more space and free development for which he pays the ‘price’ of the Isolated queen’s pawn. GM Firat suggests the most dynamic approach with …g6 and …Be6 when necessary, creating an imbalance in the center at a very early stage. In Chapter 9, he covers White’s alternative to the main line 6.Nf3 – move 6.Bg5. Here, he suggests the move that is a virtually a novelty: 6…g6!? It is an enterprising pawn sacrifice, which provides Black with the bishop pair and opens up the position. In the main line: 7.Bxf6 gxf6 8.cxd5 Ne7. 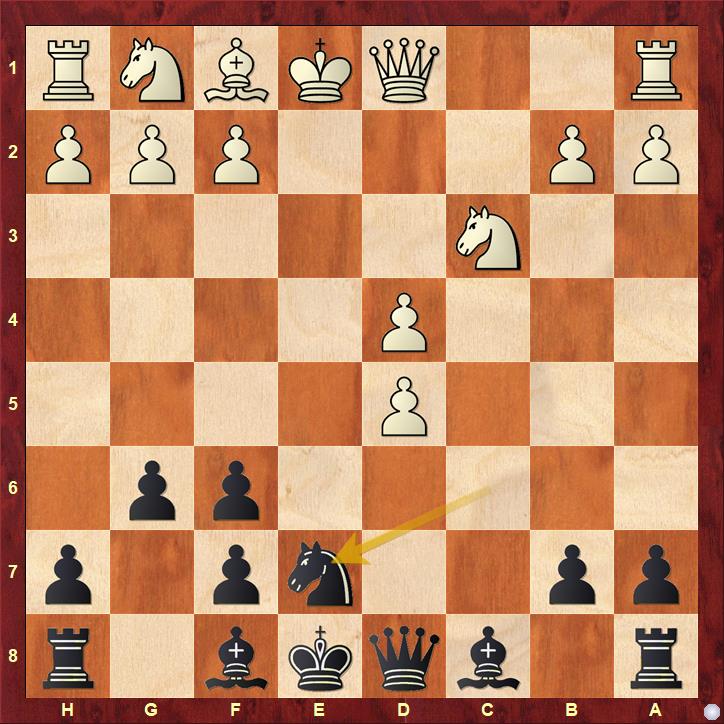 White’s doubled pawns are not easy to maintain, and Black keeps his positional compensation even into the endgame.

7.Bg5 has a similar idea to 6.Bg5 from the previous chapter – to quickly put pressure on d5-pawn. However, Black can defend this pawn with 7…Be6!, keeping good central control. The arising positions sometimes transpose into Tarrasch defence with g3 structures, only with colours reversed. The main line is 8.Bxf6 gxf6 9.c5 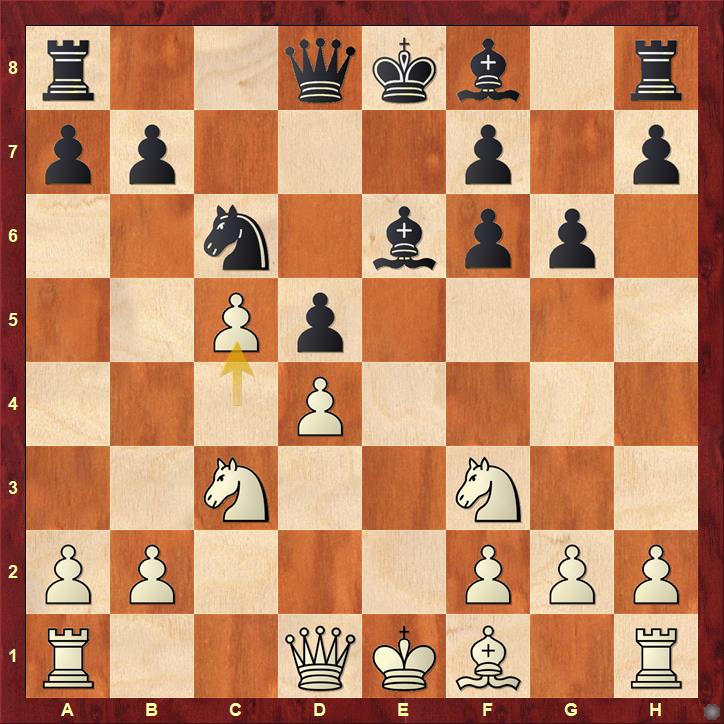 We have a strategically complex middlegame where Black tries to prove that potential weakness of d4-pawn, his bishop pair, and kingside pawn mass is stronger than White’s structural advantages. 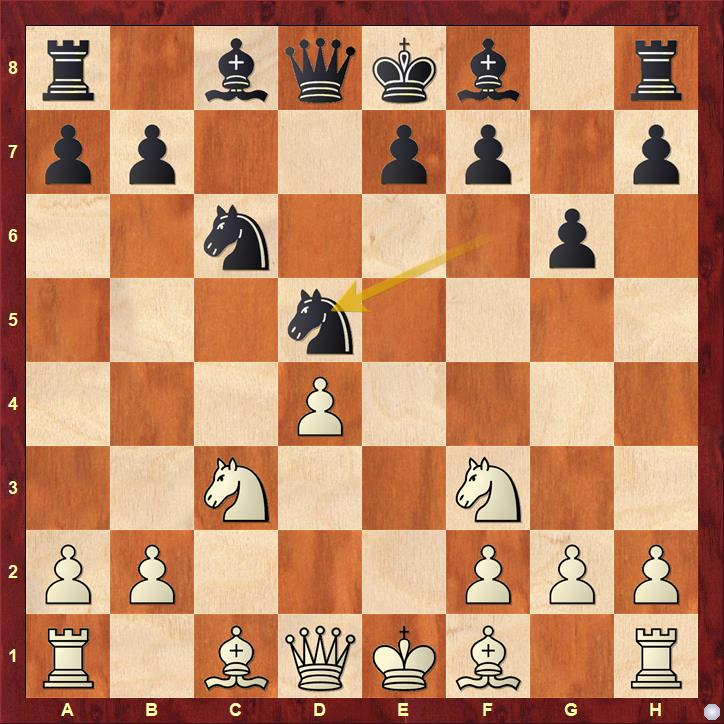 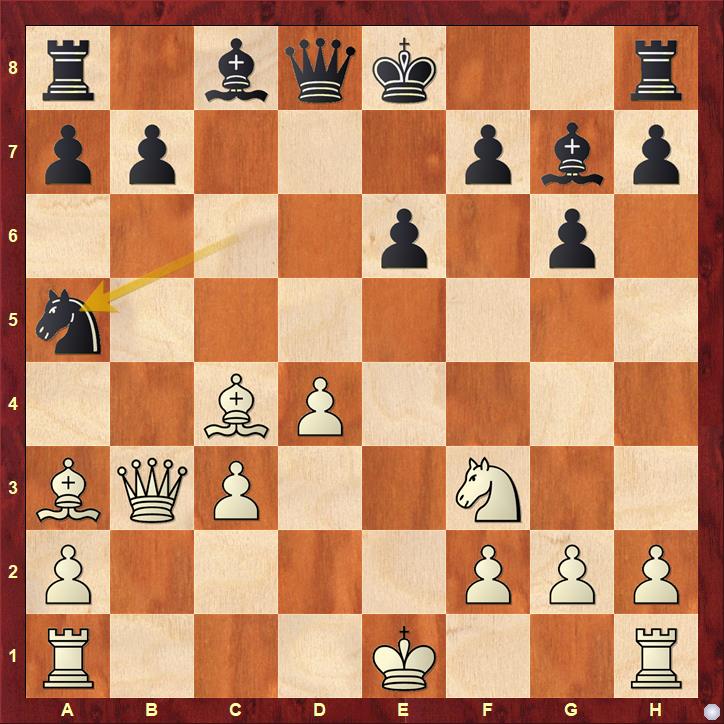 The position promises Black good chances to equalize, according to the analysis. 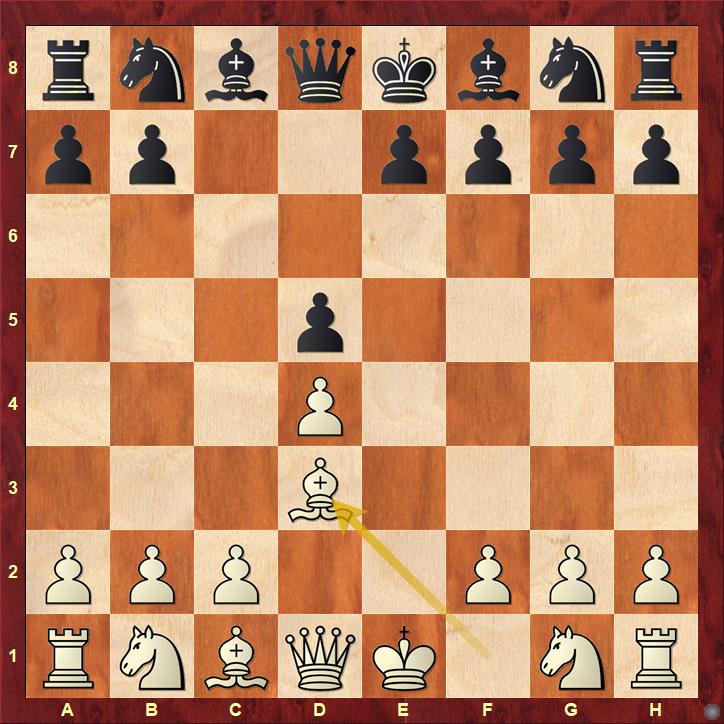 Lately, this simple system became fashionable for White. It is not without some poison, though, because White wants to prevent Black from developing his light-squared bishop outside the pawn chain, which is one of the main strategic premises of the Caro-Kann. GM Firat shows how Black can get a reasonable position out of the opening with simple developing moves that facilitate the development of his bishop to g4 or f5. Sometimes, the game transposes to one of the main lines of the London system, such as in the case of 4…Nc6 5.c3 Nf6 6.Bf4 Bg4 7.Qb3 when 7…e5!? has been all the rage lately. GM Firat analyzes all possibilities for White, including the last word of fashion – 8.h3! Armed with precise theoretical knowledge, Black is in good shape in this line. 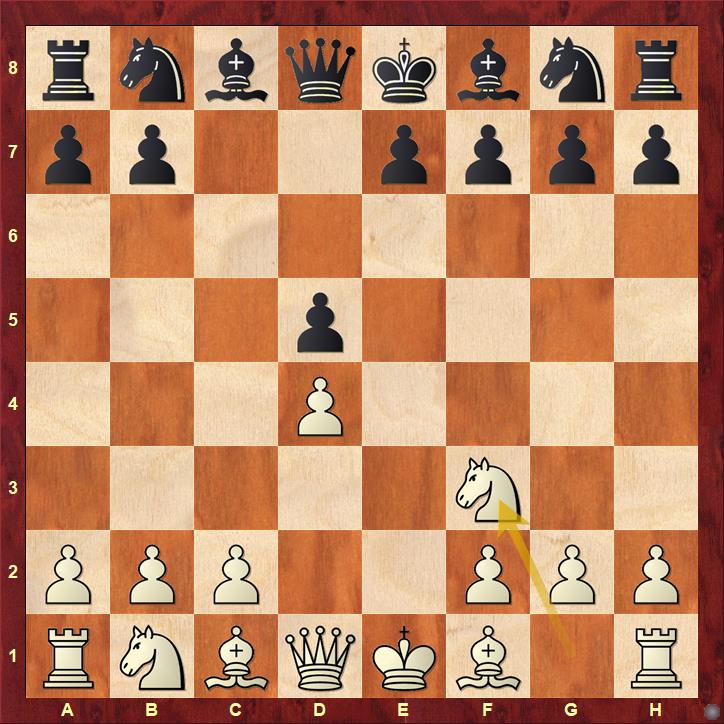 In this chapter, the author deals with Nf3 move, which White postpones in Chapter 14. In addition to London-system like development with Bf4 and Qb3, GM Firat also covers White’s Nf3-e5!? sortie on moves 4 and 5. It is important to note that it is often beneficial for Black to postpone the development of Ng8 so that he can have …f6! move at his disposal. Black usually faces no opening problems in these lines.

This position can also arise via 1.d4 d5 2. Bf4 c5 3.e3 cxd4 4.exd4, London system move order. In most cases White will play Nf3, transposing into Chapter 13. In this chapter, GM Firat looks at an additional option for White where he postpones Nf3. This is, however, a rare and unlikely possibility, so it is important just to be acquainted with the idea 8.Nh4!?N g5! 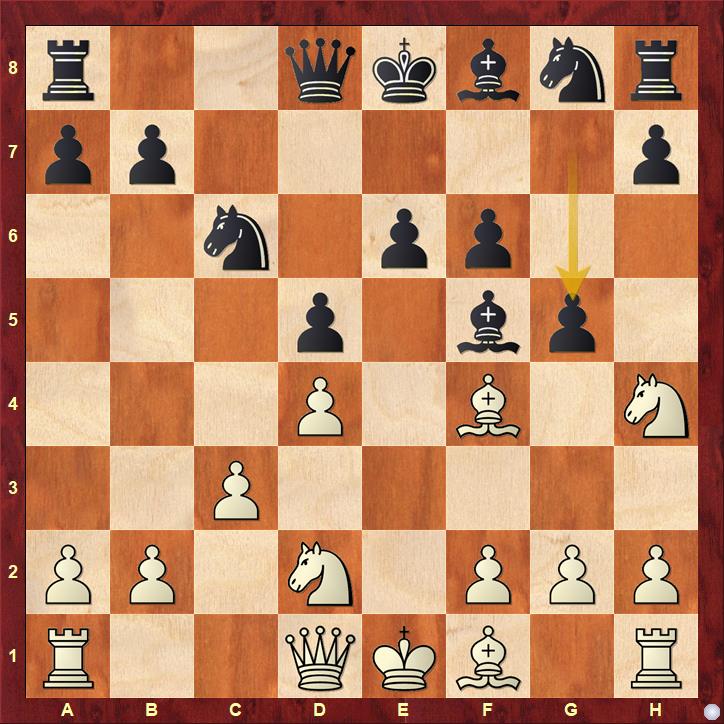