In the second part of his repertoire after 1.d4 Nf6 2.c4 g6 3.g3, GM Michael Roiz deals with the King's Indian Defence as well as with the systems based on Black's early ...c7-c5.

True to his approach, the author usually suggests creative ideas which have been underestimated from a theoretical point of view. Each one of these lines, however, is based on solid positional foundations. Being classical and modern at the same time, this repertoire offers a very high practical value to the tournament player.

In this section, the author explains all the important pawn structures you should know before diving into the theory of King's Indian Defence.

Roiz deal with the following 6 structures: 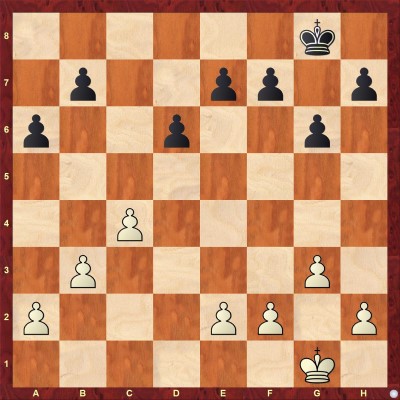 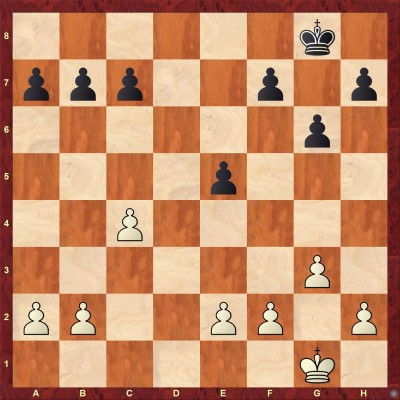 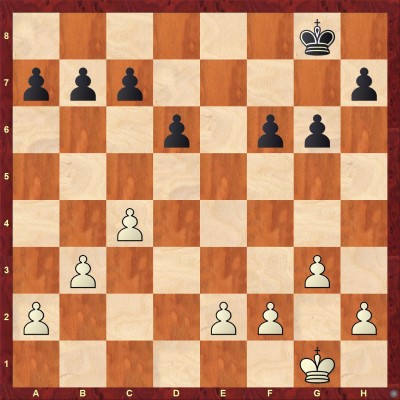 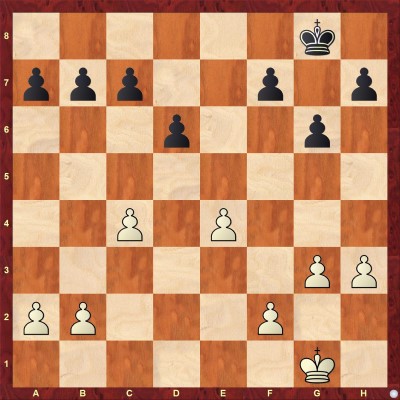 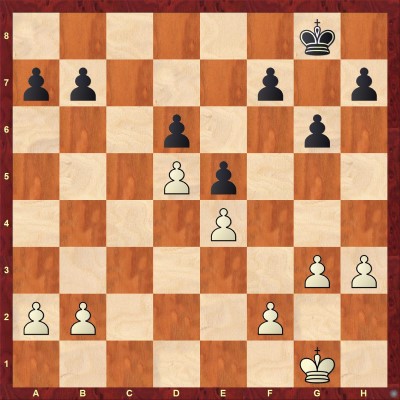 These basic structures are covered in 8 model games. You can see an example below. 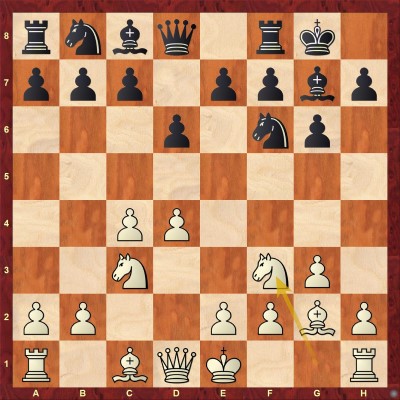 Nevertheless, there are some interesting alternatives that deserve attention. The author starts the database by examining some of the rare alternatives on move 6.

This chapter is mainly dedicated to 6...Bg4. The alternative 6...Bf5 allows White to play 7.Nh4 followed by e2-e4 in the future.

The critical position of the chapter arises after 7.0-0 Qc8 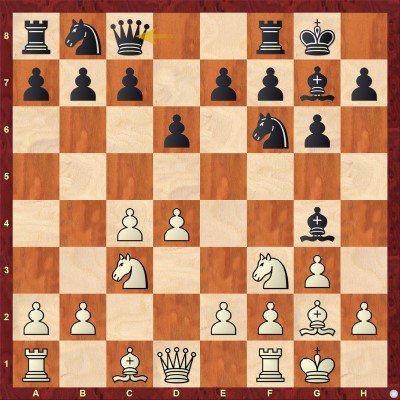 This somewhat artificial approach was played by a few good players, including the great Victor Korchnoi. Black gives up the fight in the centre and aims to exchange the light-squared bishops.

At this point, the author suggests 8.Bg5. The idea is very simple - White wants to take on f6 and follow with Nd5. In the annotations to the current chapter, Roiz proves that White keeps an edge in all the lines. 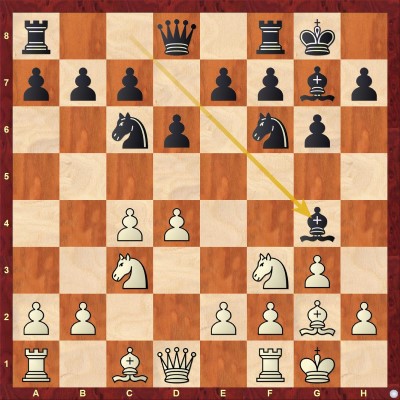 This move has been known since 1928, and since then it has been employed by many great players such as Geller, Petrosian, Nakamura, Radjabov and more. Black intends to exchange his light-squared bishop in order to diminish White's control over d4. 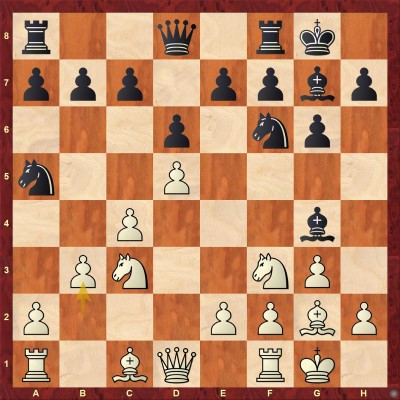 This seems to be the most precise way to defend the c4-pawn. There is no reason to tie the queen to the defence of the pawn. Of course, in this chapter, Roiz explains why all the tactics starting with ...Nxd5 are not working. White's main idea is to answer Black usual 9...c5 by means of 10.dxc6 entering a structure which has been dealt with in the Typical Pawn Structures section. 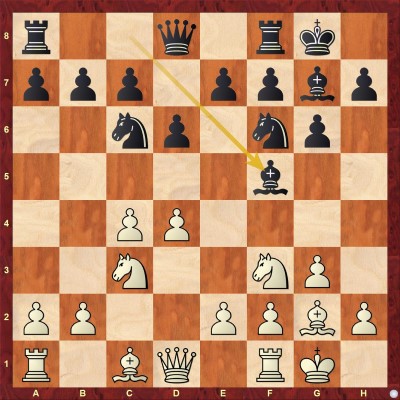 This is quite a tricky move that has been tried by many strong players. Black intends to provoke simplifications with ...Be4. In this position, Roiz comes up with a very interesting concept - 8.d5 Na5 9.Nh4

This is only White's 3rd choice by statistics, but its value is underestimated - the Bc1 remains unlocked, and the standard c7-c5 wouldn't disturb White. In his analysis, Roiz shows the perfect placement of each piece. If White plays correctly, Black runs out of counterplay.

This flexible continuation has been known since the 1950s. It turns out that Black might attack the c4-pawn not only in QID with 5...Ba6, but also in the Kings Indian Defence! Since there is no immediate confrontation in the centre, White can choose between many possible ways of development. 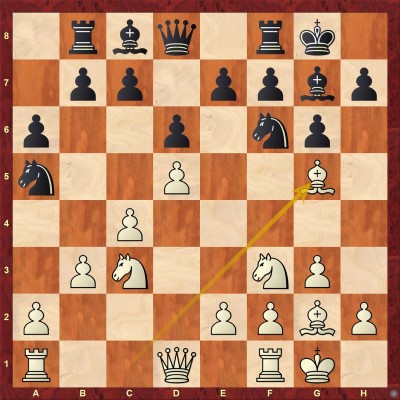 A relatively fresh idea that was first seen in 2003 and gained popularity in recent years. The presence of the Bg5 in Black's camp is rather annoying and h7-h6 would make Black's setup on the kingside somewhat dicey. White is ready to answer ...c7-c5 with dxc6, thus entering a typical pawn structure which is known to be favourable for him.

This natural move was first seen almost a century ago. The position that arises after 8.d5 Ne7 is very similar to the Classical Variation of the KID (with White's bishop on e2), and it proved to be very comfortable for White. The main reason is that Black often fails to develop adequate play on the queenside with Nh5 and f7-f5, whereas White has decent prospects on the queenside. However, a few years ago the KID players found a fresh attractive idea: 8.d5 Nb8!? when Black manages to set-up a blockade and solve most of his problems.

The pin along the h4-d8 diagonal creates definite problems for Black. In particular, White is threatening to play Nc3-d5 to attack the c7-pawn. The annotations to the current chapter show that Black faces difficulties to achieve a complete equality.

This is somewhere in-between the Kings Indian and the Grünfeld! Black invites White to enter the Benoni with g3. At this early stage, the author comes up with 5.dxc5.

Roiz states that he was surprised to discover that this natural move is only White's 4th most popular choice by statistics! However, why should White not take the pawn, when regaining it would not guarantee Black equality? In this position, the author deals with 3 continuations - 5...Na6, 5...0-0, and 5...Qa5. The conclusion is that Black needs to be very precise in order to fight for equality.

Once again, Black is trying to enter the Modern Benoni Defence. Nevertheless, it turns out that 6.dxc5 is a decent option even here. The main line goes 6...Qa5 7.Qa4! 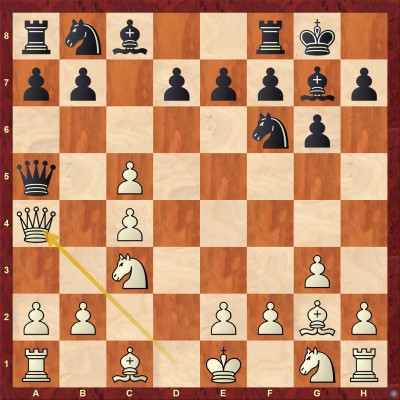 By making this move White forces Black to recapture with the queen, so it will give him another tempo. Later on, White will follow with Be3, Nh3-f4, and 0-0. In his annotations, the author demonstrates how White gets a slight edge in all the lines. 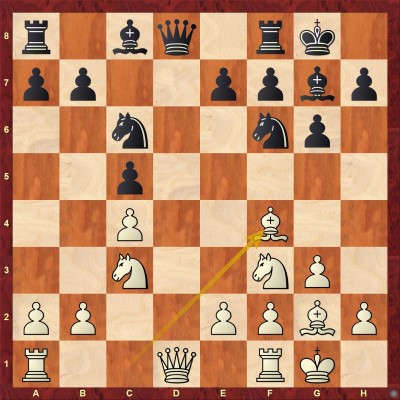 This symmetrical pawn structure can be dangerous for Black. As we know, in symmetrical positions, the development is what matters. Basically, White's idea is to follow with Ne5, thus putting pressure along the h1-a8- diagonal. According to Roiz, Black's most critical tries are 9...Be6 and 9...Nd4. These moves are dealt with in the next chapter. In the current chapter, the author focuses on 5 moves that he finds less critical - 9...Qa5, 9...Bd7, 9...Bf5, 9...Nd7, and 9...Nh5. In his analysis, Roiz shows that none of these moves manages to neutralize White's pressure.

This chapter examines the critical positions in 6...c5 line. The author believes that 9...Nd4 is the most ambitious way of handling the position. Black enters the centre first at the cost of leaving his Bc8 on its initial square. In this case, he suggests 10.Re1! 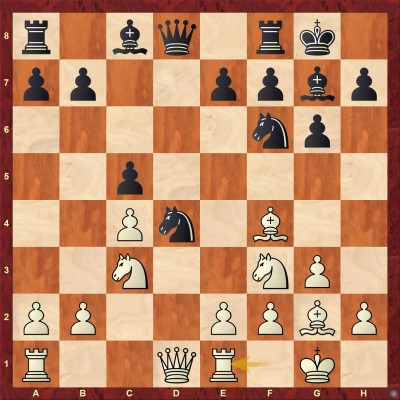 The main point of this deep prophylactic move is to make the Bf4-e5 move possible after Black plays Nf6-h5. Of course, White is planning to follow with Be5 even if Black does not play ...Nh5. It turns out that Black's counterplay is far from obvious. 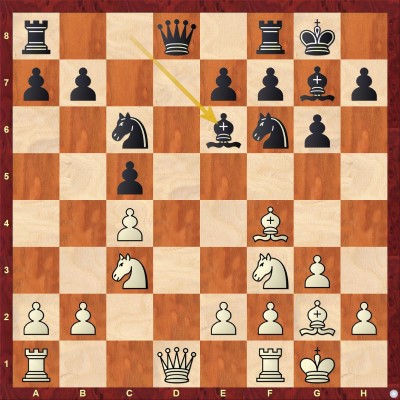 The most common response. Indeed, what could be more natural than developing the bishop with a tempo? In this position, Roiz suggests 10.Ne5 Na5 11.Qe1!

Strangely enough, this logical move was only tested in a few games so far. White vacates d1 for the rook while the Qe1 keeps an eye on the Na5, so Black is under definite pressure now.

A solid approach. Black intends to secure a spot for his knight in the centre, similar to 6...Nc6 and 7...Bf5.

In this position, Roiz suggests the relatively untested 8.Ng5!?

In his comments to this move, the author writes: I found this rare move to be very challenging - White is going to fully seize the centre with tempo.

Subsequent analysis shows that Black doesn't have an easy way to solve his problems.

This is the starting position of the next 2 chapters. Apart from 7...Nbd7 followed by ...e7-e5 which would transpose to the main lines, Black's most popular option is 7...Qa5. This move is dealt with in the next chapter.

In this chapter, GM Roiz deals with three rare moves - 7...a6, 7...Qb6, and 7...Na6. Even though these options are not critical, they can be very tricky. That's why you need to be well prepared when facing them. In this chapter, Roiz provides the best antidote against each one of these moves. 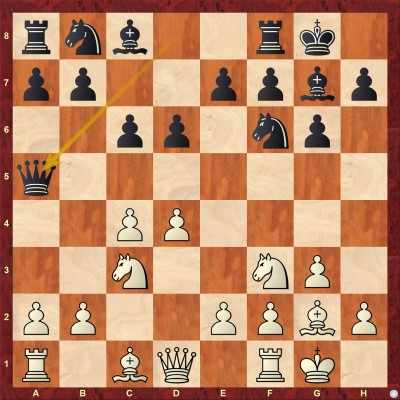 This is Black's most common choice after 6...c6. There are a few points behind this early queen move: in some cases, the queen stands well on h5 where it puts some pressure on White's king, but it can also support the b7-b5 break. In this position, White's most principled approach is 8.e4 which gives White full control of the centre.

The arising positions are quite tricky and require precise handling. Nevertheless, if White knows what he is doing he would keep a slight advantage in all the lines.

Black deviates from releasing the tension for a while and shows his aggressive ambitious on the queenside. The plan gained popularity in the 70s, and it is still employed by top players from time to time.

The suggestion of Roiz is 9.Qc2 which he believes is the best way to meet the early b7-b5 - the opposition of Rd1 and Black's queen is very promising for White. Sooner or later Black will have to release the tension in the centre, thus allowing White to obtain a superior structure. 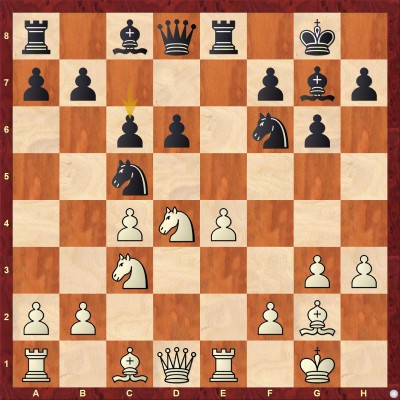 Black weakens the d6-pawn but covers the important squares b5 and d5. Also, now Black's queen can be developed to a5 (mostly after a5-a4). This plan has been known since the 40s, and it was tested on the highest level.

In this position, Roiz suggests 12.Qc2, overprotecting the e4-pawn and restricting Black's counterplay. Later on, White is planning to follow with Be3 and Rad1. Of course, the author shows why 12...Nfxe4 does not work tactically. Black has several options but none of them promises a sufficient counterplay.

This way of handling the position is highly popular on the high level. Black's setup is mainly connected with piece play on the kingside - in particular, the h3-pawn can be attacked by means of ... Qc8 and even Re5-h5.

In this line, White's main task is to restrict Black's counterplay. Once Black runs out of counterplay, he has problems since White has a better structure. In his analysis, the author demonstrates convincing ways to keep the edge. 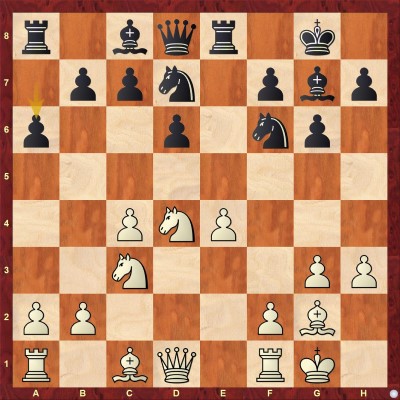 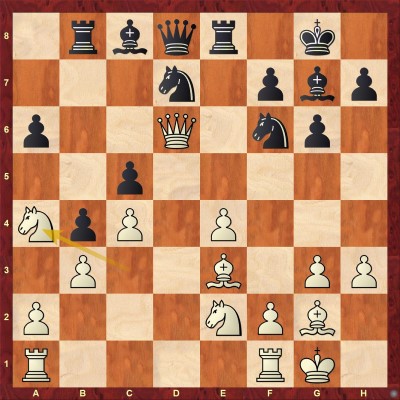 White goes for a positional exchange sacrifice. In the subsequent analysis, the author shows that White's compensation is more than enough. 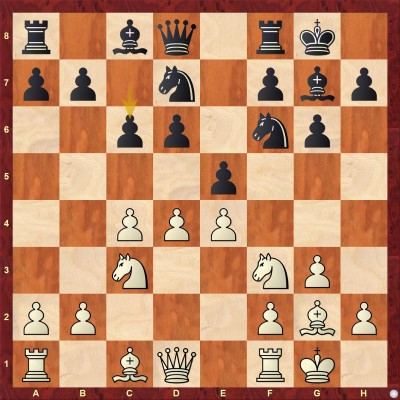 By making this move Black covers d5 and opens a pathway for the queen to b6, so White might have to deal with pressure against the d4-pawn. In addition, Black may push d6-d5 in some cases. This position became very popular in the 1940s when 8...c6 was tested by many of the strongest KID players of that time, such are Smyslov, Bronstein, and more.

Against this line, Roiz suggests the rare and highly underestimated 9.Be3. The author provides many fresh and unexplored ideas and proves that the move 9.Be3 is very challenging from a theoretical point of view. As a conclusion, we can say that Black has problems to equalize in this line.

The database ends with 15 interactive test positions which allow you to test your knowledge and understanding. Below, you can find 5 of them.