The Open (or Tarrasch) Variation in the Spanish Opening has fascinated me ever since the 1978 and 1981 Karpov-Kortschnoj matches, during which the challenger regularly used it, coming up with many new ideas. Before that, the system did not enjoy a good reputation, but the intense rehearsal during the matches provoked a real boom of the opening. For many years I had an intense but purely "platonic" sympathy for it. I finally decided to include it in my repertoire when I understood that playing the Sicilian against players like John Nunn was pure suicide. And as a reward, my first game with the Open Spanish ended in a draw against the same Dr Nunn, who one year earlier had made me the unwilling co-author of a brilliancy prize in the Najdorf! The aforementioned matches also induced a new fashion trend from White's point of view, but during the '80s, Kortschnoj introduced many new ideas in tournament games. Around 1990 a serious crisis happened, after a crucial loss of Kortschnoj to Hjartarson. I managed to play it for a few more years, switching systems when I feared concrete opponents' preparation, but around 1994 I had to resign to the evidence: Many of my favourite lines did not look playable anymore. Revisiting the variation after such a long time was refreshing. When writing this database I understood that at this stage of theory there are certain systems (mainly 9.Nbd2) in which Black has to go for dynamic play (and not for static positions, as I used to do). I will explain in detail the main strategic and tactical ideas in the usual additional article, but I have also given as many verbal comments as possible to the repertoire lines examined below.

At the beginning of this article, I discuss the philosophy of the variation. Once again, we shall take a look at the first important crossroads in the Open Spanish.

For more than a century, the Open Variation has been one of the most controversial openings in the whole opening theory. Decades of popularity have alternated with even longer periods of oblivion. The best way of proving that truth is relative in this system is by quoting the opinions of two outstanding grandmasters and theoreticians. Tarrasch, who has used it constantly and quite successfully, to the point that he is not considered the godfather of the variation, wrote that in the starting position Black has an advantage, due to his space advantage in the centre and on the queenside, the active minor pieces (with a special mention for the knight on e4) and the weakness of White's pawn on e5. Decades later, Keres had an opposite view, based on precisely the same elements. He considered Black's opening unsatisfactory because of the vulnerability of the central knight, weakness of Black's queenside and White's attacking chances due to his strong pawn on e5! Far be it from me to argue with the opinions above. On the contrary, I would confidently say that both Tarrasch and Keres were right! The final outcome of the opening depends precisely on the fate of these three elements, the central knight, the queenside structure and the pawn on e5. In this article, I will exemplify both points of view, in order to offer as complete a picture as possible. I will start with a model game for Keres' philosophy.

This section consists of 7 extensively annotated games. Each game features an important positional idea in the structure.

Old theory evaluated this move as harmless, due to Black's possibility to break in the centre at an early stage. The whole system came into the limelight for the first time when Karpov used it during the Baguio 1978 and Merano 1981 world title matches against Kortschnoj. At that time, this was intended to avoid the main lines, as Karpov systematically failed to find anything convincing after 9.c3 Bc5. Further developments of Karpov's ideas turned this variation into White's main weapon. 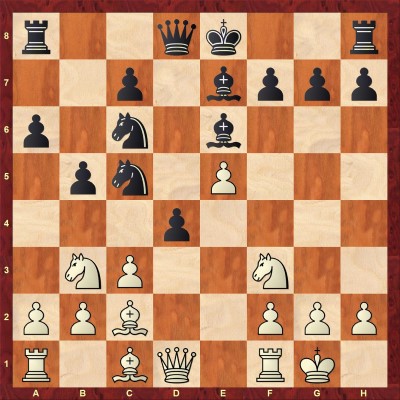 This important position is discussed in the first 4 chapters of the current database. Of course, in the introduction to this line, I deal with White's possible deviations on move 11. 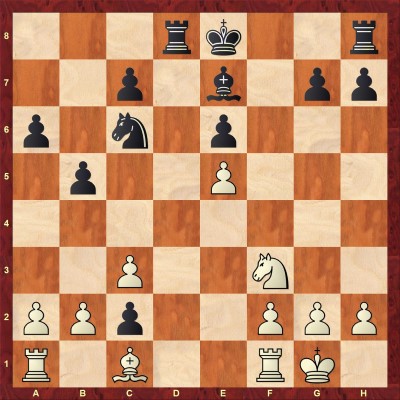 In my analysis, I prove that Black keeps easy equality in this endgame. 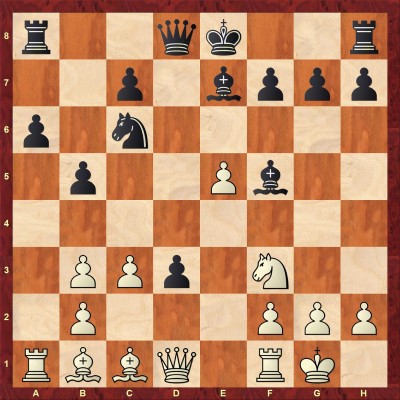 The plot is clear: White needs to attack the pawn on d3 while Black has to use the available time and space to build up his counterplay. In this position, White's most popular options are 15.Re1 and 15.Be3. These options are dealt with in chapters 3 and 4. In Chapter 2, I examine the most important alternatives on move 15 - 15.Bf4 and 15.b4. As it becomes clear from my analysis, these continuations are not dangerous for Black. In many cases, Black can even overtake the initiative. 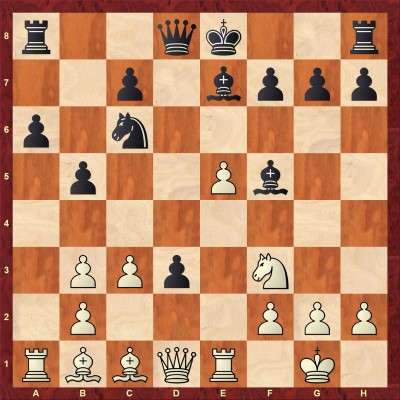 This move is useful in many setups but in some cases, the rook can be exposed to ...d3-d2. My analysis shows, that with a precise play, Black has sufficient counterplay.

This was known in the late '80s already but became popular only decades later. Black intends to exchange his vulnerable pawn for one of White's. At this point, I deal with 3 continuations - 18.Bxf5!?, 18.Qxd2, and 18.Re2. Of course, Black should know what he is doing in these lines. Nevertheless, none of the 3 lines promises an advantage.

This exchange usually leads to a queenless middlegame. Play is by far more interesting than Chapter 1, but somewhat clearer than in Chapters 2 to 4, where the minor details are very deep. It is a face to face fight in a non-symmetrical position, offering both sides chances. 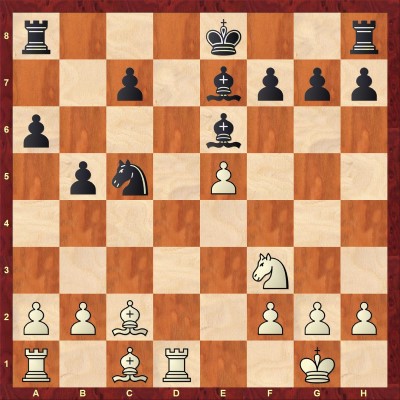 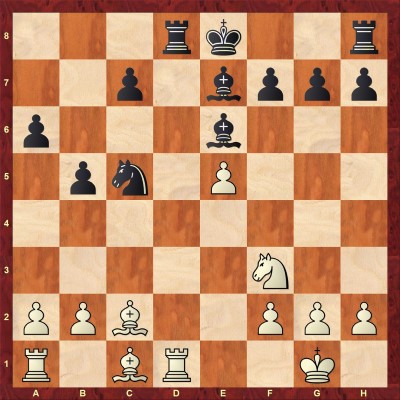 This is a simple way to get adequate play. It reminds me of the Berlin Defence where the black king also navigates along the back rank. My analysis proves that Black keeps the balance in the arising positions. The only drawback of the move 15...Rd8 is that Black faces difficulties when playing for a win. 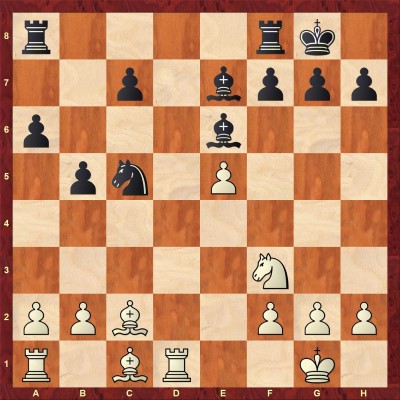 In the previous line, the black king was headed for the kingside or else e7. Castling is the fastest way to complete development but later the king may need some time to return to the centre. All in all, after the last move play tends to be more complicated than in Chapter 5, with increased chances to outplay the opponent (but also to be outplayed!) This position has enjoyed intense practical rehearse. Both sides have many alternatives on every step. I have tried to explain the main ideas in the comments to this mass of practical material. 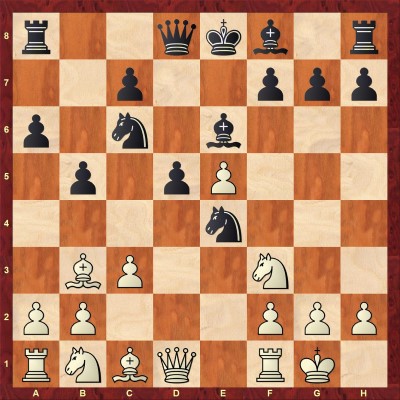 This is the classical mainline. Unlike 9.c3 it does not put immediate pressure on Black, but it prevents him from breaking in the centre at an early stage.

For the purposes of the current repertoire, I suggest 9...Bc5

According to Tarrasch, this move is inferior as it exposes the bishop. But I have always been fascinated by it, as it develops most actively.

In Chapter 11, we will examine a series of sidelines that in some cases require certain accuracy from Black. 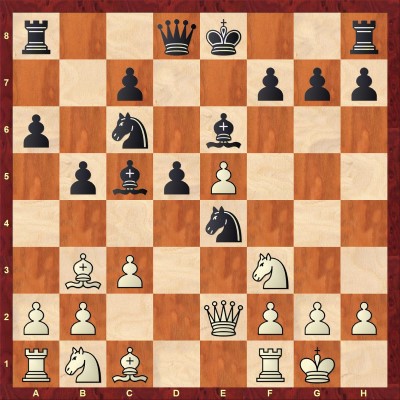 This move is closely related to 10.Qd3 from Chapter 13, to which it can actually transpose. There are two basic ideas behind it: exchanging the active bishop with Be3 or else questioning the central knight's stability. 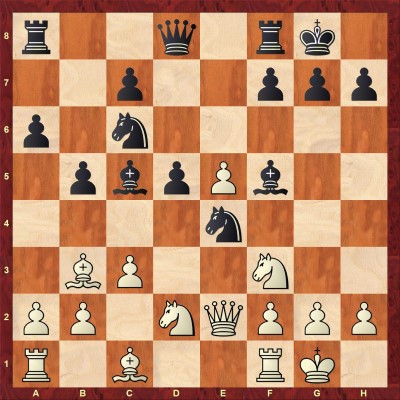 The move 12.Nxe4 is the strongest continuation. The arising positions are dynamically balanced. 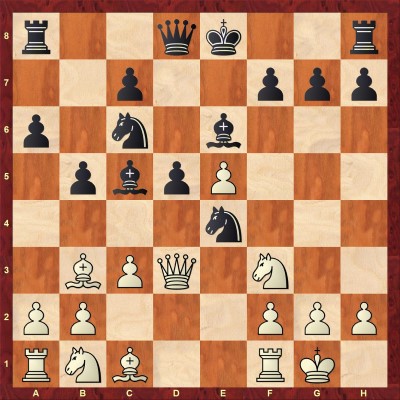 This move has a long history, although it never was the main line. In the '80s it served Andrei Sokolov quite well, including his Candidates' match with Jussupov. As we will see, there are two possible plans on the next move.

After 10...0-0, White has two main continuations - 11.Be3 and 11.Nbd2. The move 11.Be3 is dealt with in the current chapter, while Chapter 14 covers 11.Nbd2. In both cases, Black manages to solve his opening problems without major difficulties. 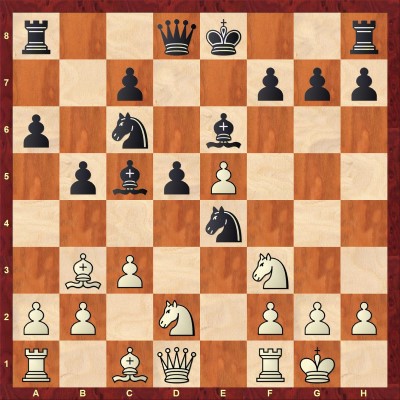 The most natural plan, putting pressure on e4 with developing moves. The current chapter introduces the so-called Dilworth Attack arising after 10...0-0 11.Bc2 Nxf2!? 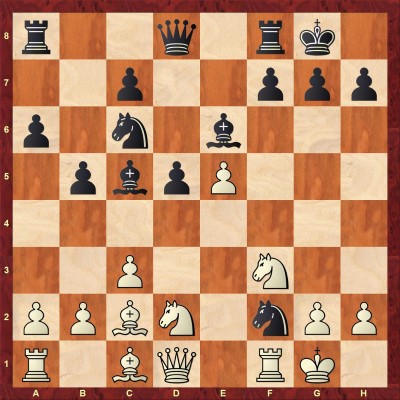 This is the start of the so-called Dilworth attack. Vernon Dilworth used it a couple of times in the '40s, but there had been just one previous game with this line in 1924! At the top level, Botvinnik played it in 1943 against Smyslov, but chose the wrong move order and lost. As a general picture, Black gets a rook and a pawn for two minor pieces and, based on his better development, a consistent initiative. This most typically results in winning a second pawn, after which he will have nothing to fear, even in the endgame. The remarkable thing is that the old theory is still valid in the essential lines, standing up to the engines' scrutiny.

The game usually follows with 12.Rxf2 f6! The key to the sacrifice. Black opens the f-file for his attack. In this position, White has two main moves - 13.Nf1 and 13.exf6.

Chapter 15 features 13.Nf1 which has enjoyed some popularity lately. White immediately sacrifices a pawn to speed up his development. But Black's strong centre yields him entirely adequate play. 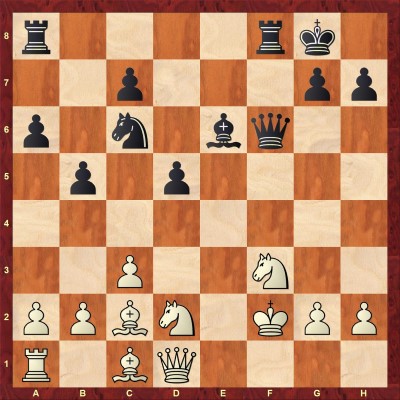 Black managed to connect his rooks and bring all the pieces into play. Later on, he is ready to activate the knight via the e5-square. At this point, I examine three options for White - 15.Kg1, 15.Nb3, and 15.Nf1.

The moves 15.Kg1 and 15.Nb3 are covered in Chapter 16. These moves allow Black to develop a strong initiative. The most critical 15.Nf1 is examined in Chapter 17. With this move White prepares to develop and keeps f3 over-protected. My analysis shows that with a precise play Black equalizes. 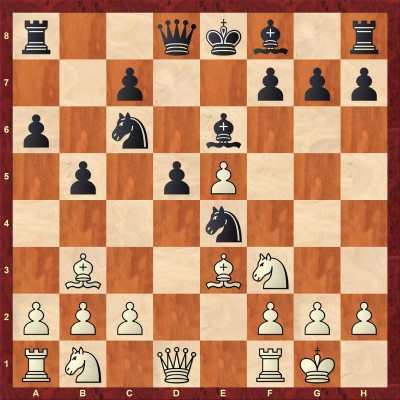 The setup introduced by this move has been considered as important as 9.c3 for many decades. In this position, Black should follow with 9...Be7 (One important discovery, making 9.Be3 popular at the beginning of the late '80s, was that 9...Nc5 runs into 10.Nc3! Nxb3 11.cxb3! Be7 12.Rc1, leaving Black with problems on the dark squares and along the c-file.) 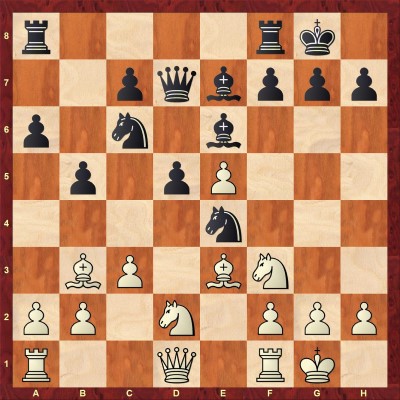 A logical setup, developing naturally without being worried about the central tension. White has a variety of moves in this position. The main options are 12.Bc2 and 12.Re1. These two moves are covered in Chapters 19 and 20. Chapter 18 covers all the sidelines. After studying my notes to Chapters 18-20 you will face no problems when handling the position after 9.Be3.

This line has been successfully used by Paul Keres during the '40s, explaining why it bears his name. White's main idea is to set up pressure on d5 with Rd1 and then break with c2-c4. Optically, this looks threatening, but one can also notice that White neglects the queenside development, which entitles Black to count on equalizing. 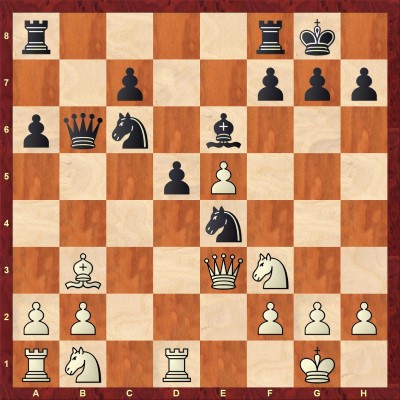 Black neutralizes White's queen's pressure on both wings. At this point, White has a choice. I analyze three options - 16.Nbd2, 16.Qe2, and 16.Qxb6. The moves 16.Nbd2 and 16.Qe2 are explained in Chapter 21. These moves are not dangerous and Black gets a very promising position. More challenging seems to be 16.Qxb6 which is dealt with in Chapter 22. In my annotations to this chapter, I prove that the arising isolani is not a weakness. Black gets a very decent position due to the control of the important squares e4 and c4.

At the end of the current database, I examine two of the most popular sidelines that White can employ on move 6. The starting position of this chapter is being reached after the moves 1.e4 e5 2.Nf3 Nc6 3.Bb5 a6 4.Ba4 Nf6 5.0-0 Nxe4 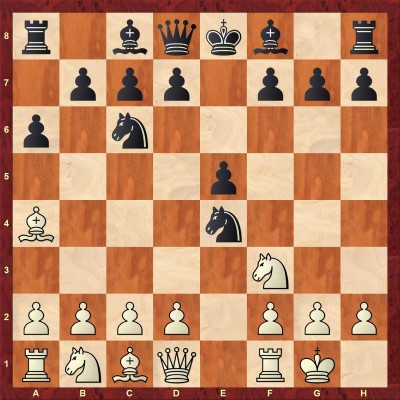 In this position, instead of the normal 6.d4, White can also opt for 6.Re1 or 6.Qe2. The practice has shown that these moves are not challenging and Black gets easy equality. Nevertheless, you should be familiar with them in order not to be surprised during the game.

As usual, at the end of the database, you will find a test section. This section includes 16 interactive test positions which allow you to test your knowledge and understanding of the theory. Below, you can try to solve 5 of them.