In his second database, GM Mihail Marin completes the examination of Nimzo-Indian Defense. After dealing with the two main moves (4.Qc2 and 4.e3) in Part 1, he now analyzes all other possibilities for White. The Romanian grandmaster stays loyal to his style and suggests some less explored systems based on solid positional grounds. Following his repertoire, you shouldn't memorize long and forced lines but build a fundamental understanding of the arising positions and structures. The database contains 20 theoretical chapters and 15 test positions!

In Chapters 1 to 9, GM Mihail Marin is analyzing the move 4.Nf3
The third most common move for White and it is not without venom.
The author stays loyal to his concept and suggests 4…b6

In this position, White has a wide choice between several development schemes.

In Chapter 1, the author analyzes the modest-looking move – 5.Bd2 followed by g2-g3 and Bg2. 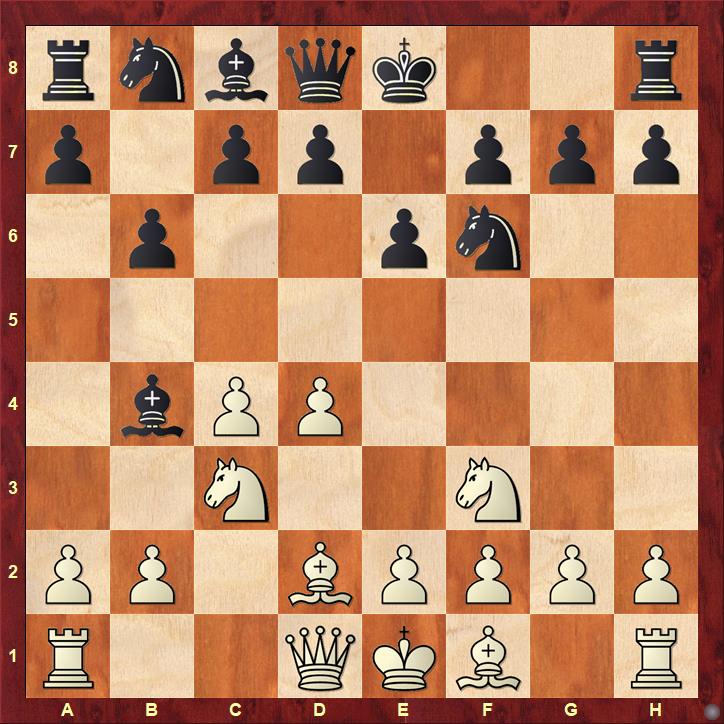 Marin suggests continuing with the well-known scheme – "Bb7, d7-d6, Nbd7, 0-0, followed by an exchange of the dark-squared bishop on c3. According to the analysis, Black is not experiencing any problems in this line. 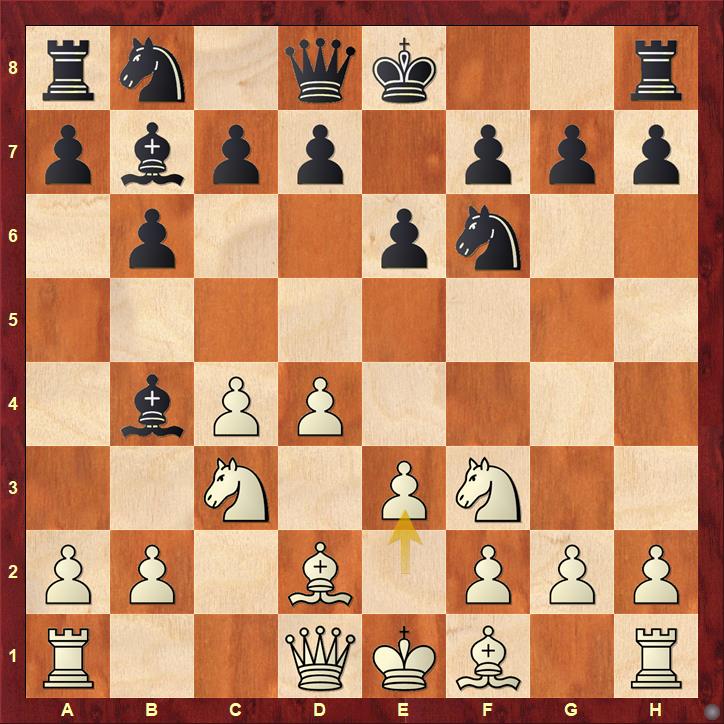 The author suggests the immediate 6…Bxc3! following by 7…Ne4 with a good play for Black. 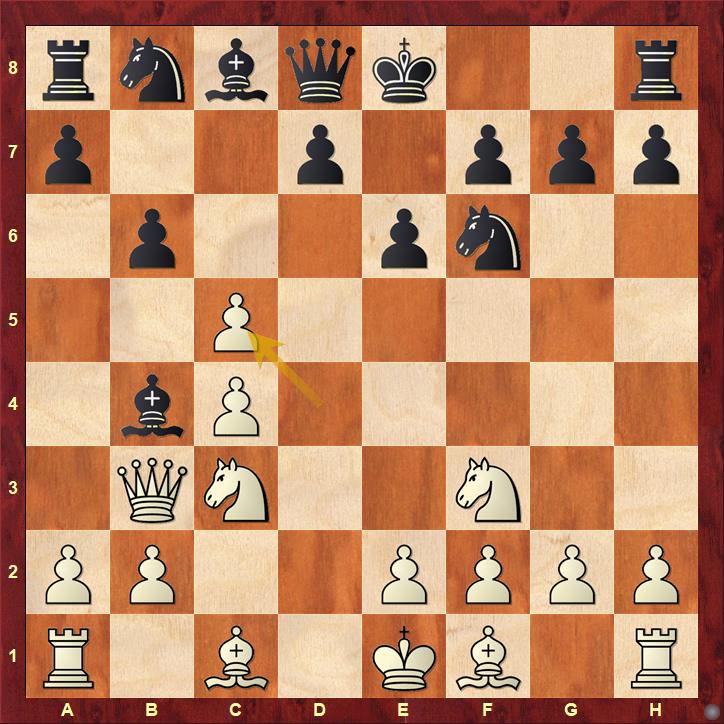 With the move 5.Qb3, White intends to play an improved version of the Qc2 system. Before forcing the exchange on c3, he hopes to induce a small commitment, such as 5...a5 or 5...Qe7. Black defends the bishop, ensures a safe retreat to a5 if needed, and puts pressure on d4. Soon he will exploit the queen's position with ...Nc6 and possibly ... Na5. The move 6.dxc5, this simplistic continuation requires a certain accuracy from Black. The author proves that with an accurate play, Black can maintain the balance.

In Chapters 4 to 6, the reader will find the position after 6.Bg5 Bb7 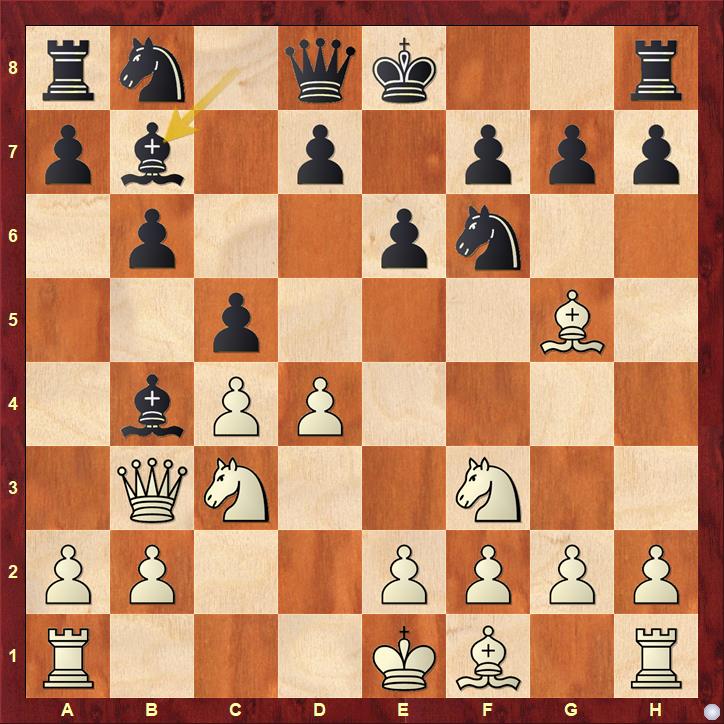 GM Marin analyzes the immediate 7.a3 in Chapter 5 and the most natural 7.e3 in Chapter 6
These structures are quite complicated, but the author finds some new ideas and concepts which lead to double-edged positions with equal chances. 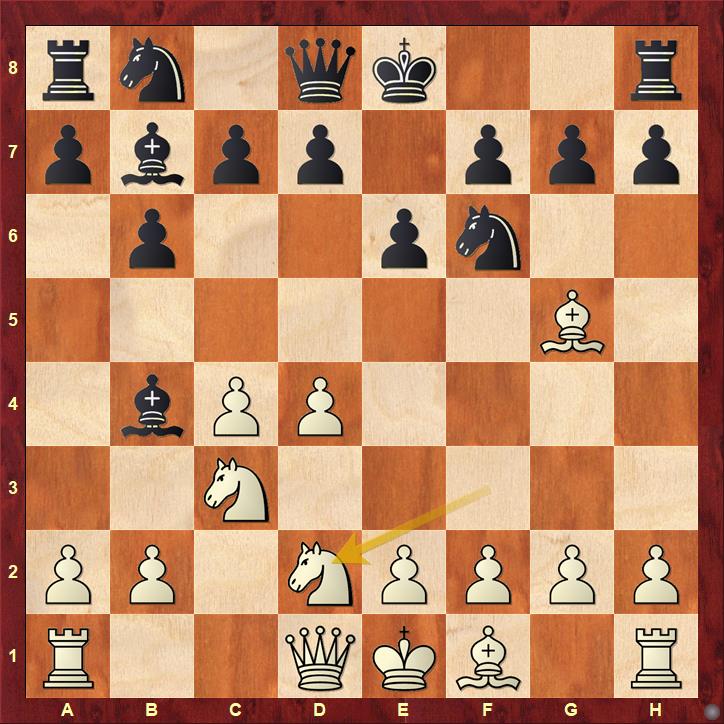 This used to be fashionable at some point. White intends to occupy the centre with pawns without losing time with e2-e3 (f2-f3 and e2-e4). However, the last move looks a bit weird from a developing point of view. Marin finds an extremely rare but strong continuation for Black and provides us with his original analysis. The arising positions are fresh, unexplored, and quite good for Black. 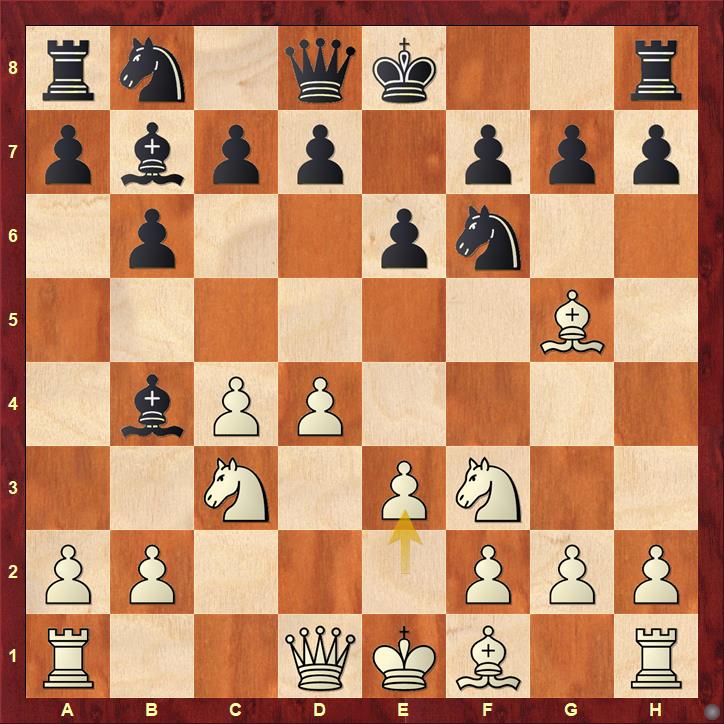 This and the next chapters are devoted to the main continuation 6.e3.
The main line continues 6…h6 7.Bh4 g5 8.Bg3 Ne4 9.Qc2 Bxc3 10.bxc3 Nxg3!?
The Romanian grandmaster chooses this move instead of the most popular 10…d6.
First, he analyzes the classical approach 11.hxg3. 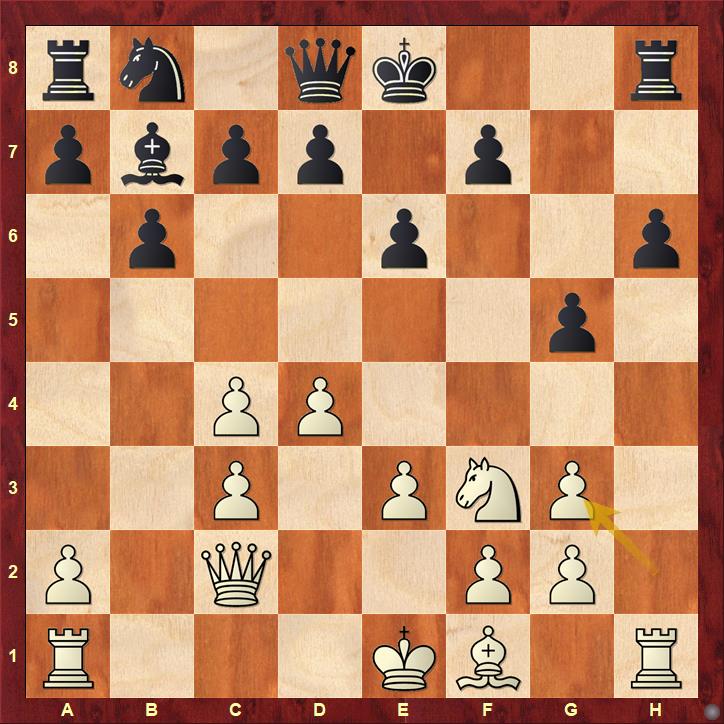 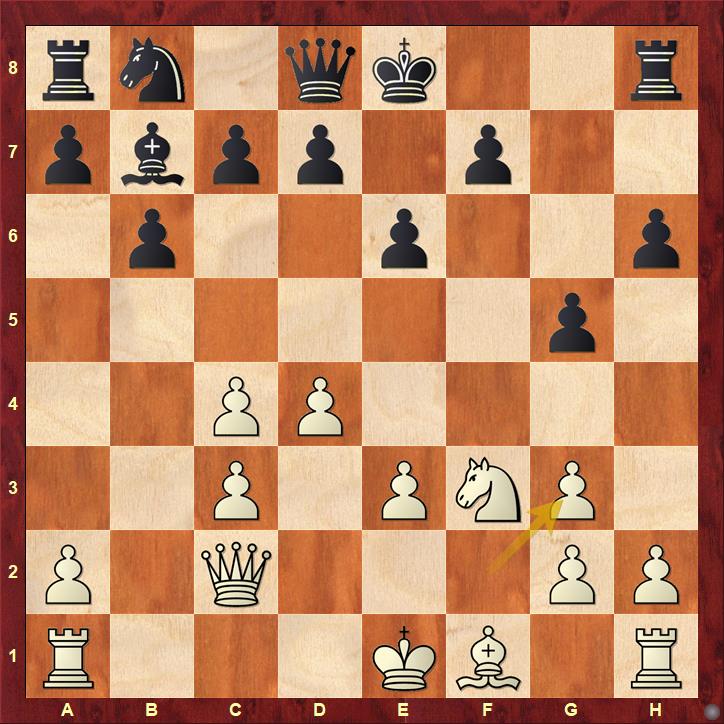 It is an interesting attempt to deprive Black of his attack based on advancing the h-pawn and clearing the f-file for White's major pieces.
White is trying to compensate his worse pawn structure with an active play on the open file.
Marin shows that Black can neutralize White's initiative with an accurate play and then try to take advantage of the opponent's multiple weaknesses. 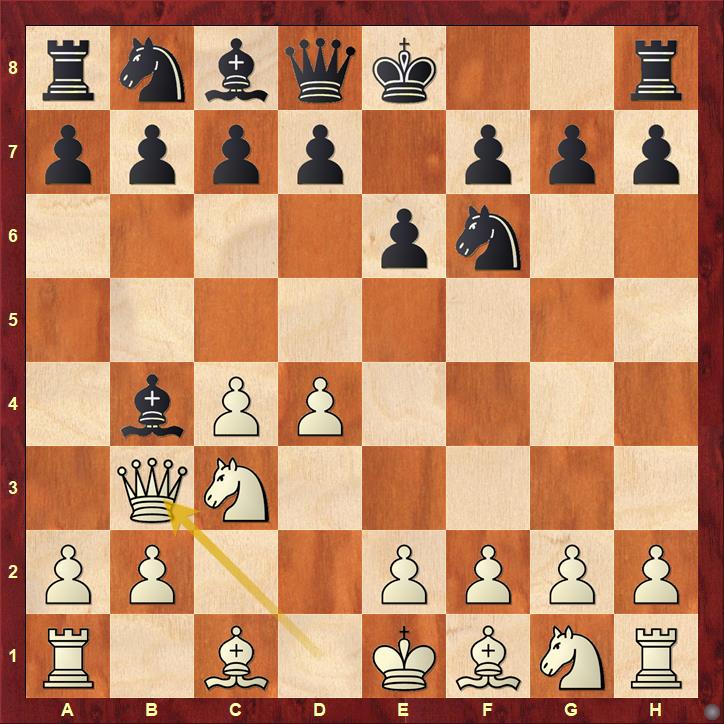 Since Black has not made any queenside commitment yet, this is less consistent than 4.Nf3 b6 5.Qb3.
Black equalizes comfortably after 4…c5 5.dxc5 Nc6. 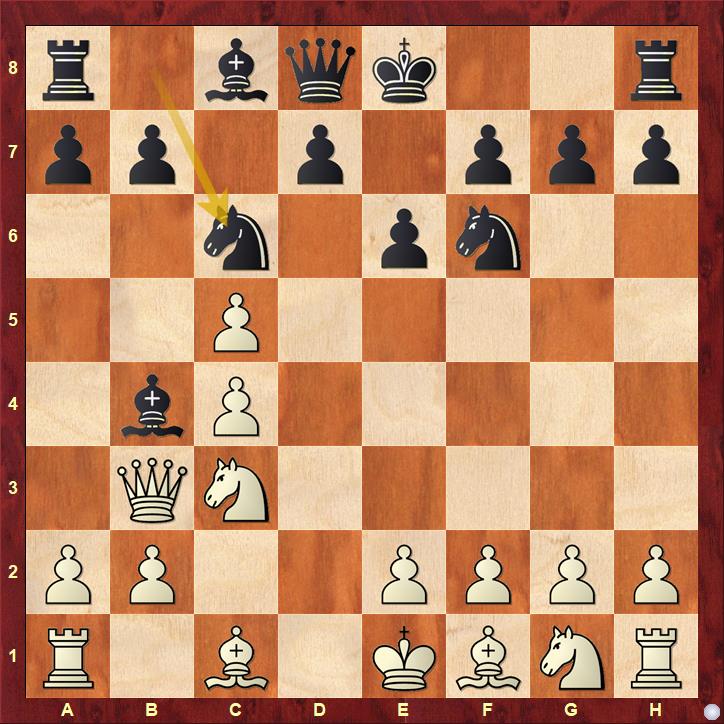 In this position, White has three main options: 6.Bg5, 6.a3 and 6.Nf3, but neither of them give advantage for White 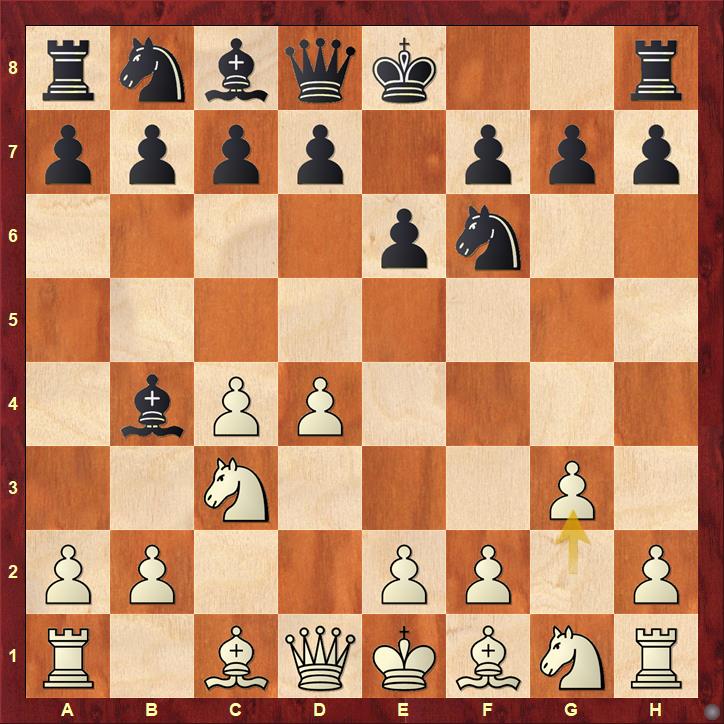 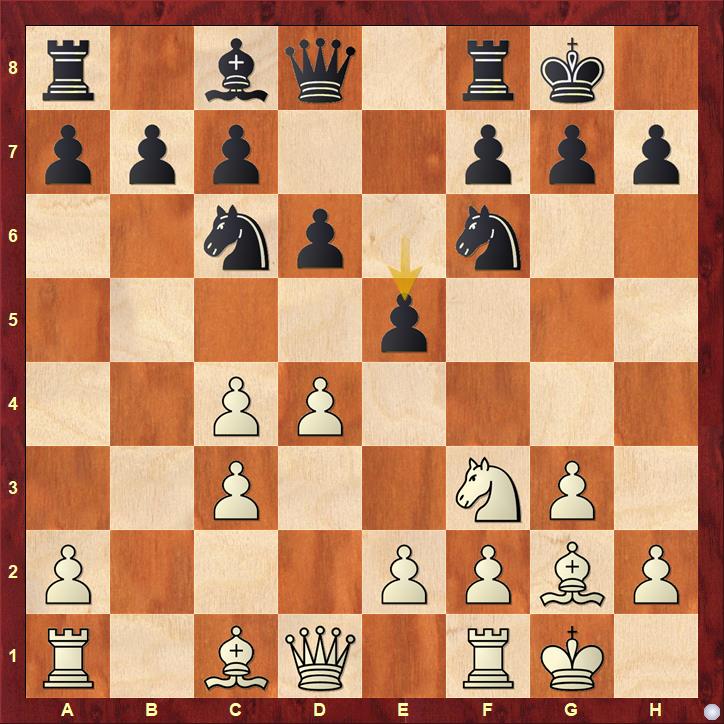 Creating the potential threat of ... e5-e4, which would reduce the g2-bishop's activity. 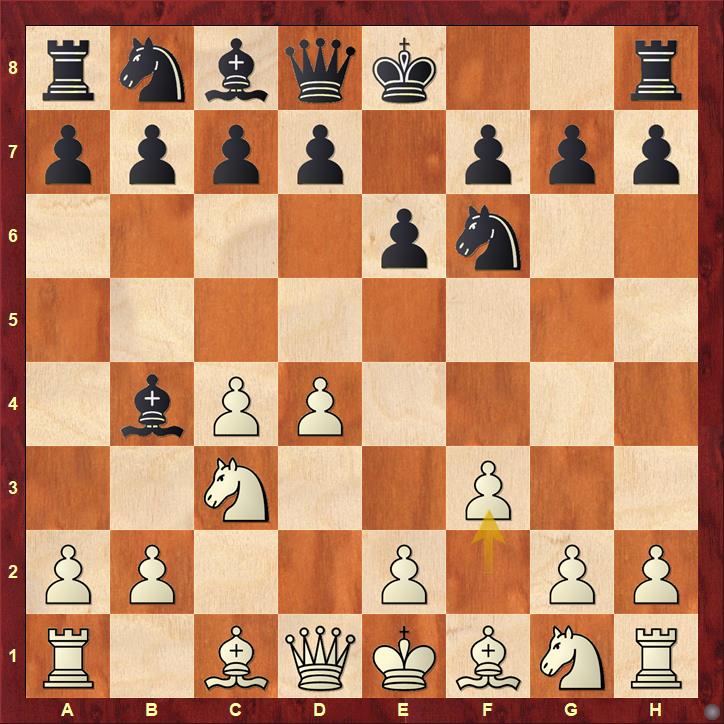 This ambitious system was famously used by the Romanian grandmaster Florin Gheorghiu to beat Robert Fischer. I have been seduced by it in the early '90s and obtained a series of beautiful wins with it. However, the system is a bit too provocative, as it delays White's piece development. Nevertheless, this is a trendy line nowadays thanks to some great wins of Caruana, Nepo, and other top GM's. 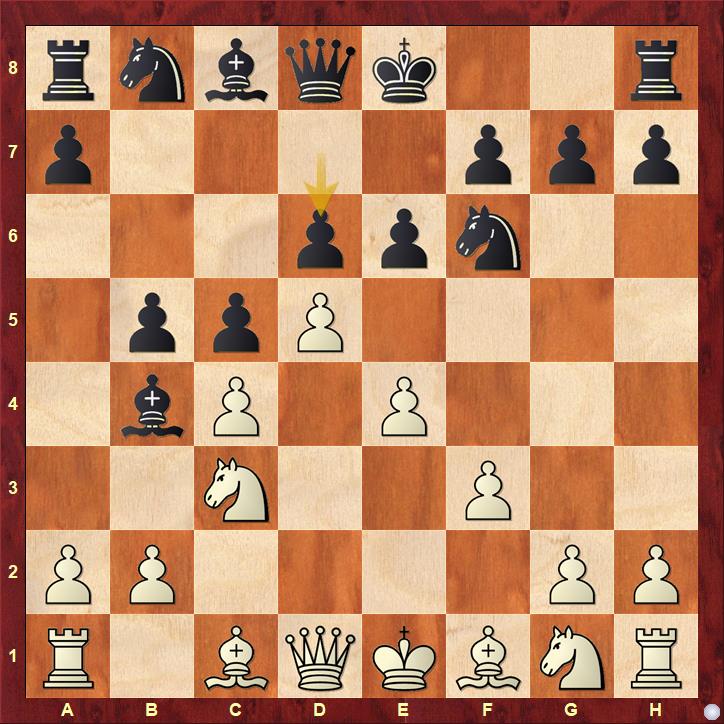 In Chapter 13, he analyzes all sidelines for White on the move seven and shows that Black has nothing to worry about. 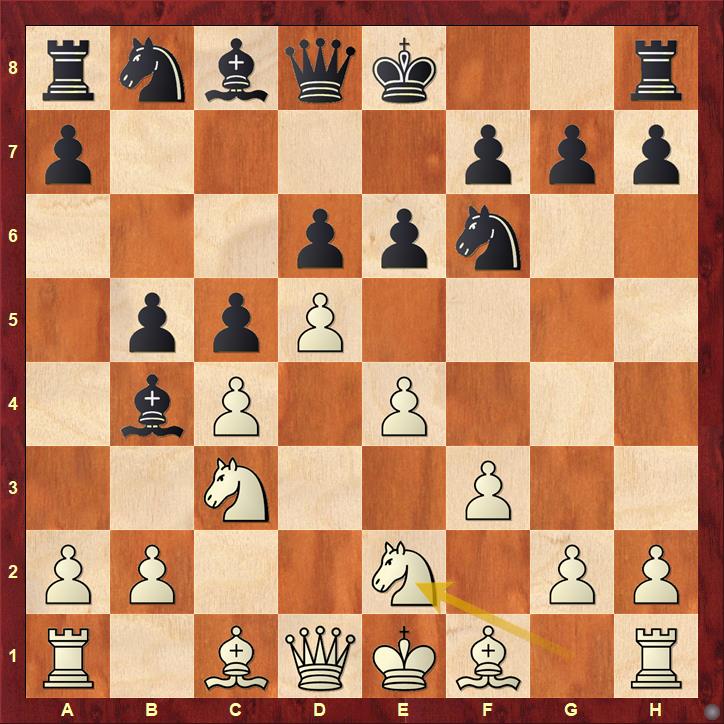 White intends to continue with Ng3, avoiding wasting a tempo with the bishop on its way to c4 and hoping that Black will soon finish his neutral, half-waiting moves. However, there is a simple answer, and Black can equalize after 7…dxc4 8.Nf4 e5. It is not so easy for White to return the pawn. 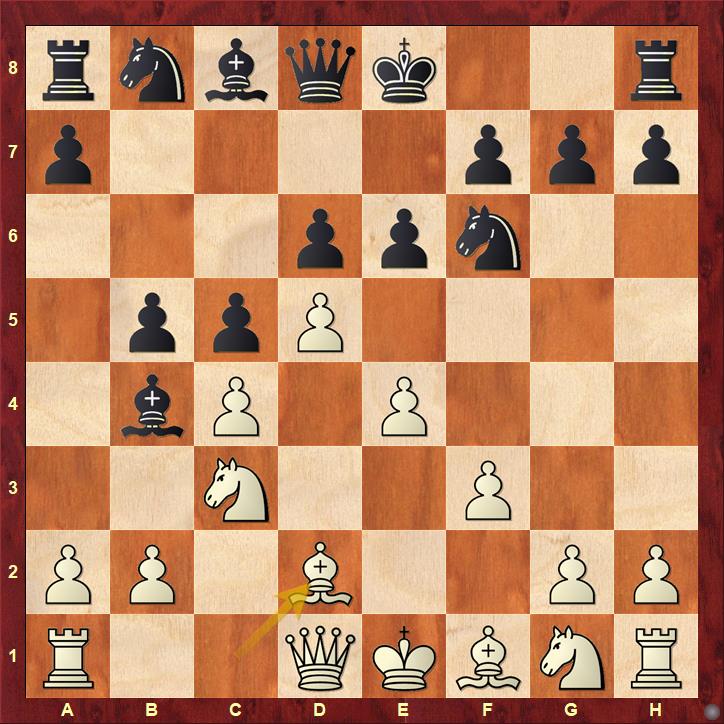 A solid move, indirectly reducing Black's pressure in the centre.
It is the choice of Caruana, Aronian, and other top players.
The author suggests the modest 7…a6 and proves that Black can maintain the balance in this double-edged position. 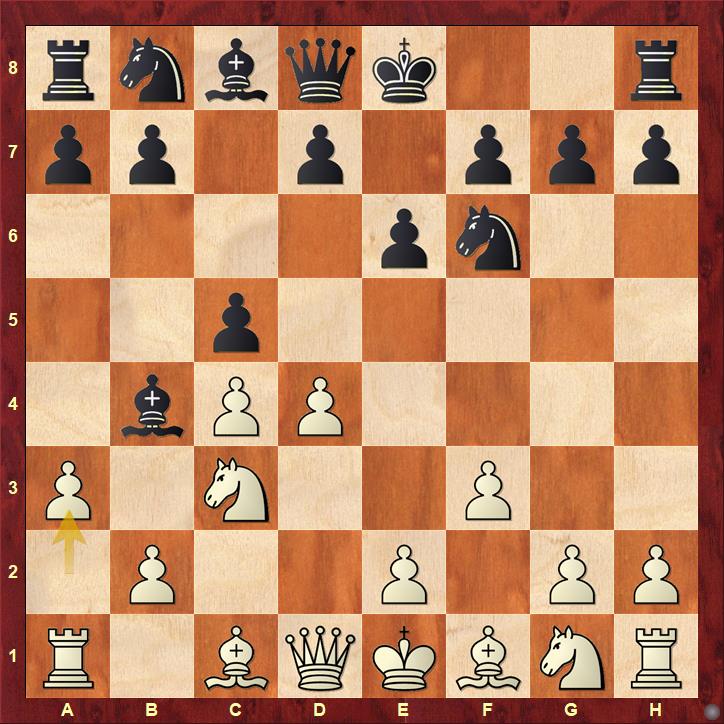 This is a strange move to reach the Saemisch Attack.
According to Marin, this is not the optimal move order for White and Black has a good play after the natural 5…Bxc3 6.bxc3 d6 followed by the typical idea: Nc6, b6, Na5, Ba6, Qd7 with the attack of the "c4" pawn. 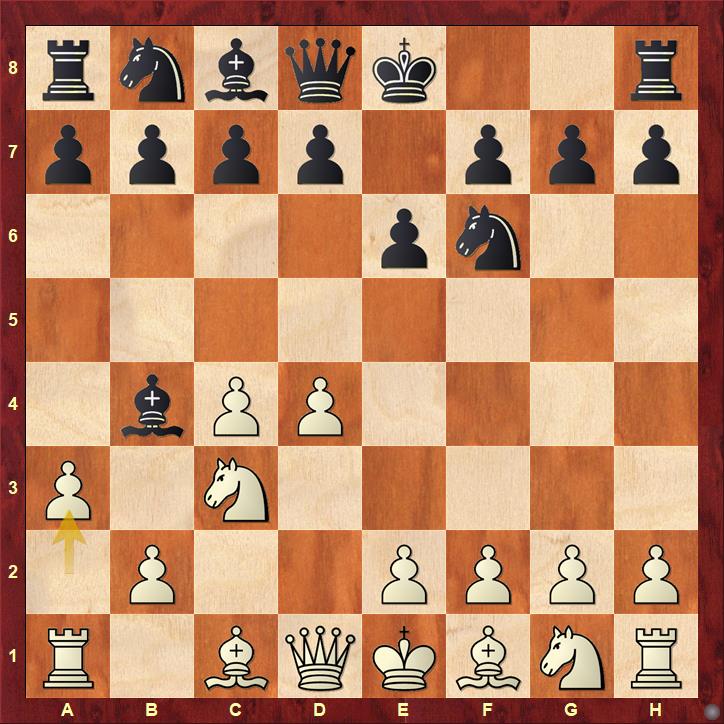 The Saemisch Attack is the most straightforward attempt to question the viability of Black's opening. White builds a massive pawn center, intending to launch a kingside attack. The practice has shown that the weakness on c4 and the tempo wasted on the last move offer Black an excellent counterplay. 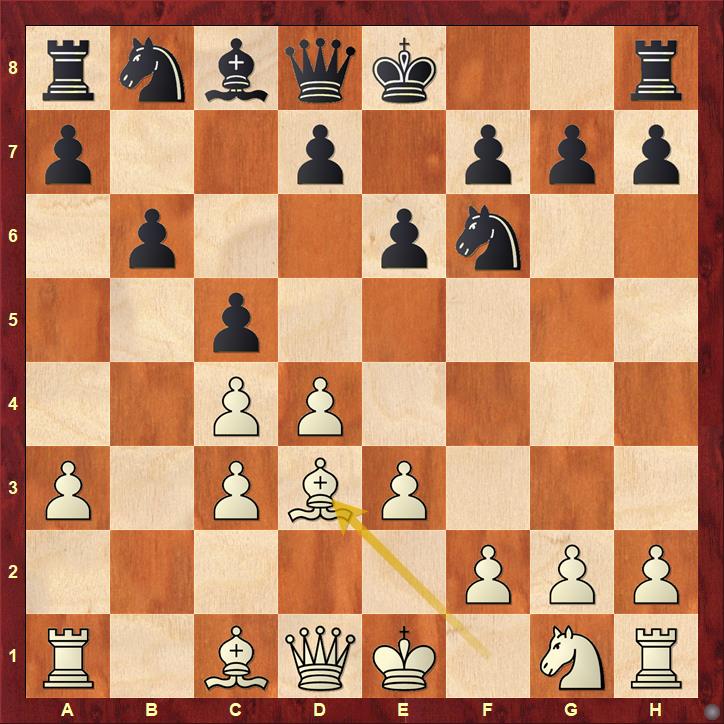 In this position, the author suggests 7…Bb7 and gives the following explanation: "Black has two different move-orders at his disposal (7…Bb7 and 7…Nc6). At first sight, it might seem that the last move implies the loss of a tempo, as the bishop belongs to a6. However, this is not true if we consider that White's main plan is to place his pawns on e4 and f4. With our main move order, he will also have to waste a tempo on f3-f4." 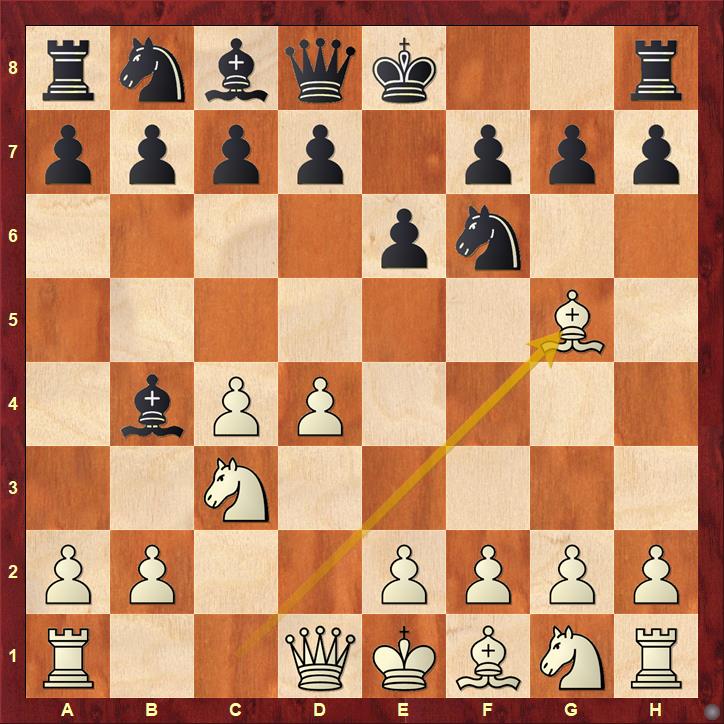 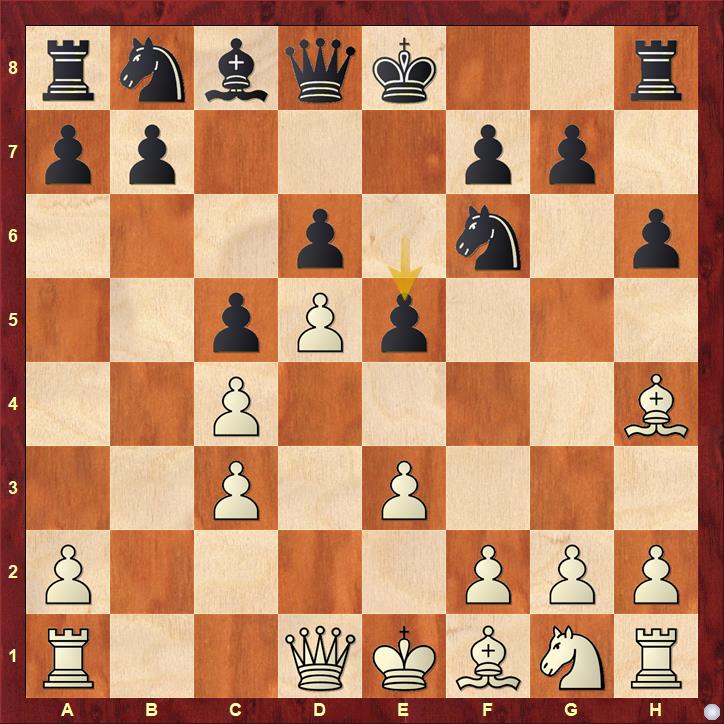 This is an important tabiya of the Leningrad system. White intends to combine the light static queenside pressure (a2-a4-a5, Rb1) with dynamic kingside ideas (f2-f4, or after ...g7-g5, h2-h4, the pressure along the b1-h7 diagonal). However, the practice has shown that Black can regroup at leisure.

Chapter 17 is devoted to the rare moves 9.Nf3 and 9.f3, which do not pose Black any serious problems.

The other main continuations the reader will find in the next two chapters. 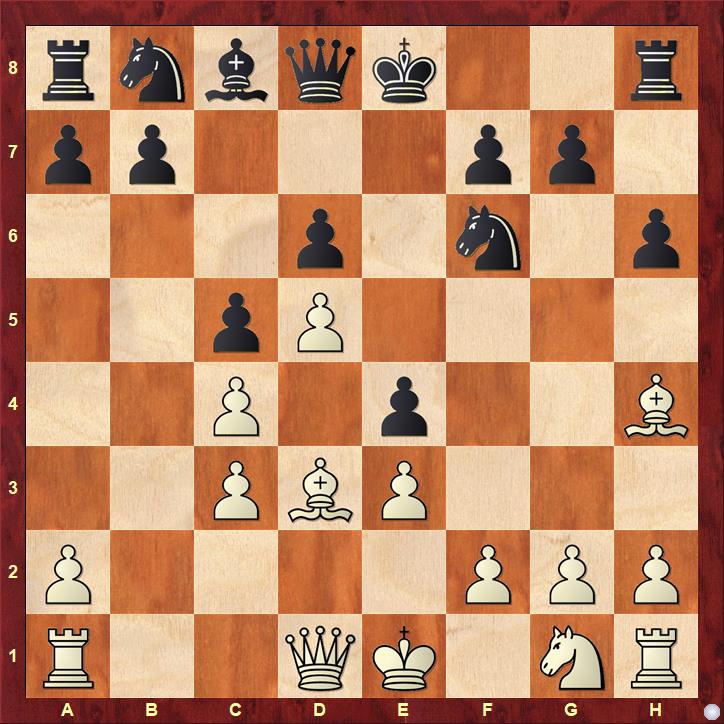 This is far away from one-sided, as it offers more space to the other bishop. However, the main issue is that the light-squared bishop and the knight will be strongly restricted. Besides, Black can transfer his queen's knight to e5 to neutralize the pressure along the h2-b8 diagonal. The only real danger is connected with the possible positional sacrifice Ne2-d4, and if. .. cxd4 then cxd4. However, this works only under certain circumstances, usually if the black king is unsafe. 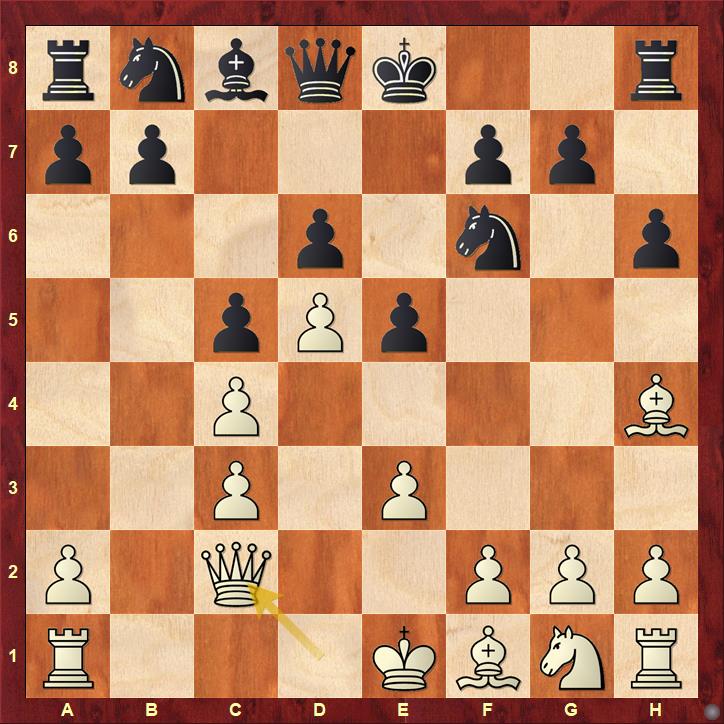 White prepares to play Nf3-d2 without allowing ...Bf5. GM Marin proves that Black's position is very solid and White's activity and bishop pair are enough only to compensate the ruined structure, but not to fight for an advantage.