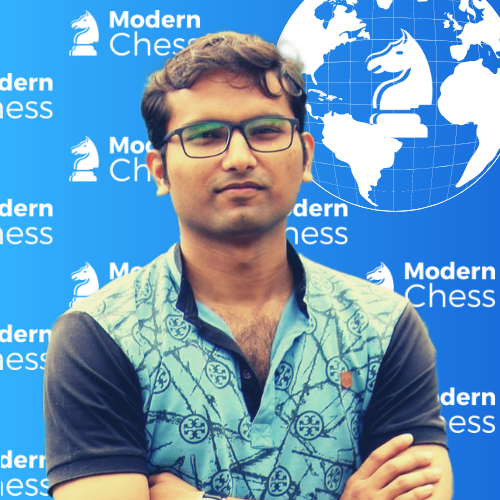 Welcome to the Symmetrical English Repertoire Against 1.c4. 1.c4 has gained a lot of popularity these days. It is catching up with moves like 1.d4 and 1.e4.1.c4 also provides many opportunities to transpose to other openings in 1.d4, for example, the Catalan Defence.

By playing the Symmetrical English starting with 1...c5 in response to 1.c4, we cut many of White's options to transpose to 1.d4 openings. Also, as you will witness, symmetrical English is a solid reply to 1.c4. While writing this repertoire and analyzing the lines in it, one of the author's main intentions was to recommend lines that are relatively fresh and has been tried in a few games rather than suggesting lines that have been played in hundreds and thousands of games and given in many books written on repertoires against the English opening.

By learning some new and rarely played lines, we also carry an element of surprise. Of course, it is not possible to find new lines everywhere, but whenever possible, GM Dhopade made sure he includes some fresh suggestions and recommendations. This Repertoire on the Symmetrical English from the Black side is divided into three main directions. 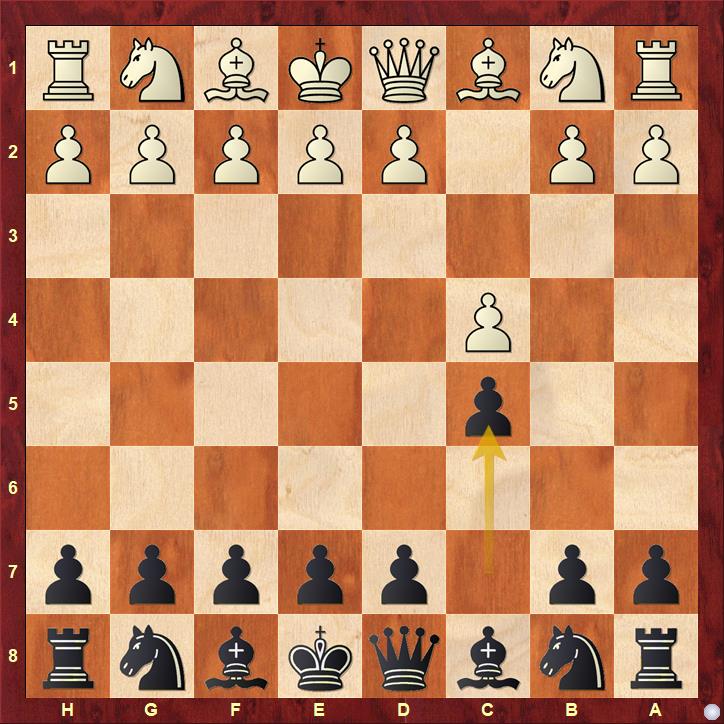 Chapters 1-4  - White develops with Nc3 on the second move, while delaying the development of his Kingside Knight, keeping options open of developing it on e2.

Chapters 4-8 - White Develops his Knight to f3 but delays the d2-d4 break in the center in favor of fianchettoing his Bishop on g2.

Chapters 9-12 - White develops his knight to f3 and immediately breaks in the center with d2-d4.

After every chapter, the author has also mentioned some of the important strategies and pawn structures you should remember. Going through this, you can easily remember the most important moments of the chapter that you just studied! I hope you all enjoy and learn from this repertoire. I strongly believe that this repertoire will serve you for years to come.

With a video running time of 6 hours, 33 strategy reminders, 12 interactive test positions, and an integrated memory trainer, this project gives you a completely new learning experience.

The Memory Booster is our newest functionality. After studying a given chapter, you can immediately challenge your knowledge via the Memory Booster. Our team of grandmasters carefully selects all the training lines incorporated in the memory trainer. In this way, we make sure that you will remember all the must-know key ideas and sequences. 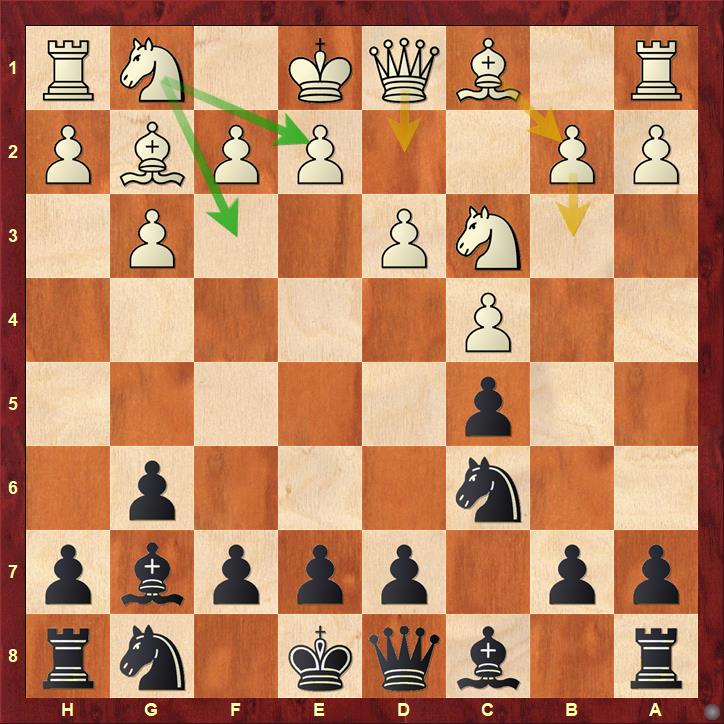 This is the most flexible move for White. He keeps his options open of developing his Knight either on e2 or f3. Another recent idea of this move is to play Qd1-d2 and then fianchetto his Bishop to b2 after b2-b3. GM Dhopade explains how Black should meet all different plans and proves that Black is doing well in this line. 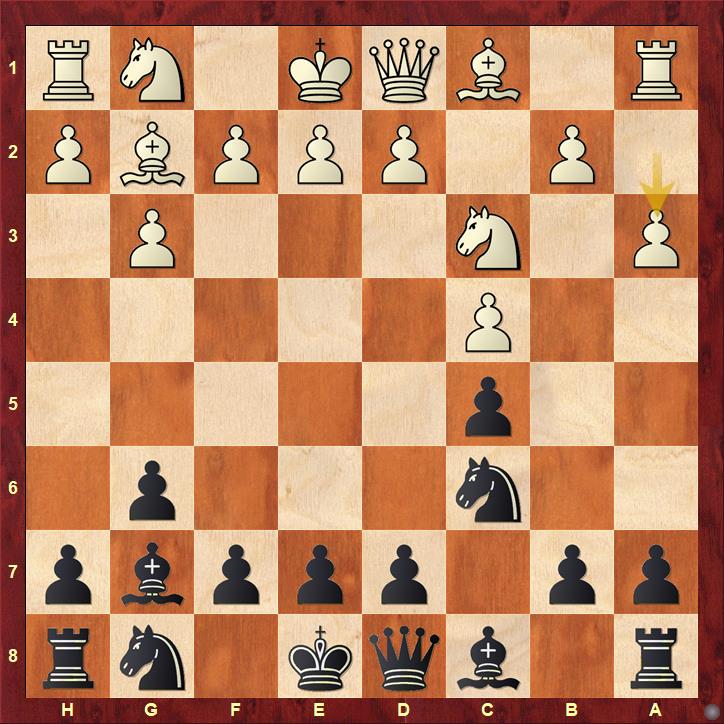 White aims for a quick b4 break in this variation and later decides how to continue his kingside development.

Black has different ways to complete the development, but the Indian GM suggests the most flexible one - 5...e6 followed by Nge7. Black's idea is to counter White's activity on the queenside with an active play in the center by means of d7-d5. 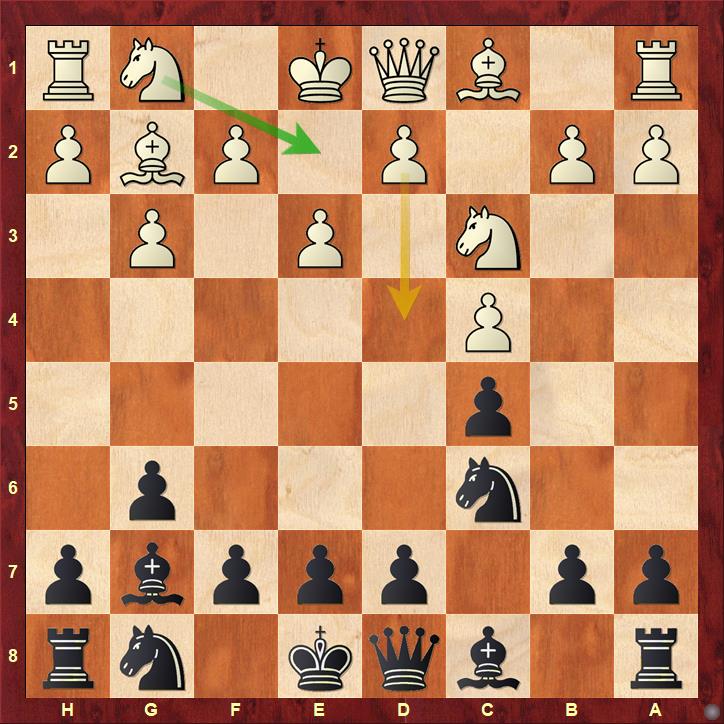 With his last move, White makes it clear that he wants to develop his knight on e2. Another point behind playing e2-e3 is that he can later break in the center with d2-d4. Against this plan, Black should follow the same strategy as in the previous chapter: 5...e6 followed by 6...Nge7 and 7...0-0 followed by d7-d5. Usually, both sides succeed with their plan to push d2-d4 and d7-d5, and we achieve a symmetrical pawn structure with pawns on "d4" and "d5" and open "c" and "d" files. Those positions are quite dry and almost always equal. Recently White tries different move orders to avoid this scenario, but without much success. GM Dhopade analyzes all White's tries carefully and proves that Black has nothing to worry about against the "e3" setup. 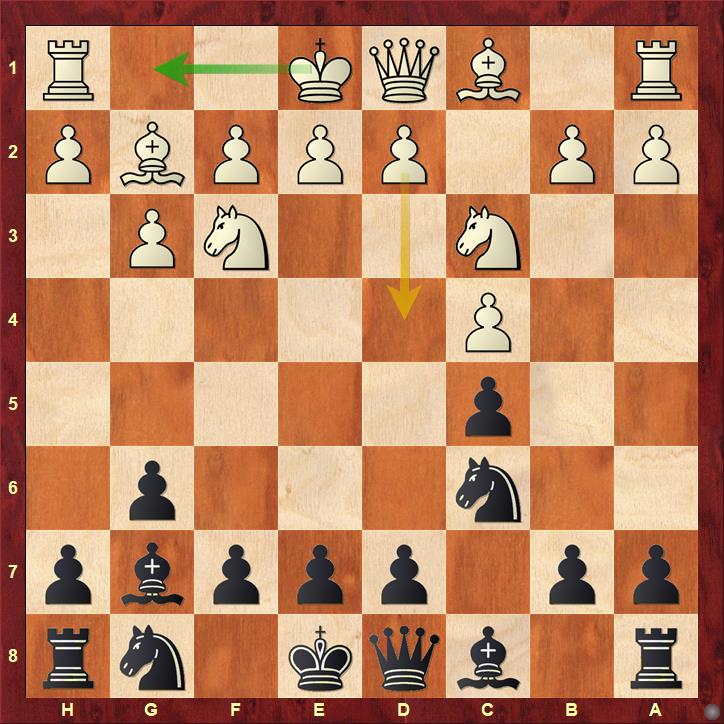 This is the most famous move for White here. White develops the knight and prepares to 0-0. He can then think about whether to go for the d2-d4 break or not. The main line continues 5...Nf6 6.0-0, and here the author suggests a rare setup for Black - 6...Rb8 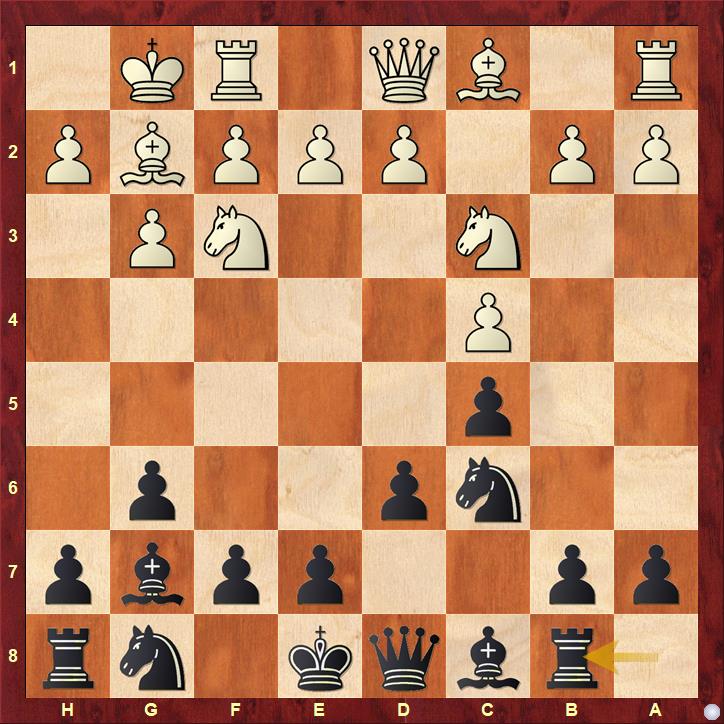 White could choose between different plans here: 7.a3 with the idea Rb1 and b2-b4, 7.d3 followed by slow development and the main move 7.e3 with the idea d2-d4.
Usually, the play in this line is not forced, and understanding the correct plans and maneuvers is more important than learning concrete lines. Dhopade manages to offer us both: in-depth analysis and detailed explanations of the ideas and subtleties. Aiming with them, you shouldn't be worried about meeting the 5.Nf3 setup. 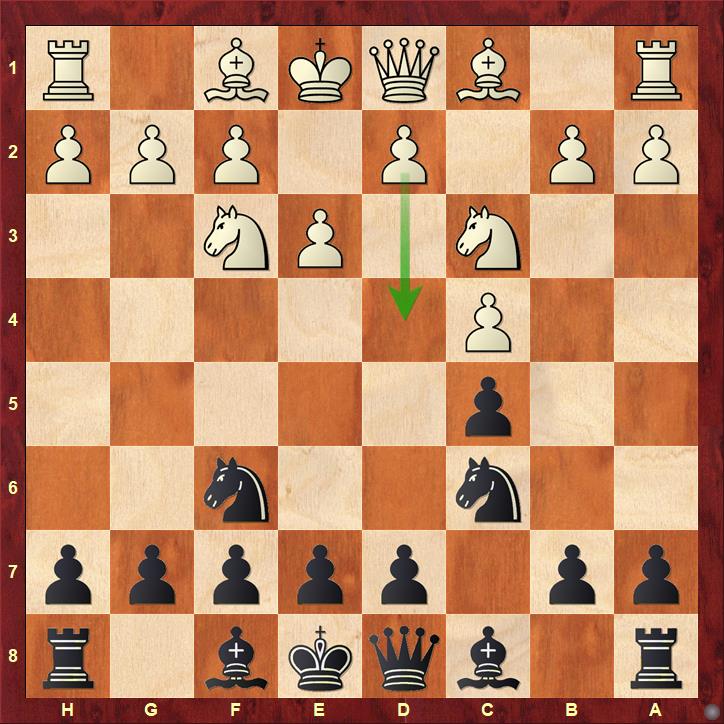 This is considered to be a solid line where White aims for strategic positions rather than fighting to put pressure on Black right from the opening. Most positions arising out of the mainlines after 4.e3 leads to a structure with an isolated pawn either for Black or White. Black should continue 4...e6 this is the main move in this position. Black prepares to advance his d-pawn too. After 5.d4 d5 we reach the first crossroad, White should choose between the tricky 6.a3 or 6.cxd5 cxd5 7.Bb5. The arising IQP positions are balanced but rich for both sides. Again the understanding of the nuances is crucial for the outcome of the game. The Indian GM did a great job explaining all the details in great depth. 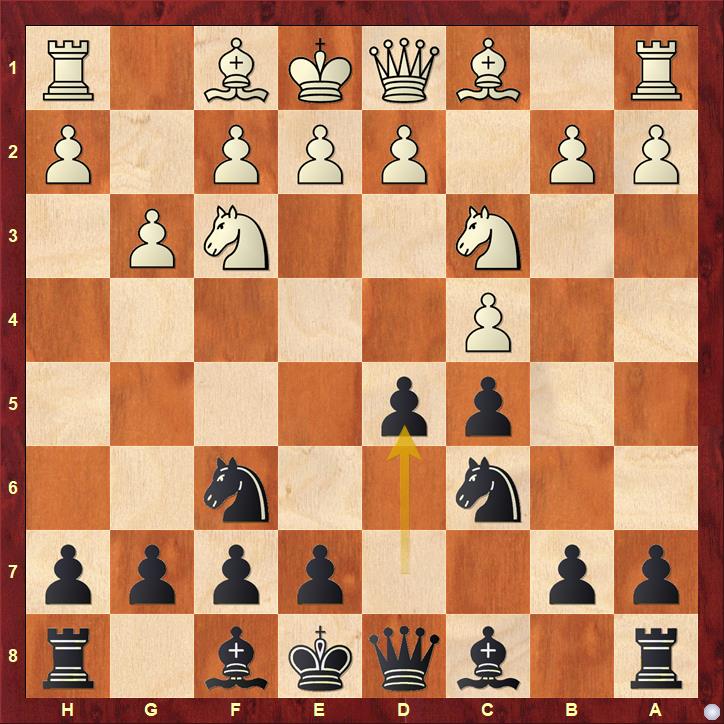 The most straightforward continuation for Black. White has a choice between 5.cxd5 Nxd5 and the immediate 5.d4.
The 5.d4 is an interesting way to increase the tension in the centre, just like in the Grunfeld style! Black should continue 5...cxd4 6.Nxd4 dxc4 7.Nxc6 Qxd1 8.Nxd1 bxc6 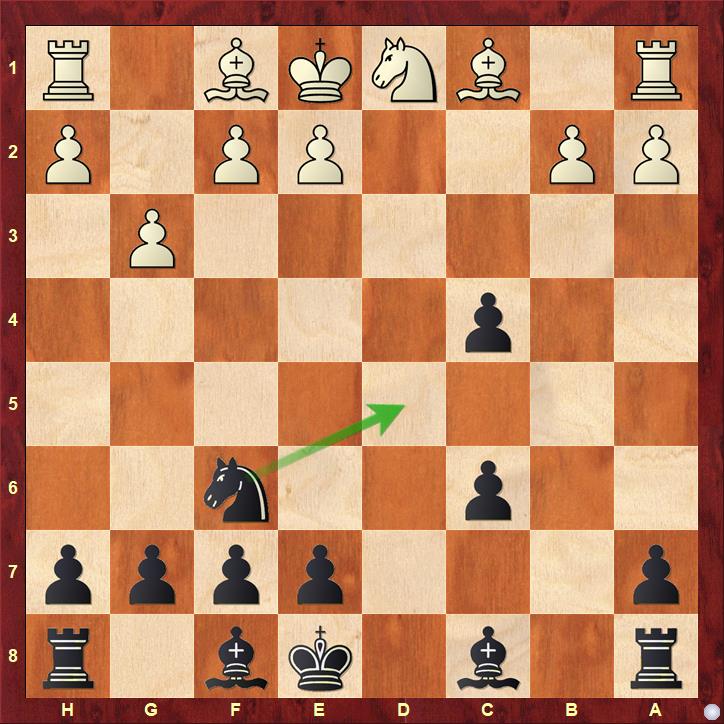 The consequence of pawn exchanges in the centre has resulted in Black being a pawn up and having a weak pawn structure on the Queenside. The doubled pawns on the c-file are a target for the White pieces. The good thing for Black is that he can create some pressure down the b-file, and his Knight has a stable place on the d5-square. Whenever Black plays ...Nd5, it is difficult for White to kick the Knight with e2-e4 because it will block the diagonal of his own Bishop on g2. 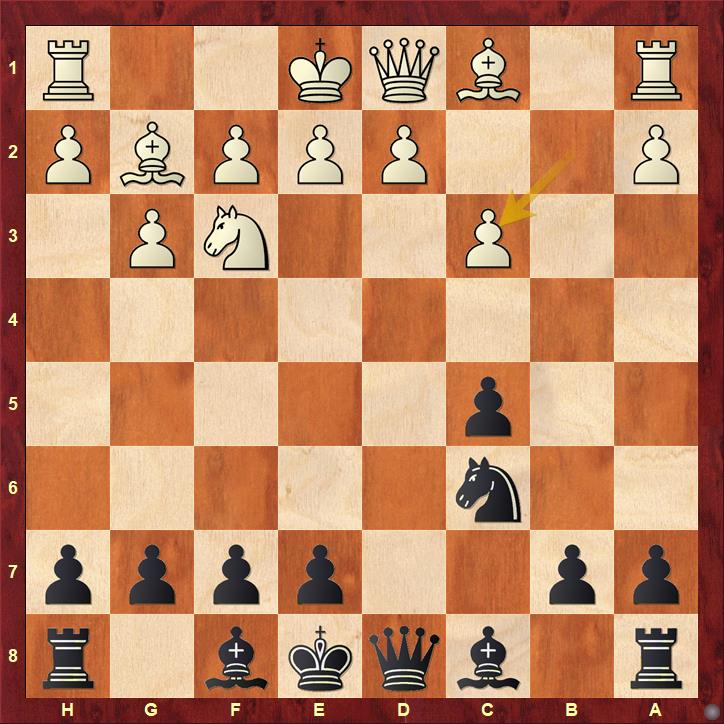 By playing, e5 Black establishes some authority in the center and takes control of the d4 square while preventing White from playing d2-d4. Now Black's idea is to develop his dark square Bishop and then 0-0.

In both lines, according to the current theory, Black is doing very well. 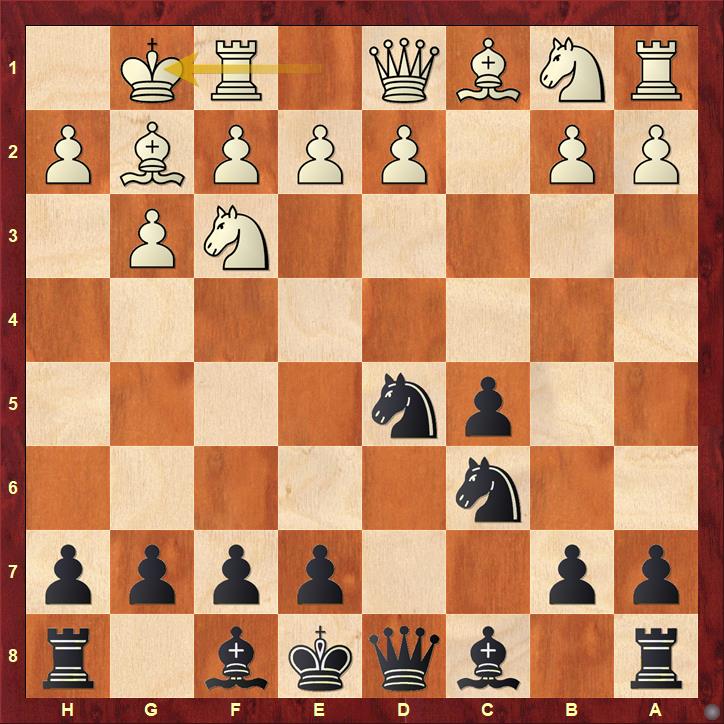 White prefers to 0-0 first before playing Nb1-c3. This strategy does not create any pressure on the d5 knight, and play is free to play 6...e5 gaining further control in the centre, especially the d4 square. After 7.Nc3 threatens to win a pawn with Nxe5, Black should continue with 7...Be6 developing the Bishop and supporting the d5-Knight. 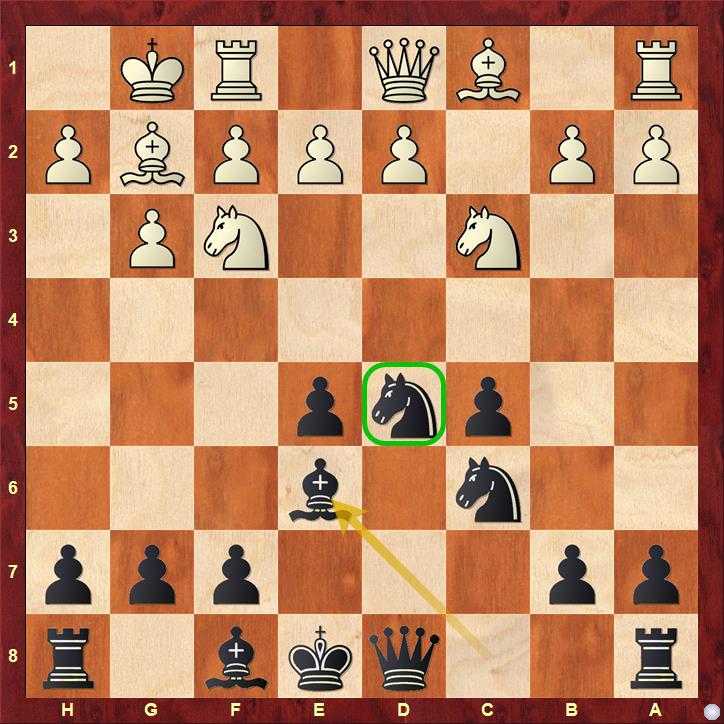 The arising position resembles "The Maroczy Bind" with reversed colors. Here White tried: 8.d3, 8.e3, or 8.Ng5, but even with an extra tempo, neither of those moves is enough for an advantage. 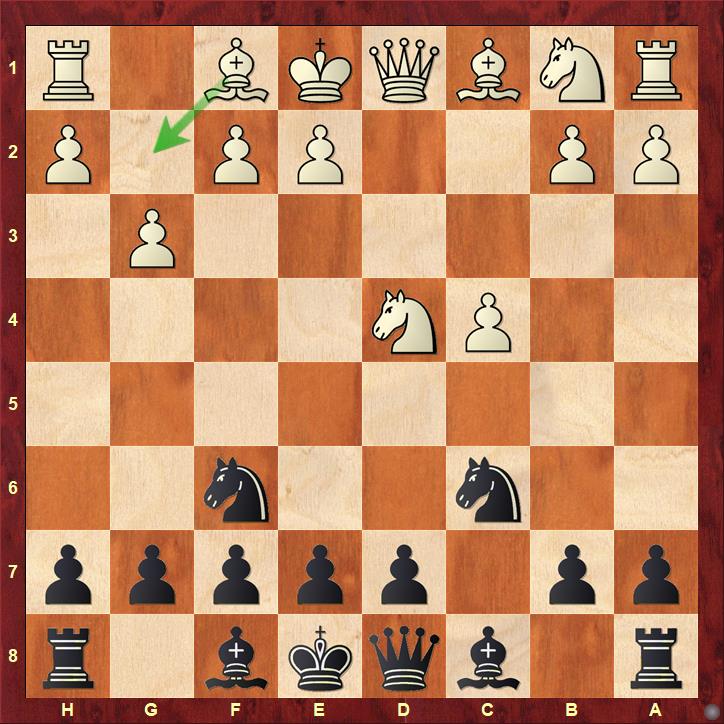 White prefers to fianchetto the Bishop in favor of developing his knight to c3. This results in a lack of control on the d5-square, which Black should exploit urgently, starting with 5...e5 kicking the d4-Knight. One of Black's major ideas in this structure is to break in the centre with ...d5. The main line continues 6.Nb5 White, of course, interferes with Black's plans and intends to play Nd6+ next. Black should continue with 6...Bb4+ 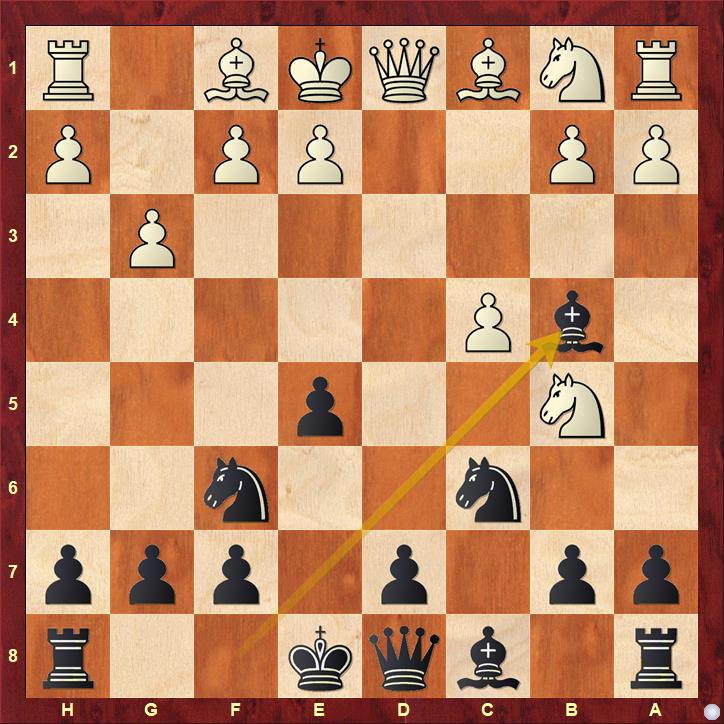 White can choose between 7.N1c3 or 7.Bd2, but Black is doing very well after both. 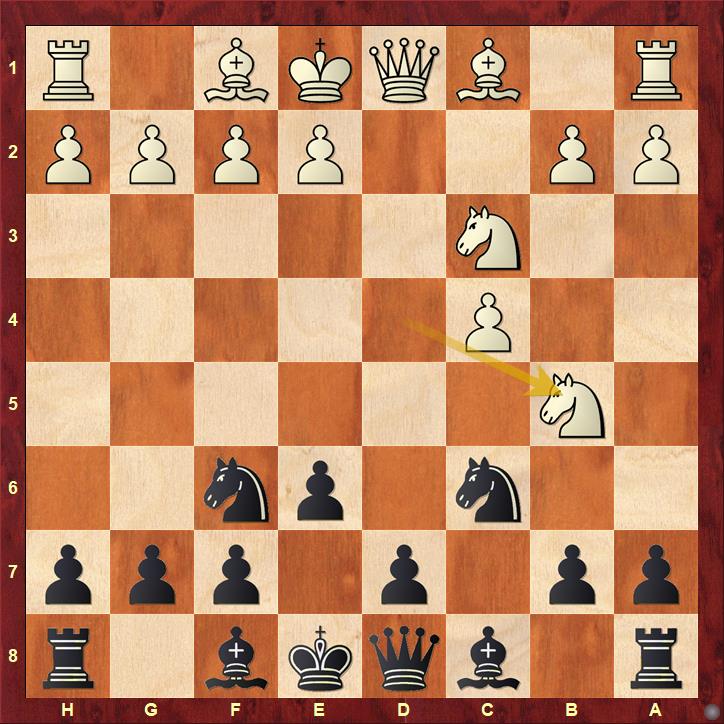 With this knight sortie, White intends to exploit the holes created by Black's previous move 5...e6. 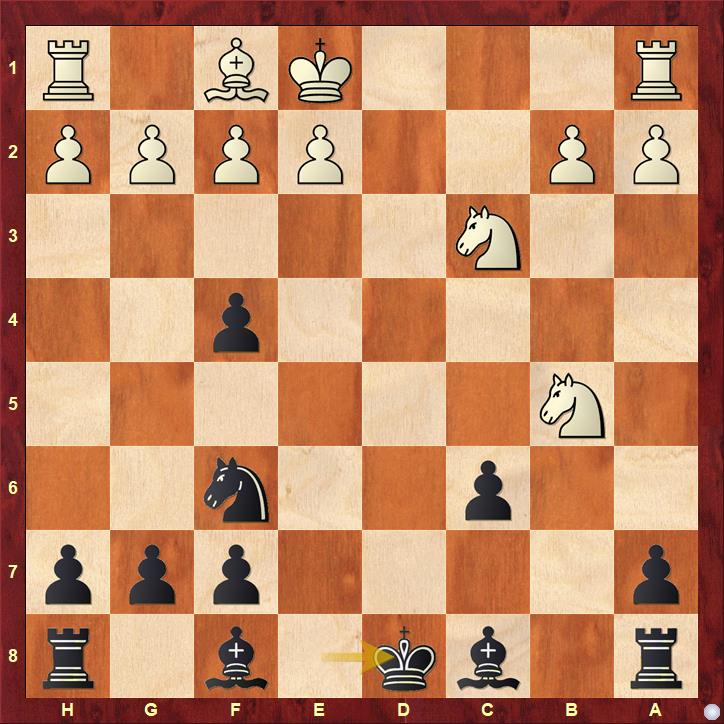 White has managed to spoil Black's pawn structure and also break his castle, but White has fallen behind in development at the same time. Another important point to note is that Black has the Bishop pair, which can be useful in the endgame. Now White is at crossroads. His two main options are 11.Rd1+ and 11.0-0-0+, but GM Dhopade proves that Black is doing fine against both of them. 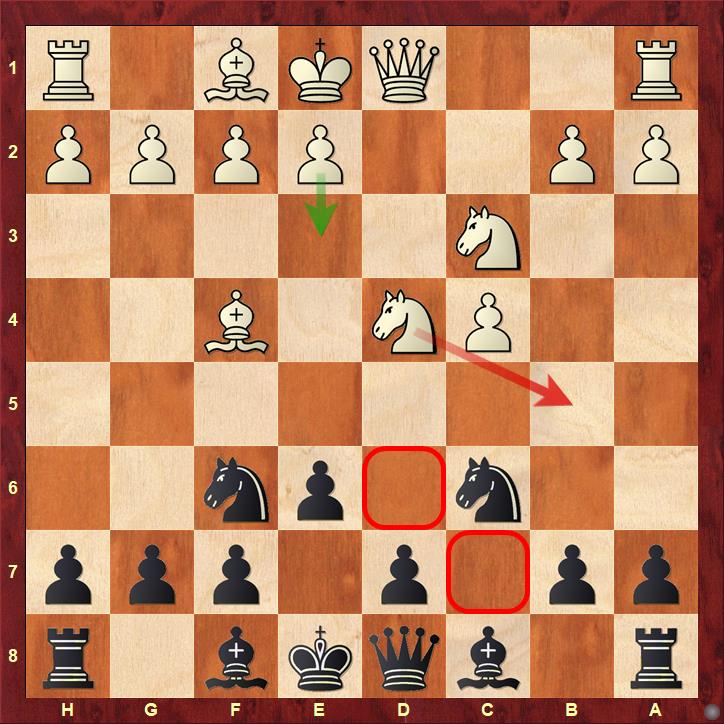 White develops his dark-squared Bishop before playing e2-e3. From f4, the Bishop also eyes weak squares like d6 and c7. For example, White's immediate threat is to play Ndb5 next and exploiting these weak squares. The main line continues 6...d5, where Black can choose between 7.e3, 7.cxd5, and 7.Nb5 (transposing to the previous chapter)
Although this line is considered harmless by the theory, the author fully covers all subtleties of the position and concludes that Black has a decent play after 6.Bf4 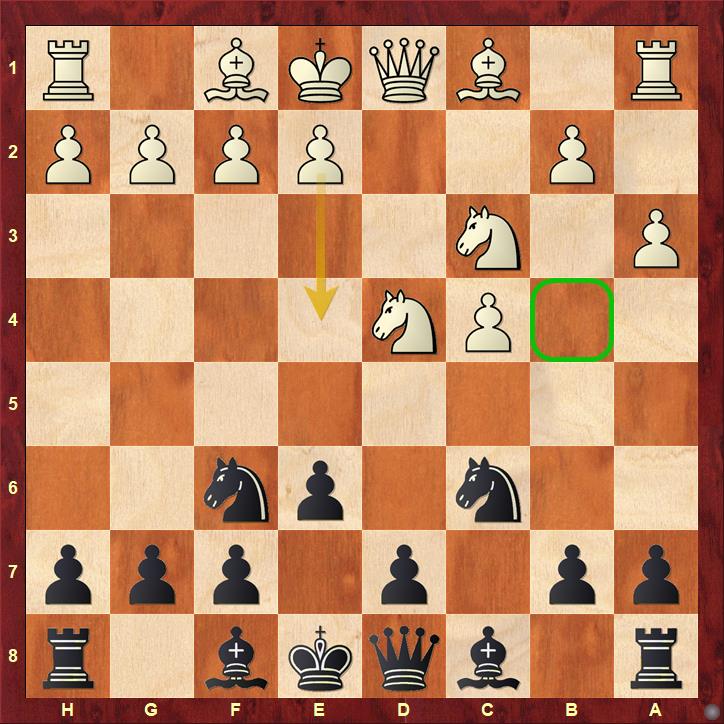 A prophylactic move intending to prevent ...Bb4 so that White can play e2-e4 next without worrying about the pin on the c3-knight. Here the author suggests 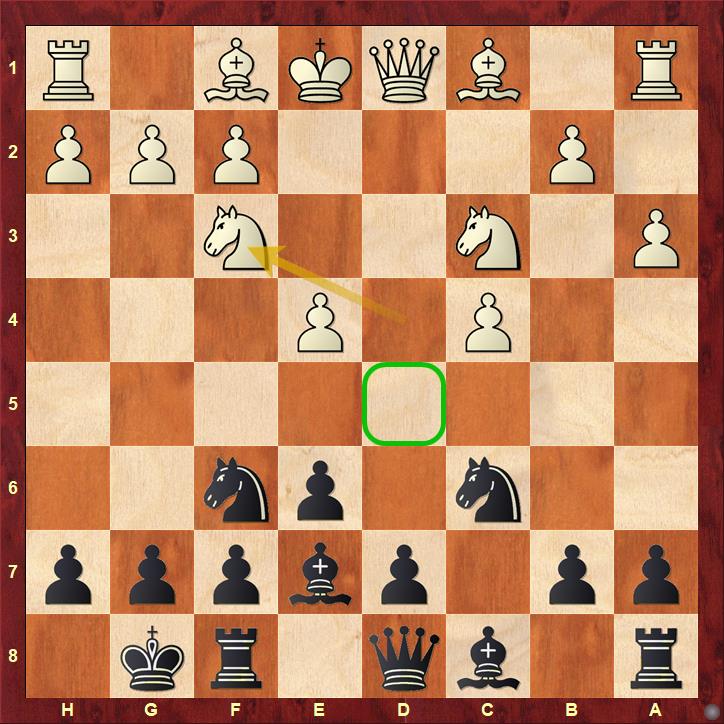 It may seem strange to retreat the knight from d4 when White should be focusing on his development. But the idea behind playing Nd4-f3 is to prevent the ...d5 break. If Black gets the ...d5 break comfortably, he will be able to free his position, and White will lose his space advantage. In this position, the author suggests a rare idea and provides a new and fresh concept for Black. The conclusion is that Black has enough resources to maintain the balance in this line. 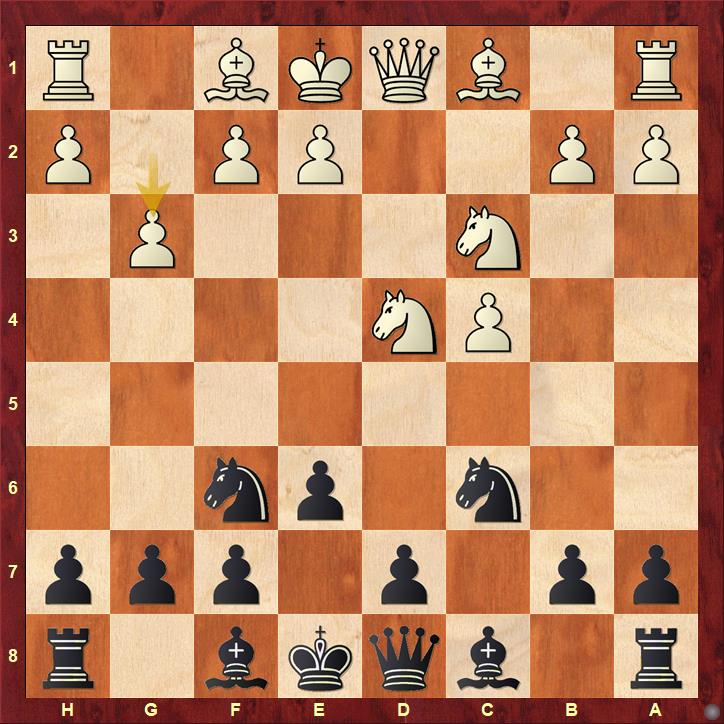 Currently, this is the most serious attempt for White to fight for an advantage in this line. Black continues with 6...Qb6. White should choose between the "old" main line 7.Nb3 or the "modern" 7.Ndb5. The arising positions are extremely complex and sharp. I am not going to enter any more details because the lines are quite long and concrete. Contrary to the previous chapters here, both sides need to be very well prepared and memorize long lines. GM Dhopade provides us with analysts with the highest quality, analyzing all critical lines. He stayed loyal to his writing style, explained all small nuances, and move orders, plans, and ideas. Aiming with the knowledge from this chapter, the reader should be more than confident to enter this line with the Black pieces.

Test Section: At the end of the database, you will find a test section including 12 interactive test positions. Each one of these positions features an important key point to remember.