Generally whatever opening you choose you must develop your pieces as fast as possible, trying also to control the center. Then in the middlegame you try to impose on your opponent the plan you have chosen. And possibly that your pieces become active enough so they dominate the board. To do this one must strive for the initiative. This is the first stage, later you build up on this, creating a domination or direct attack against the king. But from practical players' perspective - it rarely happens for free. Your opponent is also alert and also has a reasonable plan. He wants to be active himself or exchange your good pieces. So in order to win the tempos needed to take the initiative quite often one must make some concessions - either positional or material. Of course every player has to evaluate what is more important. But generally I must tell you that every top player jumps on the opportunity to take the initiative at the first possible moment! As you will see from the games such opportunity comes after 1–2 slow, somewhat aimless moves from the opponent, awkward piece placement, just a temporary weakness - and one must be ready to exploit that! Also there are some types of positions - with kings in the center or castled at the opposite sides, dynamic, with a lot of tension and tactics. In these the initiative is more important than anything. We are going to start with the fight for the initiative right from the opening.

Rare but interesting line in Trompovsky

Of course, there are many openings where one side (usually White) sacrifices material for initiative and fast development. But I think this is a good example for our theme, as both Black and White are a pawn up at a certain moment and give it back almost immediately. The initiative is more important!

It might look as a theoretical article and someone may use the variation (it is definitely good), but I think it is also a great example of logic in chess. Multiple transformations between material and development advantage happen so often in games, not only in the opening. Unfortunately even the most enterprising chess sometimes ends in just an equal ending.

Now we are going to see how the legendary Hungarian grandmaster Lajos Portisch (see on the picture below) is fighting for the initiative. 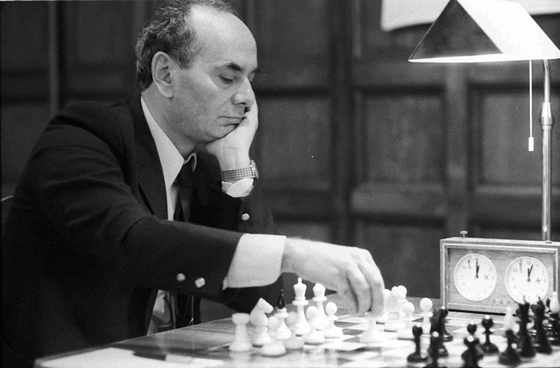 In the end, we are going to examine a relatively fresh game played by extremely talanted Cuban GM Lazaro Bruzon: