One of the things that impress me (and probably other players and commentators, too) in Carlsen's play when in top form is his apparent invulnerability. No matter how much time his strongest opponents dedicate to preparation against him, no matter how dangerous (or simply bad) his positions look at times, the reigning World Champion proves the ability to hold his own, like a cats' reflex to fall on its feet. One reason for this is Carlsen's strong sense of danger, which often leads to unexpected or apparently modest moves, parrying the threats or anticipating the dangers before they even become real. In short, I refer to his "prophylactic moves" which will be the main theme of the present database. More than once I have expressed my doubt about whether Carlsen calculated all the details concretely or mainly relied on intuition. If I had to indicate the most probable possibility, I would usually choose the latter. King moves seem to be the most frequent of this kind in his games, and I believe that the following classical example offers an illustrative thread to the games below. 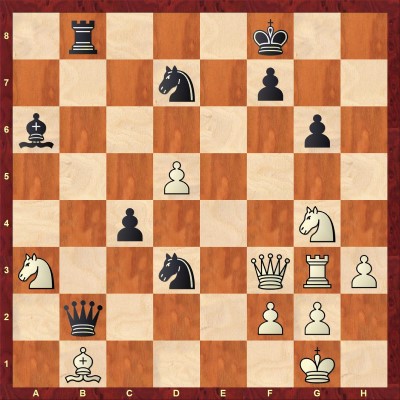 This position was reached in the game Kasparov, G - Karpov, A during their World Championship match in 1986.

Kasparov writes that around this moment Karpov looked very confident. It is not obvious how White could create threats. In the meantime, the a3-knight is trapped.

In this position, Kasparov went for the powerful prophylactic move 31.Kh2!!

As it becomes clear from the annotations below, this was the move which won the game.

The king's move to h2 is even more eloquent if preceded by h2-h3. In the first game from this selection, Carlsen played them in a moment when he was supposed to look for an active way to prove the correctness of the two pawns' sacrifice. 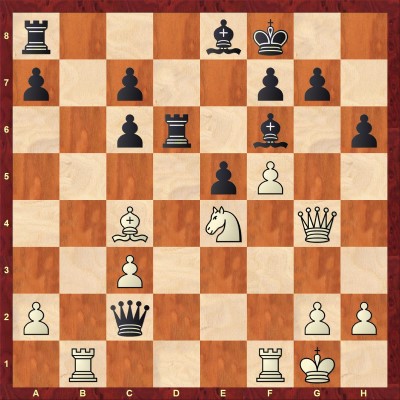 On the diagram, we have the position from the game Magnus Carlsen - David Howell, London 2011.

Having reached a maximal piece activity but no obvious concrete plan yet, Carlsen prepares the king's evacuation from the back rank. Without knowing anything in advance, it is likely that in some cases Black's possible counterplay based on, say, ...Rd1 will fail by one tempo after White's rook lifts. It should also be mentioned that even though they do not change much at this concrete moment, this and the next move cannot be considered losses of time, as Black will complete his optimal regrouping with his next move, without any possibility to make further progress. This way of "attacking" when being two pawns down is typical for positions where the opponent does not have any counterplay.

Below, you can take a look at the entire game.

In this database, you will find 10 extensively annotated games. All the games feature Carlsen's deep prophylactic thinking. Besides Carlsen's spectacular moves with the king, the material features a variety of different prophylactic ideas.

As usual, in the test section, you will find 30 interactive test positions which are taken from the practice of Magnus Carlsen. Below, you will find 5 of them.