In Part 1 of his Sicilian repertoire, IM Ogulcan Kanmazalp was dealing with the position arising after the moves 1.e4 c5 2.Nf3 d6 3.d4 cxd4 4.Nxd4 Nf6 5.Nc3 Nc6 6.Bg5. Despite the fact that 6.Bg5 is by far the most critical continuation, White has decent alternatives. These alternatives are the topic of the current database. 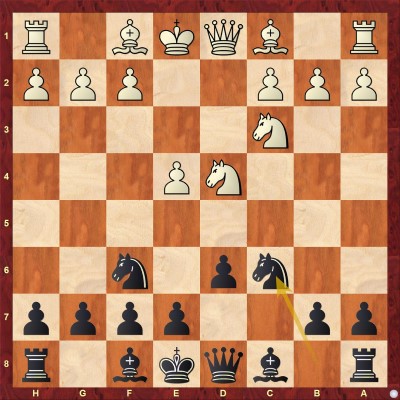 With the exception of 6.Bc4, these moves are more positional and less critical than 6.Bg5. In the arising positions, the knowledge of the typical plans and ideas is much more important than the memorization of concrete lines. The move 6.Bc4 is considerably sharper and requires a more concrete approach.

As in the first database, IM Kanmazalp comes up with new ideas in all the lines.

The survey consists of 12 theoretical chapters and 24 interactive test positions. 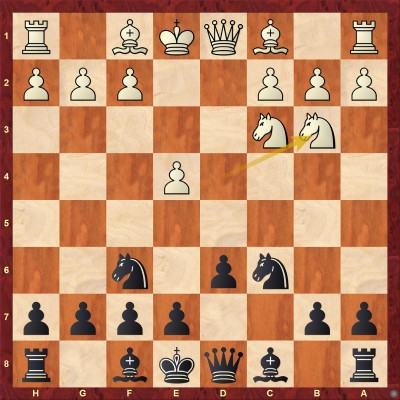 This move is not so popular, but one shouldn't underestimate it. After all, it's been employed by strong players like Movsesian and Kovalenko.

Such an approach is more sensible against the Najdorf Variation since ...a7-a6 is less useful than ...Nc6 which gives Black a better control of the centre. At this point, Kanmazap analyzes two lines which are 6...e5 and 6...e6. Either of them provides good positions for Black. 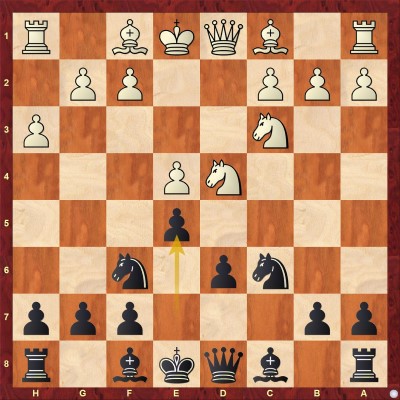 Also, when it comes to 6.h3, the comparison with the Najdorf comes to mind rather naturally. Once again, it is important to point out that in these positions, the move ...Nc6 is more useful than ...a7-a6. That is why Black can successfully fight for the d5-square.

At this point, White has two main options - the positional 7.Nf3 and the aggressive 7.Nde2. The moves 7.Nxc6 and 7.Nb3 are not challenging at all.

7.Nxc6 is just bad as it helps Black strengthen the center. On the other hand, 7.Nb3 allows the thematic 7...Be6 followed by ...d6-d5 with a very comfortable position.

At the point, 7...Be6?! can be answered with 8.Bc4. Before start fighting for the d5-square, Black should complete the development with 7...Be7.

In this position, the author analyzes to continuations - 8.Bg5 and 8.Bc4. In his annotations, Kanmazalp proves that Black can easily neutralize the weak d5-square. In some positions, he can even overtake the initiative.

This chapter is dedicated to the more ambitious 7.Nde2. 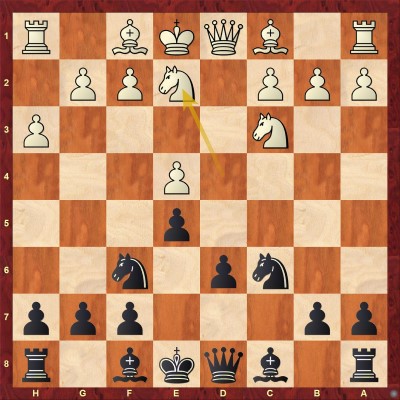 If given the necessary time, White can expand on the kingside by means of g2-g3 followed by Bg2 and Ng3. Black, however, can prepare his counterplay with 7...Be6, planning to strike with ...d6-d5.

At this height, the author deals with 5 options for White - 8.g3, 8.g4, 8.Be3, 8.Bg5, and 8.f4. With a precise play, Black is perfectly fine in all the lines. Arising positions provide good dynamic possibilities. Armed with the analysis of IM Kanmazalp, you can easily play for a win in these lines.

After 6...e5, White's main continuation is 7.Nf3. This move is dealt with in the next chapter.

Chapter 4 covers all the sidelines. The main position of the chapter arises after 7.Nxc6 bxc6 8.fxe5 Ng4! 9.fxe5 Nxe5. 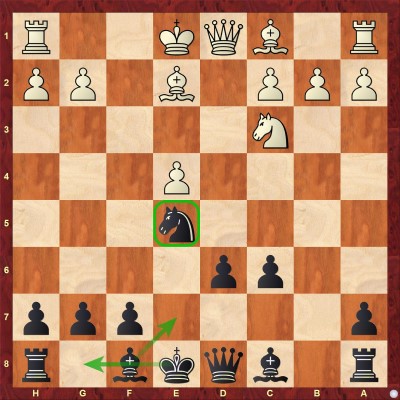 The knight on e5 is very good. Black is ready to complete his development by playing ...Be7 and ...0-0. He is already slightly better. 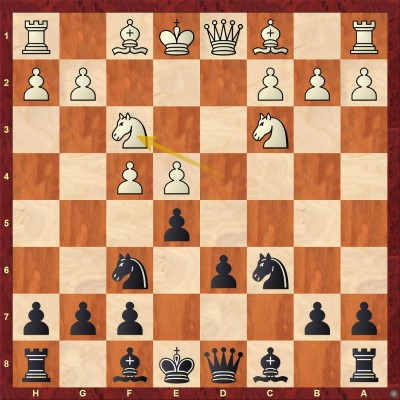 In this line, White is trying to use his active pieces in order to put pressure on the kingside. On the other hand, the early f2-f4 is a concession. That is why very often Black's counterplay is based on the weakness of the diagonal a7-g1.

Sometimes, arising positions are very sharp. Therefore, concrete knowledge is often required. After the normal 7...Be7, the author analyzes 4 options for White - 8.Qe2, 8.f5, 8.Bd3, and 8.Bc4. None of these options manages to pose problems. In many of the positions, Kanmazalp suggests new and unexplored moves which give Black the chance even to fight for an advantage. 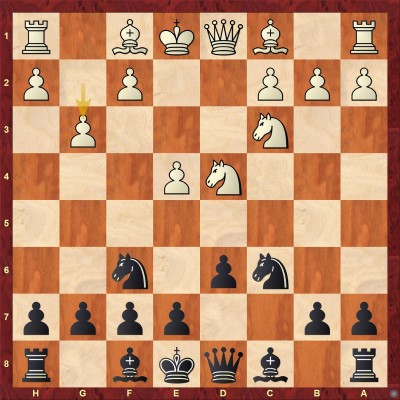 This is another universal approach to fight against the Sicilian. Before start gaining space on the kingside, White wants to take the d5-square under control.

True to the logic of his repertoire, Kanmazalp proposes 6...e5 even here. 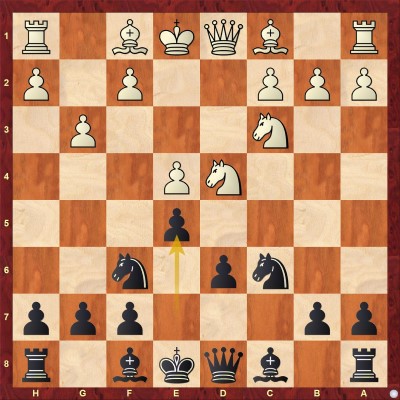 This f2-f3 and Be3 set-up in the Sicilian is called the English Attack. It is quite popular in the Najdorf, but against the Rauzer it is not so dangerous for Black: Compared to the Najdorf, Black has a knight on c6 instead of a pawn on ...a6, which is an improvement. 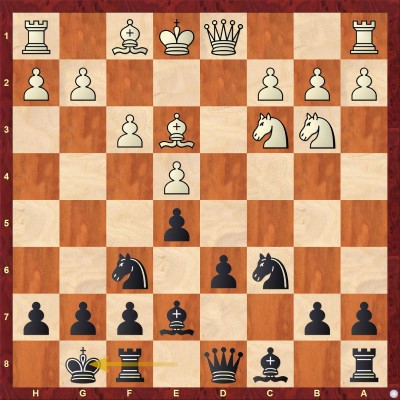 This is Black's most popular best move order. Less precise is 8...Be6 due to 9.Nd5 when in order to remove the knight on d5, Black needs to part with the bishop pair.

In the diagram position, White's main move is 9.Qd2 (the alternatives are also covered). Black should answer with 9...a5! 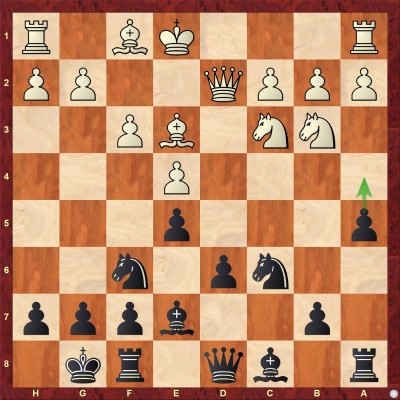 A typical idea. Black starts his counterplay on the queenside. The threat is ...a4, intending to disturb the knight on b3, while after 10.a4 the c6-knight would get an excellent spot on b4. Further analysis prove that Black is perfectly fine in this line. 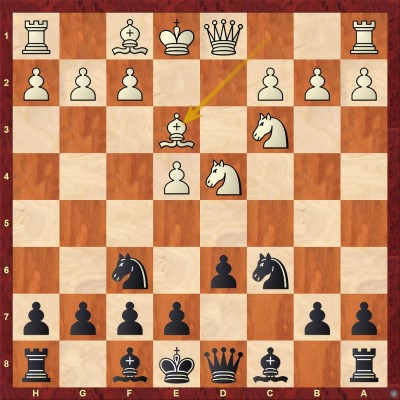 This is an interesting option which requires some precise knowledge from Black. At this point, Kanmazalp advocates 6...Ng4, creating the strong positional threat of ...Nxe3.

In this position, the author deals with 4 moves - 7.Qd2?!, 7.Bc1?!, 7.Bg5, and 7.Bb5. Of course, the last two options require special attention. The move 7.Bg5 is designed to provoke some weaknesses on the kingside while 7.Bb5 accepts a worse pawn structure but creates some dynamic possibilities. In his notes, the author demonstrates that with a precise play Black is doing perfectly fine in both cases. 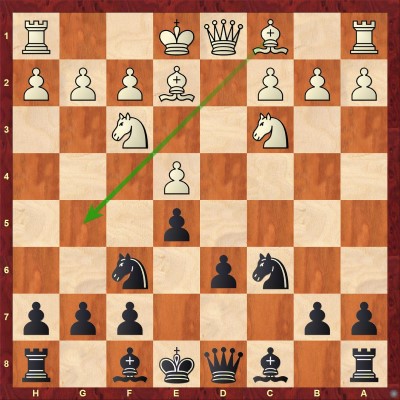 This is the second most popular move in the position. White wants to continue with Bg5 and control the d5-square. That is why Black's most logical reply is 7...h6.

The first important crossroads arises after 8.0-0 Be7. 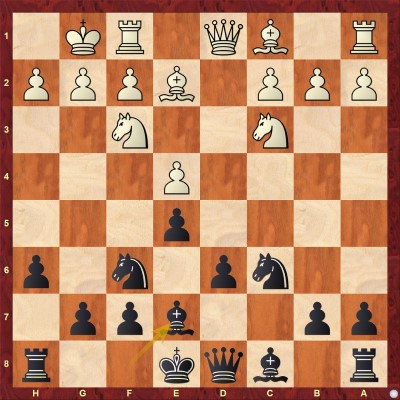 In this position, the author deals with the moves 9.Be3, 9.b3, and 9.Re1. In this line, the battle is purely positional. Practice shows that Black's queenside play compensates the weakness of the d5-square. In his analysis, IM Kanmazalp shows different ideas and plans for both sides. In many positions, he also suggests new ideas. 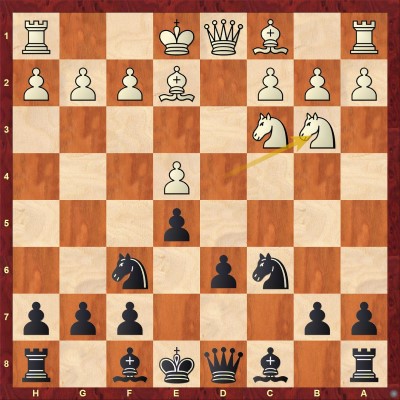 This is the main move in the position. By putting the knight on b3, White keeps the option of playing f2-f4 open. On the other hand, sometimes, b3-knight is problematic. In a number of positions, Black goes for ...a7-a5-a4. 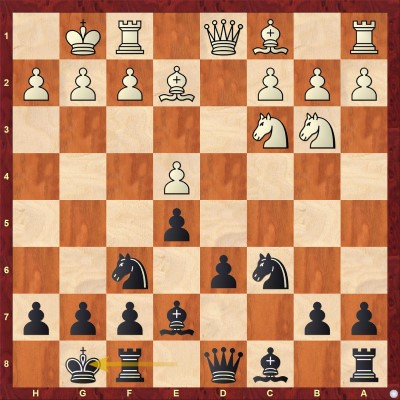 This is the main position of this variation. White has a few options but none of them are enough for an advantage. Generally speaking, in response to 9.Be3, Black is advised to play 9...Be6, preparing ...d6-d5. If White plays something else on move 9, then 9...a5 is a very serious option.

After 6.Bg5, 6.Bc4 is White's most serious weapon. Usually, this move is combined with 0-0-0 followed by an attack on the kingside. In Chapter 11, however, the author deals with the plans which are based on 0-0.

For practical reasons, the analysis starts with 7.0-0 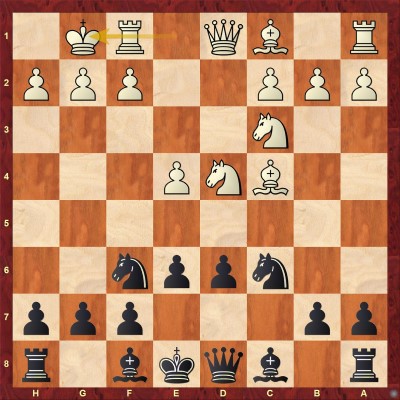 In reality, however, different transpositions are possible. For example, White can go for 0-0 after moves like 7.Bb3 and 7.Be3. In such a case, there would be a transposition to the lines which are dealt with in this chapter.

The most important position of the variation is being reached after 7...a6. 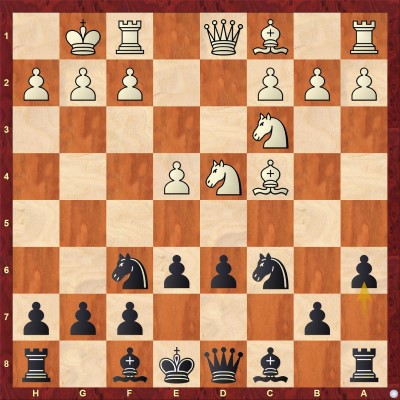 Obviously, the last two options deserve serious attention. True to his approach, the author goes for relatively rare continuations and analyzes them in a great detail. In his analysis, he proves that Black manages to solve all the problems in this line.

The plans with 0-0-0 are very dangerous and require serious investigations. 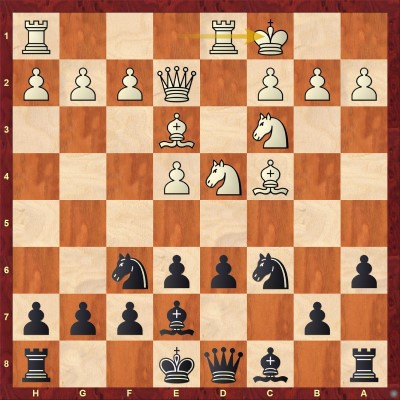 This is the most important position which can be reached via different move orders. At this point, Black usually plays 9...Qc7 or 9...0-0. In the current database, however, Kanmazalp advocates a relatively rare concept - 9...Nxd4 followed by ...b7-b5 on the next move. 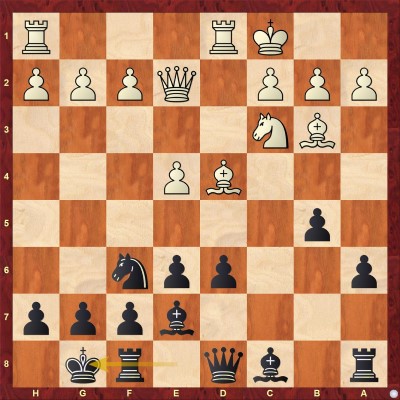 Here is what the author has to say about his opening choice: This move is not widely preferred against the Sozin Attack. I think it is very interesting and gives Black good chances of counterplay. It can be a very good surprise to catch an unprepared opponent. In this position, White has various options and we will look at all of them. The main idea for Black is to push ...b5-b4 to force White playing Na4 and then utilizing the White knight's placement on the rim by playing ...Bd7.

The position is almost unexplored and there is room for improvements. In his notes, the author provides many interesting novelties and new concepts. White struggles to prove an advantage. This line seems to be a perfect weapon when we are playing for a win with Black.

As usual, at the end of the database, you will find a test section. IM Kanmazalp provides 24 interactive test positions which are designed to check your understanding of the theoretical lines. Below, you can find 5 of them.