In the current database, I will be offering you a comprehensive repertoire against the Scotch Opening. After the moves 1.e4 e5 2.Nf3 Nc6 3.d4 exd4 4.Nxd4, I will be proposing the move 4...Bc5 and my goal will be to provide you with sound and intuitive positions. By this, I mean that with some basic knowledge of which pawn structures you should embrace, as well as which ones you should stay away from, along with a general idea of where you should place your pieces, you should be able to achieve satisfactory positions out of the opening. Moreover, if you are a diligent student of the opening, you will also be able to incorporate some forced lines by which you can try to create concrete problems for your opponent very early in the game. 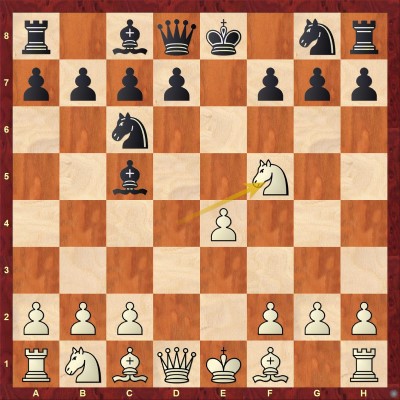 The idea of this move is quite simple, White wants to play the bishop to e3, trade bishops and place the knight on the ideal e3-square. As we have already seen, this is a great spot for the knight. If we compare this to the 5.Be3 & 7.Nc2 line, we can appreciate that White is looking to save himself some tempi (no need to c2-c3). The theory considers this to be one of White's weakest sidelines since the idea seems to fail tactically. However, as we'll see, Black should not overestimate his position.

Black's best reaction is 5...d5! after which the knight on f5 is vulnerable and this doesn't give White enough time to trade the bishops. My analysis shows that the ensuing complications work perfectly for Black. 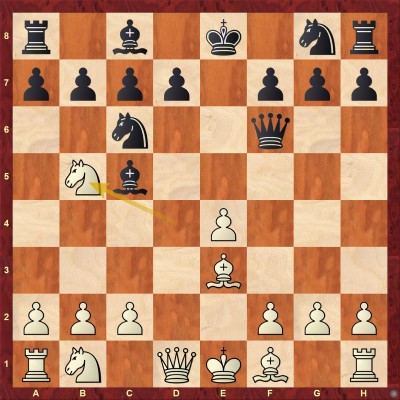 White is trying to put immediate pressure at the price of compromising his pawn structure. My line goes 6...Bxe3 7.fxe3 Qh4 8.g3 Qxe4 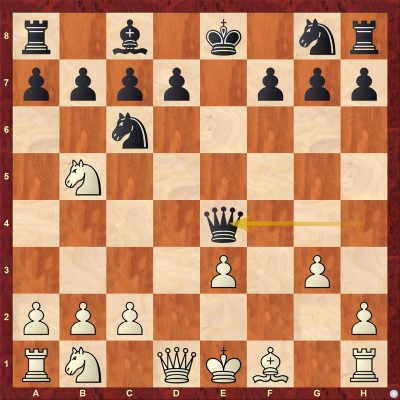 Many years ago (and even recently) I was tempted to play the calmer and positionally conscious 8...Qd8!?. The point is that Black will repel White's initiative and enjoy the much better pawn structure. However, as practice (and most importantly engine analysis) has shown, White's initiative is not so easy to contain! Therefore, Black should charge into the breach! As often occurs, this courage will be amply rewarded as can be seen in the analysis that follows. Black should not shy away from the complications. Each side will be able to capture a rook, but the black queen will have a much easier time escaping from h1 than the white knight from a8. 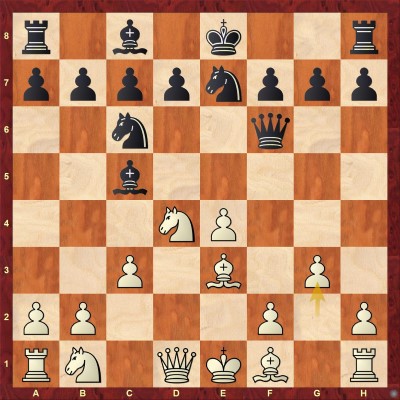 The 7.g3 used to be a very popular choice for positional players that did not necessarily aim for a big advantage in the opening, but rather a nagging clamp on Black's centre (preventing the ...d7-d5 pawn break at all costs). This worked well for a while, but after 7...h5 it seems White cannot ignore Black's play along the h-file and must do something to diffuse it. Whether White plays 8.h3 d5 or 8.h4 d5, this will likely lead to worse versions for him given the weakened kingside. 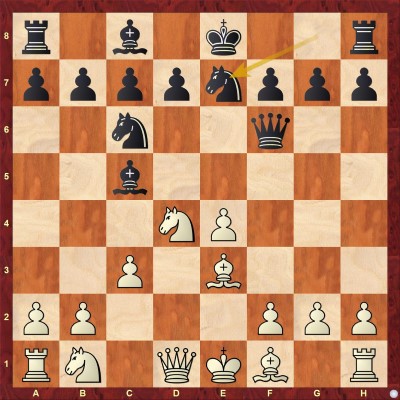 This is one of the most important positions in Scotch. Black's main idea is to break with ...d7-d5 after completing the development. In general, White has two sensible ways of stopping ...d7-d5 - 7.Nc2 and 7.Bc4. These moves are covered in the next two chapters. In the current chapter, I deal with all the sidelines on move 7 - 7.Bb5, Qd2, 7.Qf3, 7.f4, and 7.Be2. Despite the fact that these moves are not very dangerous, Black should be well prepared. Moreover, after studying this chapter, you will witness the power of Black's positional concept. 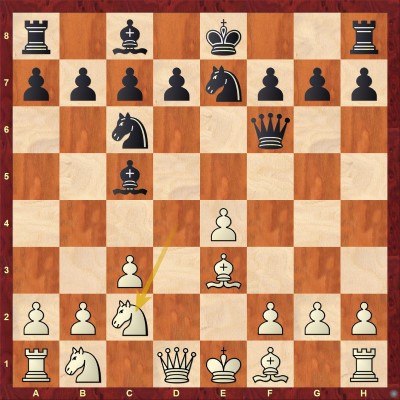 White's unpretentious 7th move has some devilish logic behind it. Just like the 7.g3 line, White is hoping to establish a firm grip on the d5-square, which would make Black's position slightly cramped. Although this is a fine idea, and it is true that White's knight would be ideally placed on e3, there are some tactical hurdles that White simply cannot overcome. Even in the main line that goes 7...Bxe3 8.Nxe3 Qe5 9.Nd2 d5! Black should be able to solve his opening problems. 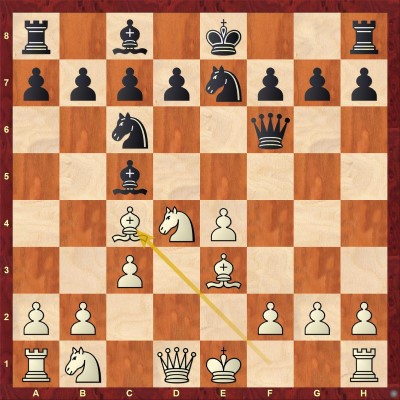 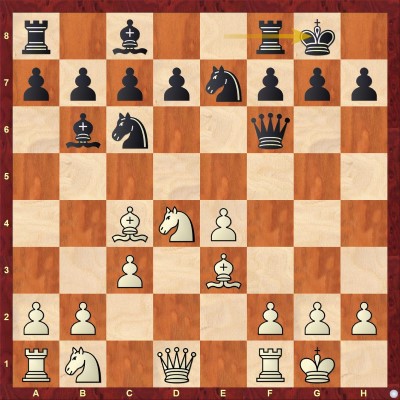 Now that Black has castled he will go about preparing the ...d7-d5 pawn break. White has two ways of creating problems for Black:

In the variations that follow we will see both sides struggle to carry out their respective idea when I believe Black will ultimately have the better claim. 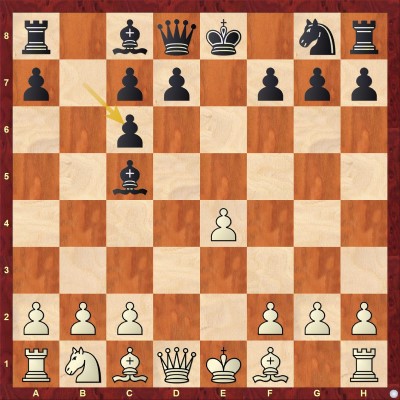 This idea first caught my attention after I saw an article published by Dutch IM Robert Ris. Given how that work was published several years ago, I have since updated Mr.Ris' excellent analysis and expanded upon it. Although this is a far cry from being the main line (as opposed to 5...Qf6), I have noticed a trend in its favour. I believe this is due to the dry endgames Black must often face after 5. ..Qf6 6.Qf3. But with this move order, not only is Black able to avoid this annoying variation but also strive for more active development. Quite often Black is able to develop the queen to h4, which leaves the f6-square available for the knight. By far White's main move is 6.Bd3 (examined in Chapter 8), but I will also discuss some minor alternatives such as 6.Qf3, 6.Bc4, and 6.Nc3. The move 6.Nc3 is particularly challenging and Black should play precisely. Arising positions have high dynamic potential. That's the reason why Black has every chance to outplay his opponent. 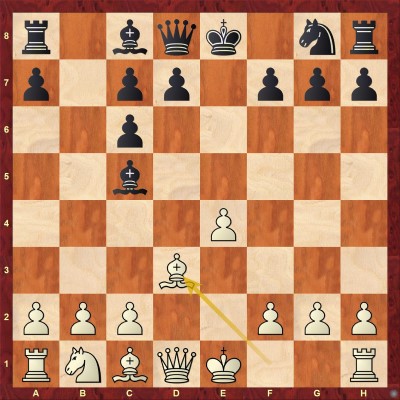 This is by far White's most natural move. By developing his bishop, White covers the important e4-square. Before start fighting for the initiative, he is trying to restrict Black's counterplay. My suggestion here is 6...Qh4. Black's idea is very straightforward - develop a kingside initiative. Later on, he can follow with ...Nf6-g4. After ...d7-d6 or ...d7-d5, the c8-bishop can also participate in the attack. Of course, White can also castle on the queenside. In this case, however, he should reckon with the pressure along the b-file. Arising positions are very dynamic and require a subtle positional understanding. 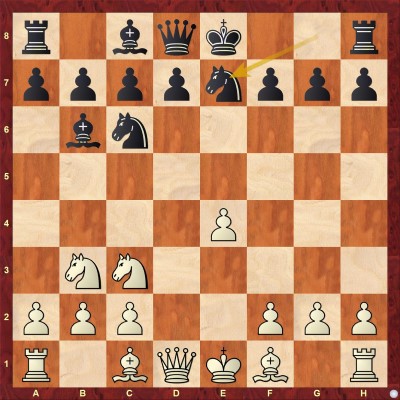 I really like this idea for Black. For one, it steers clear of all the topical theoretical discussions currently taking place in the 6...Nf6 variation, where White has been trying very hard, with the obvious help of computers, to create problems for Black either by means of 7. Bg5 or 7.Qe2. It seems Black is doing fine in both cases, but the road to equality is far from obvious. Therefore, I will recommend this less trodden path. This is a pet line of Kamsky and I have incorporated it into my own repertoire with both colours. Black's idea is still to strike in the centre by means of ...d7-d5, but only after having undermined white's e-pawn by means of ...f7-f5 first.

In this chapter, I cover 7.Bg5. In general, when White plays the bishop to g5 is it with the idea of developing the queen to d2 instead of e2. This has the advantage of not blocking the bishop on f1 while preparing to castle queenside. However, even though this is an interesting try against 6...Nf6, it does not work so well with the knight on e7. Now the pin can be easily broken by means of ...f7-f6. My analysis shows that Black is doing more than OK in the ensuing positions. 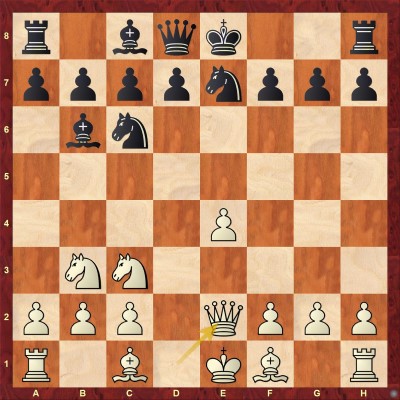 White's idea is fairly simple. He wants to continue with Be3 followed by 0-0-0. Afterwards, White can think of active actions on the kingside. Also, Black cannot easily carry out the thematic ...d7-d5 since White has firm control of the d5-square. 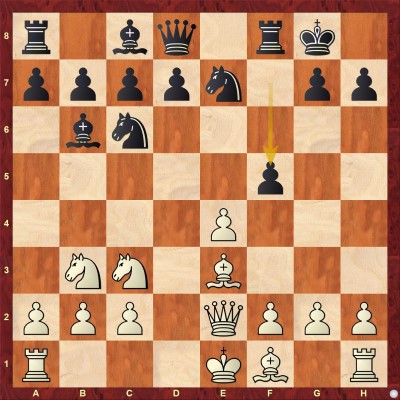 This seems to be the most energetic reaction. After exchanging the e4-pawn, Black can already think of playing ...d7-d5. In this position, I analyze the following moves: 9.Bxb6, 9.0-0-0, 9.f4, and 9.exf5. My firm belief is that I have provided clear solutions to all the problems. As always, the complexity of the arising positions allows Black to play for a win in this line.

At the end of the database, you will find 15 interactive test positions which are designed to improve your understanding of the theory. Below, you can find five of them.