The Art of Exchanges


The Art of Exchanges

When the main goal of our play is to checkmate the opponent's king, one of the main ways to achieve this is to reach a material advantage. Every beginner is taught to count pieces and do not allow obviously disadvantageous exchanges (such as rook for bishop or knight for pawn). And while beginners often continue despite large material imbalances, this is much less often seen among tournament players. Here the fight usually revolves around strategical and tactical ideas. Players strive for situations in which their pieces are superior to their opponents'. One of the most important tools to achieve this goal is the exchange. The famous Soviet author Gennady Nesis has written a few books about the art of exchanges, both in middlegames and endgames. They were popular in their times and can still be useful for players today. Yet if we look at their contents, we will find that exchanges are not categorized by their themes and their goals there. I would like to fill this gap with this database.

In my opinion, it is possible to sort most of the exchanges by ideas and such classification will be instructive and useful.

In the current database, I classify the exchanges in the following way:

2) Exchanges allowing to obtain one of the following positional advantages:

- obtain a bishop pair in an open position

- get an endgame with an isolated pawn in the opponent's camp

Obviously, one of the most well-known exchanges is when we exchange the opponent's bishop that defends a complex of squares not occupied by his/her pawns. After such an exchange, our pieces go to these squares and crush the opponent.

Let's take a look at the following position: 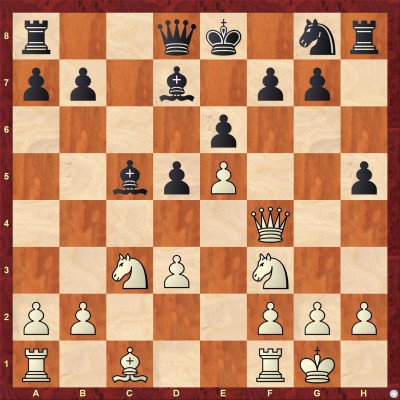 This position was reached in the game Smyslov, V - Lilienthal, A which was played in 1938. What is White's best idea?

The topic "Exchange of pieces that defend important squares/pieces (pawns)" is covered in 8 extensively annotated examples.

In the first chapter dedicated to exchanges, we talked about situations where one player aims to trade off opponents' pieces that defend important squares, pieces or pawns. This type of exchanges is relatively easy to understand and not hard to apply in one's games. In this chapter, I'd like to direct your attention to a more difficult theme. Sometimes the main goal of an exchange is to reach an advantageous balance of pieces or another advantageous situation on the board. Here is a short list of examples, just to illustrate what I mean:

1) to gain the pair of bishops in an open position

3) to reach a situation with a strong knight versus bad bishop, usually in a position with fixed pawns.

6) to reach an endgame with the superior pawn structure

Below, I provide you with a position which is taken from one of the annotated games. 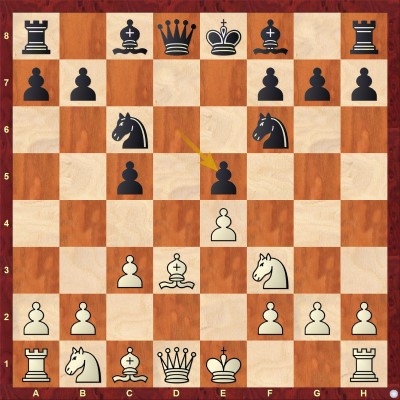 Your task is to consider the exchanges which are favorable for White. Which pieces should remain on the board? What is the dream endgame?

In this chapter, you will find 9 annotated model games.

I like watching press-conferences of elite tournaments where players disclose some secrets of their thinking, knowledge or training. Of course, this happens not so frequently, but when it happens it is priceless. In one of such conferences, Magnus Carlsen said after his game against Teimour Radjabov that the game was more or less easy since Capablanca in his game against Kan already did something similar - you just need to take with the pawns towards the center and that's it. To my shame, I didn't know the mentioned game but nowadays it is rarely a problem to find a game, even if it is relatively old.

After studying this game, you will easily understand the strategical background of the game Radjabov - Carlsen. Here is one of the important positions. 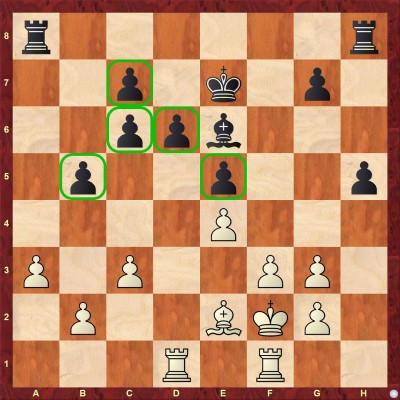 By taking towards the center (...bxc6, ...axb6, and ...fxe5), Carlsen managed to build a powerful pawn center which finally decided the game.

It goes without saying that the presence of queens on the board provides more attacking prospects for one or both players. That's why when your king is unsafe such exchanges should benefit you - and the other way around, if your opponent's king feels in danger, usually you should avoid the exchange of the most valuable piece.

Once again, I offer you to solve an exercise which has been taken from the database. 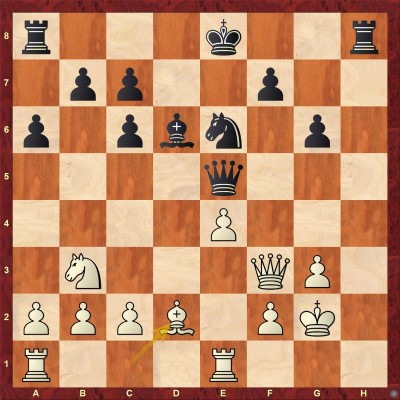 This position has been reached in the game Solak, D - Haznedaroglu, K, ch-TUR 2013. How should Black deal with the threat of Bc3 on the next move?

In this section, you will find 7 model games.

This section discusses some typical situations in which we should avoid exchanges. The most typical case in which one should refrain from exchanging pieces are the positions with a space advantage. Below, you can see an instructive example. 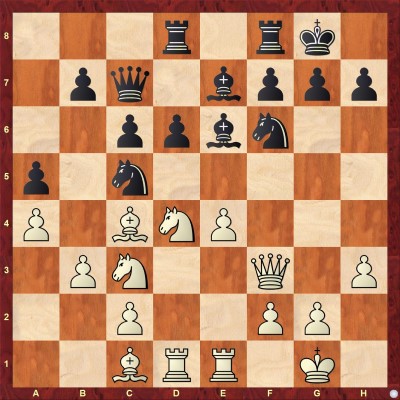 Actually, this position didn't occur in the game Delchev-Markosian. In the real game, the Black pawn was on b6 (instead of b7) and this nuance allowed White to get a big advantage with a tactical shot. Delchev played differently and I have decided to save this example to my "exchanges" folder and share it at this point. Black's last move was Bd7-e6. How should White react to this exchange offer?

In the test section, you will find 14 interactive test positions. Each one of these positions is related to the topics which are dealt with in the database.