GM Mihail Marin continues with the examination of the theoretical subtleties of the Catalan. The current database contains 1 article about the typical Catalan Endgame, 12 theoretical chapters, and 20 Test positions.

In chapters 1 and 2, Marin is completing the systems based on early dxc4.

In chapters 3 – 12, the author is dealing with the complete mainline – Open Catalan with delayed dxc4.

The second part of the Catalan repertoire starts with a fascinating article about the famous Symmetrical Catalan Endgame. It arises after the exchange of the “c” and “d” pawns. The structure is symmetrical, but White still has chances to outplay his opponent.

Mihail Marin explains very well the philosophy of the Catalan opening in a few sentences:

Already in the first article, we have found out that no matter how interesting play gets, there is a certain drawish tendency in the Catalan opening. If White does everything right, his play is more pleasant, either tactically, or strategically, but he could mainly hope for practical winning chances. But this is the fate of most modern openings after all. In this article, we will examine an apparently dry, yet, in my opinion, interesting and deep, situation. One of Black's main hopes for equalizing is exchanging the c- and d-pawns and then as many pieces as possible. But typically White is able to keep a tiny edge due to his slight advance in development. The limit between drawish and promising endings of this kind is very tiny, and once again we can mainly speak about practical chances, meaning that in certain position White should count on winning, say, 4-5 games out of 10.

In the free sample, you can enjoy the technique of one of the best endgame specialist of all time – the Swedish GM Ulf Andersson

In the first chapter, GM Marin deals with the system 5…b5!?. 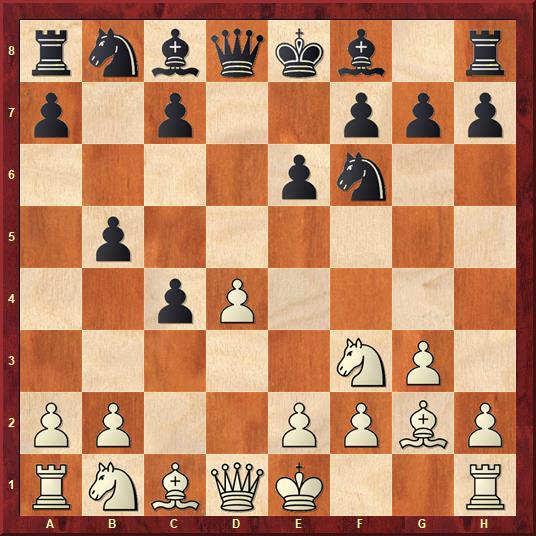 Even though this system is not very popular, it deserves serious attention, because the move 5…b5!? is the most direct attempt at keeping the extra pawn.

Its obvious drawback is that it weakens the long diagonal rather early. 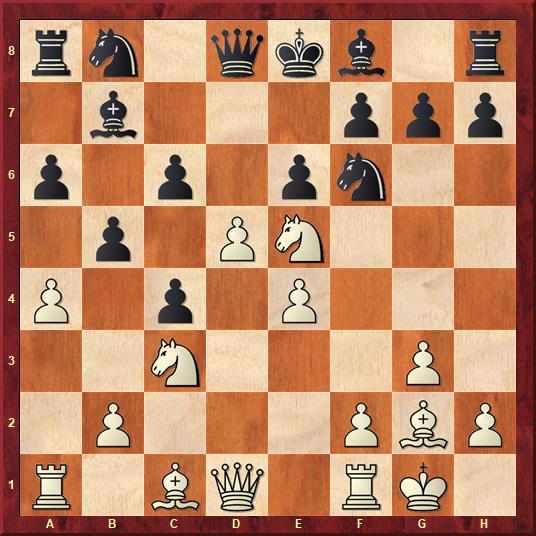 It is recommendable to study very well the article about this structure which can be found in the previous database.

This is the most critical position for the evaluation of White’s idea. Black is a pawn up, but his pieces are still not developed. With an active play, White achieves an advantage in all the lines. Probably the most spectacular one is 11…Be7 and now 12.Nxf7!N with better chances for White. 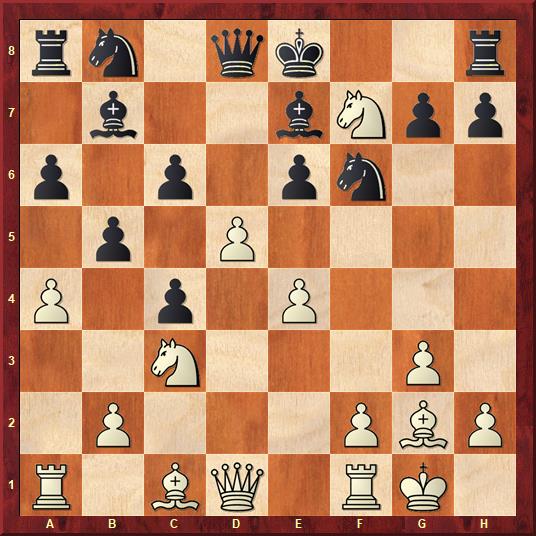 The nice discovery of Marin practically refutes Black's entire concept. In his annotations, the author proves that White's initiative is very dangerous. 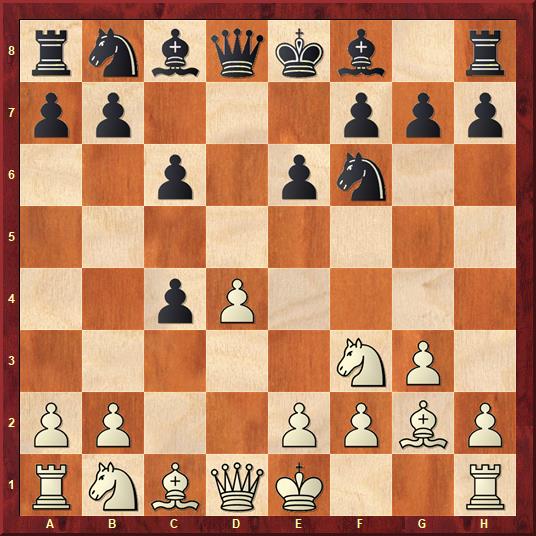 In this system, the arising positions are very similar to the previous chapter.

White’s best move in this position is 6.Ne5, without losing time for castling.

Now, Black is at a crossroad: 6…b5 was considered to be playable until Kortchnoi closed the variation by playing 7.Nxc6 Qb6 8.Na5!! 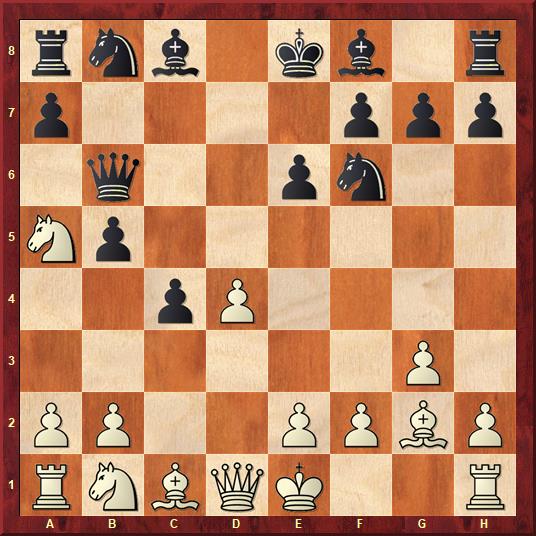 Fantastic move after which Black is in trouble.

Marin analyzed this position in details and confirmed the verdict that the variation is just bad for Black.

6…c5 is another possibility, but it leads to a position from the system with 5…c5 in which White enjoys an extra tempo. Marin suggests 7.Na3! with better chances for White. 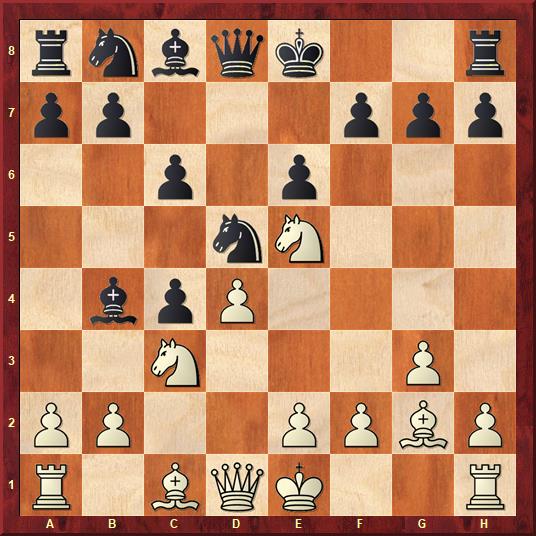 At this point, the author comes up with an almost unexplored idea 8.0-0!. This is not a novelty, but you will find not more than a few games in the database. The idea is quite simple and common for the modern treatment of the Catalan. White does not care about the material and wants to finish the development as quickly as possible. The author analyses four different responses for Black. In all the lines, however, White keeps the upper hand. 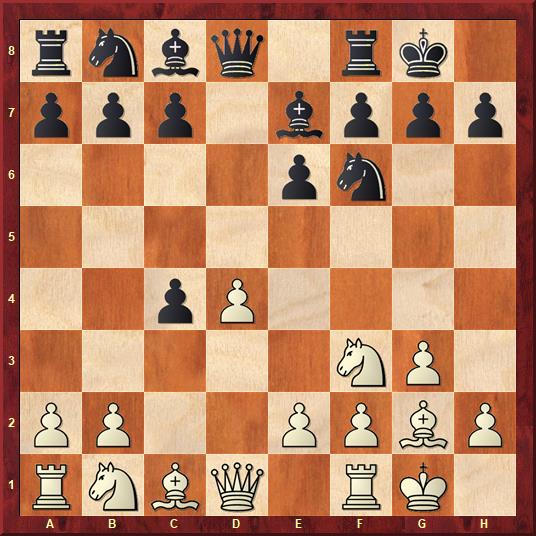 Only after completing the development of the kingside, Black provokes a moment of crisis in the center.

7.Qc2 is the absolute main choice for White and it works well if Black goes for 7…a6.

Now White can choose between 8.a4 which is the most topical move at the highest level and 8.Qxc4 which transposes to our mainline.

In both cases, Black has enough compensation for the exchange.

Of course, White can ignore the “gift” and just take the pawn back. In this case, however, Black is in time to finish the development. Probably, White can achieve a slightly better chances against those two lines, but the author prefers to avoid them.

The other possible idea is 7.Ne5 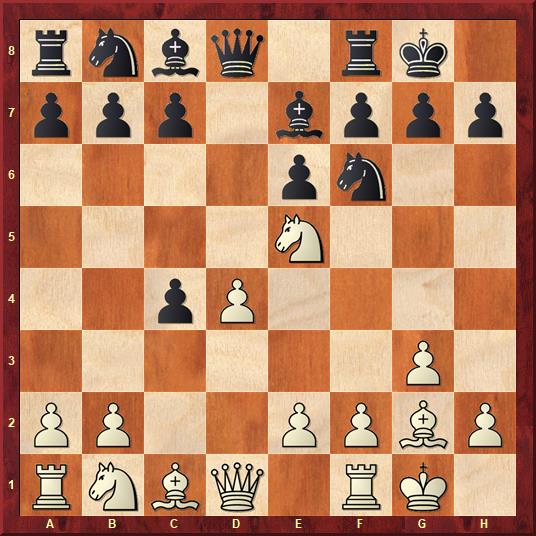 this was tried with success even by Magnus Carlsen.

The variation is quite exciting and playable but Marin prefers to choose a repertoire based on the solid positional ground. This is the reason why he decided to present the move 7.Qa4 as a main line . 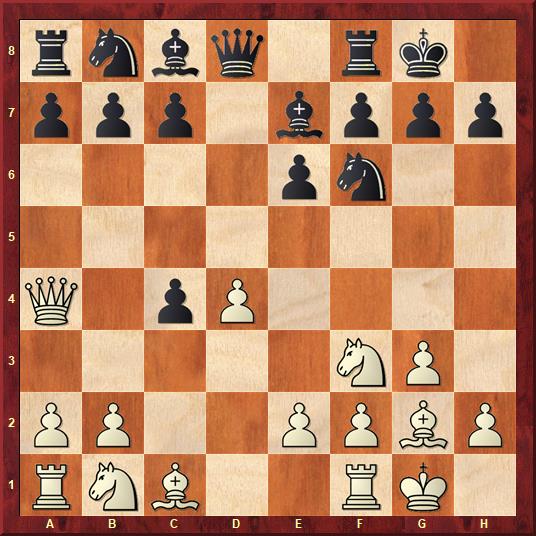 In this Chapter, Marin is making an overview and an introduction to the main line.

He is also dealing with less popular Black’s alternatives like 6…b6, 6…Nc6 or 6…dxc4 7.Qa4 and now 7…b6, 7…c5 or 7…Bd7. After all these moves, White achieves a superior position without many efforts.

The most serious alternatives are 6…Nd7 which transposes to the Closed Variation which is analyzed in Part 1 and 6…c5 which leads to the Tarrasch Defence, after 7.cxd5. White can choose the less ambitious 7.dxc5 which is Marin’s recommendation in his fantastic trilogy about 1.c4, published by Quality Chess.

Later in the chapter, the Marin explains the main difference between 7.Qa4 and 7.Qc2. 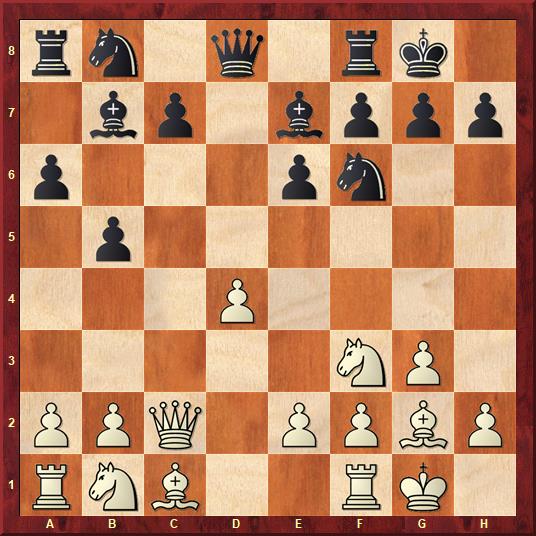 Here is what the author said about this position - This is the perfect main Catalan tabiya. Black has used the tempi wasted by the white queen to neutralize the g2-bishop's pressure and gain queenside space. However, in doing so, he has weakened several squares along the c-file and the a5-square. The outcome of the opening mainly depends on whether Black can carry out the freeing ...c7-c5 under favorable circumstances. The pawn break itself not always ensures equality, as White has chances to obtain a promising ending with an almost symmetrical structure as examined in the strategic article concerning the symmetrical Catalan endgames. 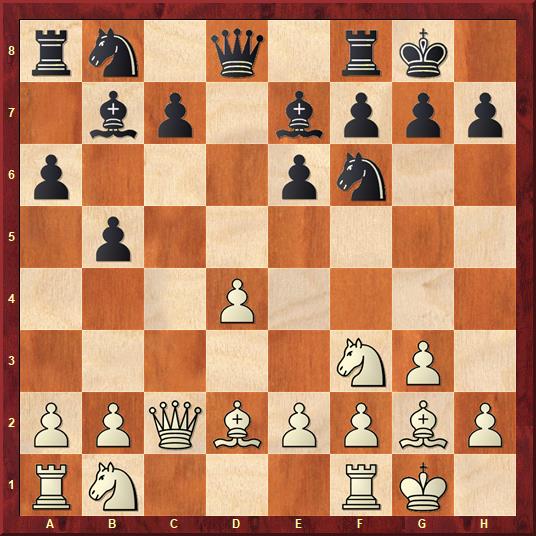 From all developing moves, this is the most paradoxical, although by far the most popular and consistent one. White willingly blocks the knight's access to d2 (given the possible Nb3 which is the most natural way of developing it). The last move actually starts a half-waiting game. White intends meeting ...Nbd7 with Ba5 followed by b2-b4 soon, which in most of the cases, would offer him a stable advantage as Black would have little or no counterplay. Playing b2-b4 with the bishop on d2 usually runs into ...Nc6 followed by ...a6-a5 or vice versa, but there are exceptions, too, when this counterplay does not work out so well. Black has a wide range of plans, which usually is a sign that there is no clear-cut way to equality in any of them. Many of the lines examined below look very similar, but there are small details which change the mutual plans in either case. I have tried to explain the nuances in detail. 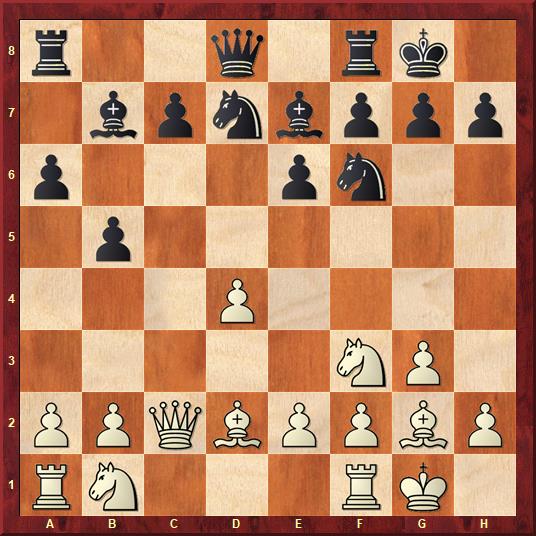 This move does not promise equality for Black. White should continue with 11.Ba5 Rc8 12.Nd2. 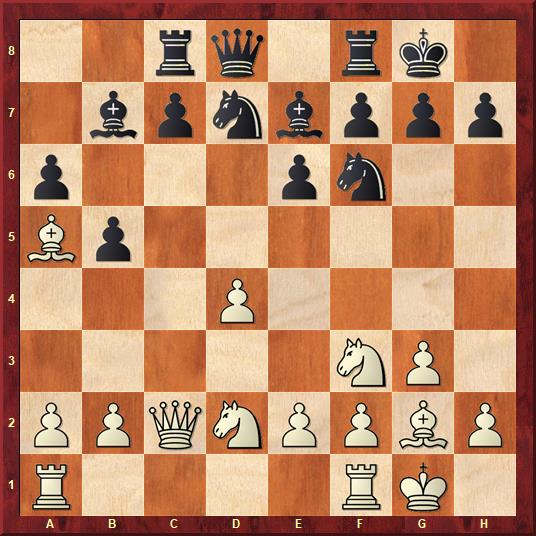 You will find all the details in the chapter. For the moment, we will just mention that White has the upper hand in all the lines. This is why the move 10…Nd7 has the reputation of being a second-rate move. 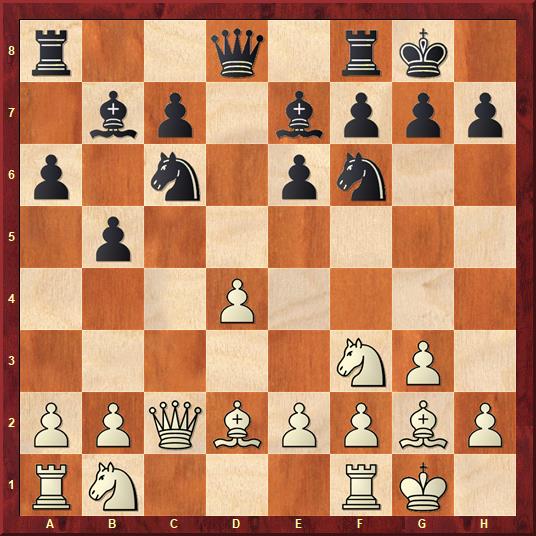 This way of developing the knight prevents Ba5 but requires from Black finding a way to clear the c7-pawn's path. 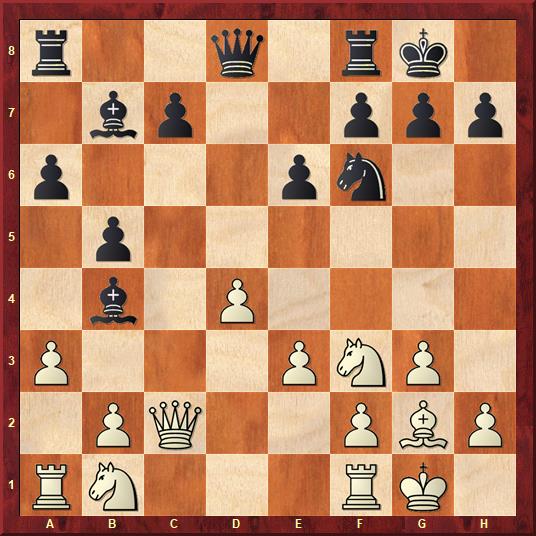 White is in time to prevent c7-c5 break by means of b2-b4 in an appropriate moment. Black tried 13…Bd6 and 13…Be7 but both of them failed to equalize completely. 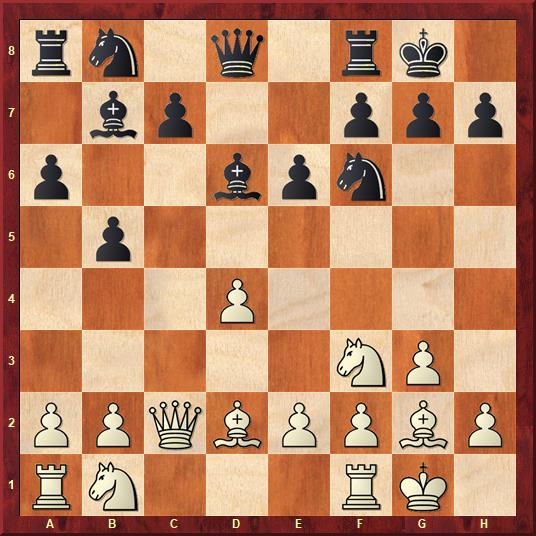 According to the database, this move appeared in the tournament practice just in 2006 but enjoyed some popularity in the recent years.

Top players like Anand, Aronian, Karjakin and even Magnus Carlsen himself tried this variation.

The idea is simple - Black moves for a second time with an already developed piece trying to prove that in the absence of the threat Ba5, White is in a sort of zugzwang.

Attacking the c7-pawn is pointless now, so White is switching to another plan – 11.Re1 with the idea of e2-e4. Black should continue with 11…Be4, but after 12.Qc1 with the idea Bg5 followed by Nd2 and e4, White is just better.

Marin reveals some novelties in his analysis to prove his point. 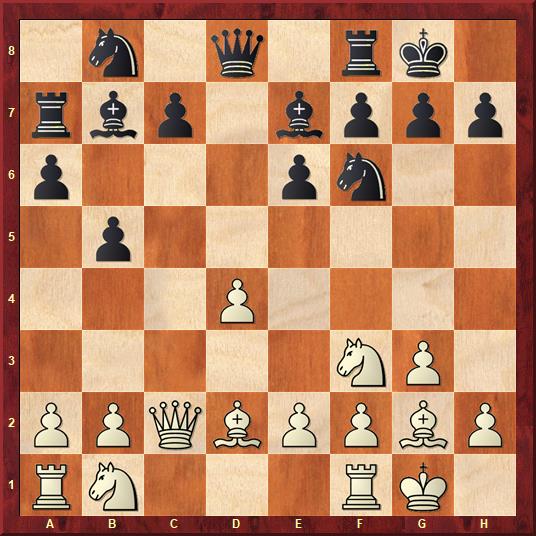 The reader should be already familiar with this idea because it appears in some of the previous chapters.

Black anticipates Ba5 by providing the c7-pawn with some additional defense. 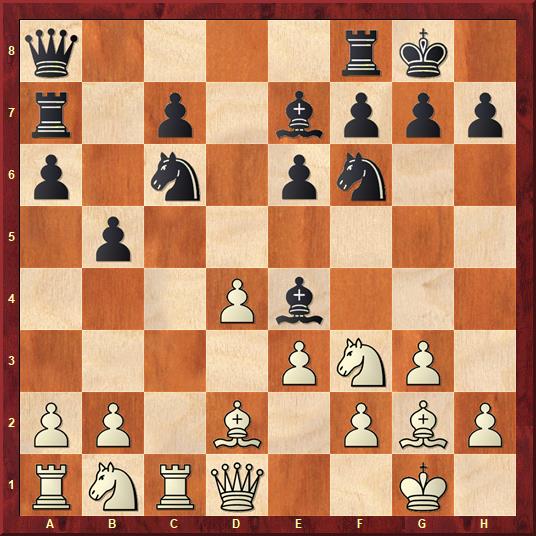 followed by Qf1, Be1, and Nd2 restricting Black’s pieces and achieving a superior position. 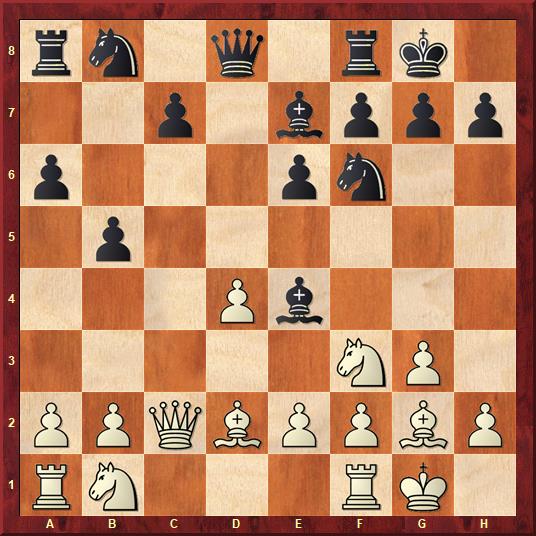 10…Be4 is the most natural move and the main line for Black.

Black is activating his bishop with a tempo. On the other hand, White also can win a tempo by attacking the bishop with Nc3 or Nd2.

After the natural 11.Qc1 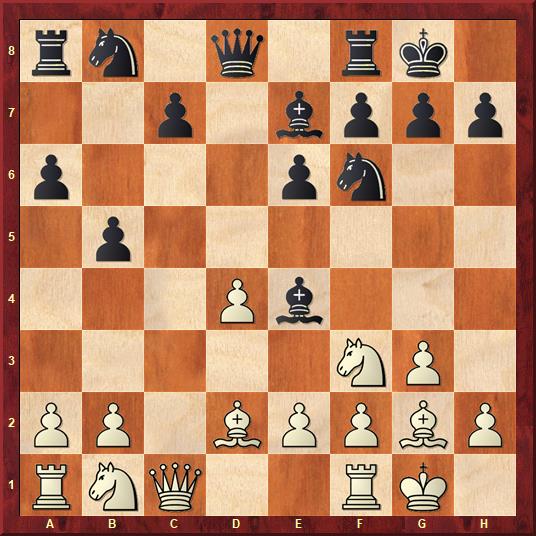 In this chapter, the author is dealing with not very popular alternatives.

11…Ra7 looks just wrong here. White continues with 12.Rd1 followed by Be3 and Nc3 with an obvious advantage.

The old-fashioned 11…b4 deserves attention but White’s position is just better after 12.Bg5.

11…c6 is the most serious alternative. Black’s idea is to avoid Ba5 and to prepare Nd7 followed by c5. This move was also recommended by the German grandmaster Jan Gustafsson in his Catalan video series for chess24.

The drawback is that this plan is too slow and White is in time to play 12.Rd1 followed by Nc3. Black’s bishop is forced to go to the g6-square.

The position remains double-edged, but Marin carefully explains how White should keep a slight edge in the arising positions. 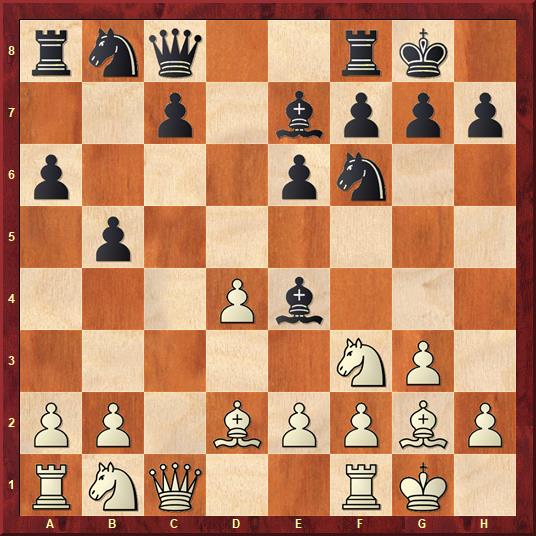 One of the oldest sub-divisions of 10…Be4.

Black’s idea is to prepare c7-c5 and to avoid the pin Ba5.

The logical way for White to continue is 12.Bg5, attacking the knight who is less defended now. 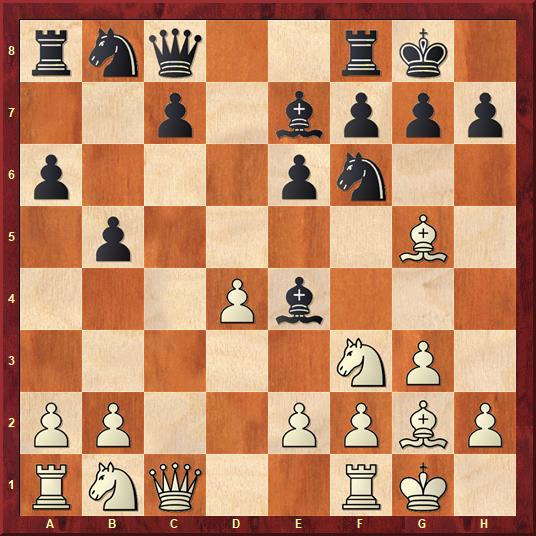 Now, both 12…c5 and 12…Nbd7 are possible and lead to symmetrical positions.

They are very well explained in the article about the Catalan ending at the beginning of this database. 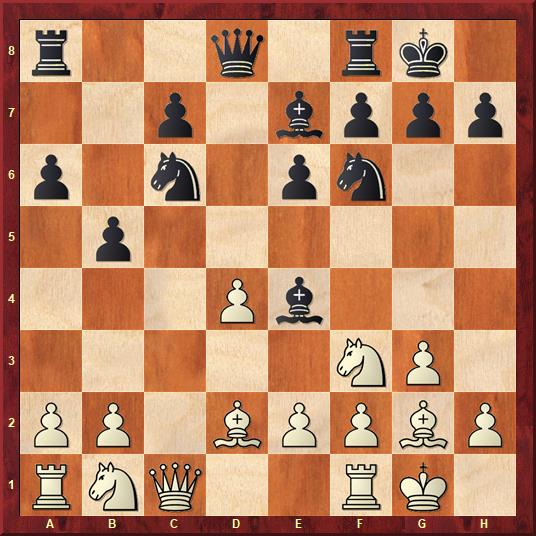 Compared with 10…Nc6 this old-fashioned move has the drawback of cutting the bishop's retreat. 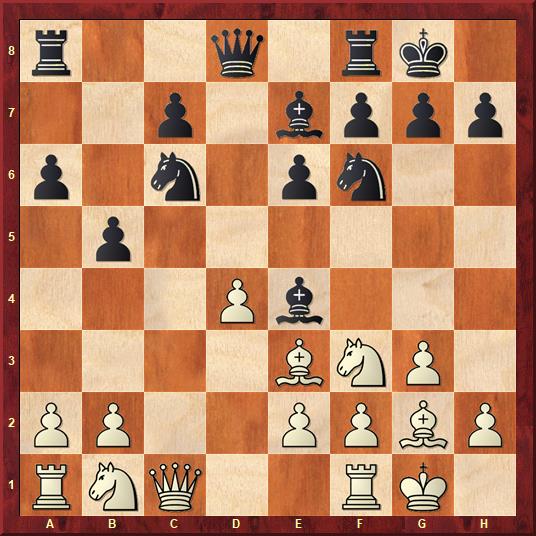 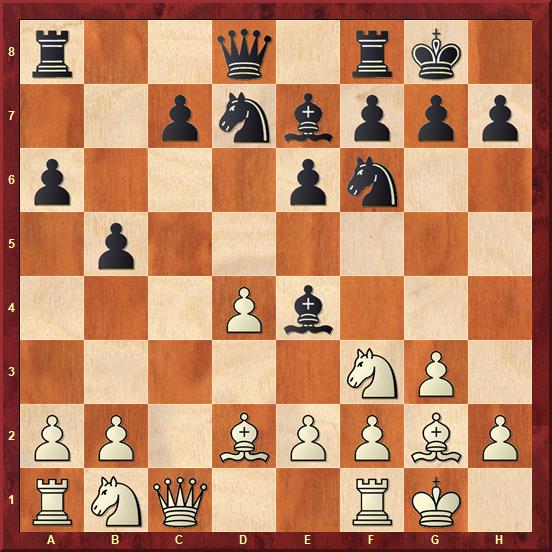 This line has very similar ideas compared to Chapter 4.

The main difference is that Black’s bishop will be on a8 instead of b7 which avoids some of White’s tricks. 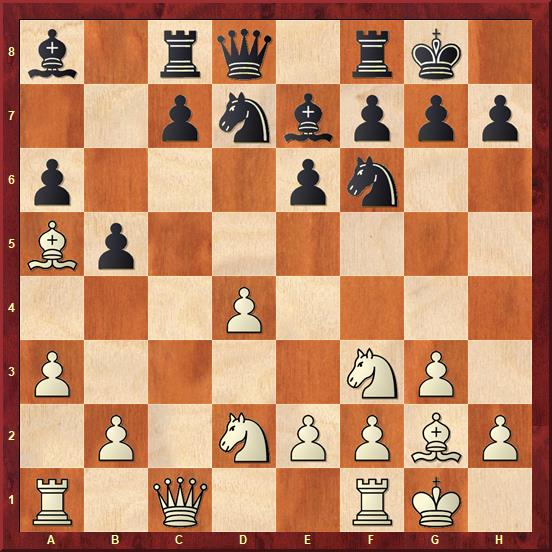 White is preparing b2-b4. In some cases, he can even double the major pieces along the c – file.

Several moves are possible for Black but White’s play looks much more comfortable. 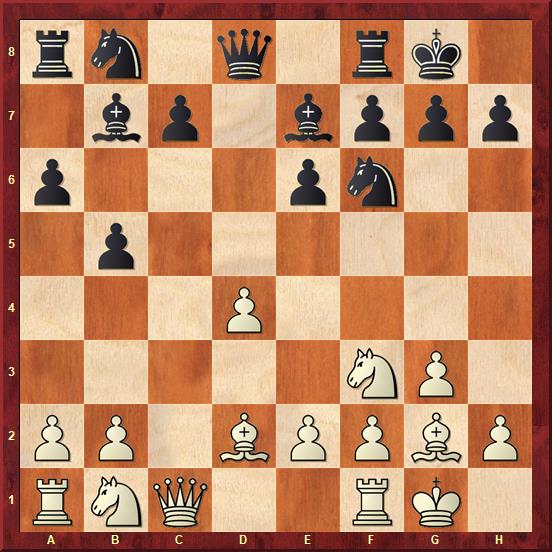 The paradoxical retreat 11…Bb7 is the main line for Black.

It was introduced by A. Karpov during his first match with Kasparov.

This is how the author describes Black’s idea.

Since the bishop will have to retreat soon anyway, why not do it at once? Besides, Black tries proving that White is in some sort of Zugzwang and openly invites him to a draw by repetition.

We are already familiar with the ideas to prepare b2-b4 or to double the major pieces along the c – file. Marin shows one more idea of 12.a3 – to prepare Bb4 in an appropriate moment. 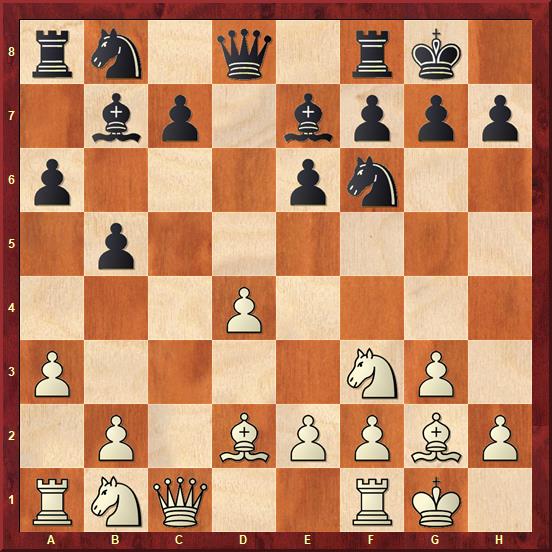 The author analyses 12…Bd6, 12…Nd7, 12…Qc8 and proves an advantage for White after all of them. In this chapter, the author provides the reader with a number of interesting novelties.